With Gordon and Maureen. This is the same walk as on Jan 20, without the extra section from Deeping St James. About 7 miles. The weather was less sparkling, but warmer.


We left Market Deeping market square, along Stamford Road, walking on the right hand side path.
At the big roundabout we continued in the same direction, over Greatford Cut, and past Molecey's Mill which is on the other side.
About 100 meters past the mill, we crossed the road and followed a footpath, between a hedge and a fence to a small river, which may be the route of the old Stamford Canal. After about a mile and a quarter we arrived at West Deeping. The path turns right just before a bridge over the river, and continues down The Lane, coming out near the Red Lion.
We turned right and walked past The Boaty, as far as Church Lane, where we turned left past the Church and West Deeping Mill and walked alongside the mill stream for a while, before turning back.
We went back along Church Lane, turned right at the junction and crossed the double bridge over the Welland. A few yards beyond this we took a footpath to the left into the meadows next to the river. A clear path along the river took us to another arm of the river. We followed the bank left to Maxey Sluice and the mill. 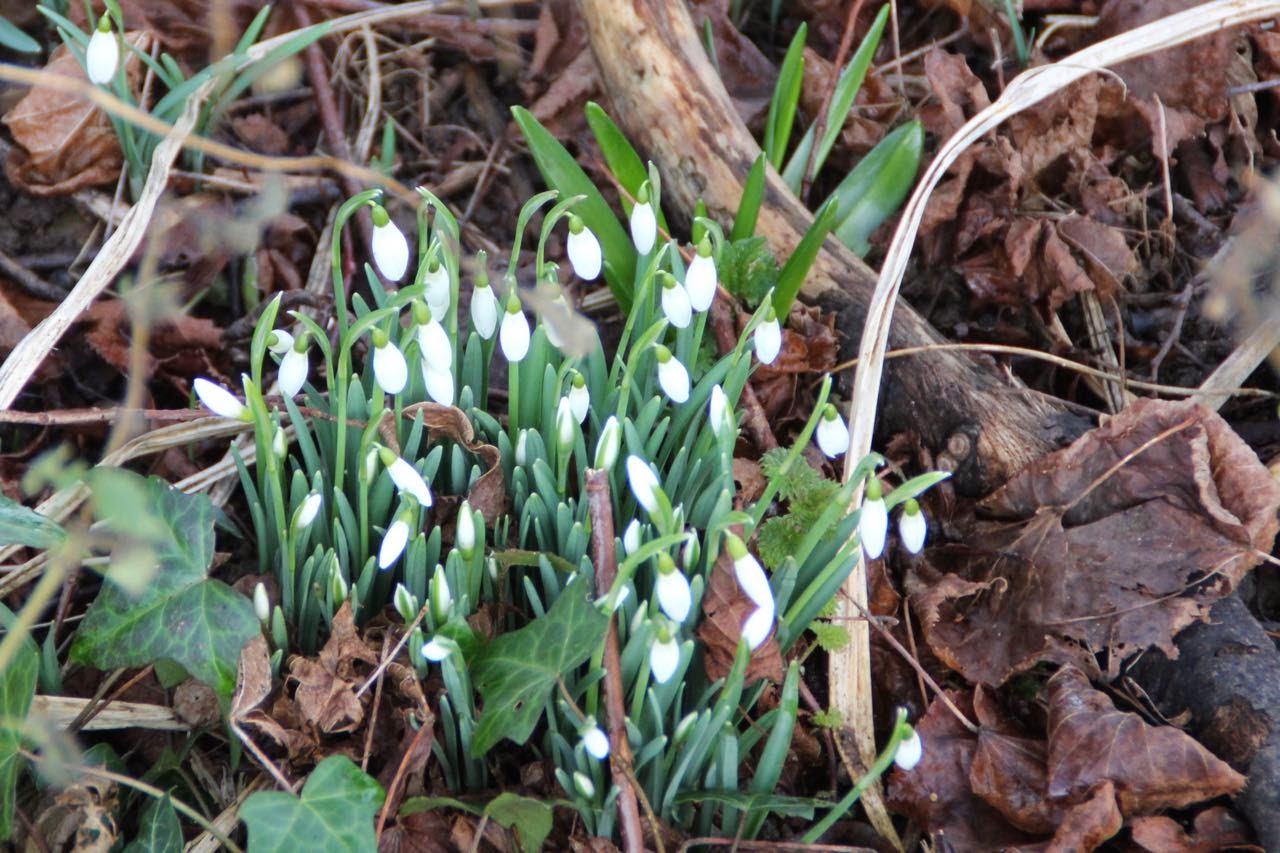 Just after the mill we reached the road, and turned left. Our path left the road on the left a few yards further on. From here it was simply a question of following the river (now on our left). It goes under the A16, and comes out at the Old Market Deeping Bridge.
We turned right and followed the footpath over a couple of fields and behind some houses until it rejoined the river. We walked past the High Locks as far as the bridge in Deeping St James, before returning to Market Deeping. 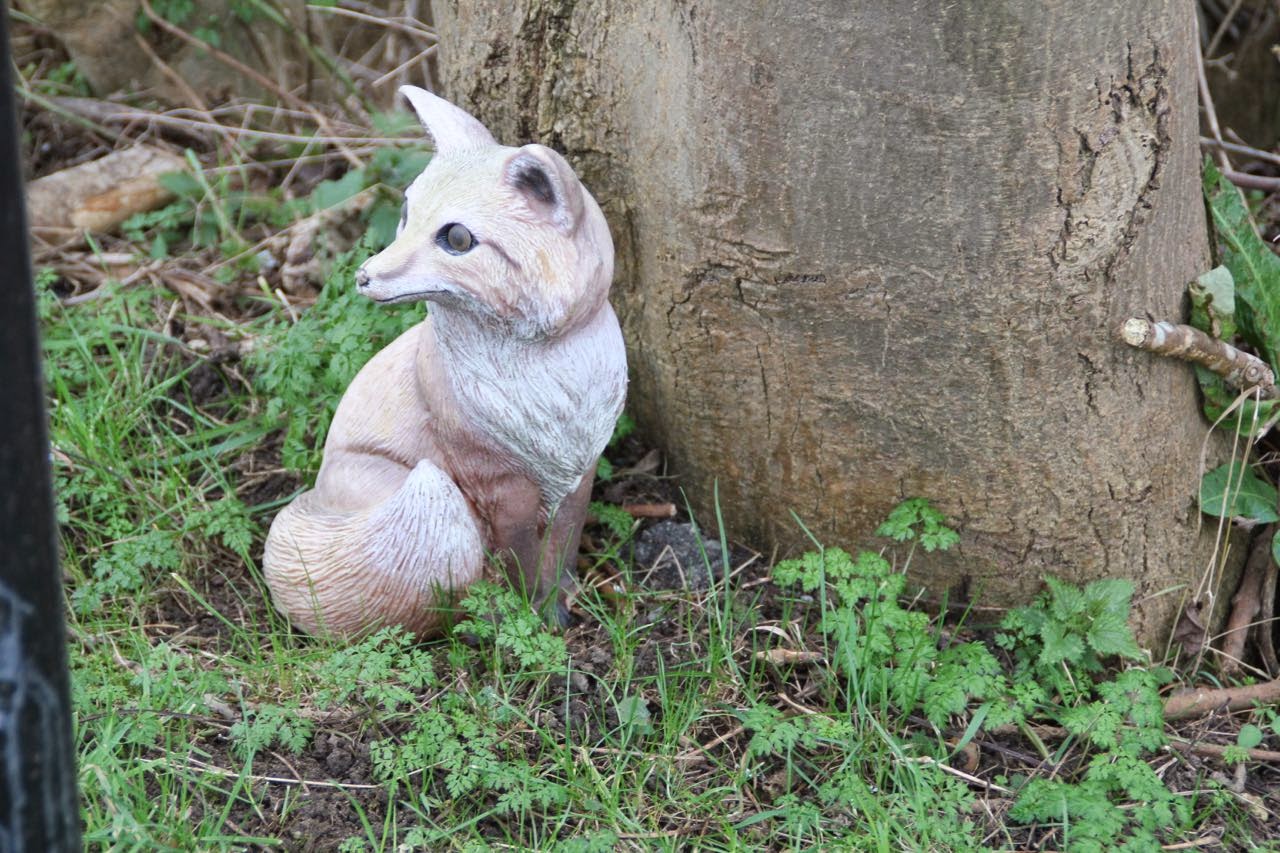 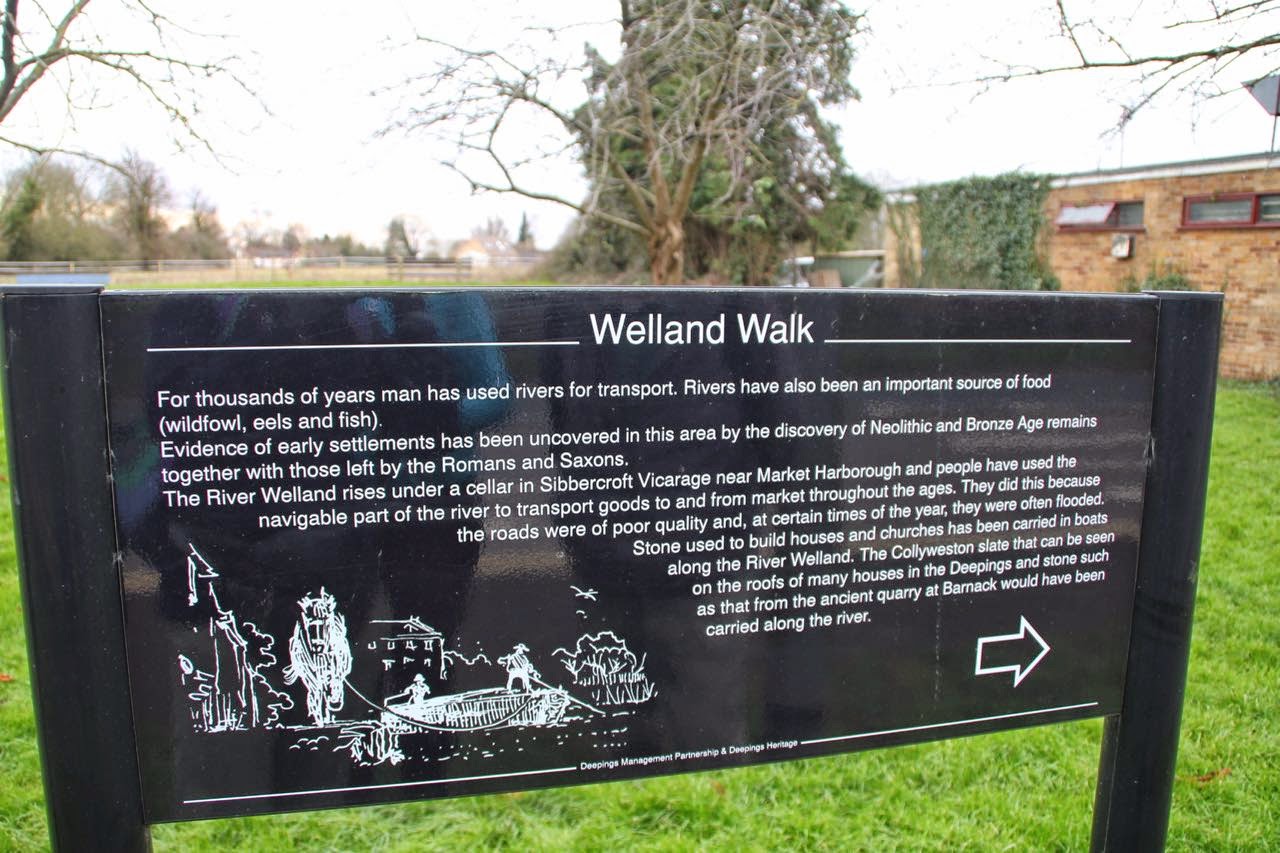 Map and details
Posted by aliqot at 10:45 PM

I think I remember something about you doing this walk some time ago Alison and there was a stop at the Fish and Chip shop in Market Deeping.?

Not me, Roy, though I could be tempted.

Nice pics. I like the fine stone bridge...and the cute fox!

Thanks, Harry. We saw a(nother) real fox the other day too.

Super photos, Alison and how wonderful to see snowdrops!

Thanks, Ida. The snowdrops are certainly a bonus.