This is the same route as my walk on 5 January, with an extra couple of miles added along the river after the bridge near Uffington. Worth the detour for the heron, two little egrets and swans.

We set off from the car park at Burghley House, followed the drive down to the entrance gate and turned right along the roadside footpath. When we reached the bend near the Dingle, we crossed over and followed the footpath down the track to the left of the Dingle, then to the right, round the edge of the field and across the railway line. Then we crossed another field and met the path along the raised river bank, and through a gate to the road.

Instead of turning left over the bridge we went straight on following the river until the way was blocked by a gate. 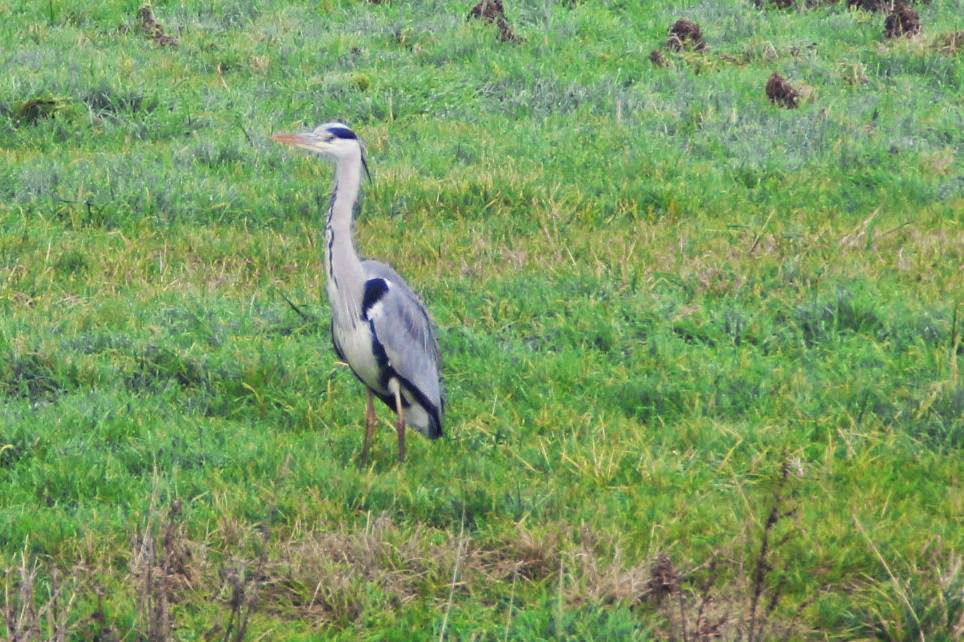 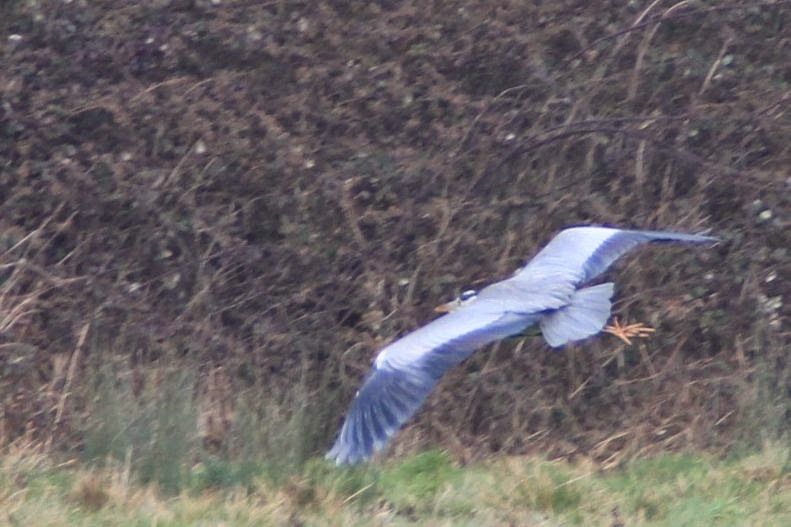 We retraced our steps to the road, went over the bridge, and took the footpath immediately afterwards on our left, along the route of the Stamford Canal. 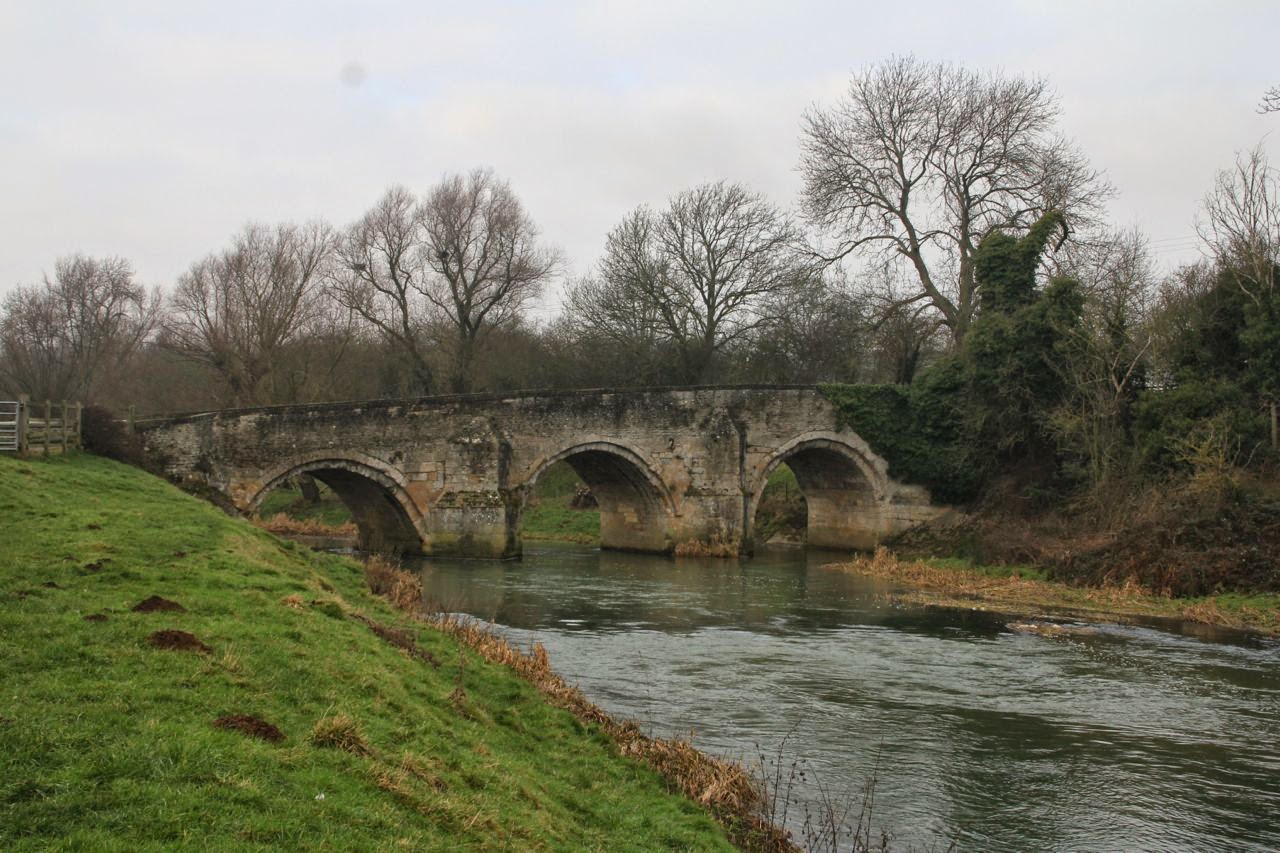 The pleasant level path led us towards Stamford, turning left at a footbridge and through meadows towards the mill. 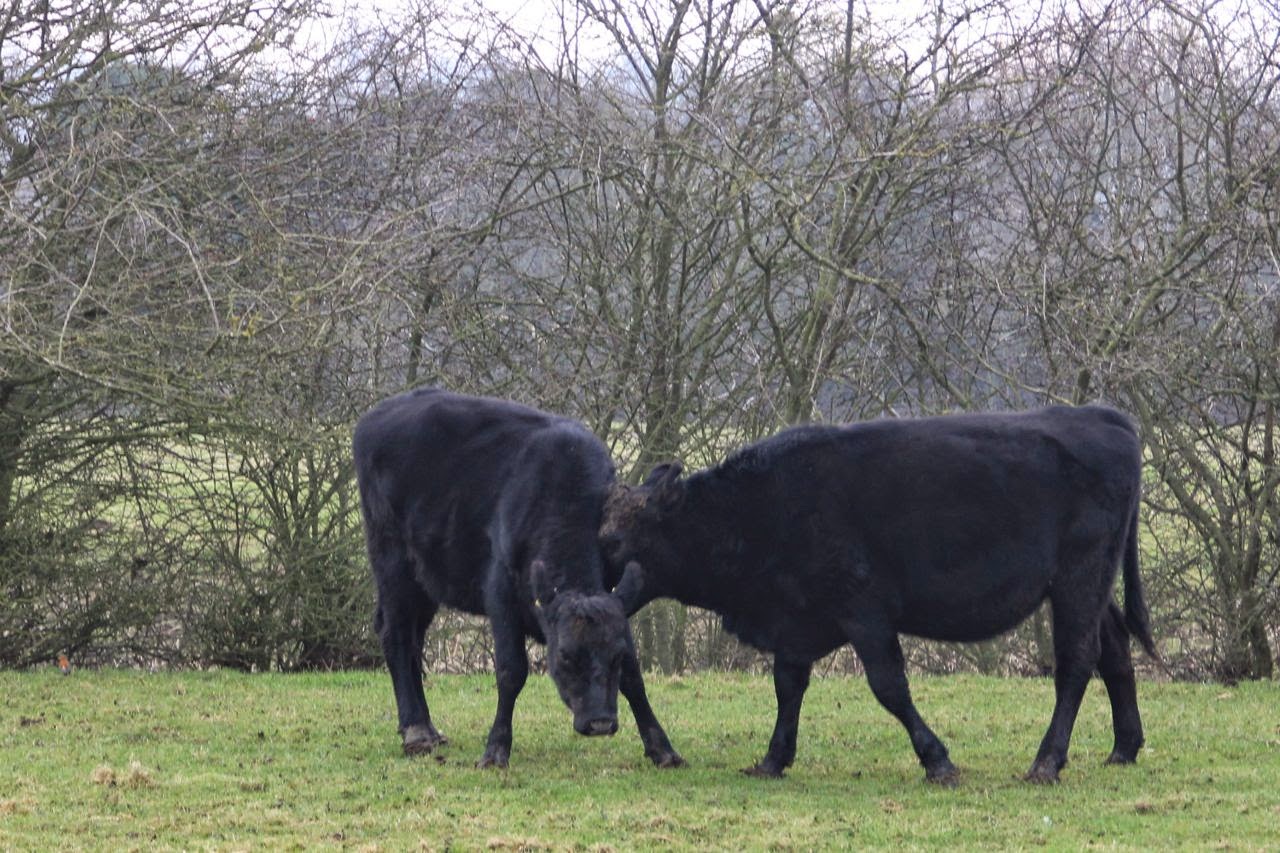 These two seem to have the field to themselves. 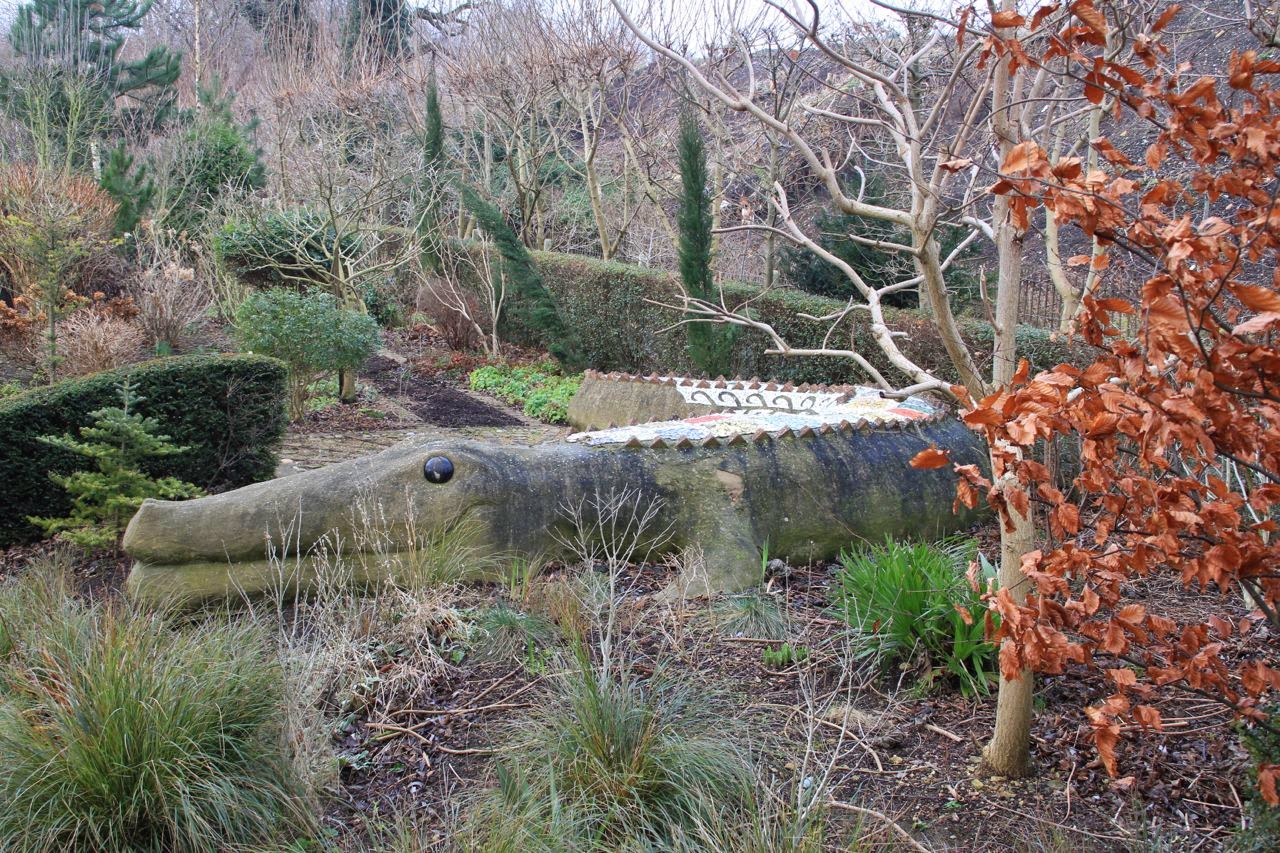 At the mill we glanced at the mosaic croc, and took a brief wander over the bridge, before returning to the bridleway and up to the Uffington Road. We walked along Priory Lane. 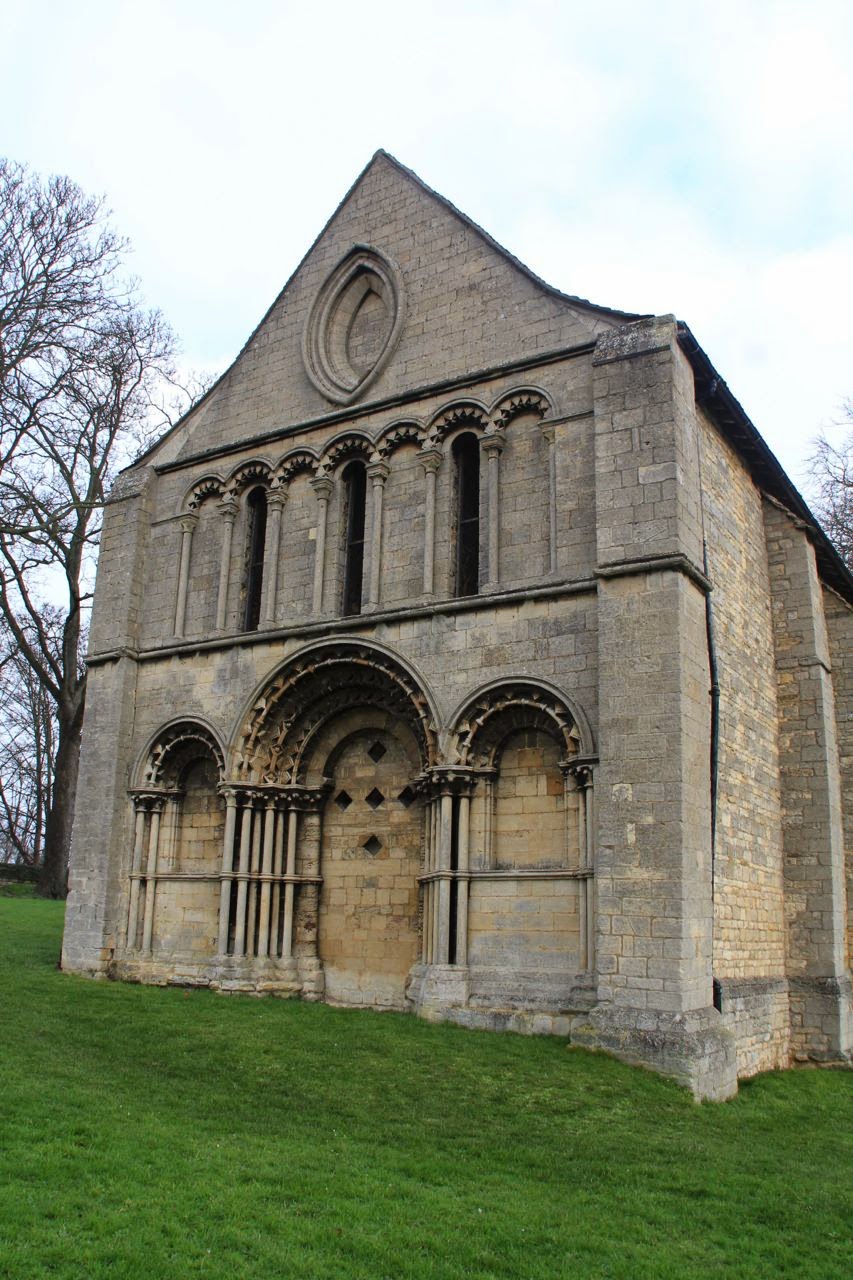 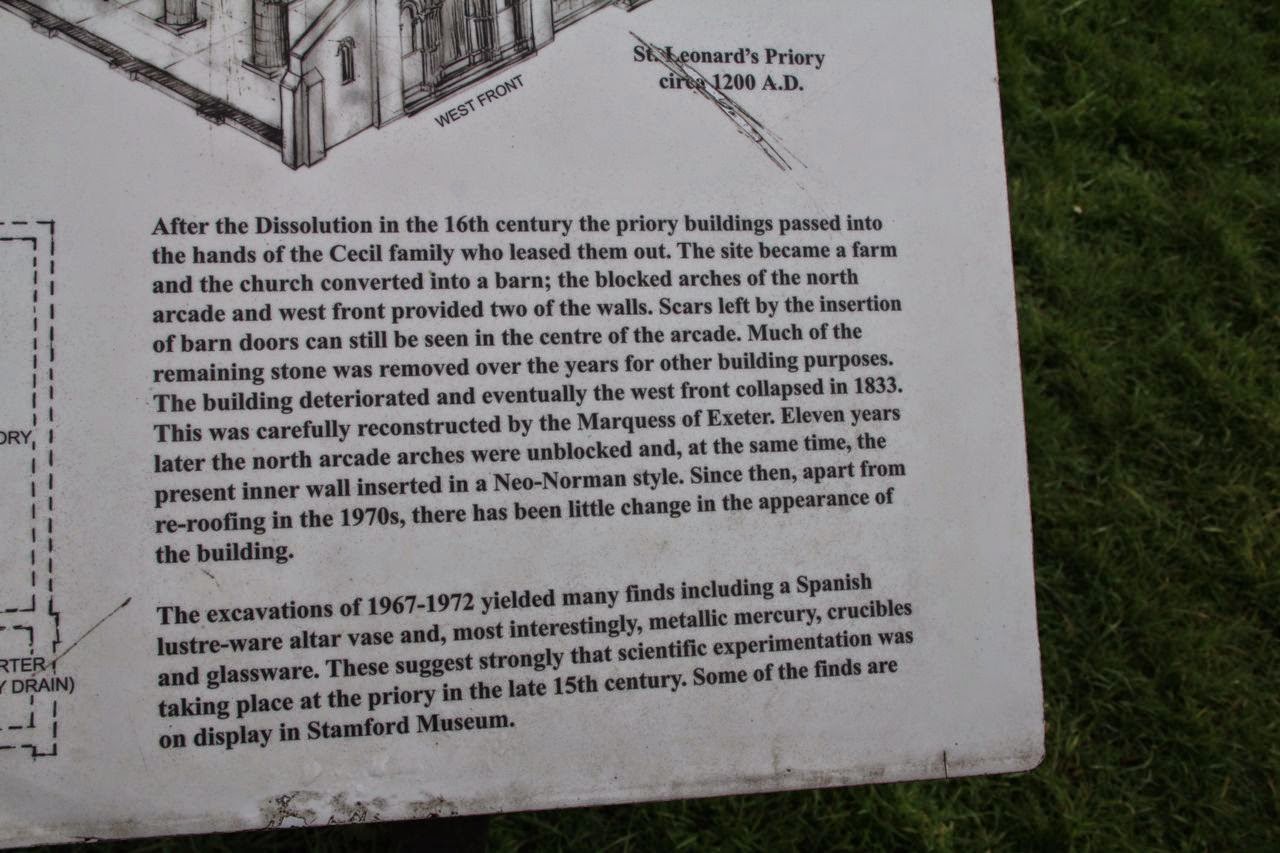 We'd had our break beside the old canal bed, so didn't hang around the Priory for long. 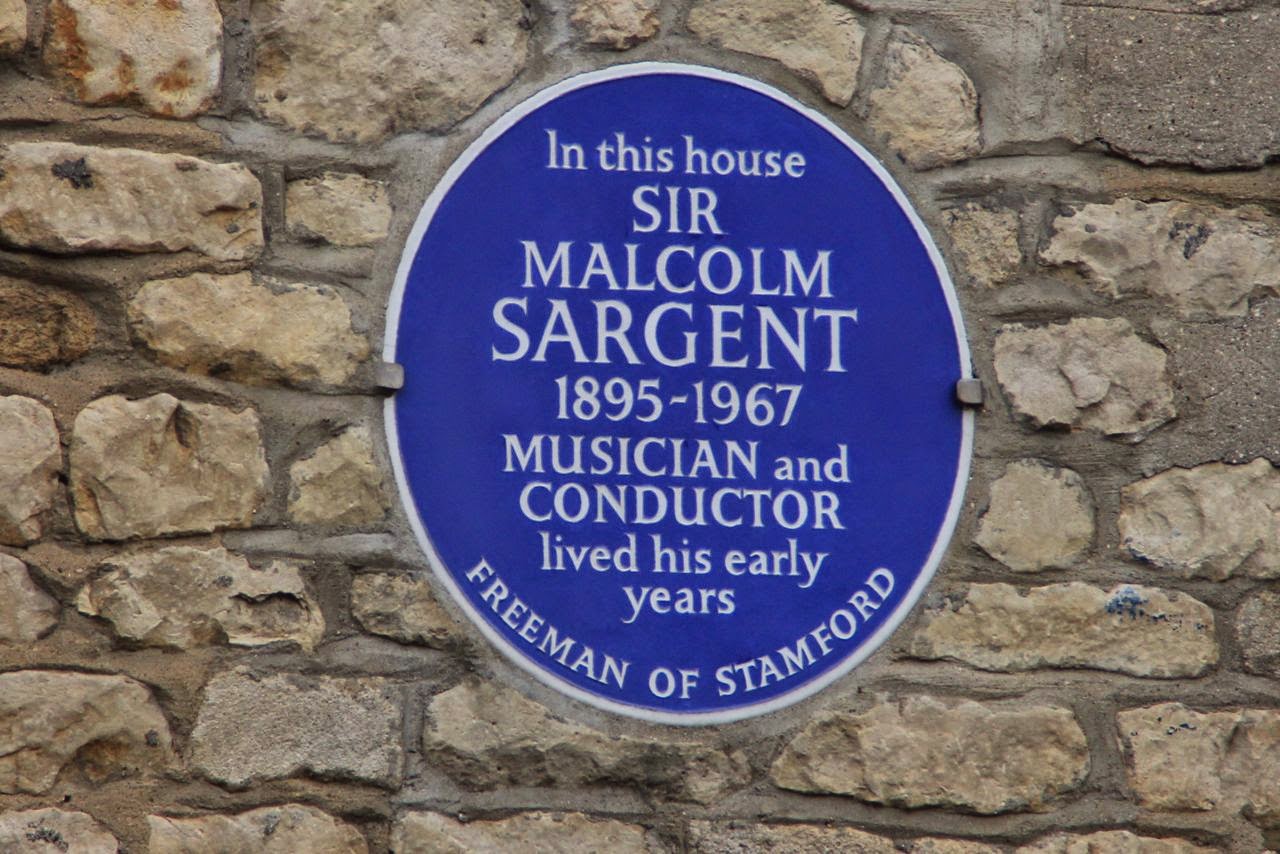 Another historical snippet from Stamford.
After the main car park we turned left and crossed Albert Bridge, and turned left beside the river, followed the road as it bent to the right, then crossed over to the pedestrian entrance to Burghley Park. 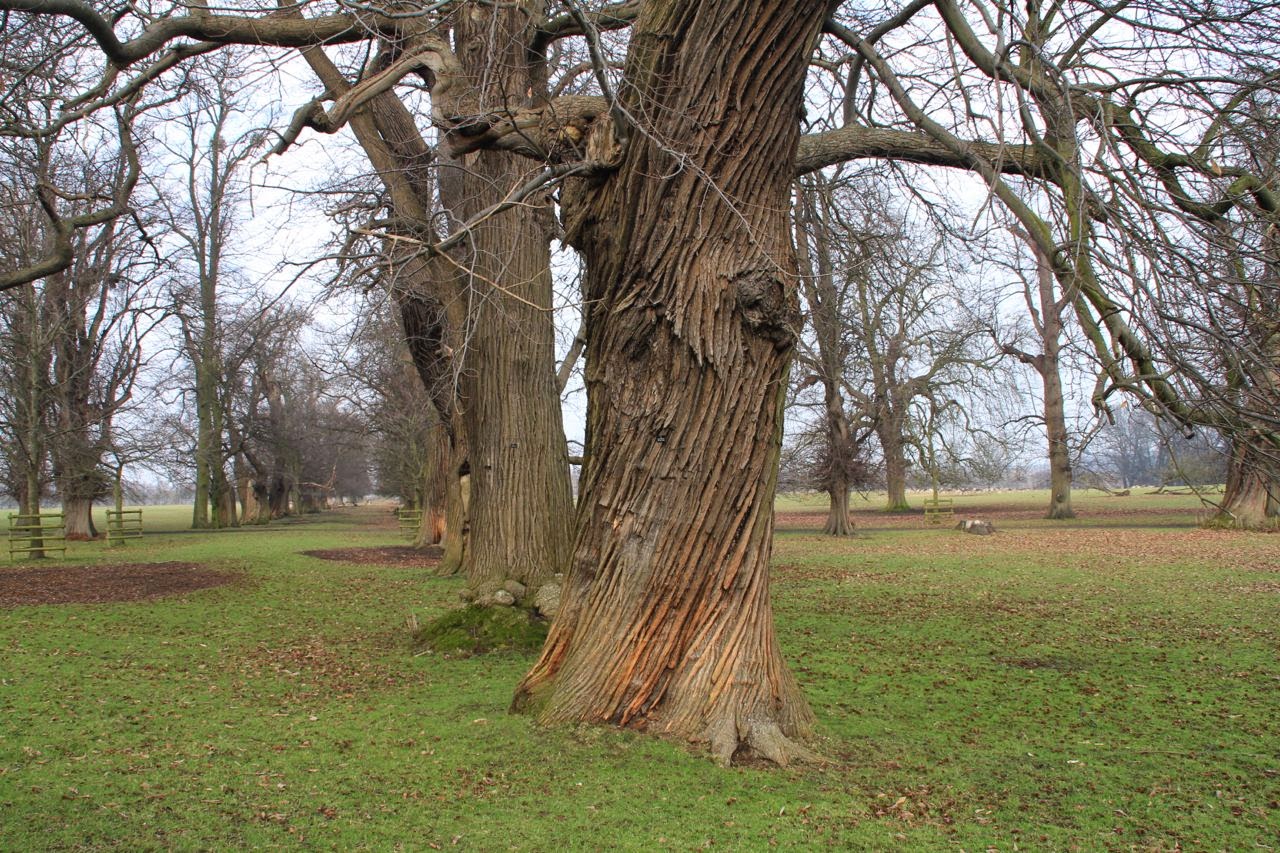 We had sandwiches and a coffee in the Orangery, then made our way home.

Map and details
Posted by aliqot at 4:40 PM

That looks and sounds a lovely and
fascinating walk, Alison.

Thank you, Ida. The Welland valley is surprisingly interesting. Lots of wildlife and lots of history too.