Taken from Market Harborough and Rutland Living Mag. One or two of the street names were not quite correct in their original instructions . . .

The distance is clearly wrong according to the machine, here. - I suspect the fact that we went inside a coffee shop and then spent almost an hour inside Peterborough Cathedral is to blame! I think we  walked 7 or 8 miles max. rather than over 12!

The walk begins at Thorpe Wood Nature reserve car park, at the corner of Thorpe Road and Holywell Way, Longthorpe.

We head south through the wood, and turn right taking the footbridge over Nene Parkway. 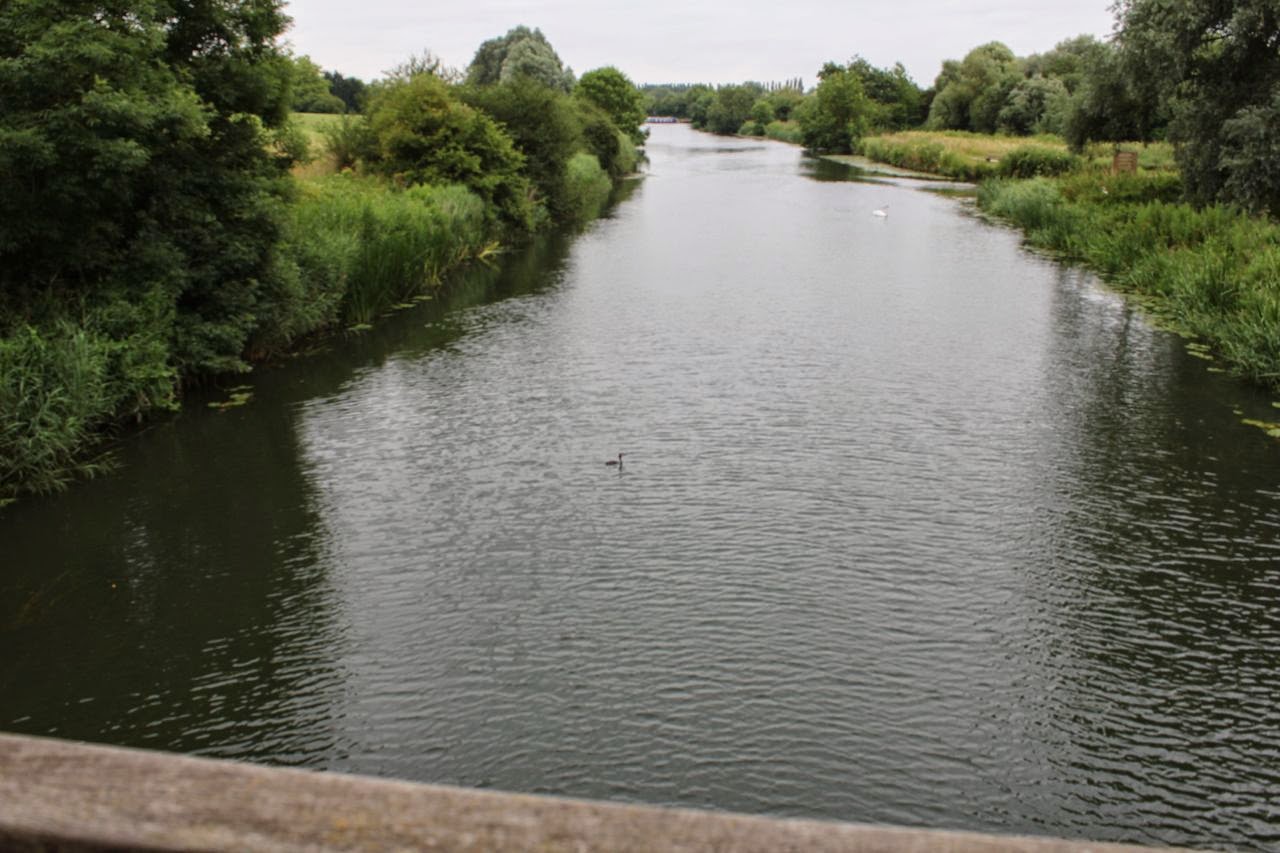 Then we cross Thorpe Park Road, turn briefly right towards the police station, then left along the footpath towards Ferry Meadows Bluebell Bridge. We cross the bridge and follow the footpath west to Ham Bridge, cross over then turn back east, then south.

We follow the path as far as the Goldie Bridge, where also cross the Nene Valley Railway line. We turn east (left) alongside the tracks towards the city centre.

We have to recross the railway, then the river with its lock and sluices, before the path goes underneath the Nene Parkway.

Our route is now northeast, along the south side of the rectangular Rowing Lake, through Thorpe Meadows with its collections of sculptures. 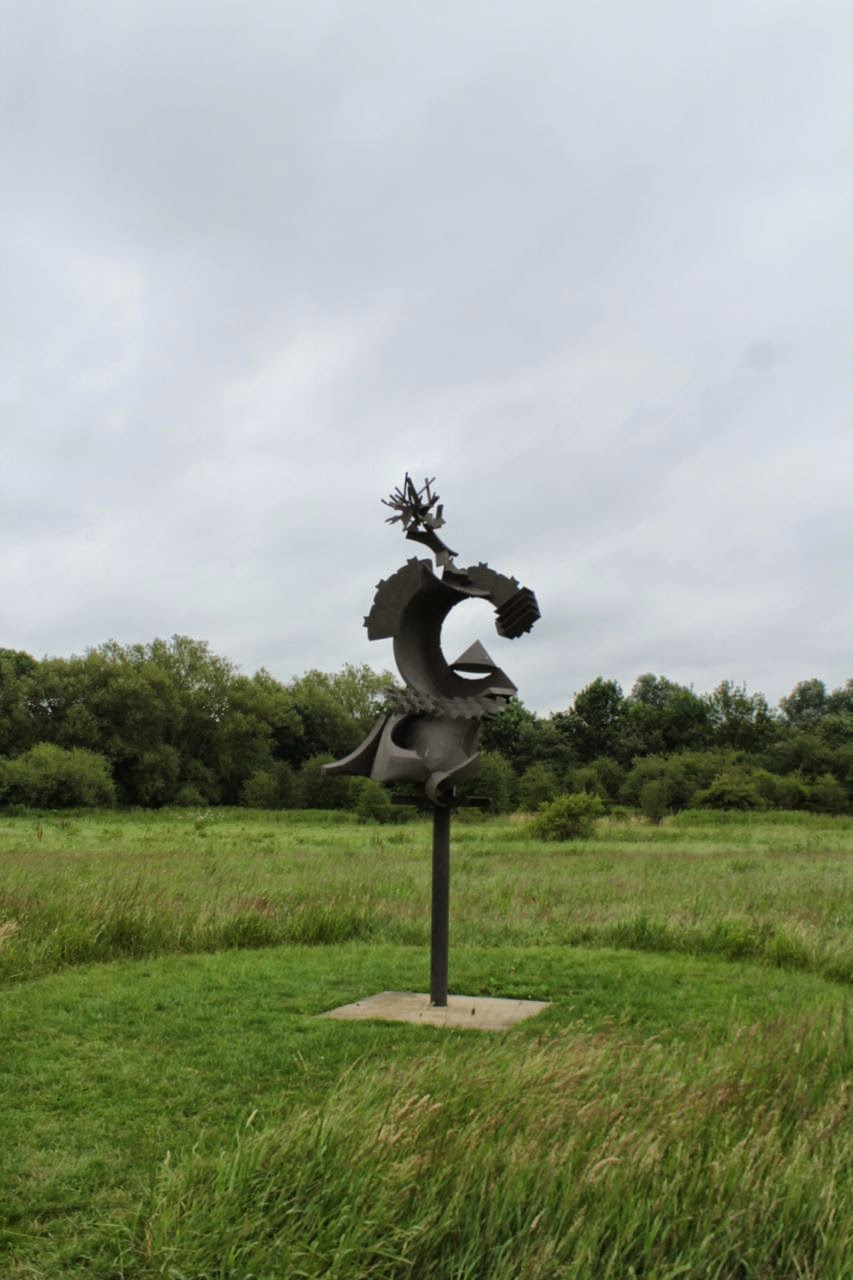 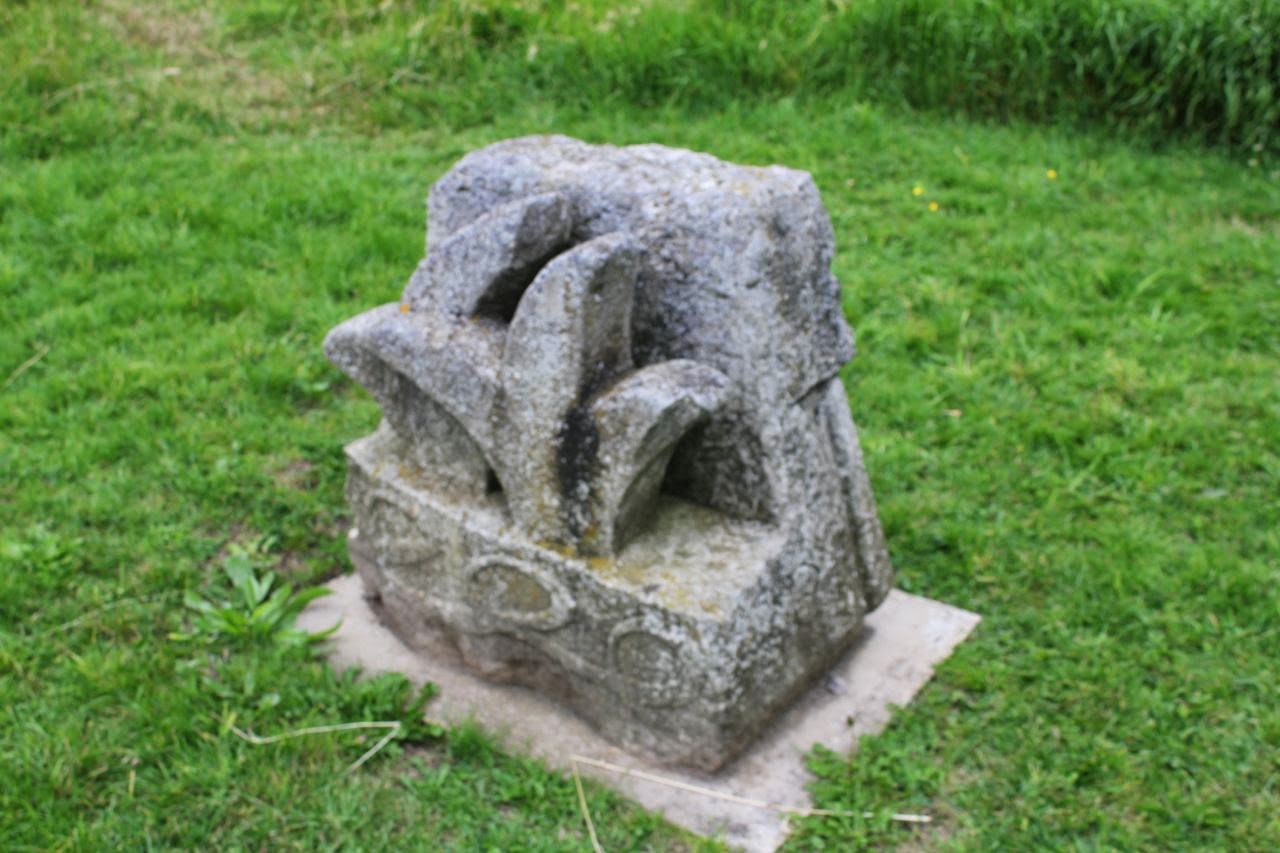 When we reach the pub at the end of the lake, we turn right over a bridge into Shrigley Wood and the Boardwalks, a reserve for amphibians.  We take a grassy, then muddy path south to join the main Nene Way footpath beside the river, and follow this east towards the city centre. 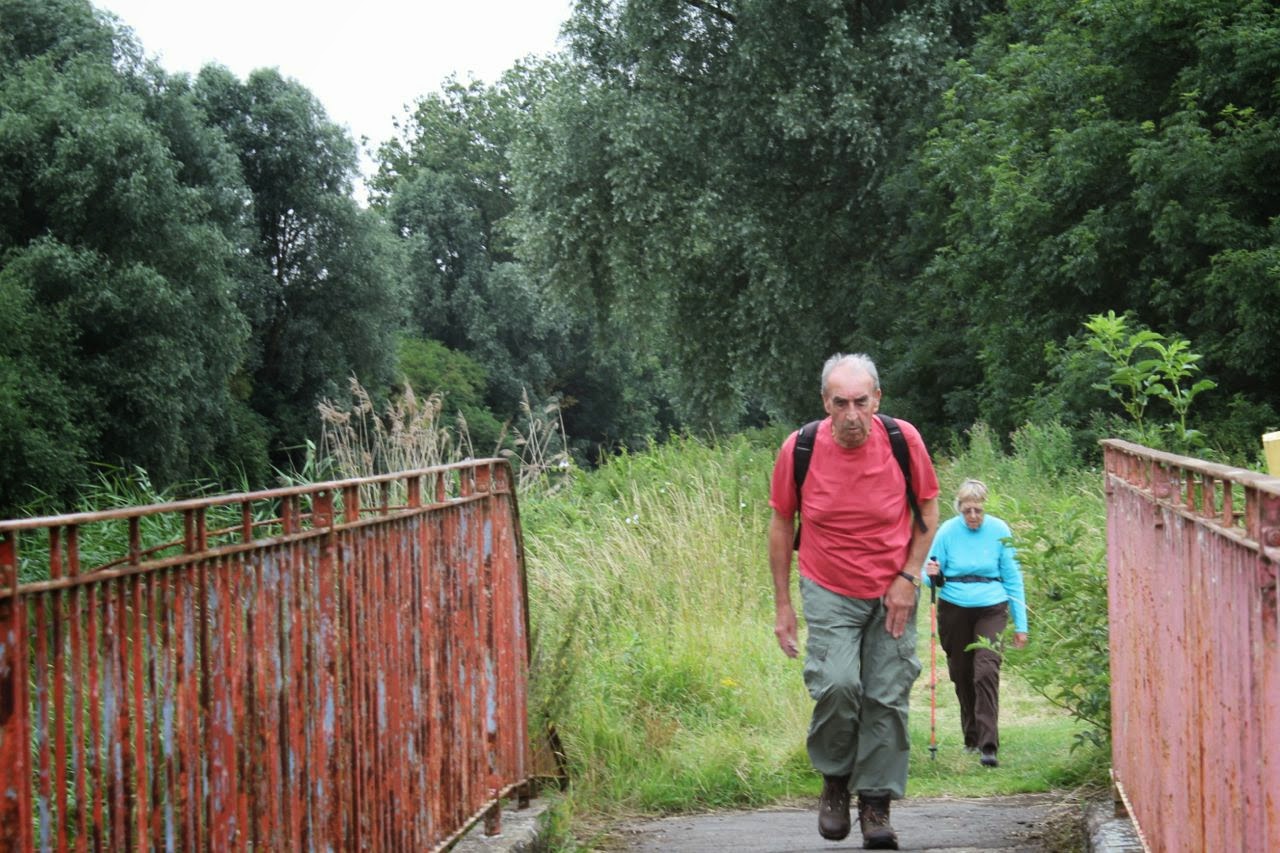 At first it's grassy, but turns into a surfaced walkway behind some waterfront flats. 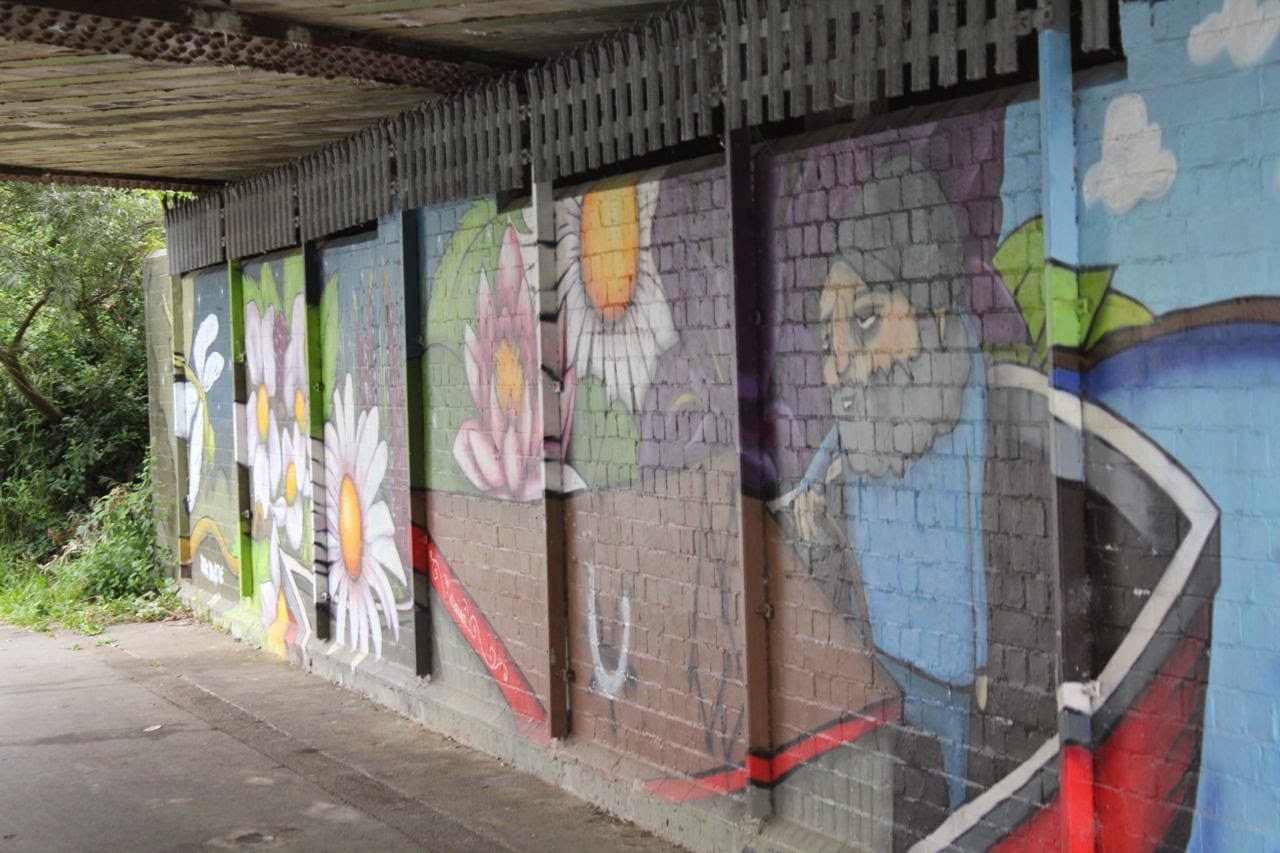 We walk under road and rail bridges, and just opposite Charters Bar (an old barge from the Netherlands) , at Town Bridge, we turn left up a ramp to a city street. We head left into town in search of coffee. 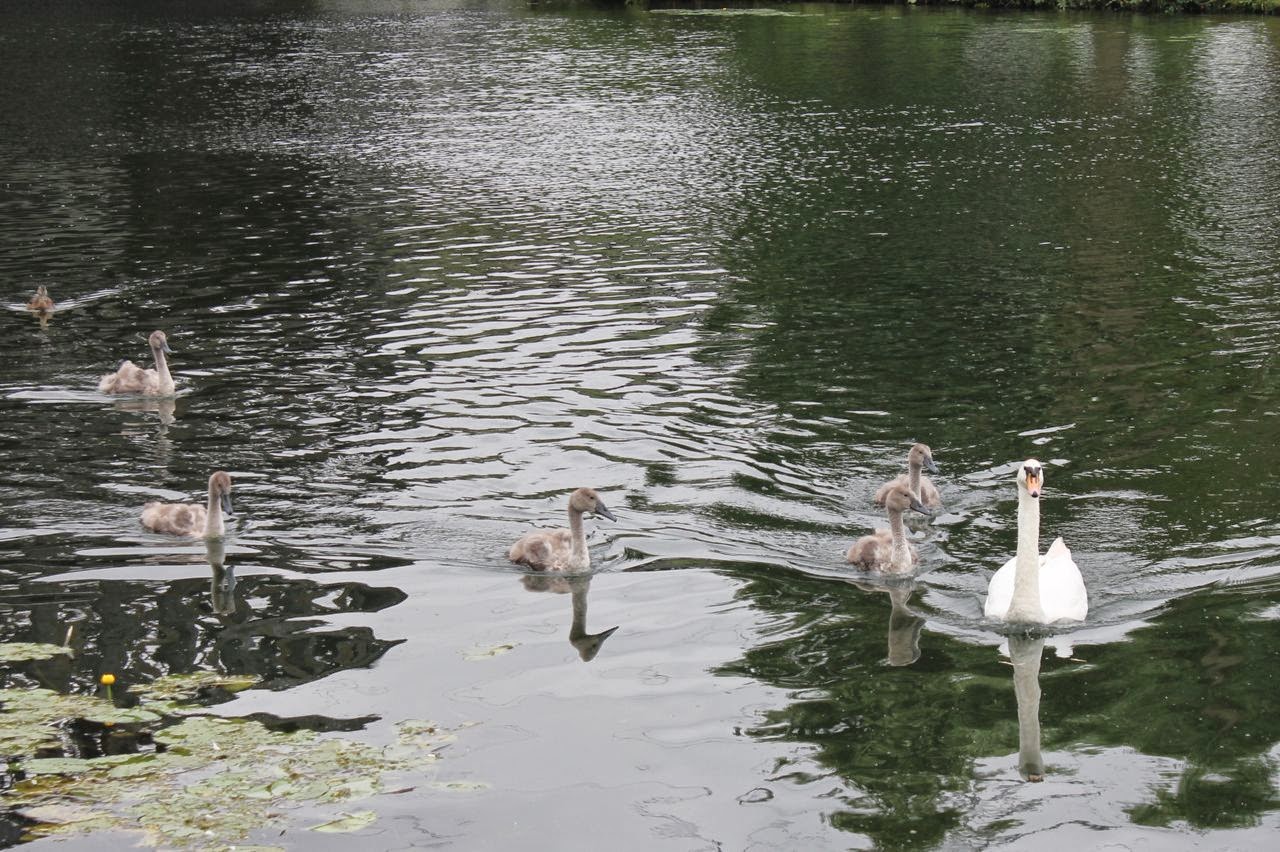 Gordon has never visited the Cathedral, so we spend an hour wandering around. There's an exhibition about the construction of the building, and another of portraits of various refugees who have made their home in the city - from Europe, Africa and South America.
We see the grave of Katharine of Aragon, and the one-time grave of Mary Queen of Scots.
We admire the ceiling.
Of course an hour is not long enough, but what we see is impressive.

From the cathedral we walk west towards the Guildhall, and along Church Street, then Cowgate, before taking the subway under Bourges Boulevard to reach the road bridge over the railway. We end up on the wrong side of the road and have to cross so that we can go down the steps to the left, just after the bridge.

these take us into River Lane, where we turn left and walk round to the right parallel to the railway, swinging right again for the footpath to Thorpe Meadows. We walk along the north side of the meadows as far as the hotel by the Rowing Lake, where there's a convenient bench for us to eat Maureen's scones.

We leave the riverside area and go to the roundabout past the hotel. We cross to find the footpath between Longthorpe Parkway and the section of Thorpe Road heading north. a narrow gap in the hedge. It crosses a field and heads towards the Sue Ryder Hospice at Thorpe Hall. 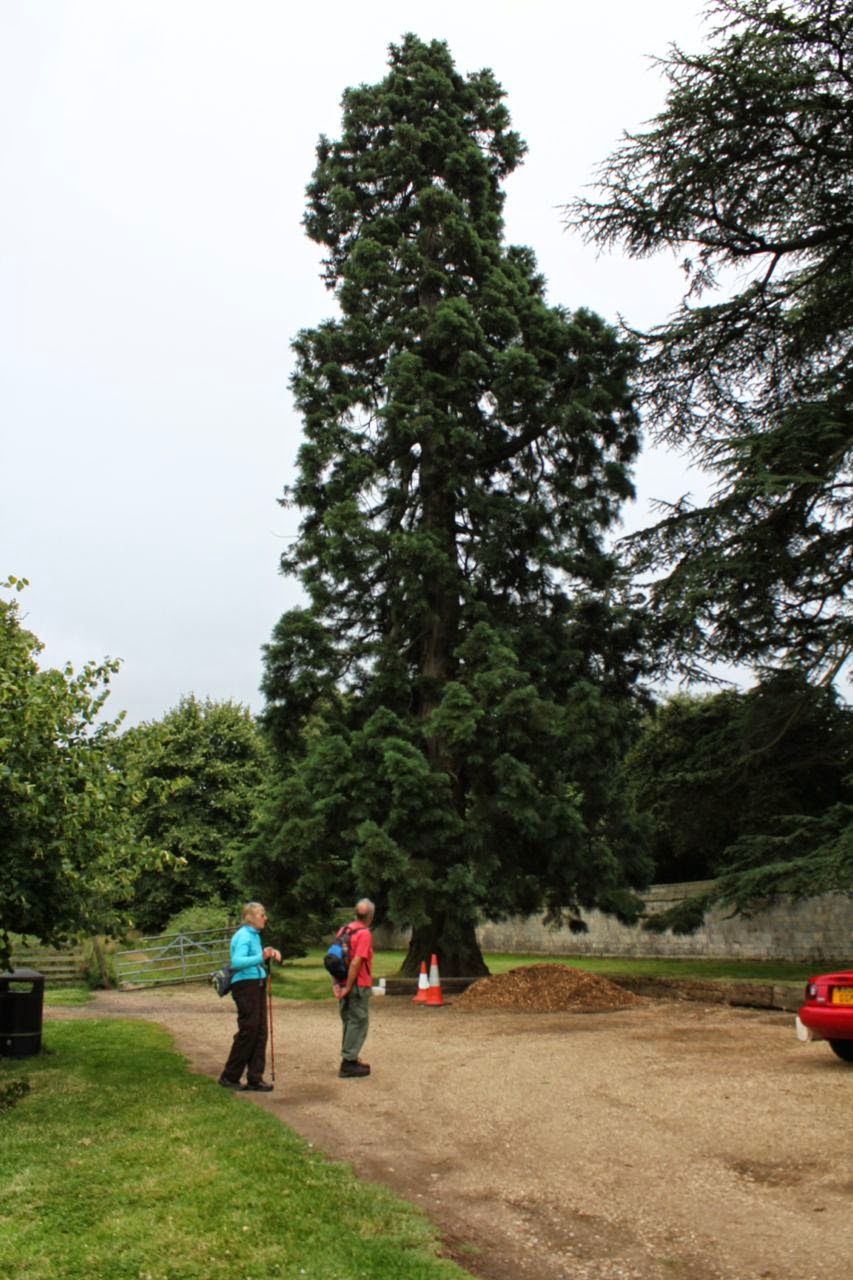 We turn left past the main entrance and there is a path to the right of a car park just past the buildings.  This leads to Thorpe Road. (It's a long and winding road!)

Here we turn left, then right into Thurlaston Close. This appears to be a dead end, but there is way through for pedestrians on the right hand side, leading into Stoneleigh Court, and then to Harewood Gardens. We follow Harewood Gardens past Melford Close back to Thorpe Road - at the T junction. 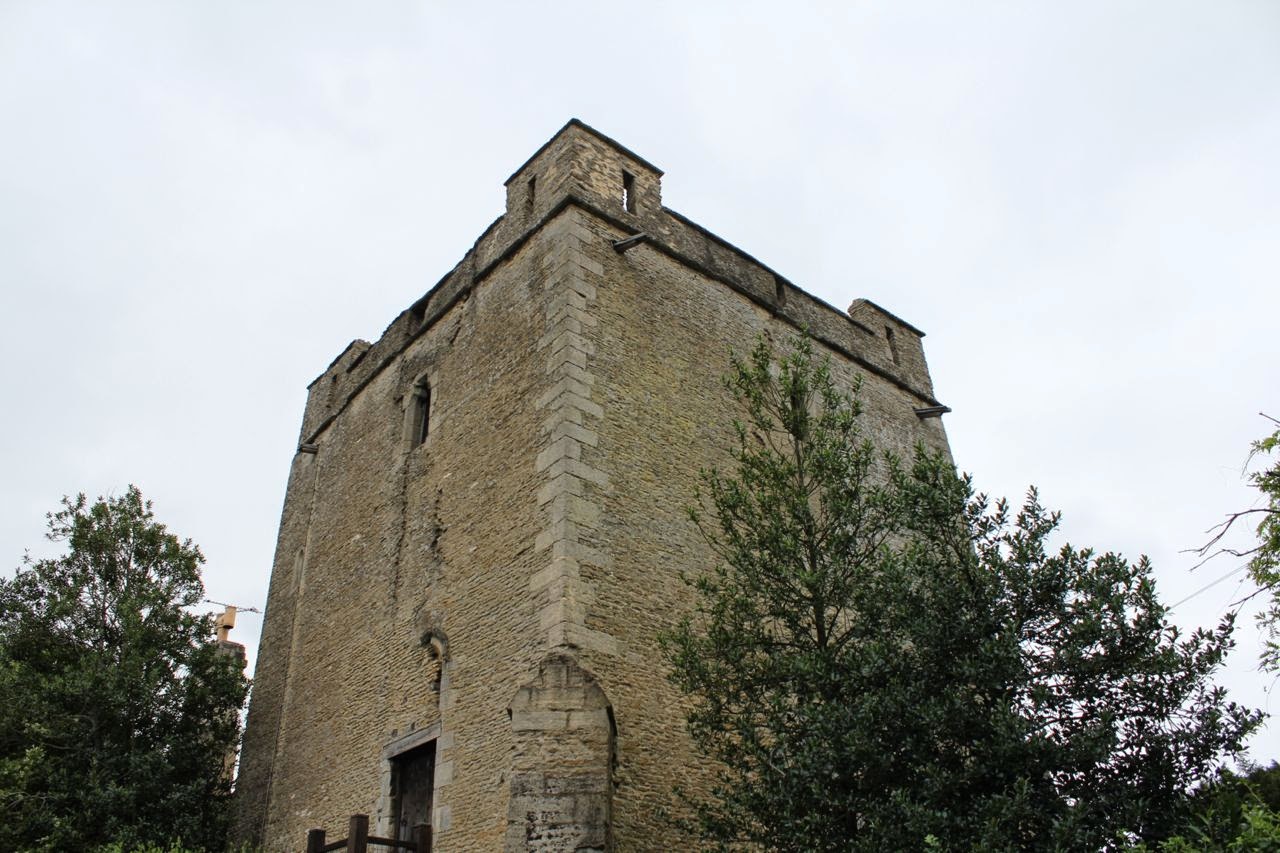 We turn right , then cross over and past the Post Office and The Leys. Then it's a left turn along a path past Longthorpe Tower. The pedestrian route is straight on until you reach Nene Parkway. We don't take the footbridge this time, but turn right and pick up the path north through the Nature Reserve and back to the car park.

Map and details
Posted by aliqot at 6:45 PM

That sounds a good meander in and around Peterborough, Alison! Some of the place names were familiar to me. The sculptures look and sound interesting and the Cathedral is lovely.

Thnkas, Ida. It's quite something to walk into the centre from Ferry Meadows - very sudden transition from rural to urban. Forgot to mention we saw a green woodpecker too.