From Portpatrick along the cliffs towards Killantringan Lighthouse

A wet afternoon, but we needed air, so we set off after lunch for a walk from the harbour and along past the golf course.

We walked this in May 2019 when the cliffs were covered in flowers, the sea was blue and the sun shining. 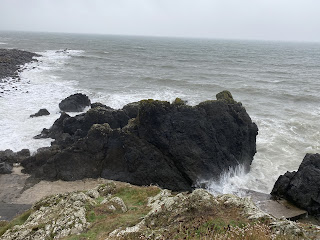 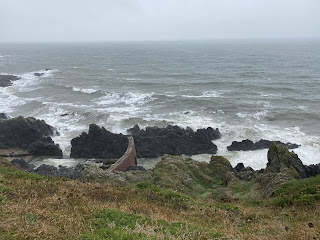 We climbed the steps to the point where the distance to important places ismarked. 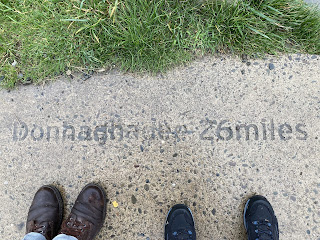 Donhaghadee is 26 miles away across the North Channel, and we learned later that this was the port for travellers from Ireland to Portpatrick during the 17th and 18th centuries. 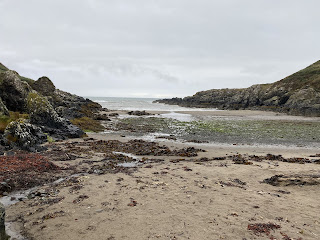 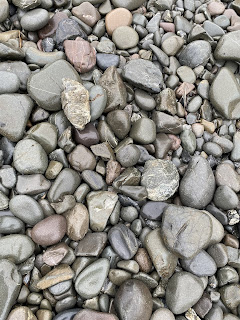 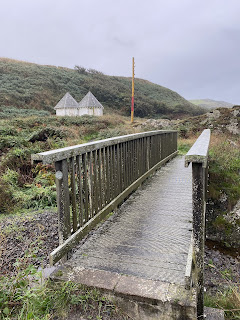 Kale Bay and Mora Bay, via steep paths down to sea level and back up.

We decided to continue until we could see the lighthouse. 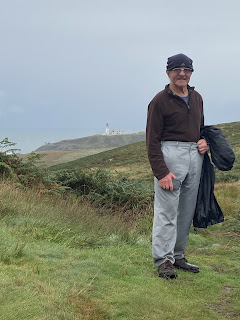 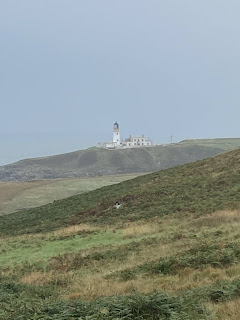 Then we retraced our steps, with an interlude for singing to a seal in Kale Bay. 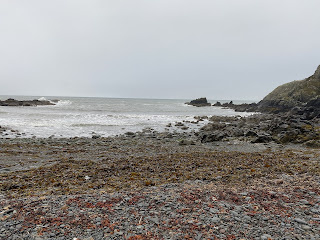 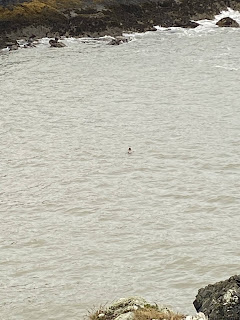 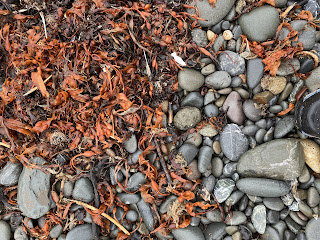 Email ThisBlogThis!Share to TwitterShare to FacebookShare to Pinterest
Labels: 5 miles and under, Killantringan Lighthouse, Portpatrick, Rhins of Galloway, Scotland, seal