Totton to Lyndhurst, via Deerleap and Woodlands.

We decided to walk - set off at 11 am - walked along Pound Lane, path to Colbury church, where we stopped for coffee. coffee. There were cyclists also having a break there. 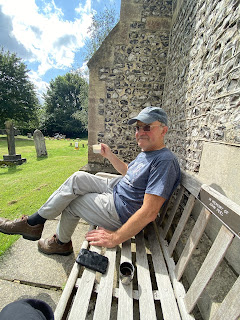 Then walked along Deerleap Road, which, luckily has a 40 mph limit. 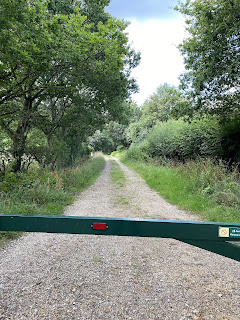 Before the wildlife centre there is a track for cyclists and walkers, leading down to the bridge over the railway. I thought we might see silver washed fritillaries but none in evidence today. 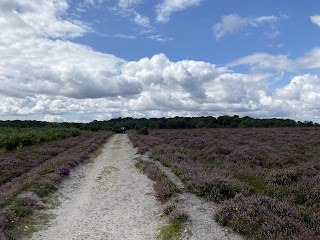 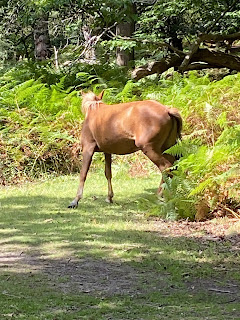 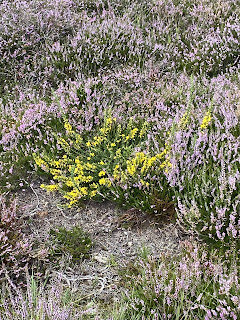 From the bridge track we turned slightly right towards Matley Heath campsite, then on past Lyndhurst Cemetery and Bolton’s Bench. We bought sandwiches and drinks in Tesco, and took them to St Michaels church to lunch with Alice. 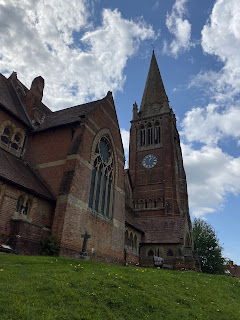 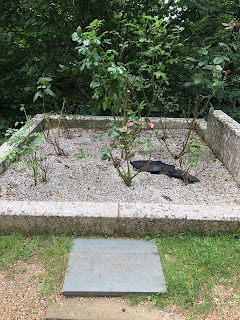 Alice Hargreaves, nee Liddell, who inspired Alice in Wonderland is buried here.
Entertained ourselves trying to separate the plastic from the cardboard, then gave up and put it all in a litter bin.
After lunch we walked along the A35 from Lyndhurst as far as the golf course, then followed paths through the woods towards Woodlands, and eventually Ashurst. 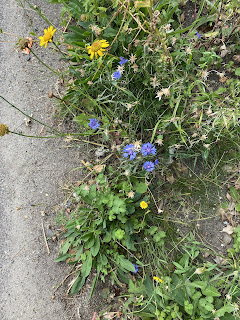 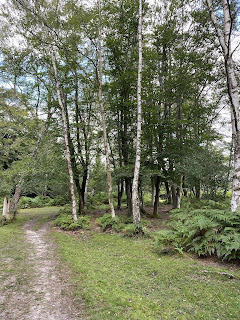 Another short coffee and biscuit break before hitting civilisation, the A35 and then Holly Road, back through Foxhills and home for a very welcome cuppa and shower.
Felt much better for having been more active.
Wide skies, dappled shade, colourful flowers - montbretia to gorse and heather and later cornflowers too.
A little over 10 miles.
Posted by aliqot at 3:55 PM