A day at Milford on Sea

Tuesday 24th August
We set off by car, around 10 to Milford on Sea, near the Needles’ Eye cafe. We walked into the ‘village’ centre, looking for a toilet - the place is actually decently supplied, in the village and along the shore. 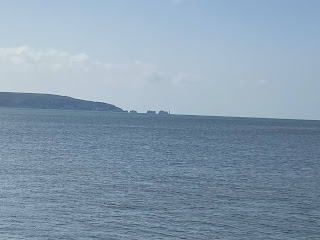 We called in at an art exhibition, then walked further to see another one at the church hall. The church is one of those Hampshire churches with a strange little spire stuck on top of a tower, quite stubby. 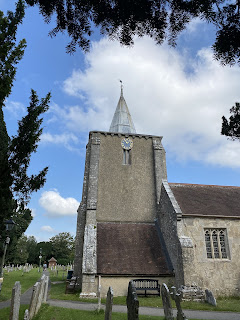 Back down to the beach , where we bought a coffee, just beating the rush. 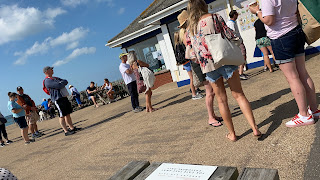 We ate our remaining cake and then walked along the beach westwards to sit and draw a while. 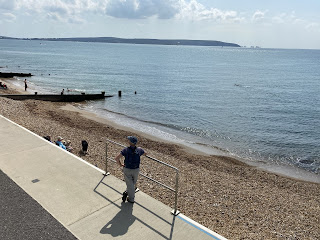 Harry did a very fine  oil pastel sketch of the Needles and lighthouse with sea and clouds. 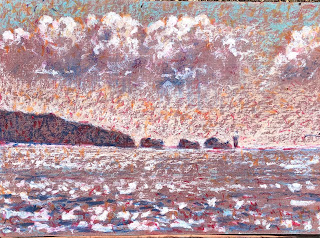 We bought sandwiches in the local co-op and ate them on the green. 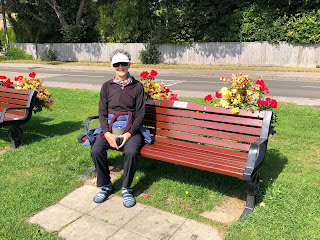 Then up to the churchyard to draw the church itself. 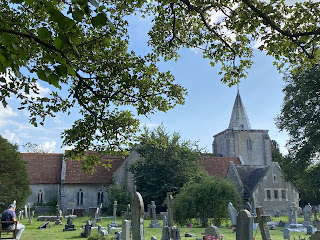 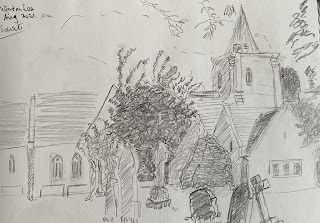 Esther called, and we had a coffee from The Cave. We eventually left some time after 6pm. The Isle of Wight was much clearer now. 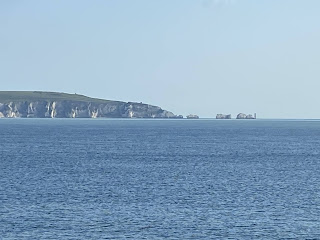 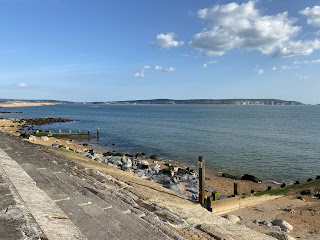 The drive back was good, with no hold-up in Lyndhurst at our late-ish return time.
Posted by aliqot at 3:03 PM

Email ThisBlogThis!Share to TwitterShare to FacebookShare to Pinterest
Labels: 5 miles and under, Hampshire, Milford on Sea