Another revisiting of places from May 2019, with variations. 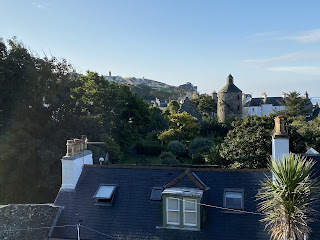 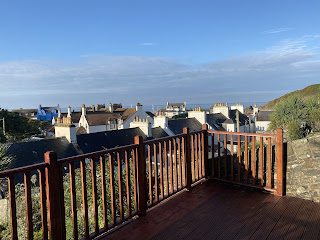 The forecast was for cloud to increase with rain later… but we decided to risk it anyway.  Breakfast eaten and lunch and coffee flask packed, we were ready by around 10. There is a steep hill out of Portpatrick, and a long pull after the left turn onto the B738. Opposite the Rawer Road, the donkey we saw last time was still in residence. At his point I switched my map app on to trace our route. 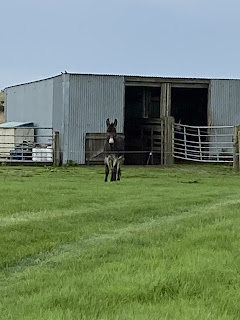 We rode downhill through woodland and rhododendron  bushes. At this time of the year the bluebells and rhododendron flowers have been replaced by fuchsia hedges and montbretia and of course, blackberries and haws. 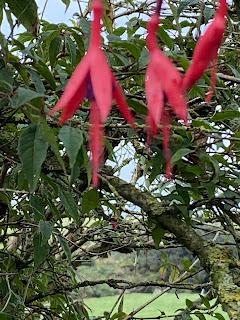 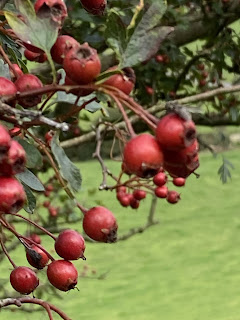 We stopped for a ritual coffee and cake at the same spot as on the previous ride. 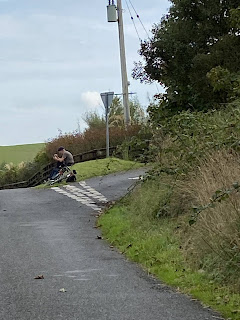 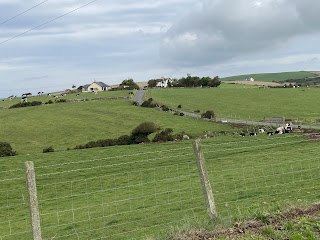 We followed the B738 along its twists and turns, past the Marian Tower, 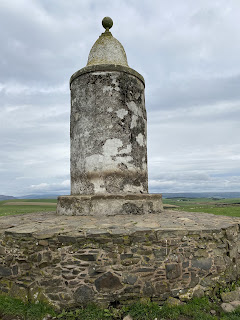 until a mile or so before Kirkcolm there is a left turn, and Corsewall Lighthouse Hotel is signposted.

This road is single track and quite rough in places. 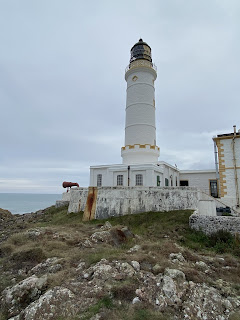 We passed a mini-cannon and were pleased to see that the hotel was definitely open and serving coffee - an a very good cup it was too. 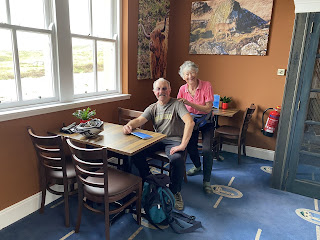 A Yorkshireman sitting in the next room jumped up and offered to take a photo of us both. 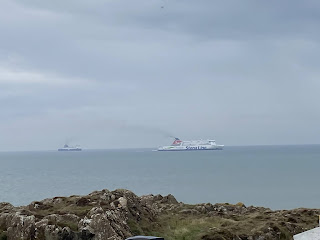 More views of passing ships, before we tackled the climb back up, then a downhill glide to the village of Kirkcolm, where we recently learned that a family of Harry’s ancestors lived, after leaving Ireland.
A little further along the shore of Loch Ryan we lunched at a spot on Wig Bay where the RAF operated flying boats during World War Two. 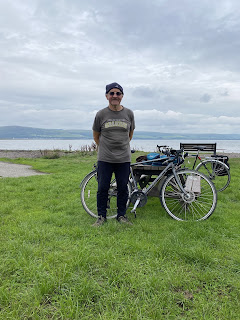 From there we took the turning off the A718 just after Soleburn garden centre and rode uphill - a pretty long drag, then through Glenstockadale, eventually reaching the B738 and the long downhill stretch (some of it rather bumpy) rejoingin the main road into Portpatrick.
On the seafront we paused only to hear the voice of the Yorkshireman we met at the lighthouse: “Would you like me to take a picture of both of you?” 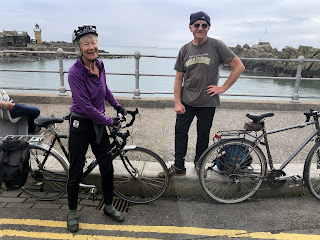 We failed to take a photo of him in return!
Then back for a shower and a cup of tea.  The rain didn’t arrive until after 5 pm. A great ride - just over 32 miles according to our apps! 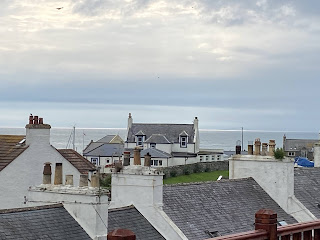 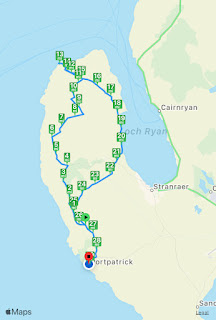