A morning “stroll”, I said. “before coffee.”

Just over 2 miles, taking 1and a half hours, only 240 feet of climbing, but boggy and bumpy terrain…. 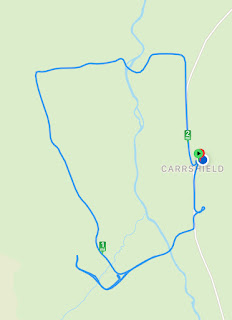 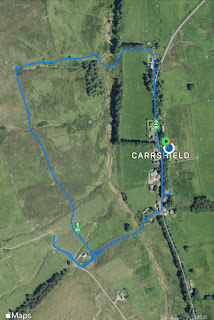 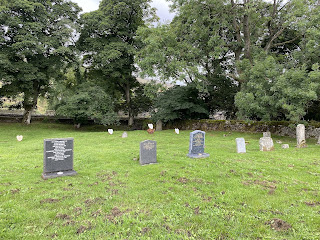 First a wander round the tiny cemetery - the heart shapes appear to be restored inscriptions. 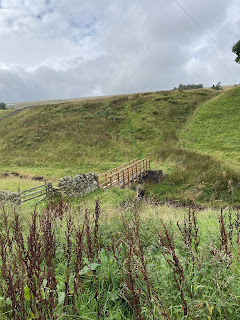 Down to the footbridge over the tiny River West Allen. 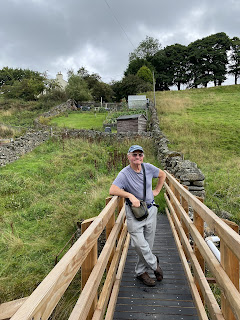 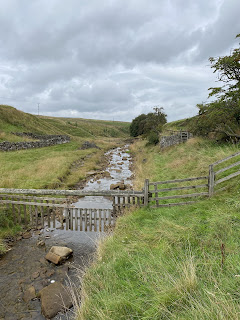 And up the other side, with a look back at the village 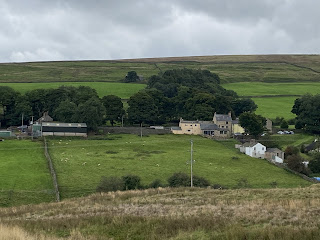 The path through access land, turns right just before the Miner’s Rest farmhouse, and goes along the bottom of their garden, with a gate at each end.
On the track just beyond is a building which. may have something to do with the old lead mines. 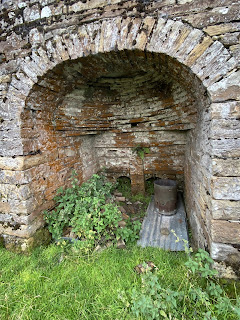 The next part of the walk is rough ground, crossing a small stream or two, past cattle 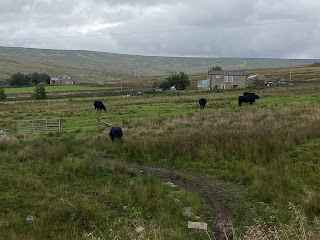 then following a wall until we reached  a footpath to our right. 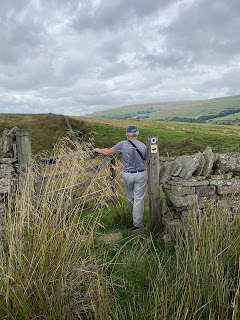 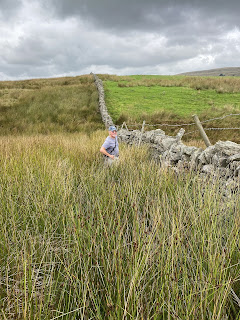 The going improved …a little… 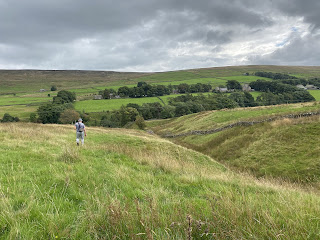 The remains of another old building 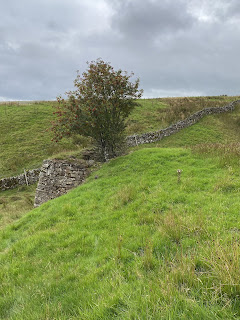 Another tricky bit of descent to a footbridge 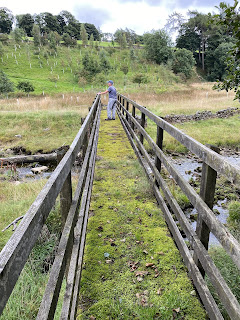 back over the River West Allen 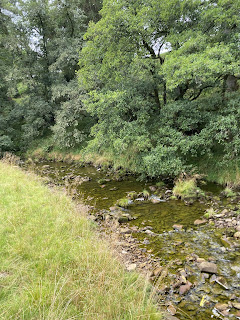 uphill along a nettle-rich path 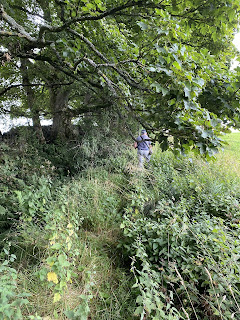 and finally along the road, past the church 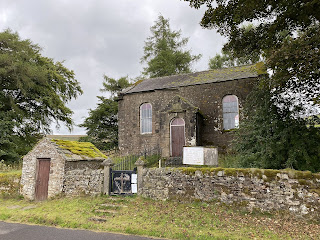 and back for a slightly later, but much appreciated coffee and cake outside in occasional sun.

Email ThisBlogThis!Share to TwitterShare to FacebookShare to Pinterest
Labels: 5 miles and under, Carrshield, Northumberland