Walk with Maureen from Yarwell Mill. Started at 1007. Grey skies to begin with, but the sun appeared around midday.  About five and a half miles.
We walked along the Nene Way north, past the fields with alpaca, and turned right along the road. We took the Nene Way footpath to the right at the bend in the road.
We followed the Nene Way as far as Wansford Bridge. We turned left away from the bridge, then left again at the church on to the road to Nassington. 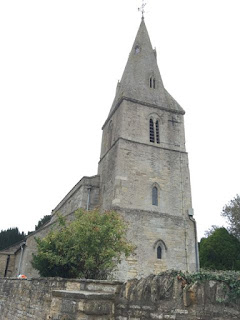 We walked out of Wansford, past the Surgery complex. Just after Forest Lodge a footpath leaves the road on the right hand side. In a field were Hebridean sheep, grazing to improve the area for wildlife. 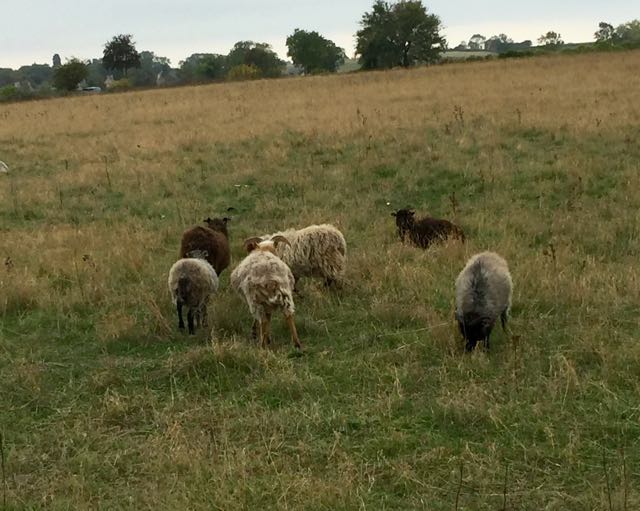 This heads northwest for a short distance, then turns to the left. A straight path leads through Old Sulehay Forest. 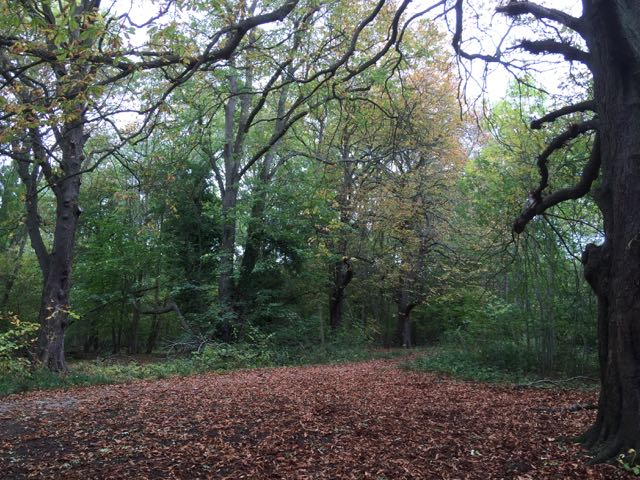 We followed the main path for almost a mile. Part way along we found a bench ideally placed for a break.
The path follows the northern edge of the quarry/nature reserve. When the path met the road we turned right and cut across the reserve following the footpath diagonally (southeast).
We crossed the road and took the footpath between two fences, then continued southeast over several fields, until we reached the bridleway from Nassington. Here we turned left and walked northeast for about half a mile. We reached the Wansford to Nassington Road, crossed over to the footway along the verge, and walked a few hundred yards towards Yarwell. A footpath turns off to the right, and goes directly east behind a farm, an orchard and allotments, and eventually into the village. It reaches the road just opposite the Nene Way sign, and the path past the alpacas. 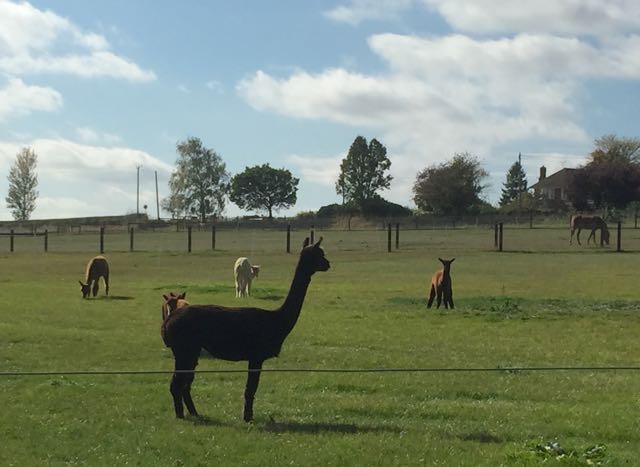 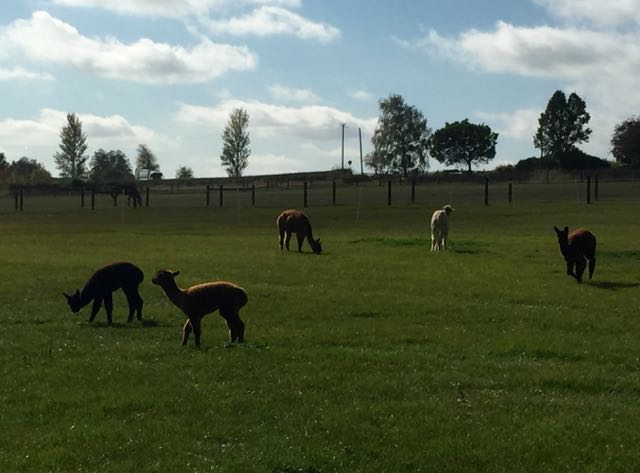 It reaches the road just opposit the Nene Way sign, and the path past the alpacas.  We followed this back to Yarwell Mill, and once again had a sandwich at the little café kiosk. 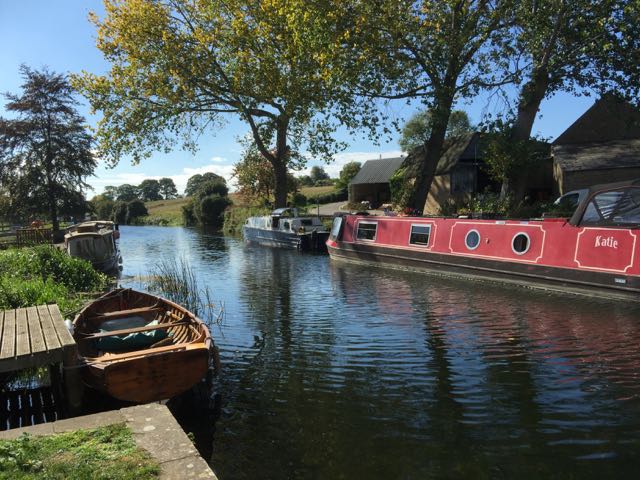 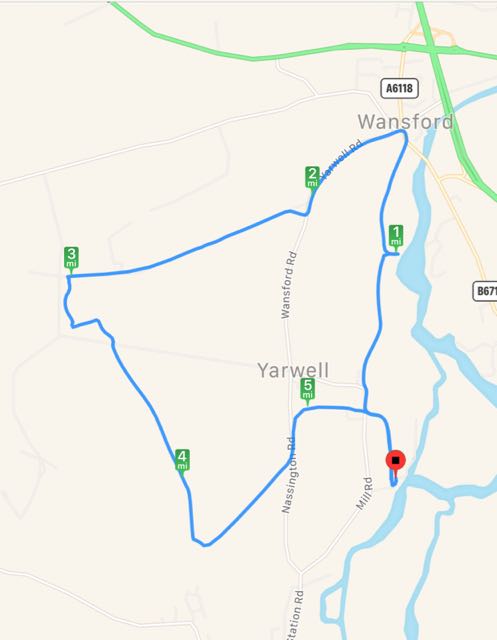 Looks and sounds lovely! Dry yesterday and today - watch out tomorrow as downpours are forecast! Lucky the sun was out for the super shot with water and boats.

Not looking forward to Saturday's rain! The shot of the boats begged to be taken.