uFri, 2015 Jul 10 9:51 AM BST
With Marta. Covered a lot of the same ground as Monday's walk. I know the mileage on this machine is incorrect. (Maybe it's the thick walls problem in church and cafe!) I'd say 7 to 8 max! Very warm and sunny.

We followed the Nene Way from opposite the Woolpack in Islip, by the fishing lake,  under the old viaduct and on under the uglier A14 bridge. 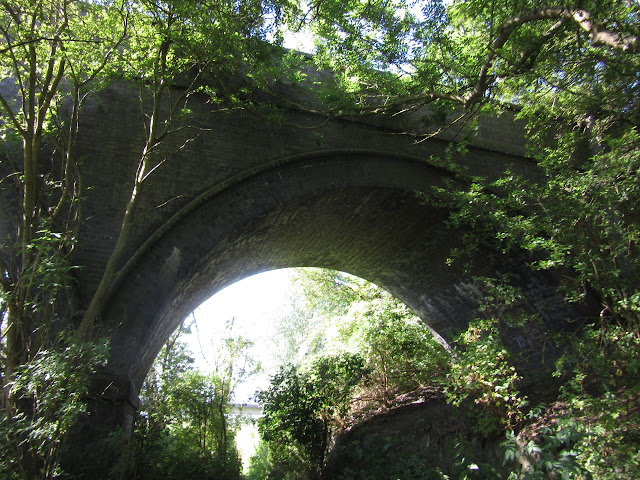 Soon after meeting the railway path we turned left along the official Nene Way footpath towards Denford Lock, and diverted over the bridge, through the cows in the meadow, into the village. 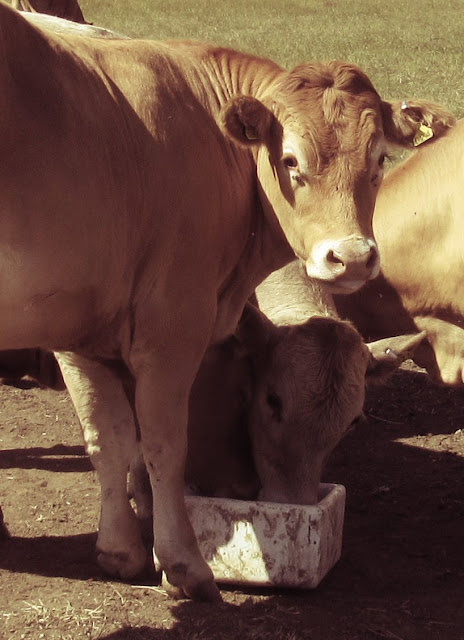 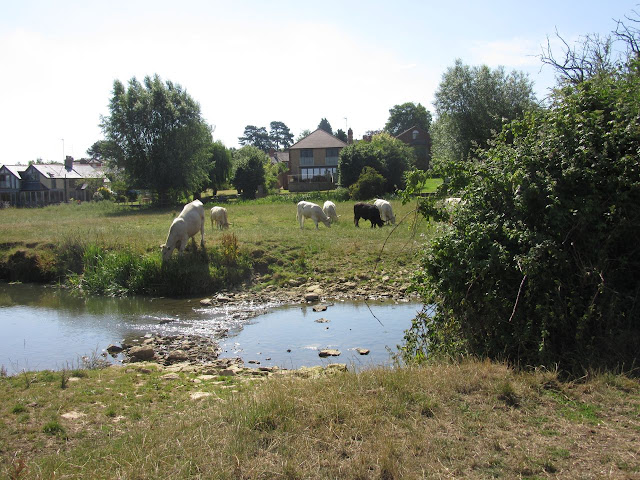 One cow thinks the grass is greener . . . or is thirsty. 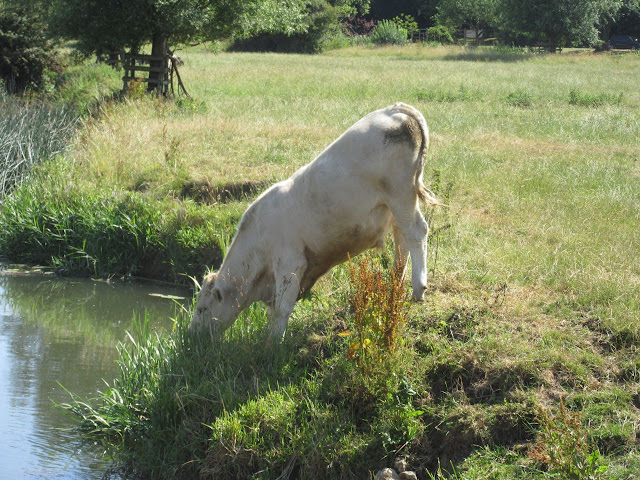 There's a green with benches by the river. An early coffee was certainly in order on a fine day like today. The washed out effect in the first pic below makes me think American West! 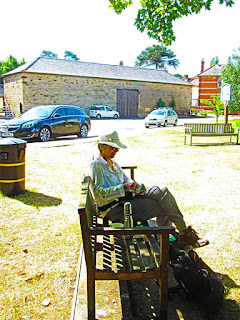 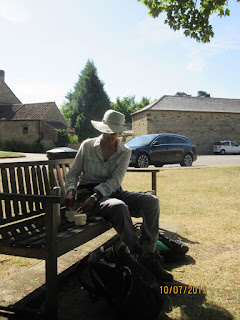 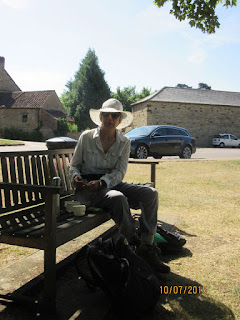 Back to the footpath, across the railway at Woodford lock, and along the low level path to Woodford itself, with the thatched cottage decorated with animals, as seen on Monday, and some lovely gardens, including this one with lavender full of tortoiseshell butterflies and bees. 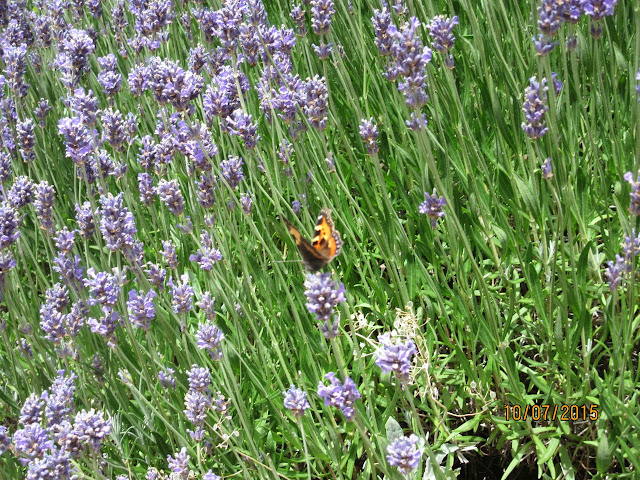 A brief call into Woodford church which was full of lively people, including some small children, decorating it for the weekend's flower festival. We asked someone about the mummified heart, and were shown the pillar niche and text about it. 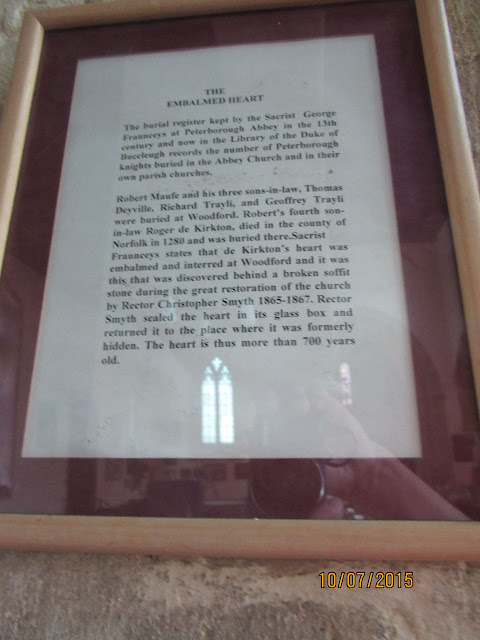 No diversions into fields with no exit today, but back on the right track, along the road and then paths through tall weeds, including nettles - finally emerging at the sign for Woodford Mill Tea shop, at Willy Watt Marina. It's open on  a Thursday. Lunch beckons. 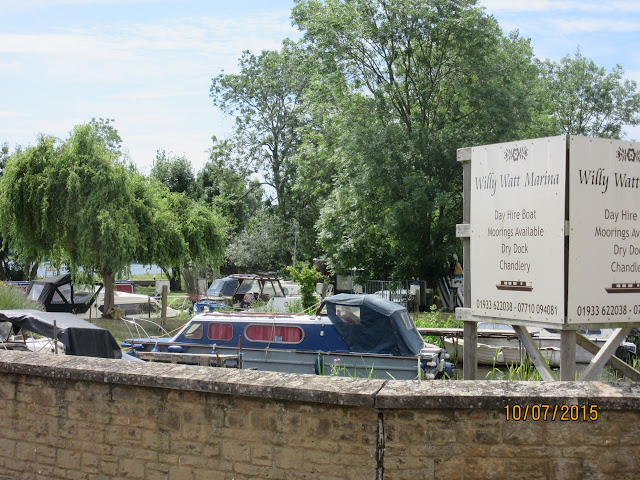 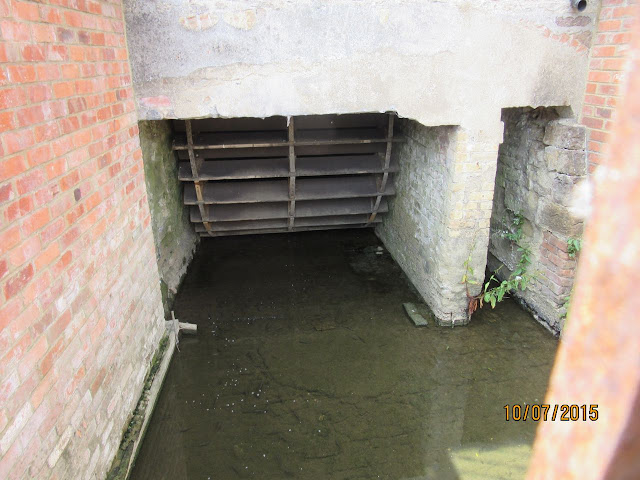 The water wheel, motionless now, though another one still functions. For the History of Woodford Mill click on the name. Seems Willy Watt comes from "Willow Ait" or Willow Island.


We took the easy way back along the railway path, hot with little shade.We are not sure what the tree below is. 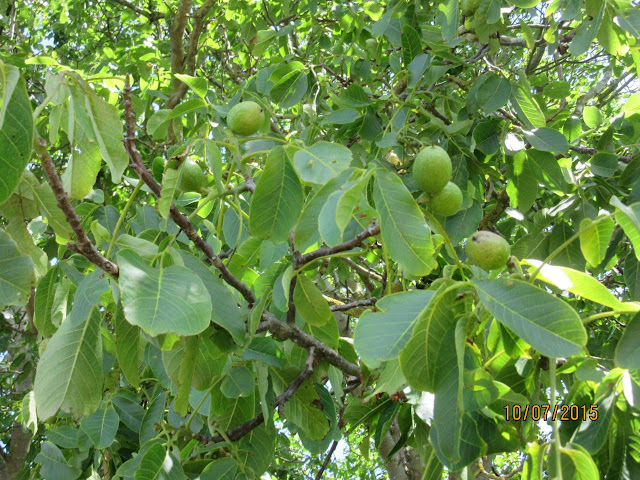 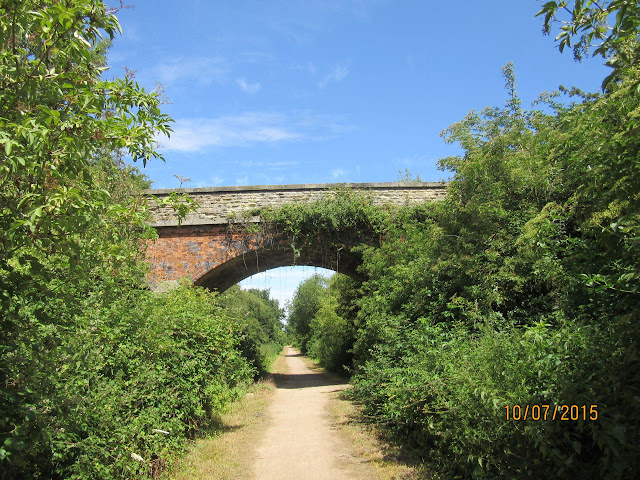 We strode on, passing this opportunity for another break in the shade - yes, another break. It was hot.
Eventually we paused for a last coffee under the old viaduct, which was pleasant enough, in spite of the roar from the A14.  All in all something over seven miles, or maybe eight.

Map and details
Posted by aliqot at 5:31 PM

Looks and sounds lovely - and brave of you in the heat!

The heat was tolerable with a bit of a breeze, and not humid like some days! Very enjoyable.