Wherever as we pass the bending ears


Pat at our sides & gain their place again

Today the car was left in Southey Wood car park, and we crossed the road to walk south along the bridleway. A quick glance at the Observation Tower, surrounded by nettles and brambles in summer, didn't tempt us to explore further. 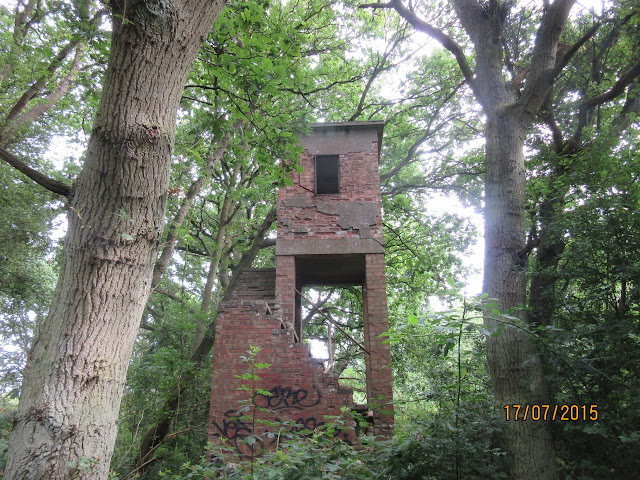 The way ahead is clear and easy heading towards Upton. The church is locked, though opening times can be found here.  A peep through the window showed a large stone tomb with effigies and carvings. 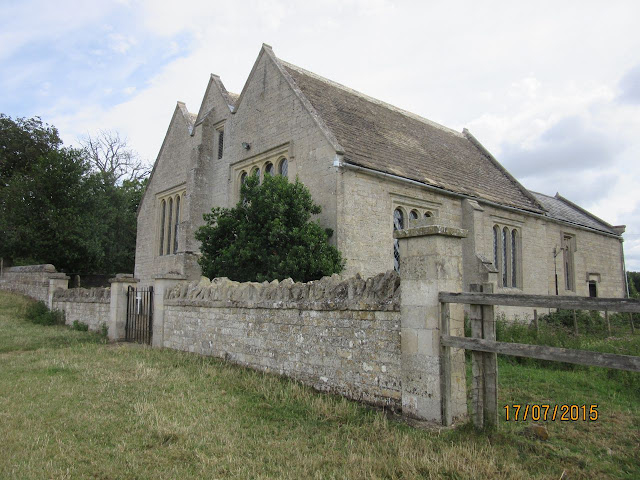 It is dedicated to St John the Baptist, and  is a 12th century Norman church with a north aisle rebuilt in 17th century, chancel restored in 19th century. 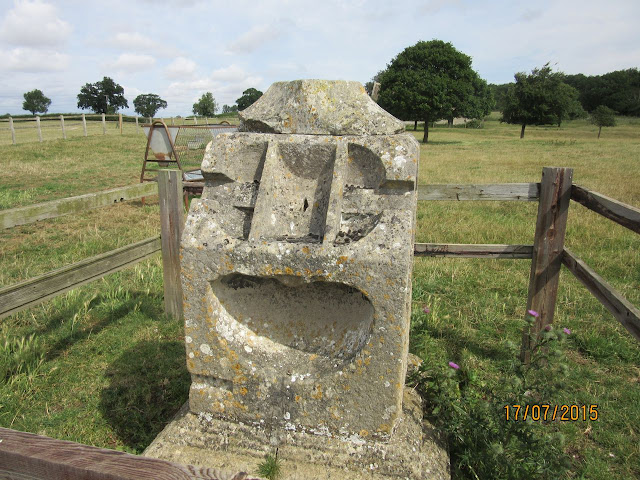 This pillar is in a nearby field. I think the cows may be fed in there too, as they became quite interested when we went to have a look.

From here we turned left through Manor Farm yard, and picked up the path from a footpath sign close by. After crossing a couple of fields we turned left along a cart track heading east. At the point where another path crosses, we turned left towards Castor Hanglands Nature Reserve. The place is alive with butterflies, and true to form, there were muddy patches near the entrance gate. 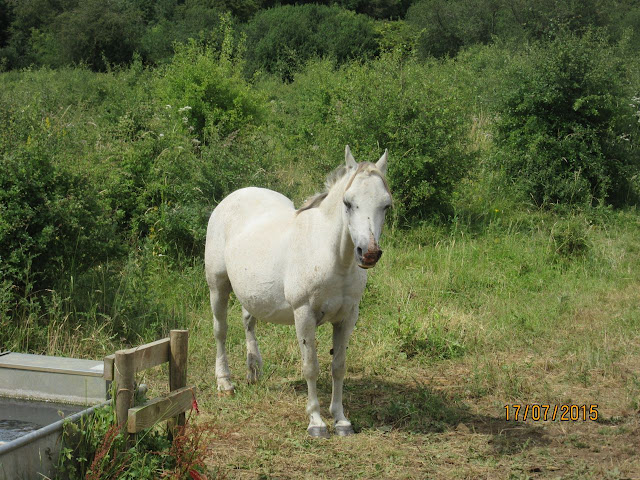 There were several ponies, fenced off from the main path. This white one is a bit plagued by flies. 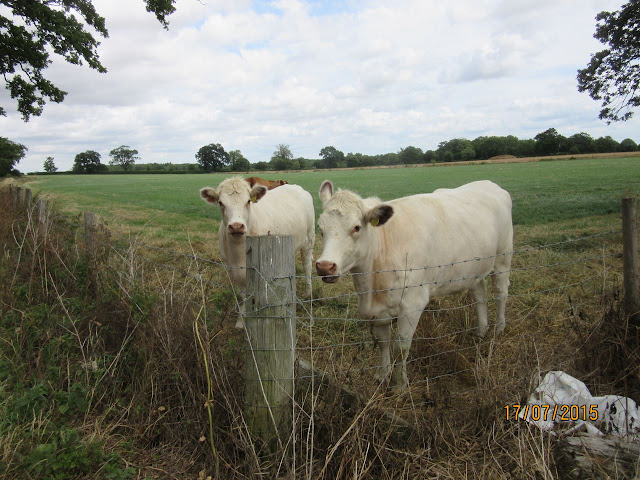 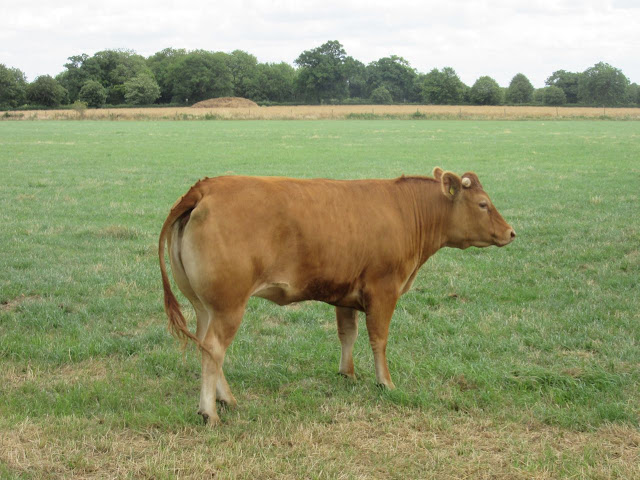 . . .and this one pretends not to be bothered. We head for the Granary Tea Shop. A little early for lunch, but it's the only convenient place, so we stop.

Our route continues across the road, slightly to our left past some cottages. On the left is Swaddywell Pit Nature reserve, complete with a poem by John Clare. We don't have time to explore today, but I make a note for another time. The path goes alongside, then across a reclaimed tip, where the path is decent. It continues with woodland on our right, then crosses a field to meet the road (Heath Road). Here we make a very sharp left turn, about 45 degrees, without crossing the road.  We walk with the hedge on our left.

In the distance we spot a hare sitting on the path. Photo opp - again I only have the little camera, but get a few shots - at least you can tell it's a hare, and see its ears and eyes. 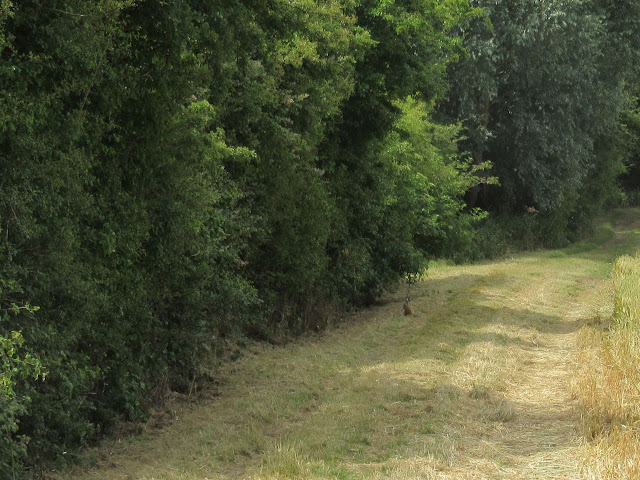 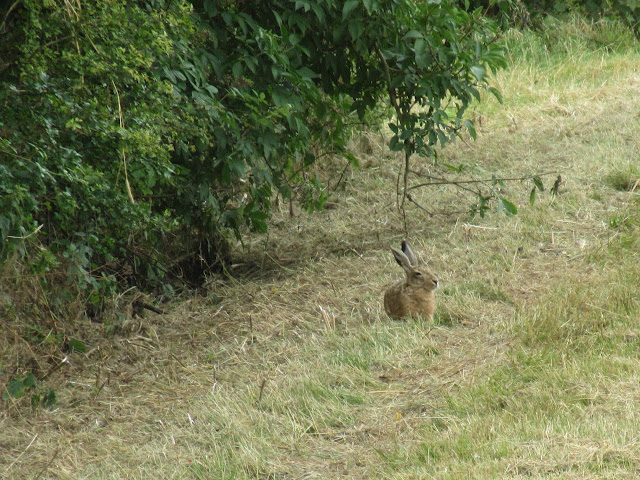 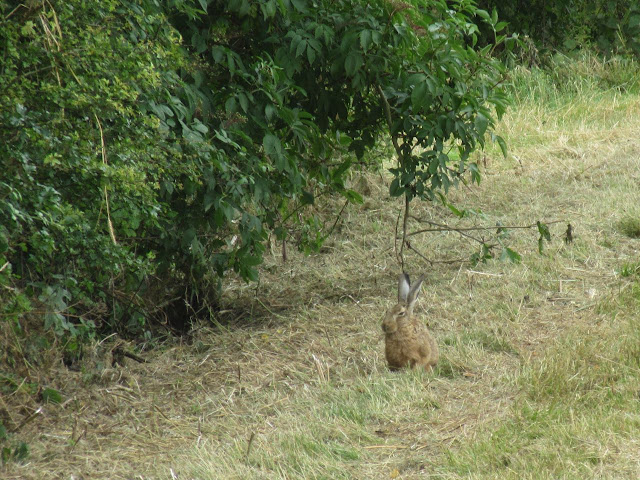 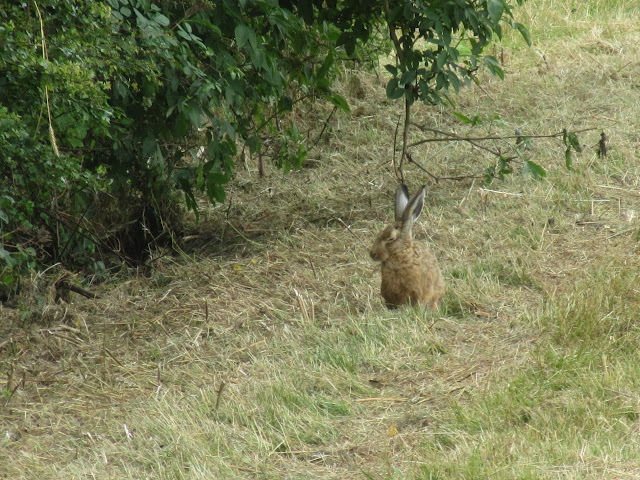 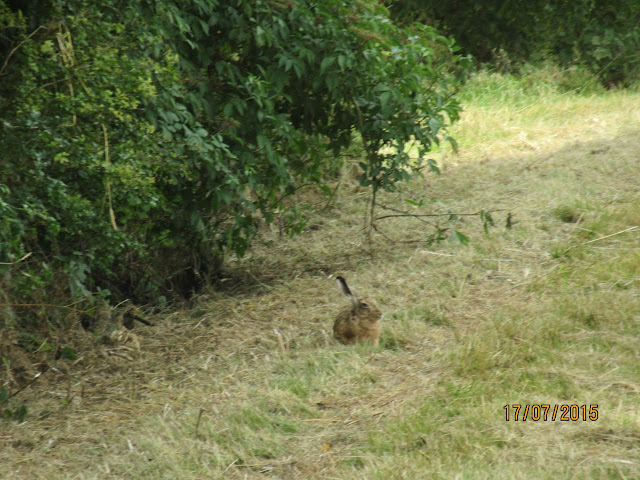 Eventually we move forward and the hare decides it's time to leave. We pass a pond with plenty of dragon and damselflies zipping around, then an area dedicated to shooting, with lookouts and a pile of used cartridges. 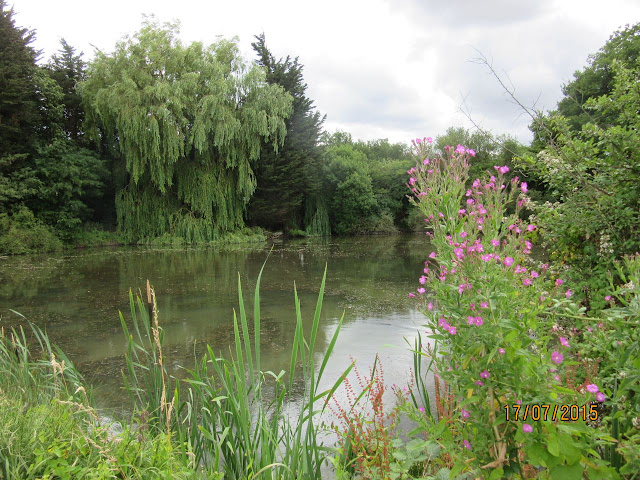 When we reach the road we turn right, with Hilly Wood on the opposite side of the road. We dodge the cars (not too many) for half a mile before turning left on a footpath at the end of the wood.  There are lots of these giant bellflowers, along the roadsie, and woodland margins here. 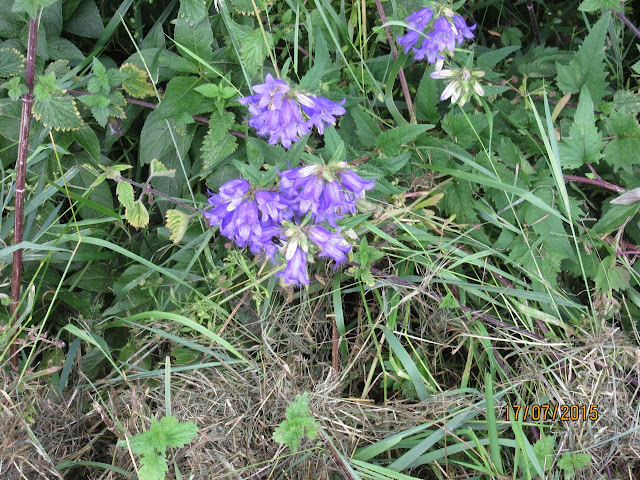 After another half mile or so, we turn left at the next road, and walk a couple of hundred yards before turning right on another footpath past woodland called The Jubilee. This footpath takes us with the hedge on our right, past golden cornfields, with a view of Ufford church over to the left. 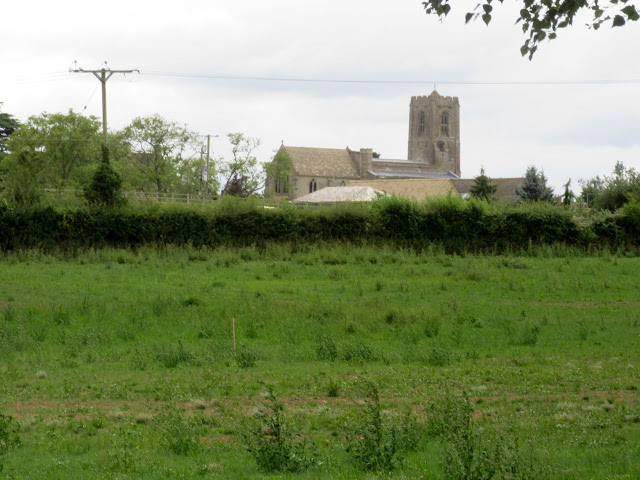 This was the site of a warning beacon for the Spanish Armada, as it's one of the highest points locally at 44 metres and a whisker above sea level. The path crosses to the other side of the hedge just before the first houses in Ufford.
We walk through following the main road, and make use of a bench at the top of the hill opposite the church. 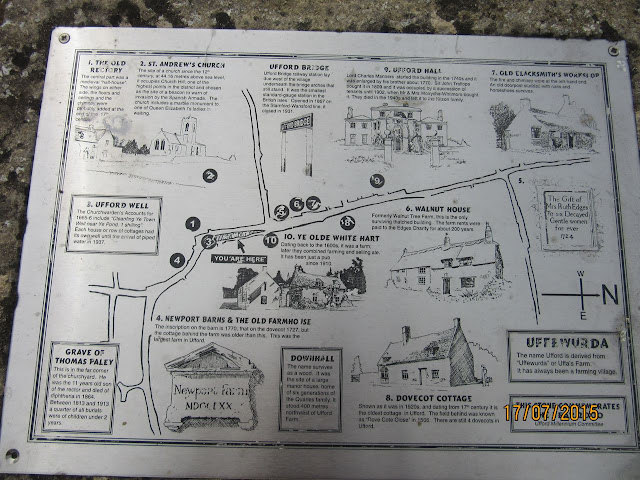 Lots of information about Ufford, Southey wood, Swaddywell Pit and Castor Hanglands can be found  on this website.  Look under places of interest.

Map and details
Posted by aliqot at 8:31 AM

"...every summer's footpath leads to joy" - and how well you've caught that. Love your recent photos of hares sunbathing!

We see hares quite often, but they rarely sit and pose!