Another outing in John Clare territory.

I followed a walk from this leaflet, and extended it to include Helpston. The possibility of a coffee at the John Clare Cottage may have been a factor.

We set off from the Buttercross near the church in Bainton, turning left along the main road and then right on the road to Ufford.  When the road forked we followed the right hand branch - the left hand one goes to Ashton. 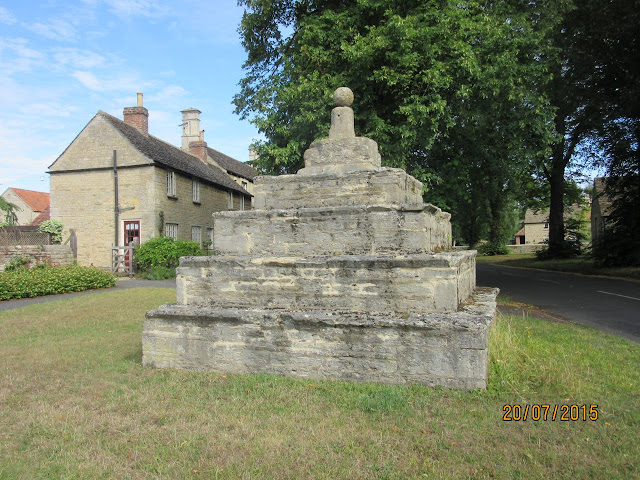 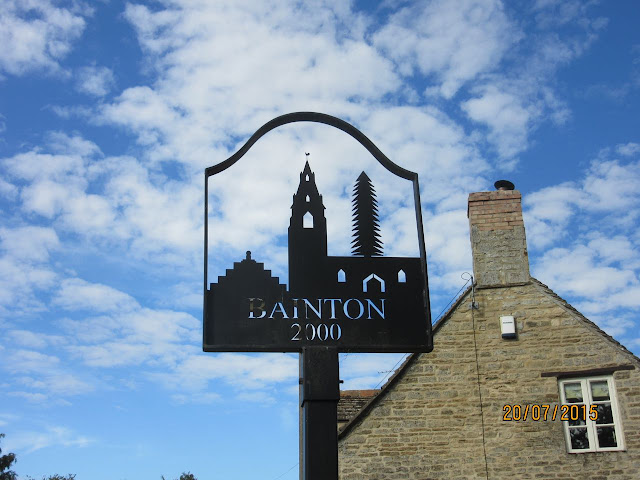 We pass the Wash Dyke sheepwash, where sheep were cleaned before being shorn. A lot of wool was exported to Flanders for weaving. 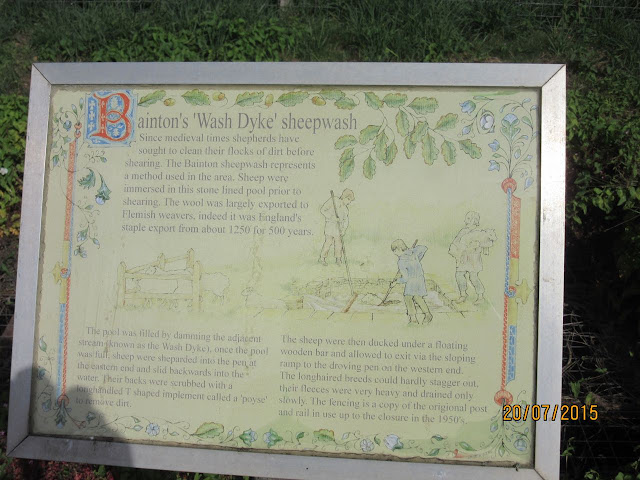 Shortly after this we followed the footpath past the conservation area, where there is a sort of moat and wetland habitat, then some woodland. This took us southwest for a short half mile, and we turned left, heading more or less south towards Ufford.  The path west leads to Barnack. We could see Ufford church on its mighty hill.  After a few fields we reached the road at Moors Corner, and continued into Ufford. We passed a few houses, then turned left on to a public footpath track.  At first the track is to the right of the hedge, then crosses to the left. It heads east past The Jubilee, a wood planted to mark Queen Victoria's diamond jubilee in 1893 (97?).
At the road we turned left then soon right at the next footpath. This is a farm track and takes us past Hilly Wood and on to King Street.
We turned right and almost immediately left, joining the Torpel Way for a while. We passed one footpath to the left, but took the second one. This cuts through Rice Wood, before following a field edge. When we met Heath Road we turned left. The road becomes Woodgate Road, and before long we found that the John Clare Cottage was indeed open and serving coffee and tea.

We made a short diversion to tip our hats to John Clare's grave, and that of his parents. A friendly woman was tidying up, removing the wilted Midsummer cushions placed there in a ceremony each year by children from the local primary school. 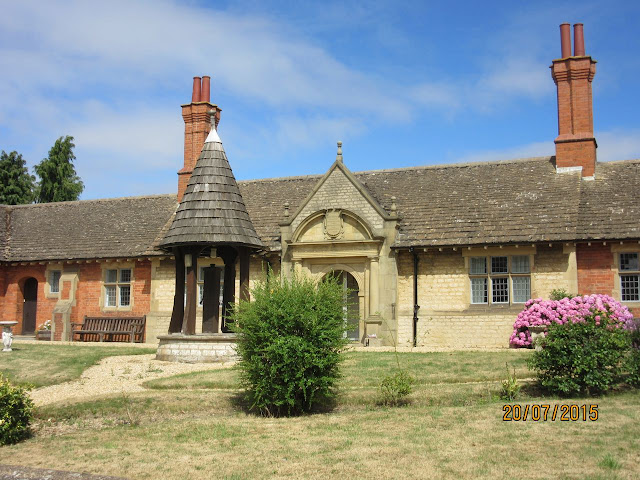 We passed the almshouses, and took a footpath to the left, behind the school and then across fields. 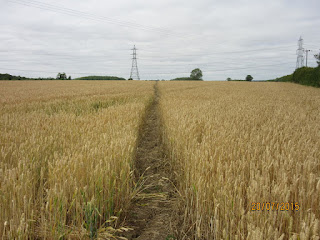 We joined King Street and the Torpel Way again. We turned right alongside the road and walked to the junction.  Here our path was on the left, and crossed Torpel Manor Field, once the site of a fortified Norman manor house, held by the Torpel family in return for the feudal service of six knights. It eventually passed to the de Camoys, and then royalty, before falling into ruins by the seventeenth century. It was surrounded by a small deer park.
The area is now managed by the Langdyke Trust.  The path crosses the site, then continues between a wire fence and a hedge all the way to Ashton.  It looks as though this could get pretty overgrown, and is definitely a single file and pay attention route. 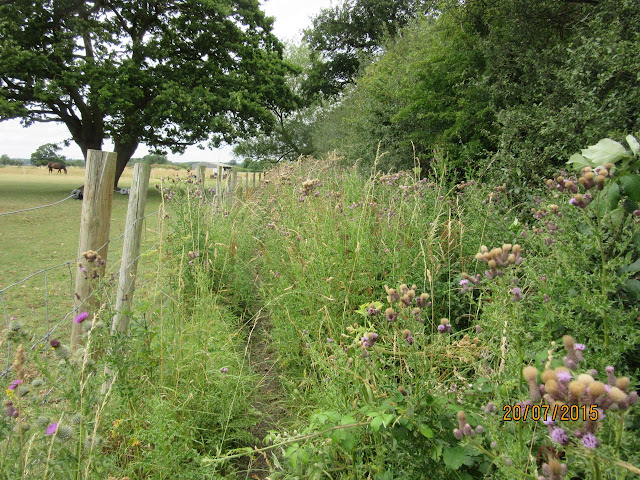 In Ashton we made use of the seat below the village sign, and had the snack we'd not had earlier.
We left the Torpel Way at Ashton, and went a little way along the road north, before taking a different footpath to the left. This section contained several stiles, passing fields of horses, and a stables. In the field after the stables there is a footbridge over a stream down to the right, then the path leads along the edge of fields and past a poultry farm back to the B1443 and into Bainton.  We crossed over and took Church Lane back to the car. 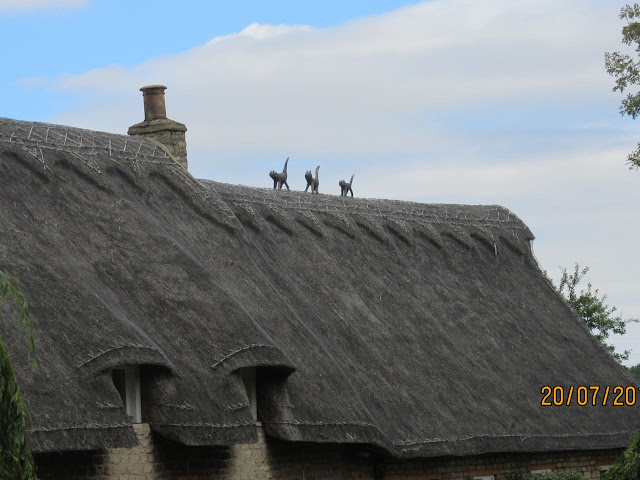 Map and details
Posted by aliqot at 5:50 PM

You bring you walk alive with lovely photos and snippets of fascinating history - love the names of places leading to John Clare's cottage.

Thanks, Ida. It was an enjoyable walk with more of interest than I had expected.

I so wanted to go on a long hike the other day but wasted too much of the day. Need an OS Map badly, there's some areas I wish to explore round here, and the longer I exercise the better I feel.