Thu, 2015 Jul 9 9:32 AM BST
With Maureen and Gordon. Warm and sunny, mostly flat. Coffee at Stanwick Lakes Visitor Centre, later pause by river for a scone. Lots of birds and insect life. Between 8 and 9 miles.

We parked near the disused railway path and fishing lakes, not far from Ringstead village, then followed the road back to the junction and continued almost to Ringstead. A couple of hundred yards before the village sign, a footpath leads gently uphill and south. Today this crossed a field of blue flax flowers, sprinkled with a few red poppies. 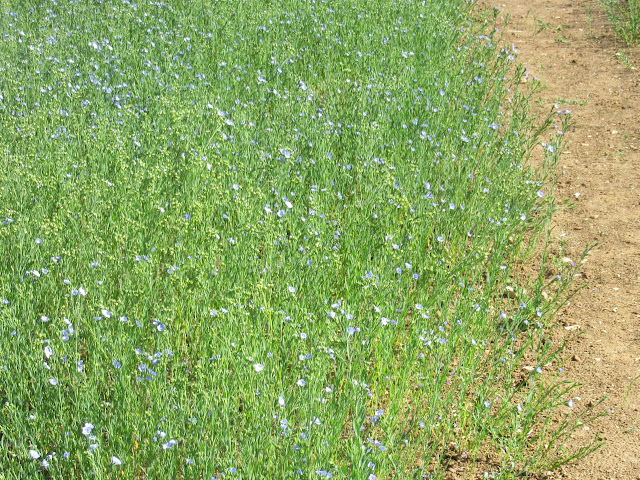 The path crosses the field diagonally, then another field. After this it was diverted slightly because of quarry workings, but was easy to follow between two fences. In fact we had to walk along the two sides of a right angled triangle instead of the hypotenuse. At Top Lodge, a deserted building, the path continued. Originally it held the southerly direction the whole way, bu once again we had to walk two sides of the triangle. Once we'd rejoined the main route, it was clear, crossing a footbridge and heading for the A45. It turns right slightly before the main road and after a hundred yards or so, we turned right again, almost doubling back on ourselves along the bridleway marked Hog Dyke on the OS map. This passes another small lake then crosses some open land before joining the disused railway path from Stanwick Lakes Centre. we turned left to follow this.
The Visitor Centre has a well supplied cafe and shop, and was an excellent place for a mid-morning break. By now we had walked around four miles.
We continued along the railway path with bridges over the river, and views of swans and a couple of herons, as well as ducks and gulls, and some swallows. 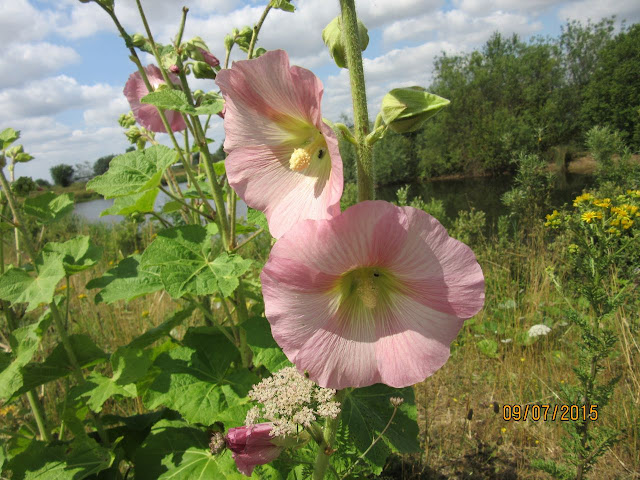 Just before the A6 there's a turn to the right, over the bridge, along the old road. This leads to the now disused Kettering football ground, or Diamonds ground, and then on to the Nene Way footpath. 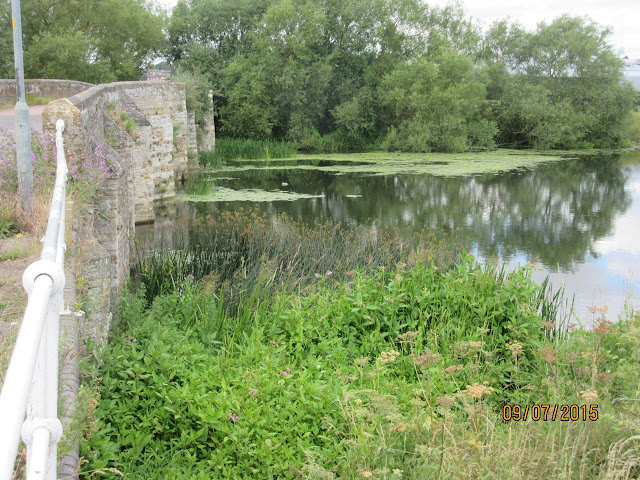 The path was clearly labelled and easy to follow until it left the riverside, when there was a mile or so which didn't correspond to the map (more sides of triangles rather than diagonal field crossings), and there were few footpath signs until we reached the road near Little Addington. I think it's been like that for some time, judging from the map record from last time I was here in 2011. 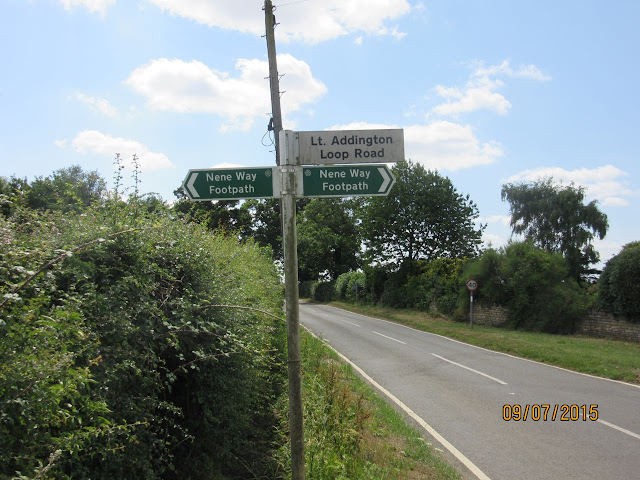 We walked through this very pretty village, which the road bypasses conveniently. 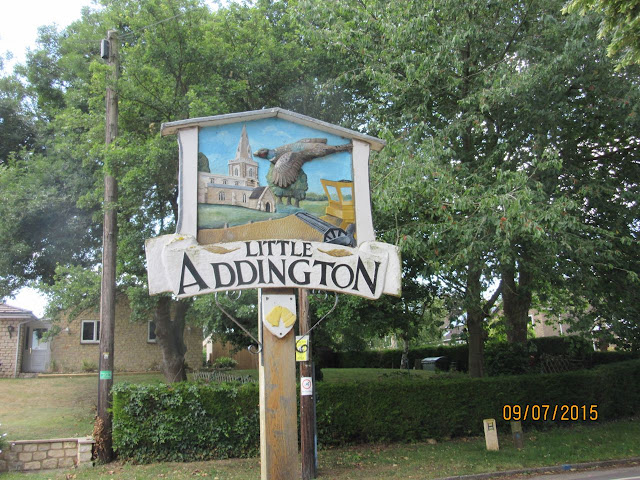 The path from the other side of the village, downhill to the Nene was much clearer and took us gently back to the car.
On the way are a few bridges, and locks and fishing lakes. 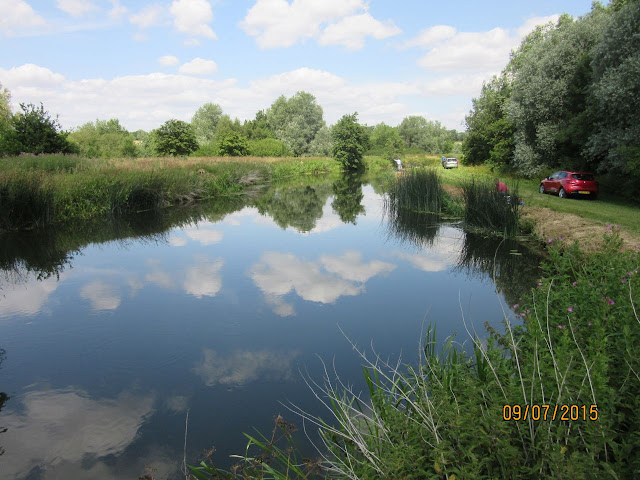 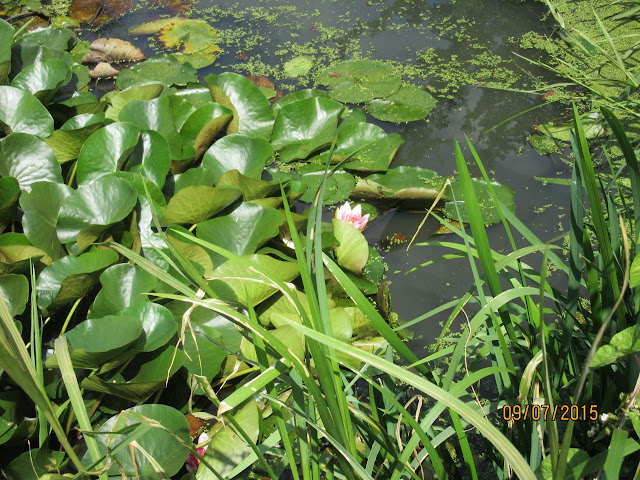 Some pretty pink water lilies too.

Lots of insects out today, especially small tortoiseshell and other butterflies, and lots of dragonflies and damselflies.

Map and details
Posted by aliqot at 8:57 PM

Lovely photos. It's good that so many disused railway tracks have become 'footpath nature trails'. I was always fascinated at the different pronunciations of Nene...Neen in N. Cambs. (where we once lived), then Nenn. Which one do you use?

I tend to use Nenn, since I live in Northants!