With Harry.  Some sun, some cloud, but fine and warm. Some mud underfoot in the woods. Just over 7 miles including Lyveden New Bield itself.

From Wadenhoe church we followed the path over a couple of cattle grids to the road to Aldwincle, turned left along the road, then right on a path which took us to another small road.
Here we turned left through a metal gate and walked along a wide grassy track, which used to be part of the road from Thrapston to Oundle. 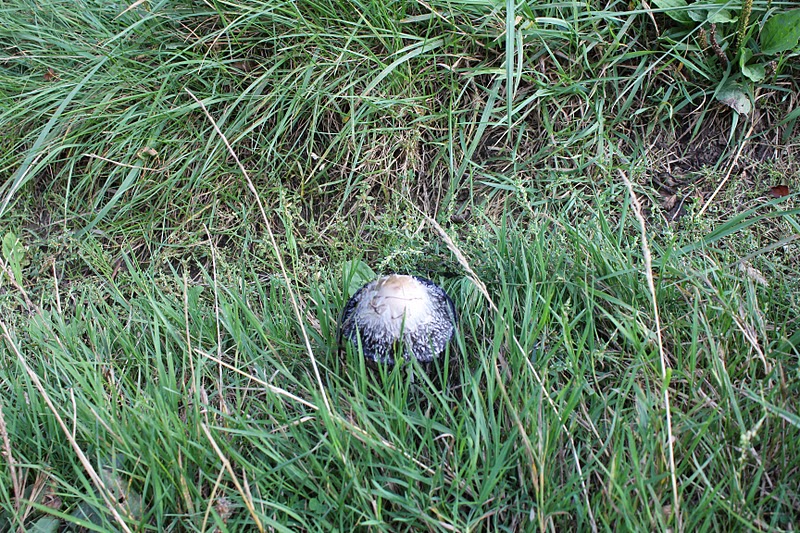 A shaggy inkcap fungus on the grassy track. 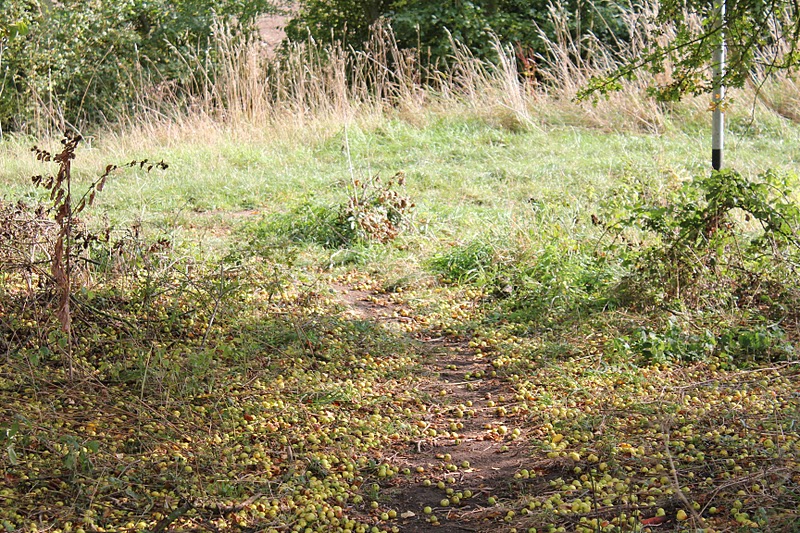 Just over half a mile down the track, a footpath goes to the right, heading for the woods.  When we were there we noticed masses of crab-apples on the ground. 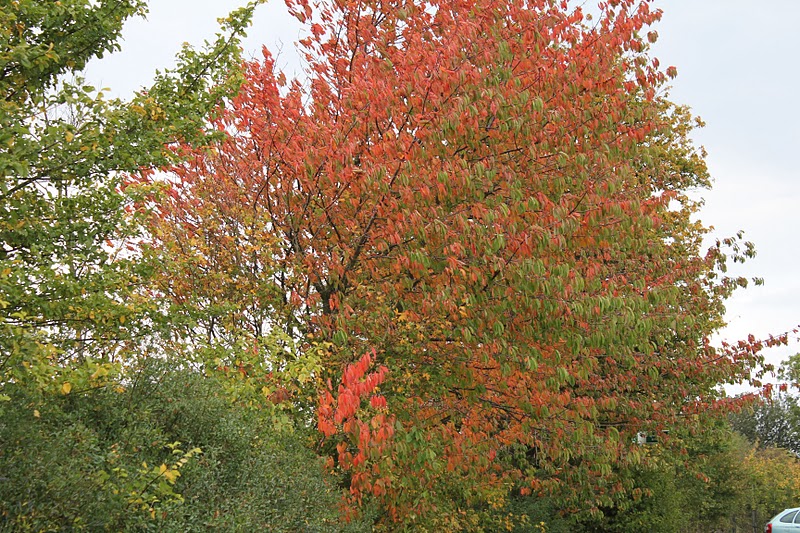 The path through the edge of the woods is quite narrow and overgrown in places, and can be muddy.  In the sunlight we had it was a lovely place to walk.
After another half-mile or so the path became wider, and joined a track, which we followed to the right almost through the woods.  The sign for the next turn-off is slightly hidden, but if you come out of the woods on the big track, you'll need to retrace your steps for a hundred yards or so. The small track cuts through to the right, and we emerged at the edge of a field. The marker posts are clear and the path now goes behind Lyveden New Bield, with its car park and on Wed- Sun from 10.30 - 5,  you should be able to get a drink and snack, even without making an official visit. 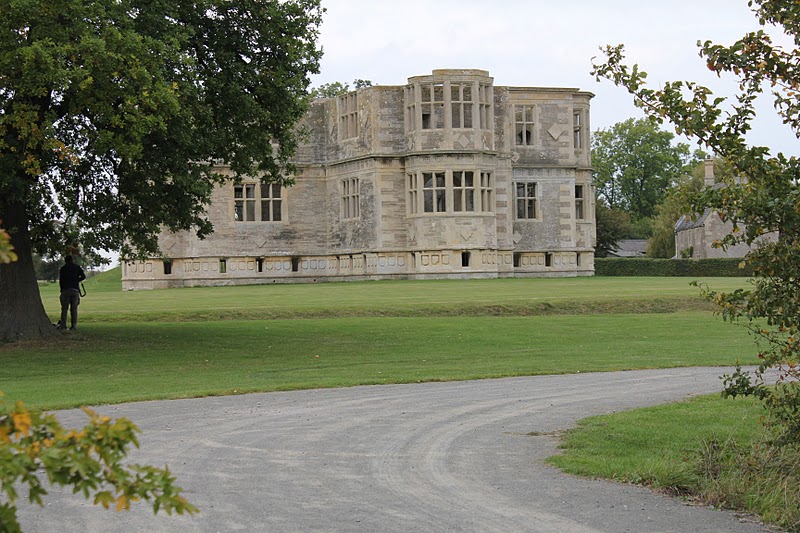 Lyveden New Bield is an uncompleted building - it was intended as a hunting lodge, or more probably as a 'summer house', and built for Sir Thomas Tresham in the early 1600s. More info about the building and the Treshams. 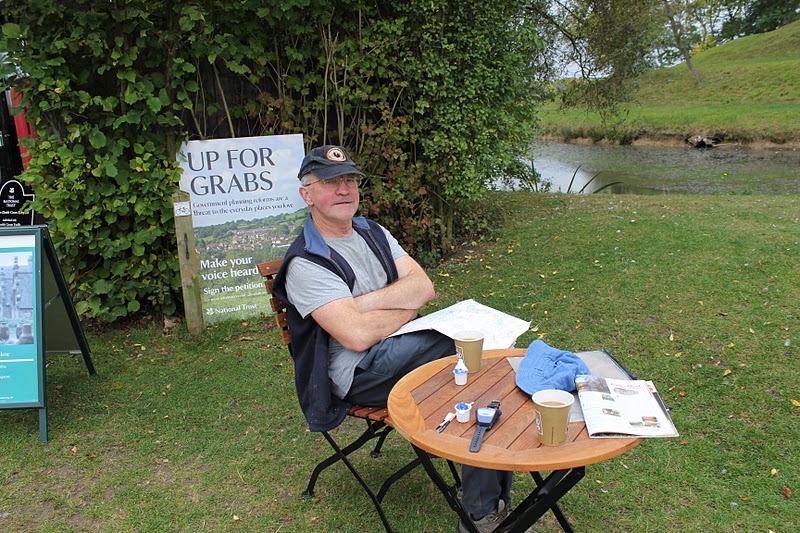 The mound in the picture is a 'snail mound', created when the garden was made, as Elizabethan and Tudor gardens were designed to be looked at from above. 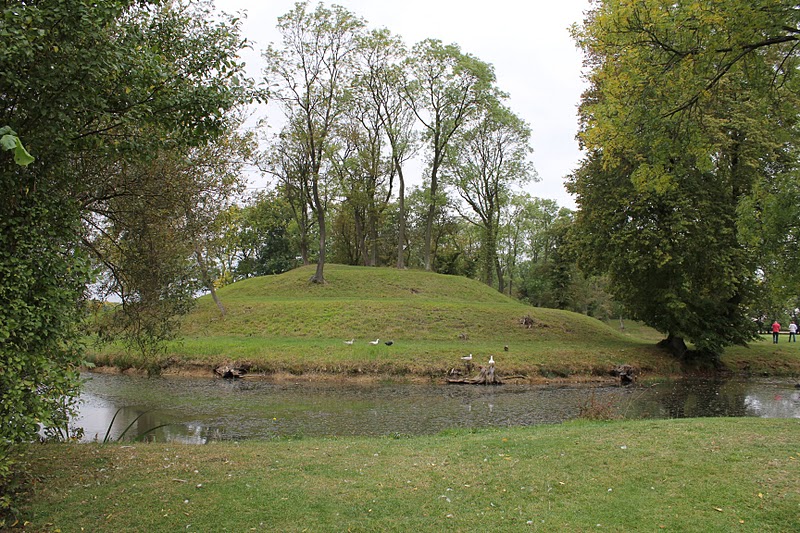 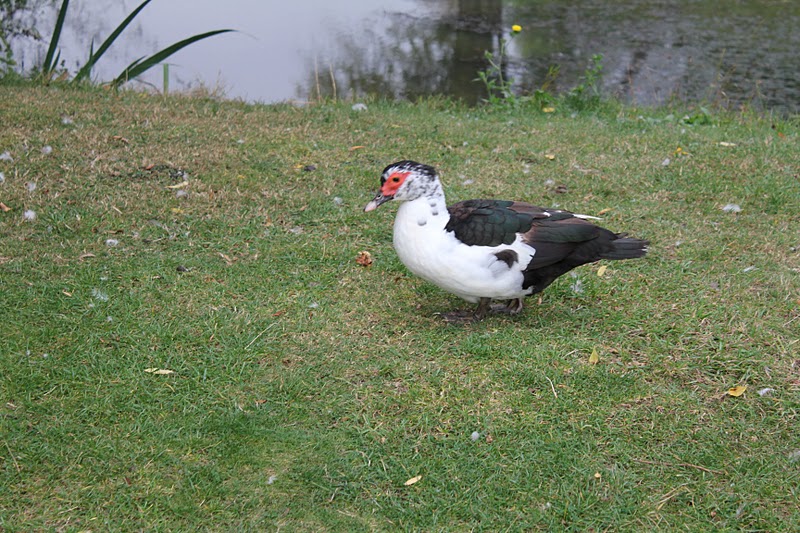 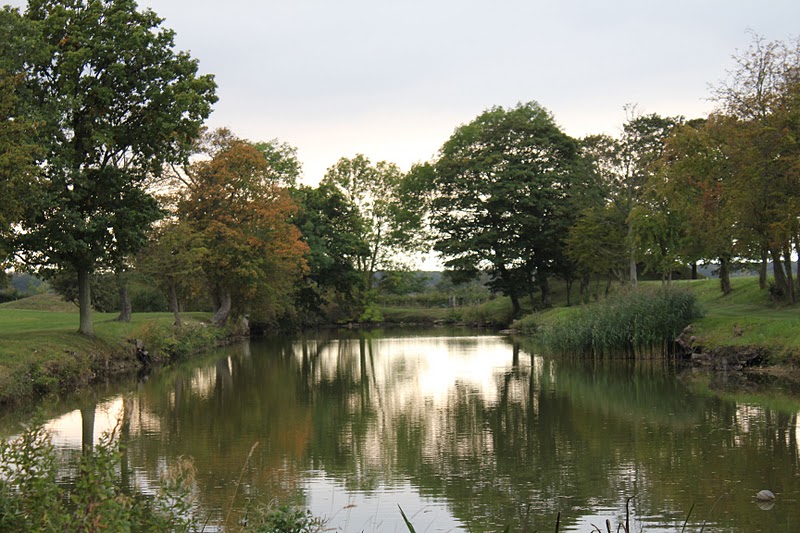 This is one of the 'canals' constructed as part of Tresham's pleasure garden. 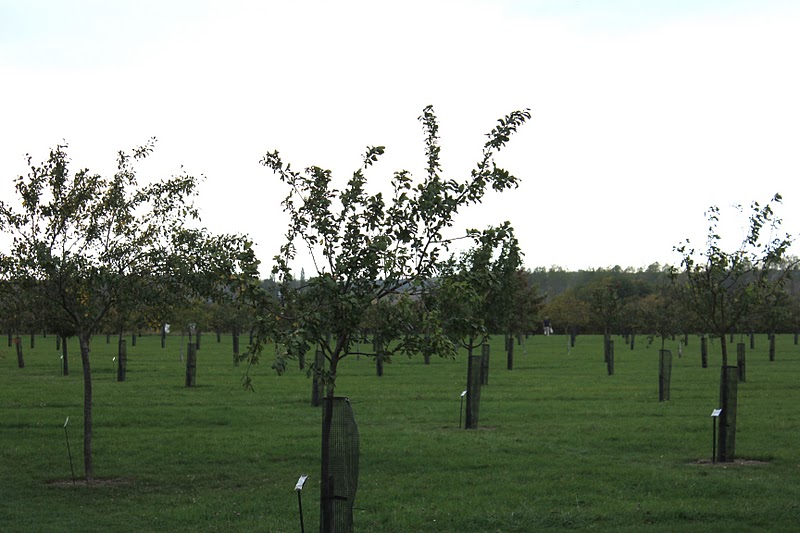 The orchard has been replanted using many of the original old varieties of fruit - apples, pears, and plums.


From the New Bield the path goes across a field and directly through Lilford Wood.  At the other end of the wood, we crossed a small grassy field, then a footbridge, walked uphill through another field, until we reached a metalled track. This took us  for a couple of miles or so back to the small road we crossed much earlier in the walk. Here we turned right, then left soon afterwards, taking a footpath alongside a hedge full of blackberries.
The path is well signed and leads into `Wadenhoe village, coming out between two houses and on to the main street.

Walk route - thanks to 20 best local walks, by Nicholas Rudd-Jones. 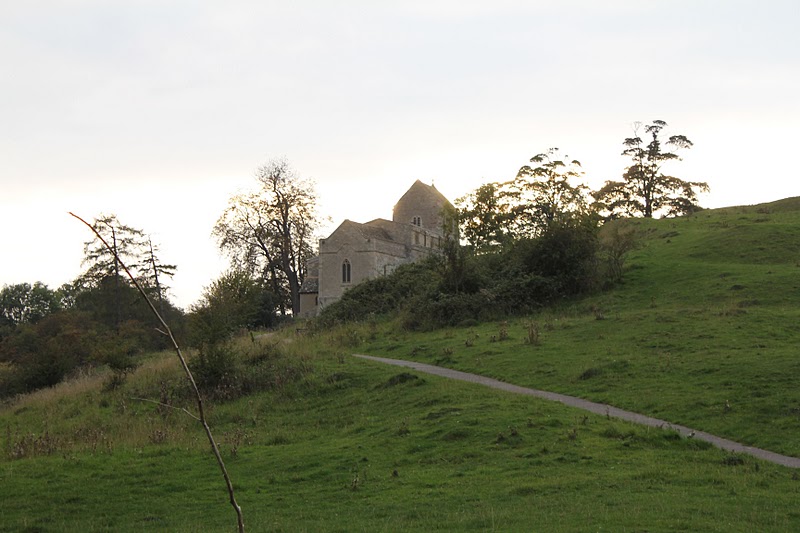 NIce pics again. I notice you didn't use your unofficial designation of the sundial as a 'millennium doodah'.
Now Lyveden is what I'd call a summerhouse!
The church at Wadenhoe is a lovely building, quite unique in appearance. It also provides fruit squash and water for the thirsty traveller, thanks for that!