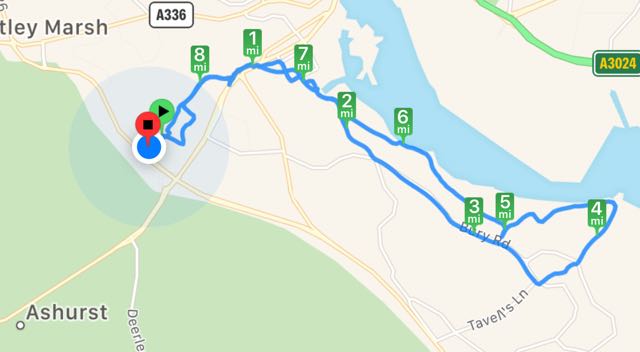 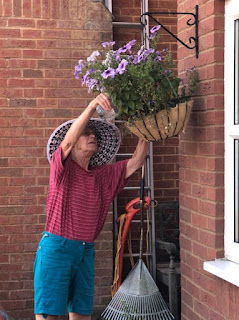 We went to Eling Tide Mill, via pedestrian walkways,
and Rushington Lane. We had to cross the A35, using a traffic light controlled crossing to the east of Rushington roundabout. Then across the park and through the streets towards Eling, with its Tide Mill and harbour, 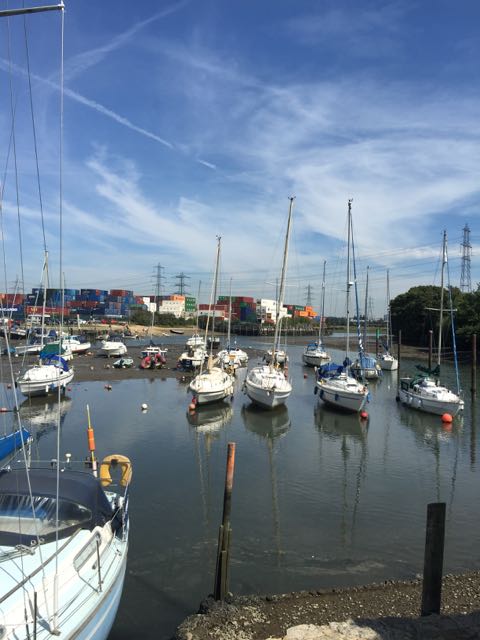 which I think is on Bartley Water, a tributary of the Test.

We walked up the hill to the church of St Mary the Virgin, 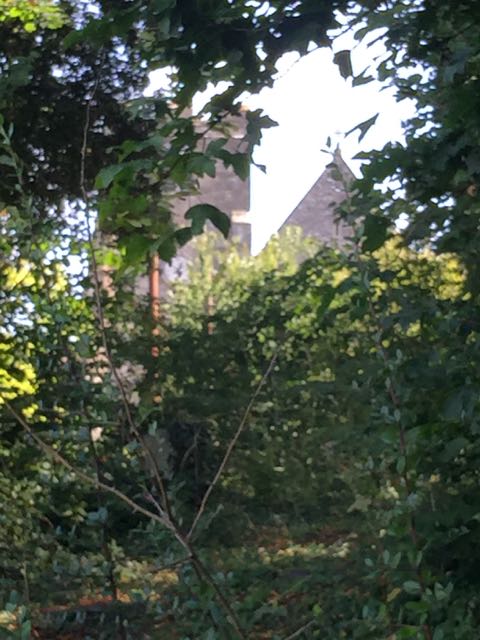 with its picturesque churchyard, and continued along Eling Hill, past the King Rufus pub - clearly a haunt of cyclists. We were also passed by a pony and trap, but I didn't manage a decent photo! 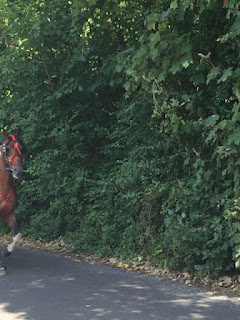 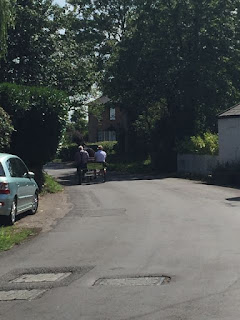 At a fork in the road we took the left hand  one, on to Bury Lane, which soon joined the major road, Marchwood Road. This has a cycle path/footpath running alongside, separated by a thick hedge, which made it pleasant to walk there. The road name changes again to Bury Road, and as it reaches Marchwood, Main Road. Just after this we found a tree stump in a green area to sit on for a while, to decide on the rest of the walk.

We decided to head for the water, and made our way along pedestrian paths north east through an estate, then continuing, following signs to Public Hard. We reached the yacht club slipway, and turned left along a path by the water. You could see huge container ships being loaded at the Millbrook Docks. The water is technically the River Test. 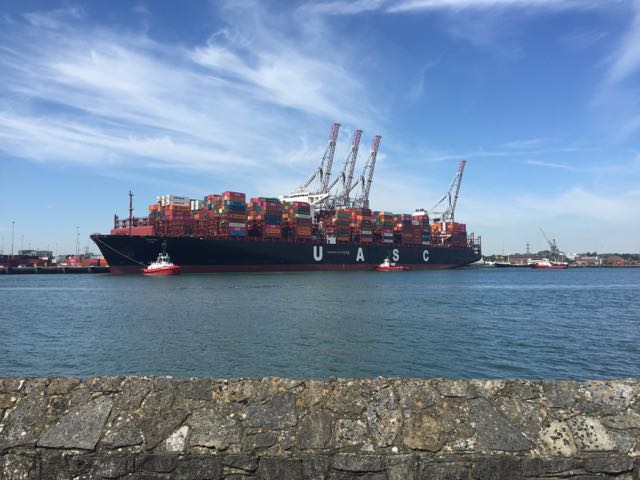 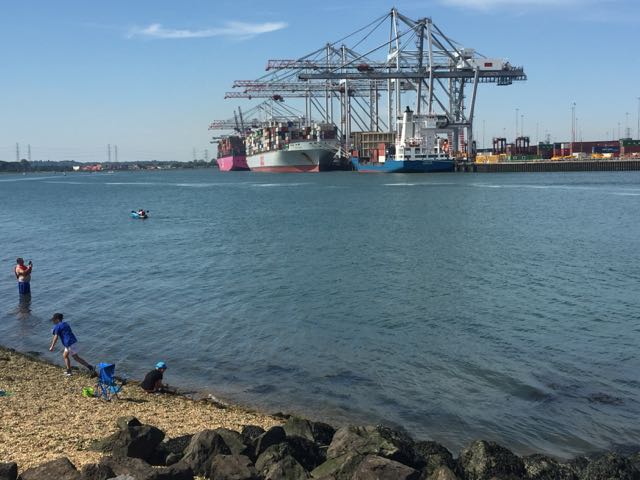 The path took us to a small beach area, with some heathland behind. Lots of blackberry bushes and blackthorn were growing there. We followed this close to the shore, passing a large jetty in an inlet. 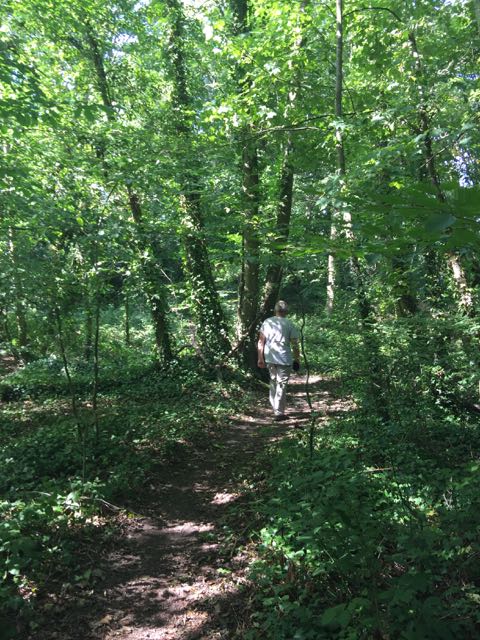 It continued through woodland, with salt marshes beyond.

We could walk along a path closer to the marshes, with more open views. 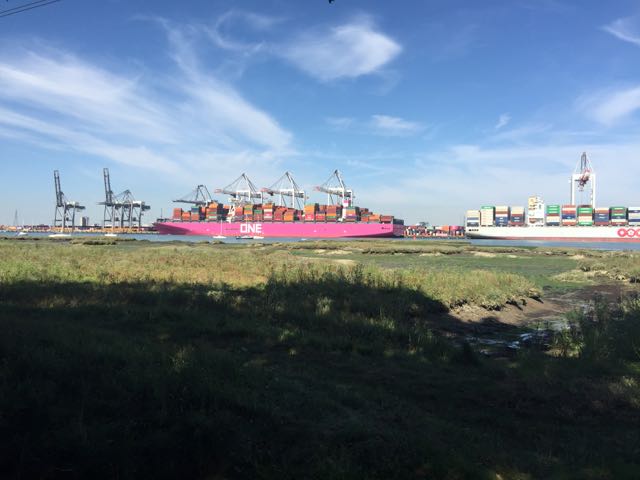 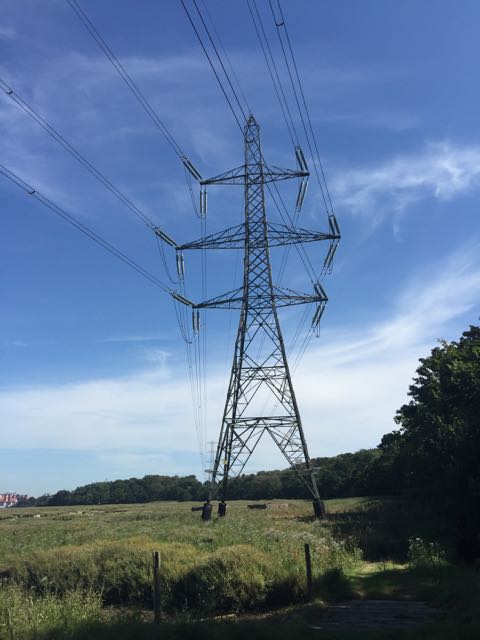 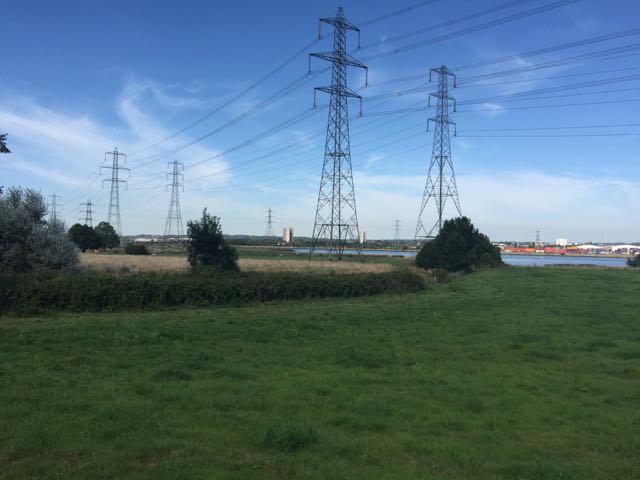 This eventually came out on Eling Hill. 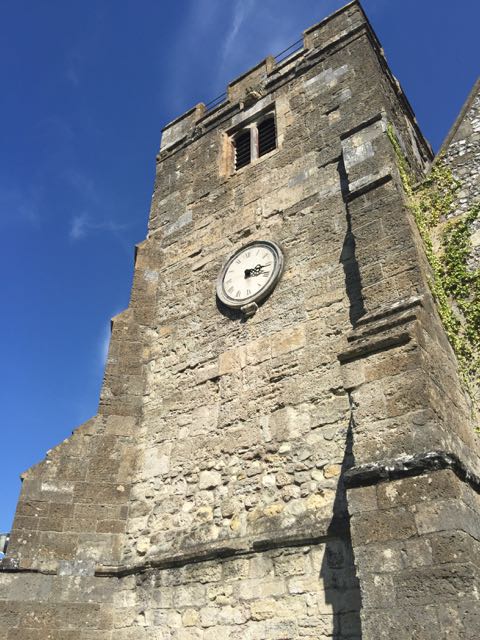 A right turn and a short walk downhill, past the church and over the toll bridge to the Tide Mill Cafe. We had a very welcome large pot of tea, and a toasted teacake each. Alas too late for sandwiches!  We bought a loaf of the Mill's own bread - haven't tried it yet, verdict later!

It just remained to retrace our steps back to base. Another day when we haven't used the car before getting out.
Posted by aliqot at 7:00 PM