Totton and the Test Way

With Harry on a fine but not over warm day. Just over 9 miles of flat walking. 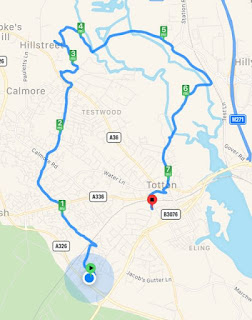 We set off at 9.45 and followed a route along footpaths, and through parkland, eventually arriving at a roundabout where we had to cross the A36. Here we turned left alongside the main road, then followed a path which took us to the Totton and Eling FC. 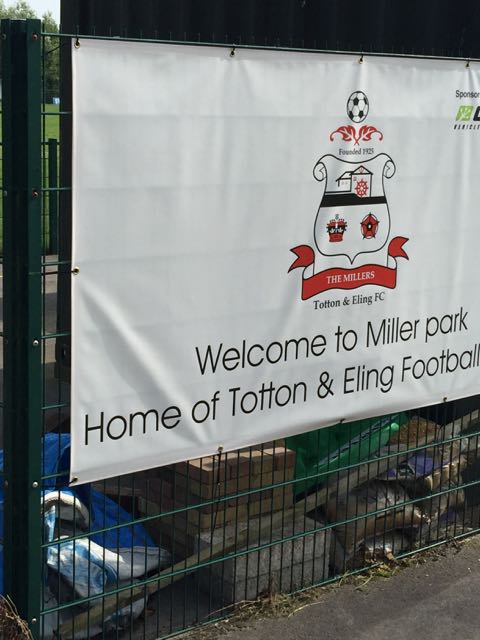 Some summer holiday activities for children were underway. No way out through there, so we headed back towards the place we should be, and found a path leading into the Testwood Lakes Nature reserve. 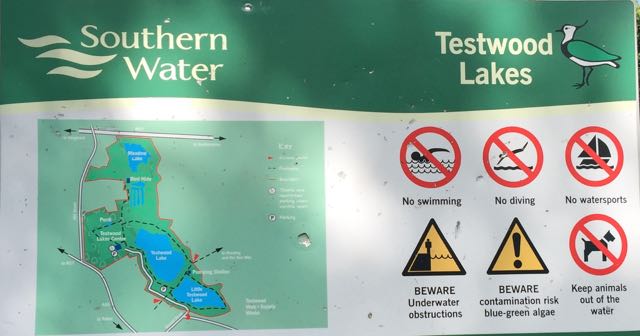 We turned left and headed towards the Testwood Lake Centre, half-hoping they might serve coffee, even though I had my flask with me! No luck - it's an activity centre for children, and a group were totally absorbed in pond-dipping.

But it was definitely time for a break, so we returned to a bench with a view. 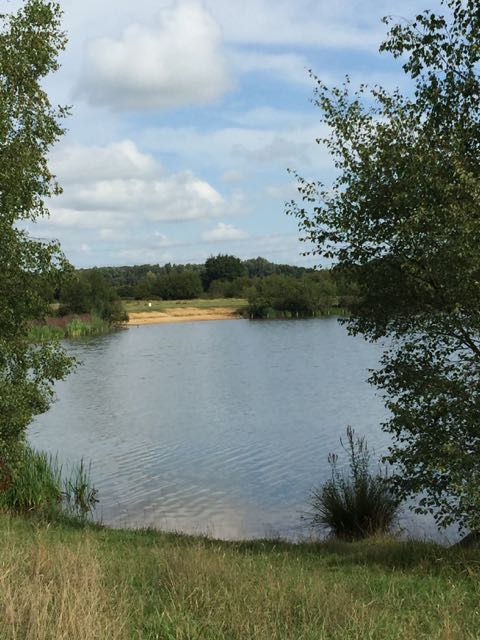 We followed the path round the lake, almost circling it. The path on the east runs close to the River Blackwater, a tributary of the Test. At a junction we turned left and crossed this river. 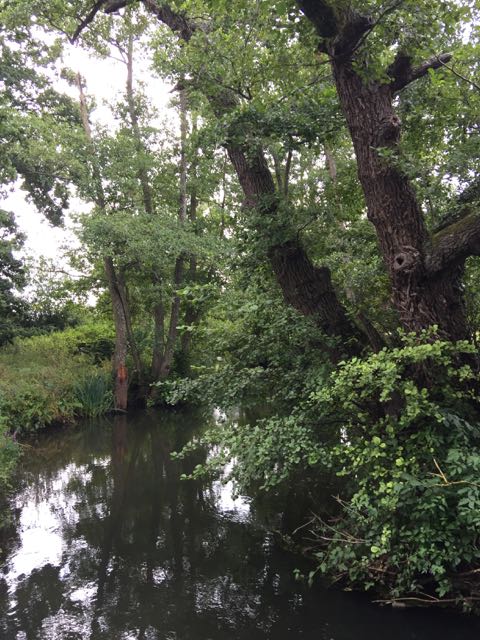 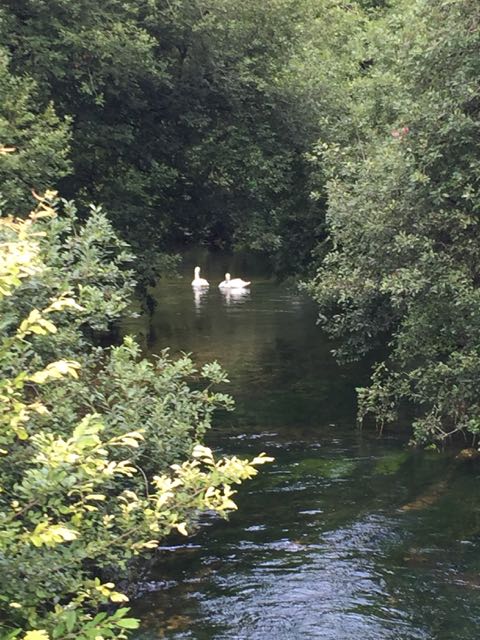 A little while later we crossed the River Test, which has several "braids" around here.  Lovely clear water with lots of fish. 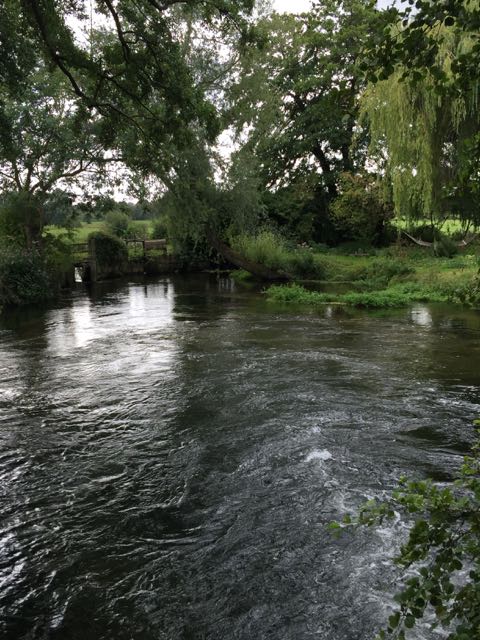 We passed ponies with foals, 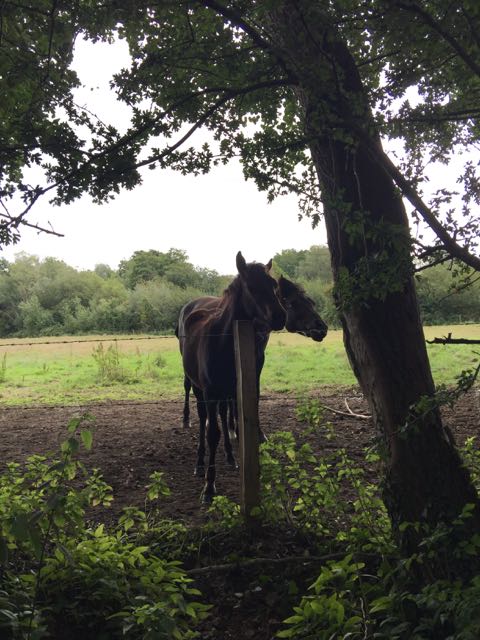 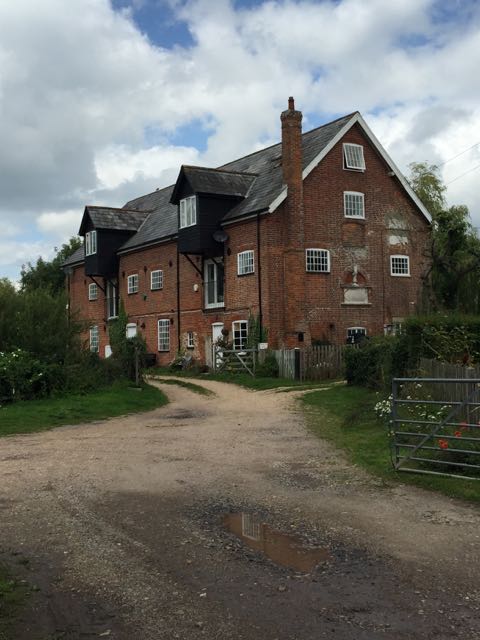 We walked along Mill Lane. Shortly after the junction with Station Road we found the Test Way signpost on our right, to head more or less south. 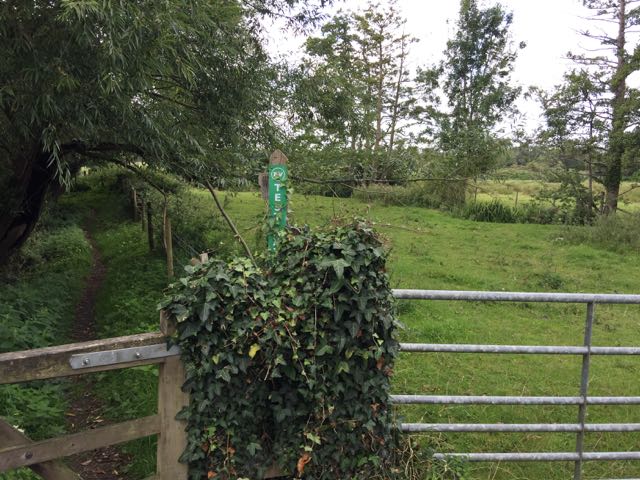 The path was on the right hand side of what seems to be a disused canal. It began as a weed covered stretch, then just a dry bed, and finally looked to be overgrown with reeds and himalayan balsam plants. 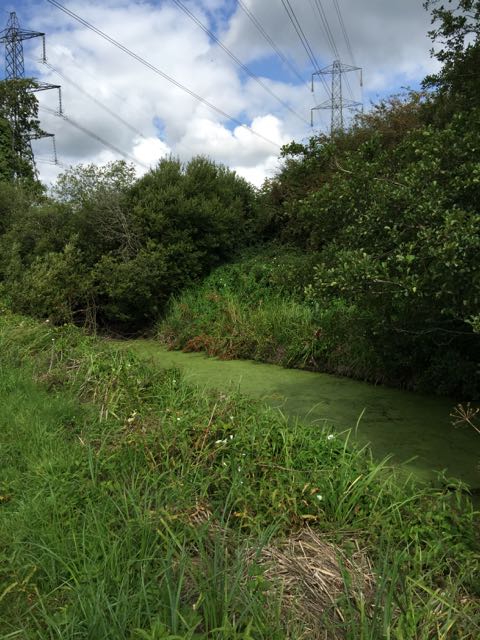 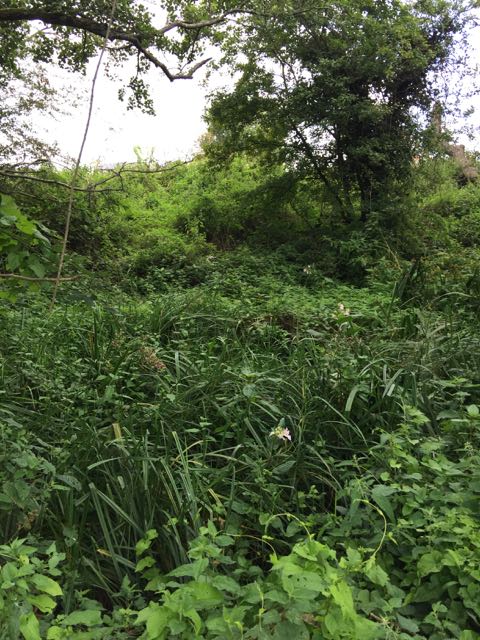 Towards the end of this section the path runs next to a railway line. we didn't cross the line, but turned right, soon crossed a bridge over a small river, where some boys were playing. Over to our left we could see the dockside cranes. 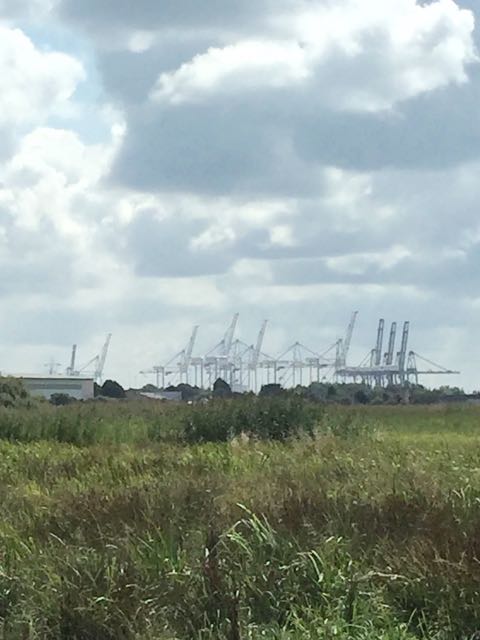 Before long we found the sign marking what used to be the beginning of the Test Way. It now starts, or ends at Eling. Close to the sign was a bridge over a larger braid of the Test. 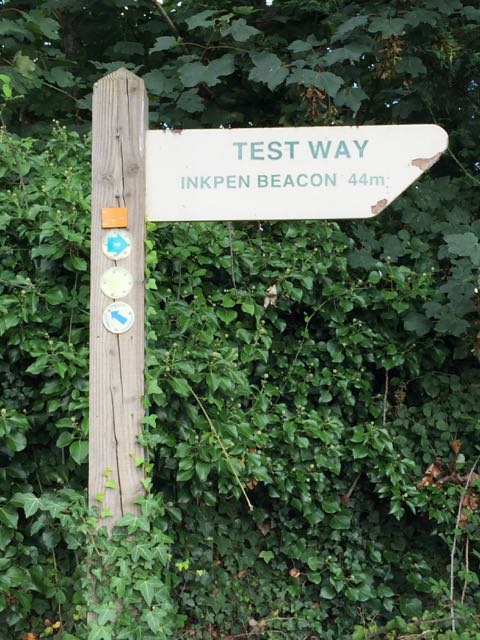 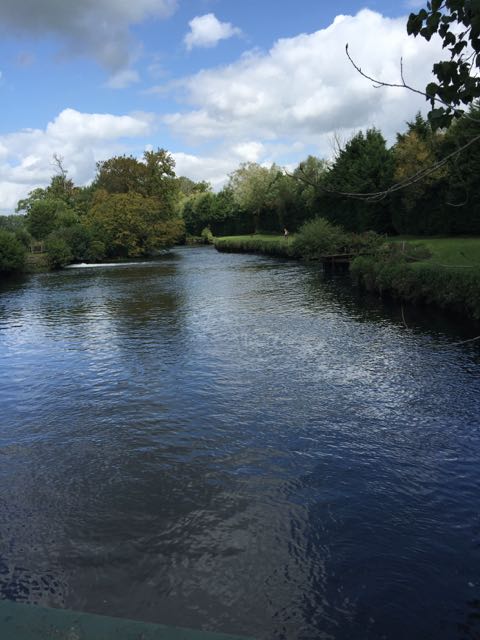 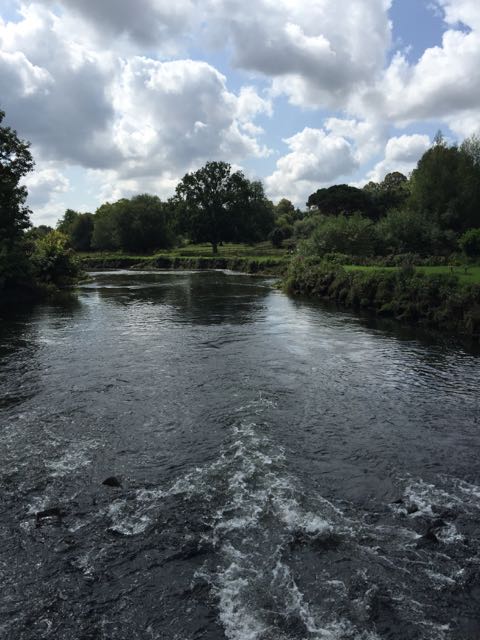 We spotted a decent place to harvest a few blackberries, before making our way into Totton itself. A few items from the supermarket provided us with lunch. The main road wasn't too inviting, but we found another footpath just across the railway footbridge. This path had yet more blackberry bushes. 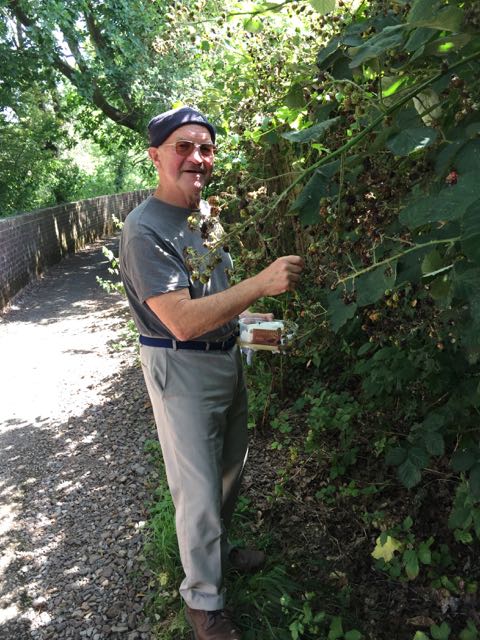 There is another section river, looking rather less inviting, muddy as the Usk. 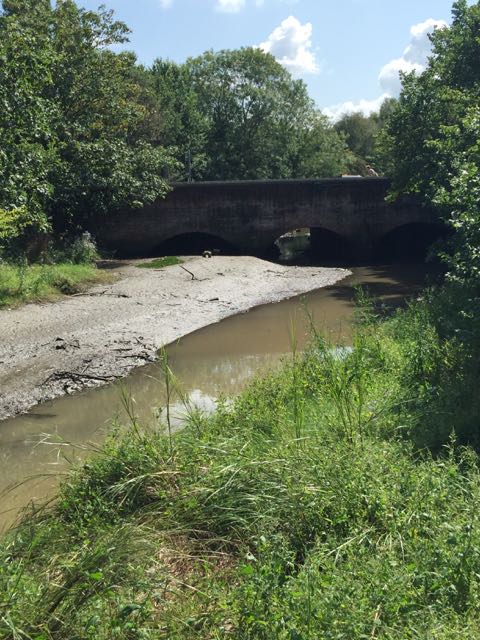 By roads and footpaths we wended our way back to base,well satisfied with our exploration of an area between Totton and Southampton, returning via darkest Totton. 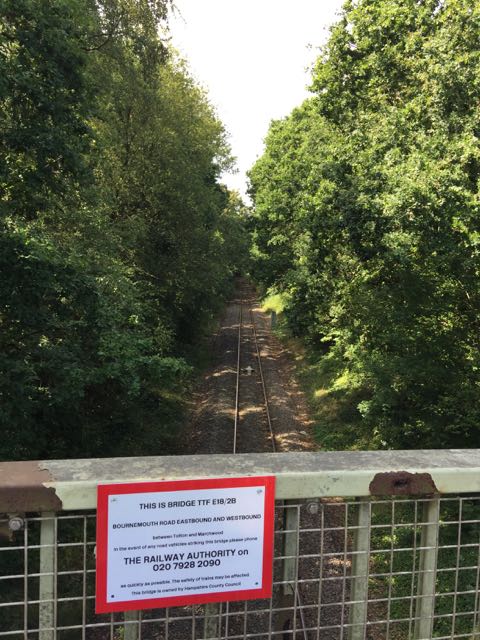 I've enjoyed looking through the records and photos of your varied walks and cycle rides this summer. Your photos look better than I remember much of this being summer being! Thank you.