Thursday 09 November 2017.  With Maureen.  11.5 miles and around 630 feet of climbing. A little more strenuous than our recent expeditions. Almost the same route as this walk from six years ago though we didn't touch Cold Newton this time. The weather was rather less sunny too.

The path starts from one of the parts of Digby Close at right angles to the main road, and leads through a field and down through a small shrubby area before coming out into the open countryside again. As usual for lovely Leicestershire we are able to follow the yellow wooden posts. 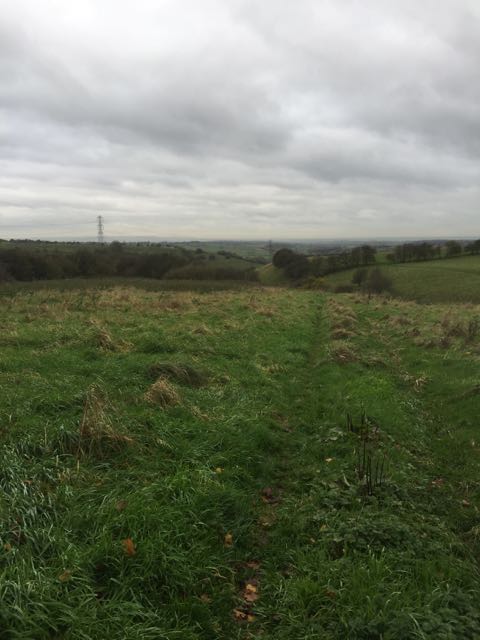 The path runs along the hillside to Springfield Hall and down towards the old Lowesby station. There's a track running round to the right here, but our path goes straight ahead and crosses the old railway route. 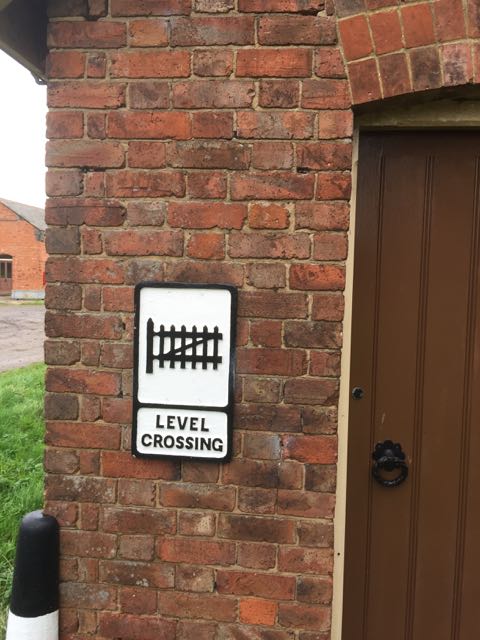 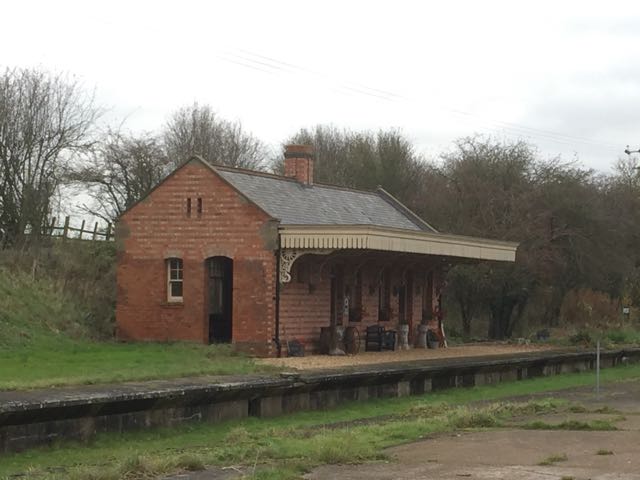 Once we've crossed this and reached the next field we spot the old signal box over to our left. It looks a bit dilapidated. 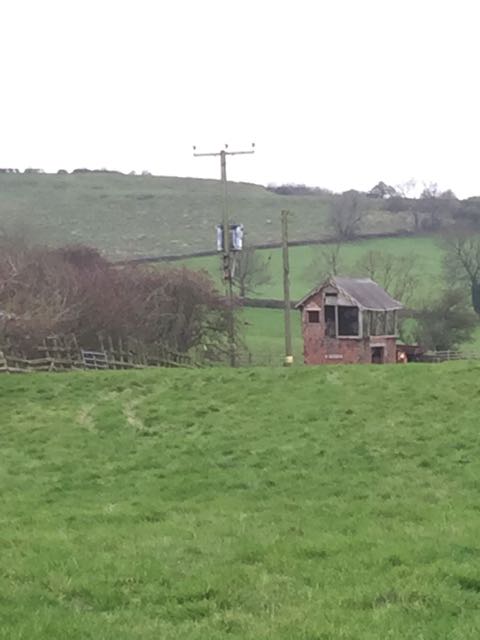 The yellow posts lead us uphill and on towards Lowesby, with its church surrounded by trees. 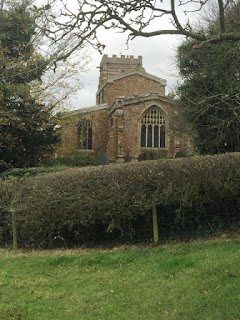 We walk round the churchyard - too early for a break, so we pick up the path round the northern side of Lowesby Hall, with its fine buildings and grounds surrounded by a ha-ha. 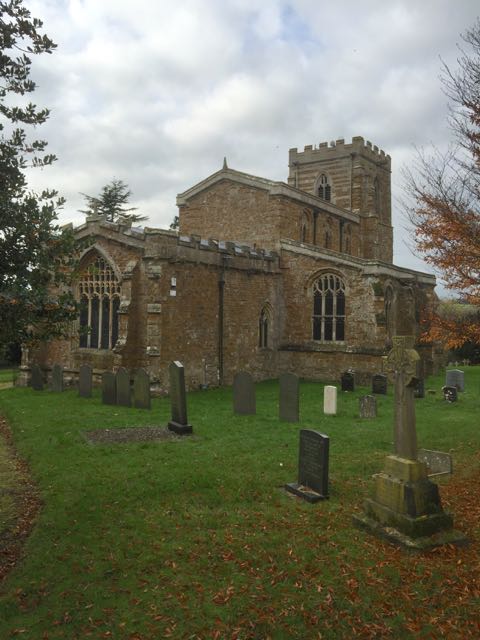 The beech trees are still in autumn dress. 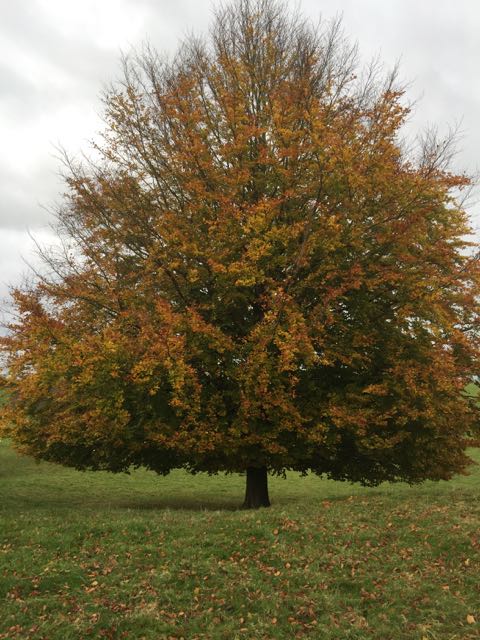 We turn slightly to the left of the main road to the hall and follow the route of the path keeping the woodland well to our left and aiming for the point where we cross Park Road. the path continues in the same direction after crossing this road, and we keep the field edge on our left for some time.

After a few fields, the way marker points slightly to the right , so we aimed roughly in that direction and climbed the hill to the fence where we saw these horses in the field. It turned out we had gone a little too far to the right, but by following the Midshires Way along the hedge and downhill to our left, we rejoined the route. We should have gone just far enough to the right to skirt Carr Bridge Spinney. 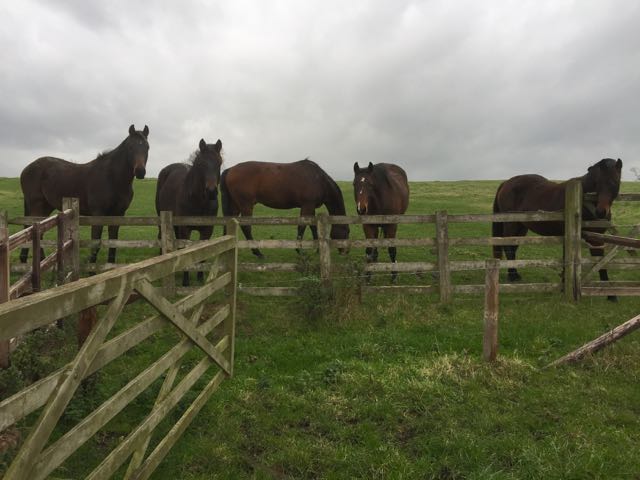 We continued following the footpath northwest past Hall Spinney, and Baggrave Hall, though this was hidden behind the trees. We crossed a minor road and continued on the right hand side of Queniborough Brook. The church spire of South Croxton was visible slightly on our right and ahead.
We arrived at this large pond, with wildfowl and water lilies and followed the path through some woodland and onto a samll road. We turned left into South Croxton, passing the Golden Fleece pub, and a garden with a small astro observatory, almost hidden behind the hedge. 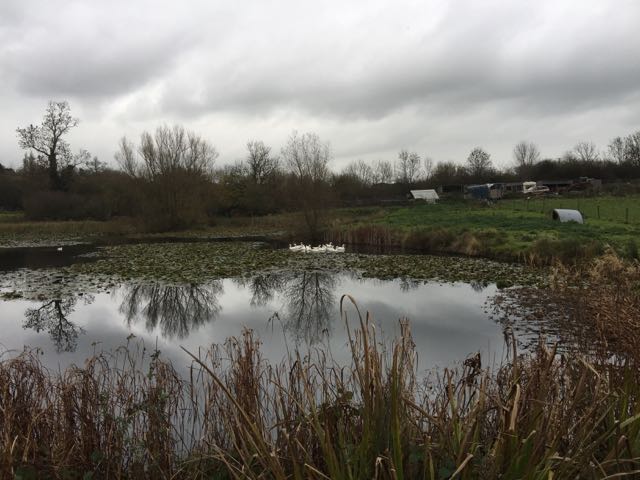 A little way along the road, just after a bridge over the brook we found the bench we used six years ago. Not so sunny today - the rain came down a little heavier just as we paused for a break. 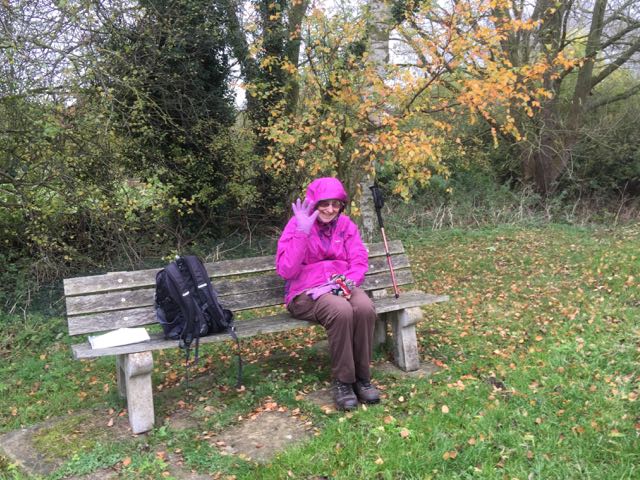 It wasn't heavy enough to make us move. Break over, we took the footpath on the other side of the road from the bench. It led across fields to the left.  The direction was now almost south. We crossed a bridleway and shortly afterwards took a path along a track to the left, now heading south east. We avoided Waterloo Lodge Farm, and carried on past Watson's Spinney towards South Lodge, where we turned left along a small unfenced road - an avenue of trees looking quite wintry now. 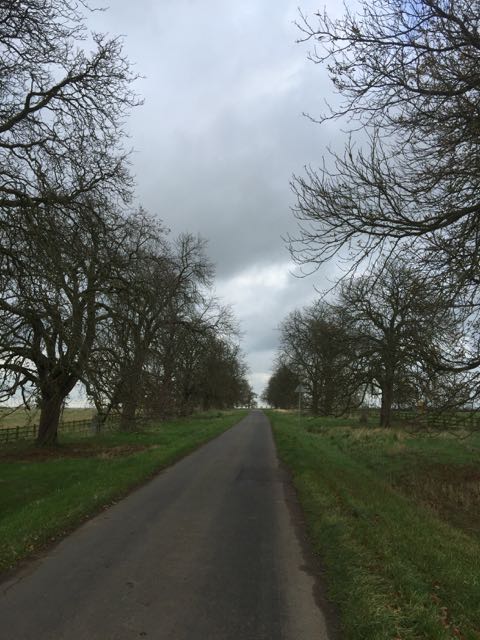 At the bend in the road we turned right along a bridleway which took us past Inkerman Lodge and across its drive, then into woodland. the old railway carriage shed is still there. 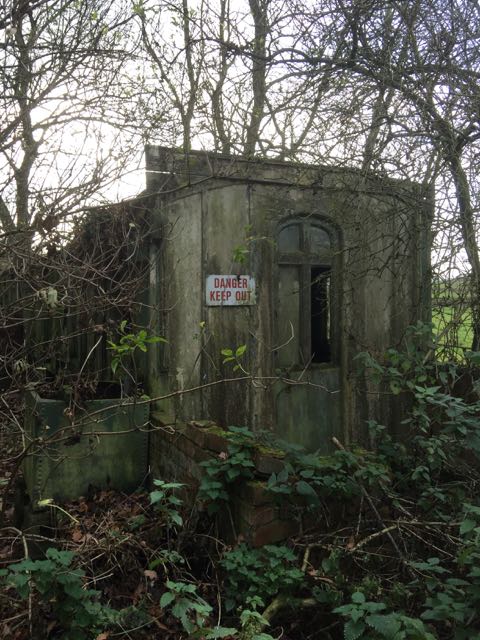 After the woodland we crossed Park Road near White's Barn and followed the bridleway,  climbing gently north of Cold Newton. We had a slight diversion here, partly because the signs weren't clear, but were soon back on track.  We continued, crossing Skeg Hill road, where the bridleway becomes a wider track.
The track crosses the disused railway and Hammer's Lodge Farm. At this point it climbs quite steeply, though not for long.  We followed the Midshires Way until we met a footpath, between two fences - signage not as obvious just here. 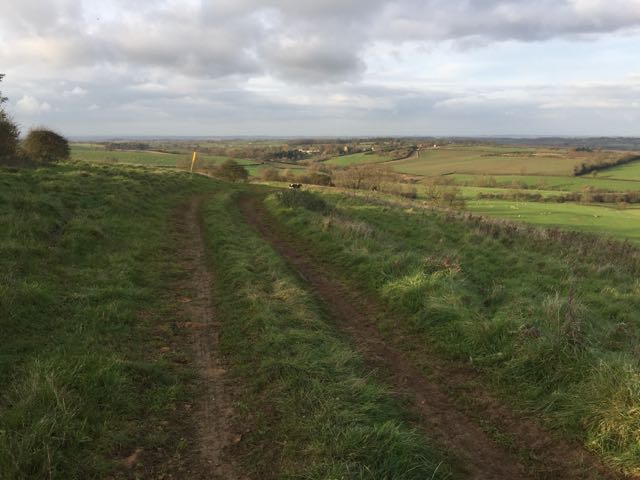 The footpath took us to the B6047, just before a layby. We crossed the road to the pavement on the other side, and walked the short distance back into Tilton. 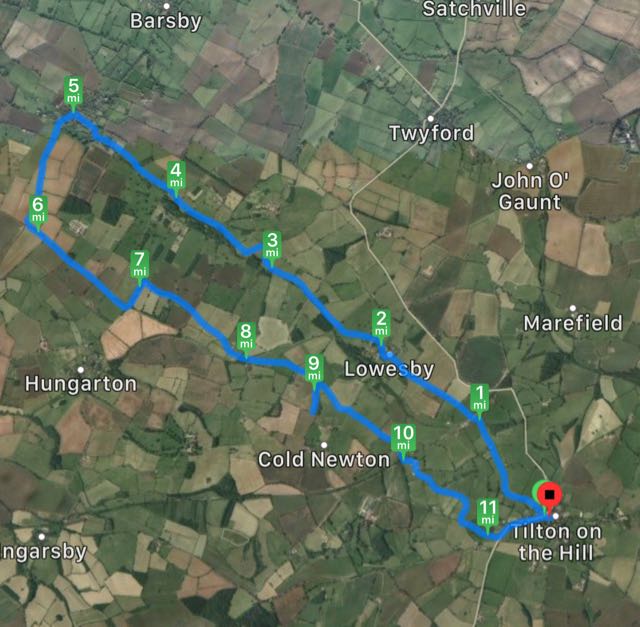 Good photos, Alison, and it looks as if you rose to the challenge of this walk very well !