Barry led this.  With Maureen, Gordon, Eddie and Ian and Carol. Just over 7 miles. Fine, but grey. Muddy fields. Lunch at the old café in Cranford.


We set off from the street named Top Dysons, which is opposite Cranford Village Hall, heading west, across a couple of fields, then turning left before the Grange, passing Hayfield Lodge and to the Cranford Road. We crossed this and took a footpath close to some houses. The path had a couple of sections where we were almost obliged to crawl, as vegetation was taking over.   The path takes you to the A14, but by walking on the path almost alongside, and up to the roundabout we had simply to cross a couple of not-too-busy slip roads.  We then walked back until we were opposite the original course of the path.  Next obstacle was the A6 - patience required, but no problem. At this point we walked south towards the edge of Burton Latimer. We follwed the edge of a couple of fields, and turned briefly left then right, eventually joining Church St, which we followed to woodcock st and then into fields. (I think this is where new houses are being built.)  The path took us east, down to the A6, which we had to cross again
We were now close to the wind turbines, and walked through the fields, pausing for a snack break at a footbridge.  The path continued eastwards, coming out at the A510, at the Round House. 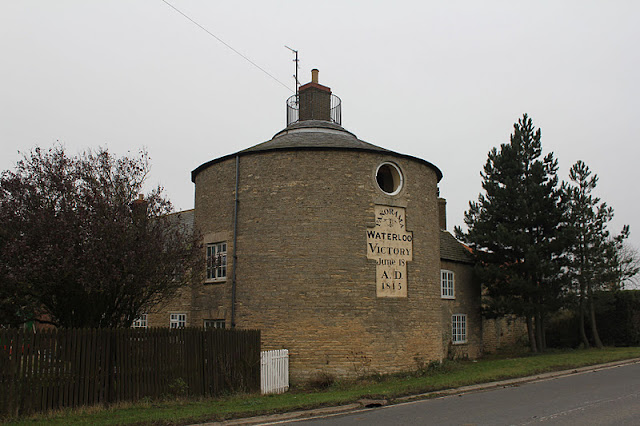 Here we turned north,  then north-east, and east to skirt an old quarry/ dump before reaching the A14.   Once over the road the path took us to the Cranford Road, into Cranford St John, past a disused railway, and the primary school, past the pub (closed on Mondays), and along a path which leads downhill, through fields (Hall grounds) to the church and dovecote, then to Cranford St Andrew, and the Old Forge Café. 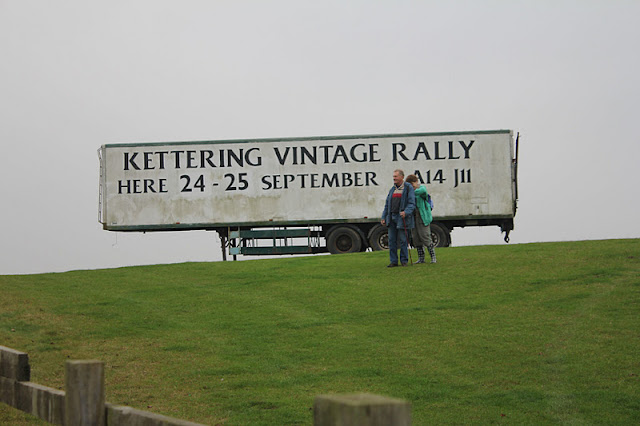 shortly before the A14 crossing 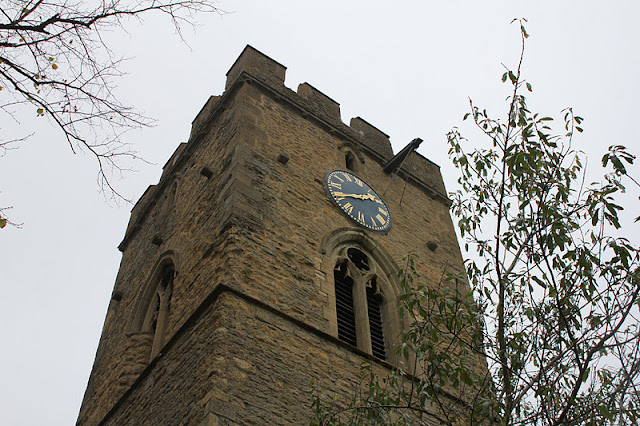 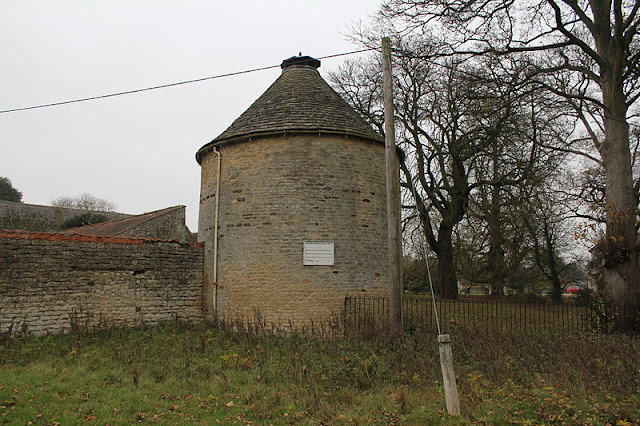 the dovecote
Map and details
Posted by aliqot at 3:13 PM

The round buildings are intriguing. Similar, if I remember rightly, to the lockup at Weldon.

I meant to post more info on the Round House - I'll put up a link in the blog post.

There's a pic of Weldon lockup on the Sep 8th 2011 post. And another dovecote hidden away at Clipsham.