The same walk as this one.

We parked in the car park at the bottom of the hill past the Kings Head.

We took the path past the church and walked in a clockwise direction.  The route is well trodden and well signposted.


From Wadenhoe church we followed the path over a couple of cattle grids to the road to Aldwincle, turned left along the road, then right on a path which took us along a field edge to another small road. Here we turned left through a metal gate and walked along a wide grassy track, which used to be part of the road from Thrapston to Oundle.

After another half-mile or so the path becomes wider, and joins a track.  Follow this to the right almost through the woods. The sign for the next turn-off is slightly hidden, but if you come out of the woods on to the big track, you'll need to retrace your steps for a hundred yards or so. The small track cuts through to the right, and emerges at the edge of a field.  Or you can simply continue and turn right just after the wood.

Turn right towards Lyveden New Bield. The marker posts are clear and the path goes behind the New Bield, with its car park and you should be able to get a drink and snack at the tea shop, even without making an official visit.

For more details about the New Bield - see this post.

From the New Bield the path goes across a field and directly through Lilford Wood.  At the other end of the wood, we crossed a small grassy field, then a footbridge, walked uphill through another field, until we reached a metalled track. This took us  for a couple of miles or so back to the small road we crossed much earlier in the walk. Here we turned right, then left soon afterwards, taking a footpath alongside a hedge.

The path is well signed and leads into `Wadenhoe village, coming out between two houses and on to the main street. 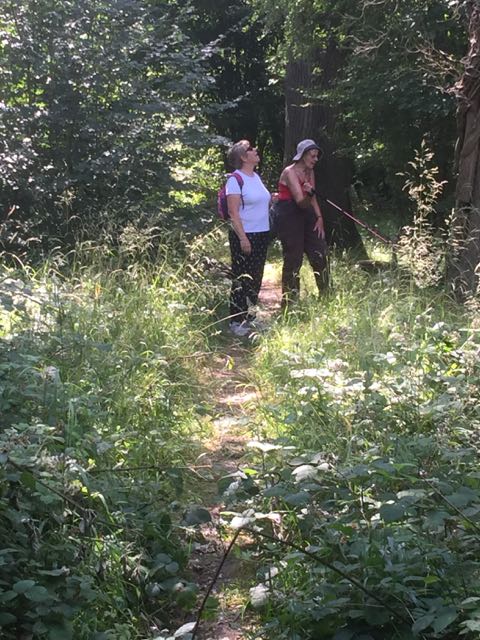 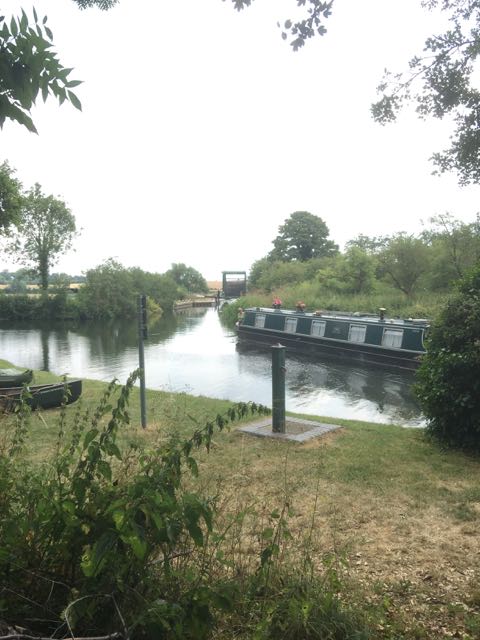 The heat has ertainly cramped our style a bit - slower, shorter walks have been the order of the day!

A lovely mix of sunlit paths and cloudy skies.