Mon, 2015 Sep 28 10:09 AM BST
With Maureen and Gordon. Late start after eclipse! Moonstruck leader wandered a little before finding the way. Around 7 miles in beautiful weather.

We parked on Drayton Road, near Mill Lane, then took Main Street out of the village.

We walked south out of Lowick, past Robb's Lane to where a footpath goes to the right, shortly before Aldwincle Rd on the left. The path crossed a field and a footbridge. At this point we must have missed a path straight ahead, since we did a detour around the field, and ended up slightly too far south, before making our way back. Eventually we were heading south west, parallel to Drayton Road, along a "byway" past a large locked farm building.
After crossing a farm road, the byway became trickier to follow, but we made our way, turning south, to the junction of the roads to Twywell and Slipton.  A large block of concrete , close to some splendid blackberries made a good place to stop for a break.
We took the Twywell road for almost a mile - it's noisy because it's very close to the A14, but there is not much traffic on the road itself.  We couldn't find the path behind the village to the south west - we had a couple of tries to find it from the Hills and Dales path, but gave up and hit the road instead.

When we came out of the village we took a footpath to the right,leading past Manor Farm, intending to turn left and join the path to Slipton. 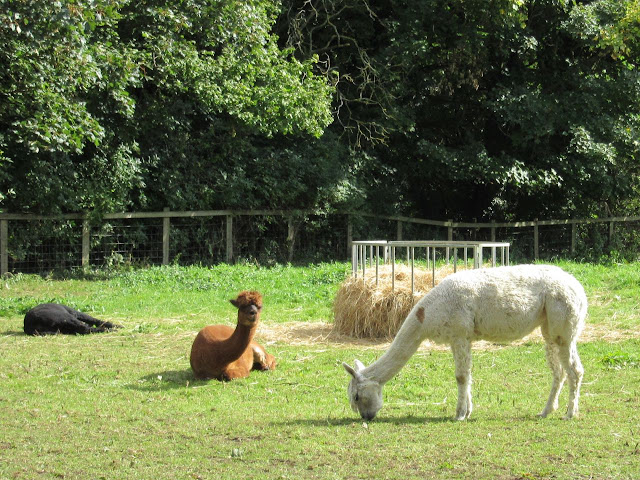 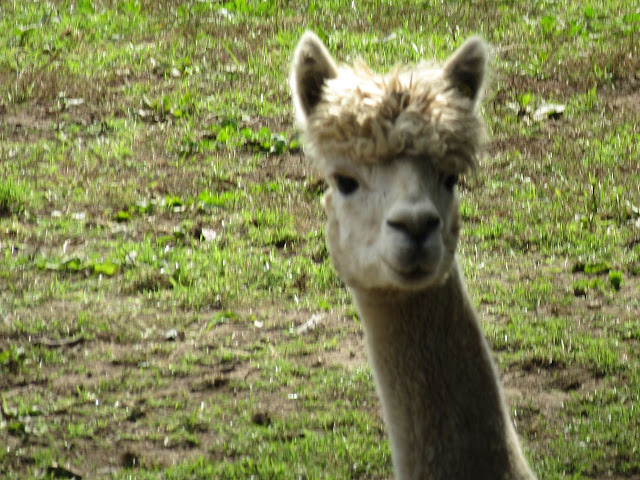 Our path took us north east and down into a deep cutting. 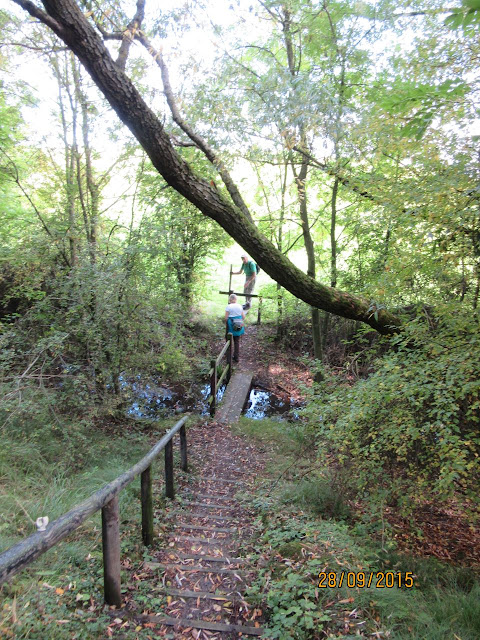 We decided to follow this path and miss out Slipton on our way to Drayton Park. There were a couple of recently ploughed fields - at least the mud was dry, but they were quite tough going.
After this we followed the edges of more fields and came on to a wide track just beyond Home Farm. We had to continue in the same north easterly direction, and the track took us to Drayton House, turning south east briefly, then north east again and downhill all the way back into Lowick. 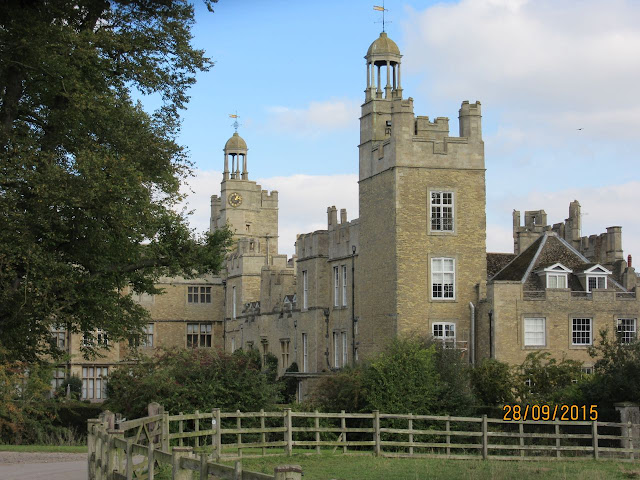 According to the Historic Houses Association, visits can be arranged at a price, and minimum group size 12. They describe it as still very much a family home, as it has been for 1000 years!  More info here. 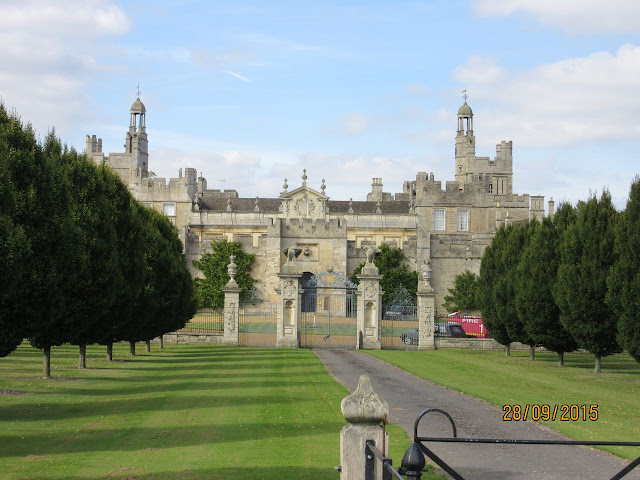 Another enjoyable walk in spectacularly good weather.
Map and details
Posted by aliqot at 6:17 PM

Looks good - in spite of your moonstruck meanderings! Ha-ha.
Lots of lovely blackberries and Drayton House looks very impressive. Will you be organising your walkers for a closer look some time?

I may, but we don't often hit the dozen at the moment. It's certainly in a great situation, and not all that well known!