Thu, 2013 May 23 9:46 AM Western European Time
Led by Barry, with me and Gordon. Track walking, then riverside. Clear paths, very flat, dry underfoot apart from a small section in Portholme Park. Just over 9 miles. Weather mostly dry, some sun, a couple of showers. Cold wind. Coffee and a toasted teacake in Godmanchester.
Photos taken with Fujifilm FinePix L55 - my very cheap point and shoot.


We leave the church behind us and turn right past the village hall, and then left along New Road, heading east. This soon becomes  narrow, and climbs up gently to reach Waterloo Farm.  Here it becomes a bridleway, and turns slightly to the right, then due south for a hundred or so yards, before swinging left and due east once more.  Before long it joins a north-south bridleway - with signposts. 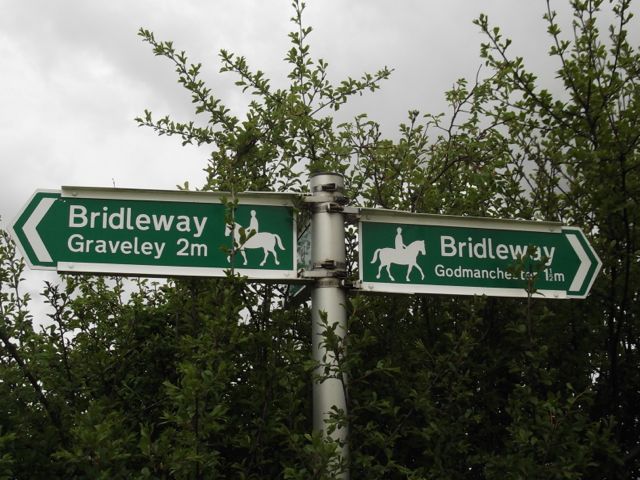 We take the route to Godmanchester - north.  It descends gently for almost 2 miles into the town. This is part of the Pathfinder Long Distance Walk 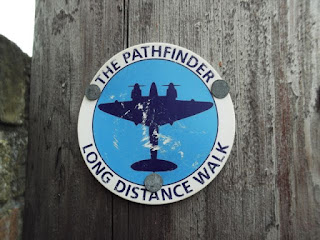 The Pathfinder Walk (46 miles) was designed by the RAF as a heritage trail in memory of the RAF Pathfinder Force and links up the 4 airfields (Wyton, Graveley, Oakington and Warboys) used by the Pathfinders when they were set up in 1942. The route runs through farmland, fen and open heath but also has some road walking.

There is a friendly café, so we stop for a break and elevenses.
In May 1561, at the request of the townspeople, Queen Elizabeth I issued letters-patent granting her name to the school.

The two pictures below are of a building erected in 1844 by one mayor, Edwd Martin and enlarge in 1899 by another mayor, W. Gadsby. 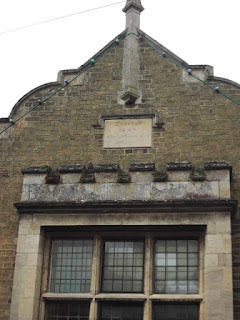 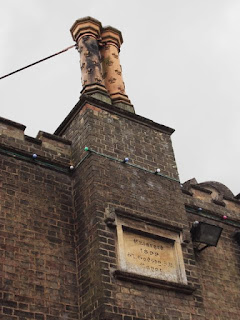 
We cross the bridge into the lovely riverside parkland,  but have to pause to shelter from a sudden hailstorm. 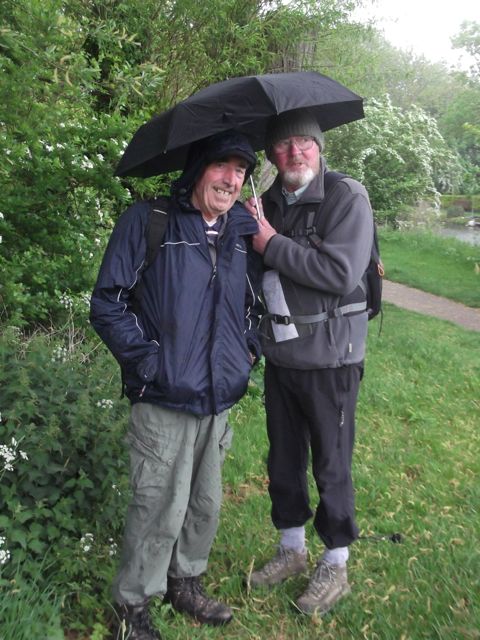 We walk as far as Portholme Meadow, reputed to be the largest meadow in England. It was formed from silt when the Great Ouse flooded, and according to the info board it still floods in the winter. It's covered with buttercups and a small pink flower at present.

We're now walking along the Ouse Valley Way, and follow the path.
We see Hinchingbrooke Castle on our right, before the path  turns south close to the river.
The trees and hedge shelter us effectively from the wind, and we're tempted by a picnic table and bananas at a Brampton pond in a conservation area.
We make our way past Buckden Marina with its very upmarket chalets and boats, and arrive back at Offord Lock. It's a short walk to the car.
Wildlife - the usual swans, geese, ducks, a couple of terns, some swifts.
Map and details

An interesting walk in an area I don't think I've ever walked in. People always say you live in Derbyshire so why walk here ... but I like to walk in different places.

When we moved here over thirty years ago, I found walking a real chore. Footpaths were blocked and overgrown, and there are no real hills. At least after Yorkshire and Derbyshire they felt like molehills.

Things have improved on the footpath front since then, and I appreciate the views from our lesser heights. The history of the area is fascinating too, and there are lots of lovely villages.

It looks like an interesting area ~ I just love walking as long as there's something of interest here and there. It's surprising how much interesting facts and history there is around.

I've really discovered a lot about the area since I retired, and got the chance to walk so often.