Thu, 2013 May 16 9:46 AM Western European Time
Led by me. With Barry and Eddie. Lunch at the Ruddy Duck. Very flat, dry underfoot. Good weather with a fair amount of sun. Around 10.5 miles [ I had a few hundred yards when garmin was switched off - hence my maximum walking speed of - 146 miles per hour!]

Tuckers Nook - an irresistible street name,  quiet,  somewhere to park unobtrusively, before booting up and crossing the High Street to Quarry Lane. We turn right to follow the public footpath, then take the clear track around the west and south sides of the quarry area. 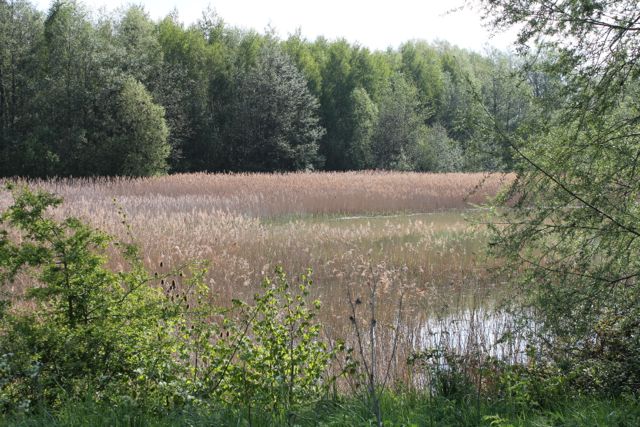 Maxey Quarry lies to the South of the village and now consists of lakes attractive to wildfowl, guarded by plenty of signs warning of quicksand, and the dangers of deep cold water.
We join the track which comes from Woodgate Road, just before the bridge over Maxey Cut. This track soon heads east past some  sand and gravel workings. 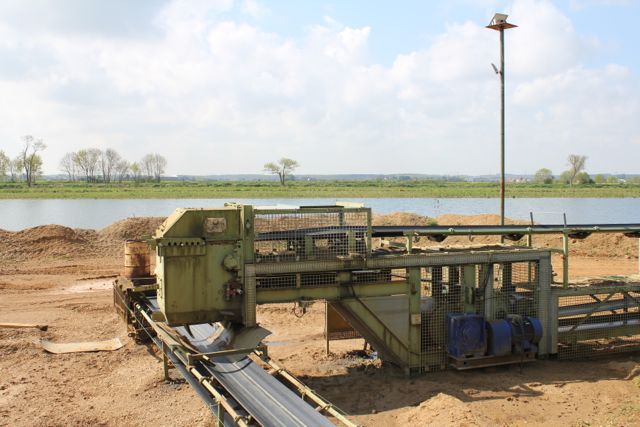 On the lakes we see grebe, coots, ducks and a vast number of swans, among half submerged willows. 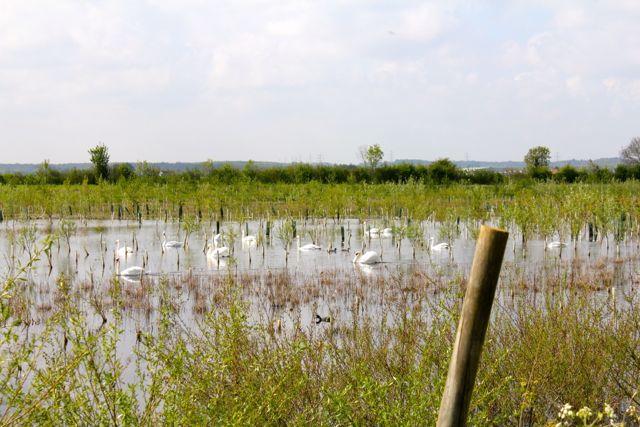 The track crosses the minor road to Etton and arrives at the A15, where there is a choice of culvert-style tunnels below the road.
The track continues to the east of the A15, and meets Lincoln Road, between Glinton and Northborough at the Nine Bridges Viaduct - road over water. We counted sixteen arches. 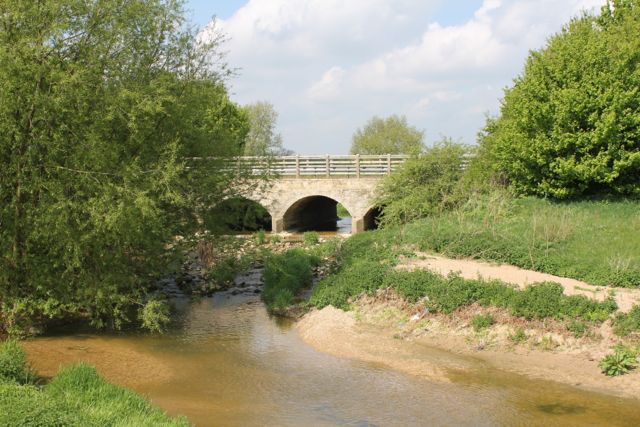 There's a man in a car labelled Traffic Survey - the job doesn't look too arduous, and he's not even counting pedestrians. We turn right and immediately left, and pick up a permissive footpath which takes us to the side of the Cut. 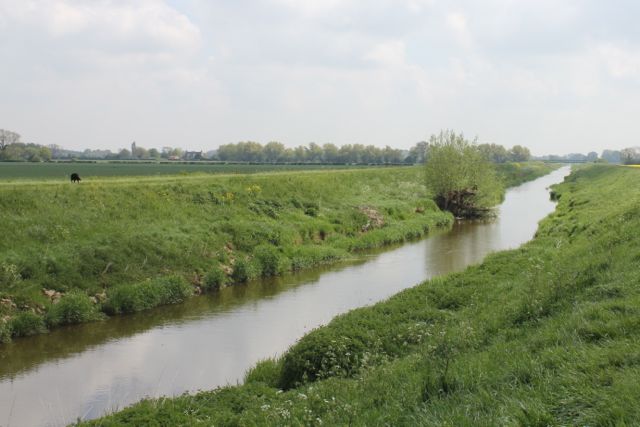 We turn right and walk as far as a bridge carrying a footpath. There's a heron fishing. 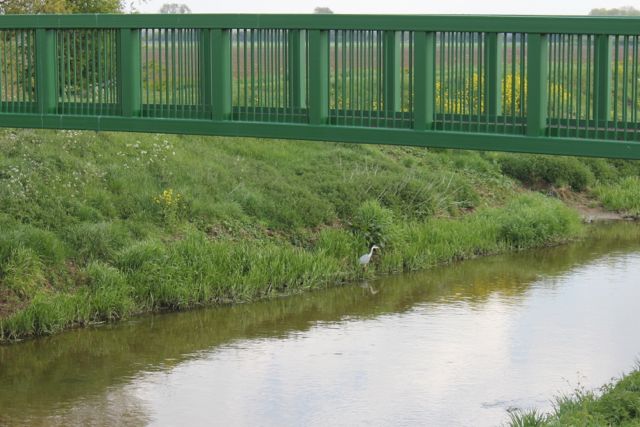 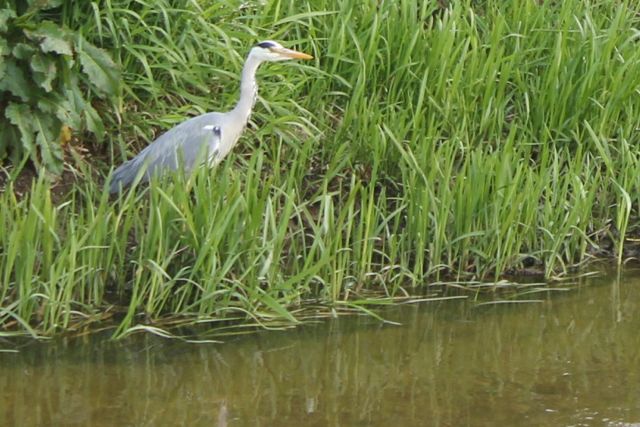 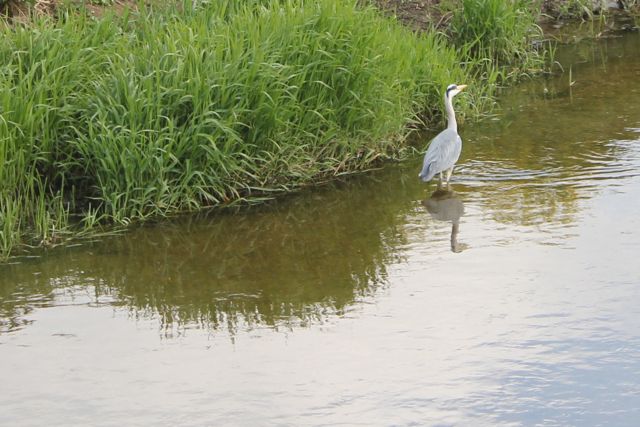 It really isn't bothered by our presence.  We turn right along the footpath, reach the Mile Drove Road, then turn along North Fen Road.  We walk as far as the bridge with a display board about John Clare. For a gentle introduction to his work have a look at this blog.

A few hundred yards later, our footpath goes off to the left just before the first houses in Glinton.

We walk along until the path turns right than left, and now we have a possible alternative route. It's that sort of day - we'll try the other path via the course of the Car Dyke.  We overshoot, then return.  We come out in Peakirk just by the magnificent, nay splendid, Old Rectory. A left turn along a narrow footpath brings us to St Pega's church, with its open bell-tower and medieval wall paintings.  This is very much a hidden gem, nestled among the trees, and with no tower or spire advertising its presence from a distance. 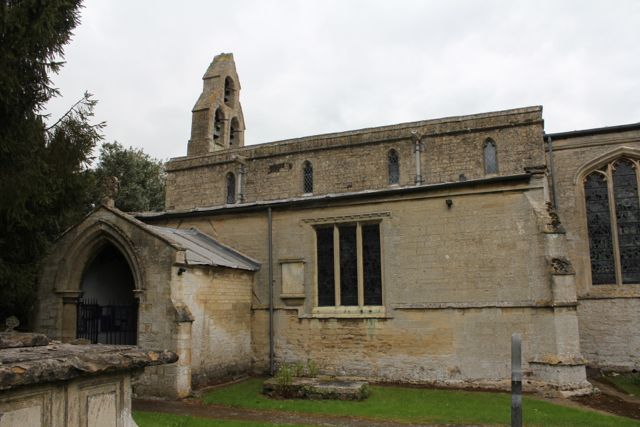 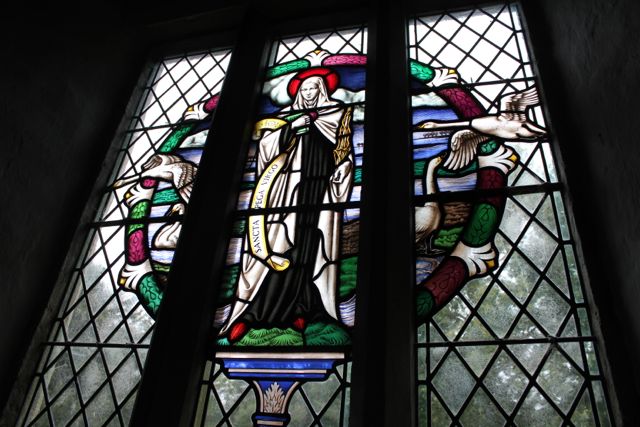 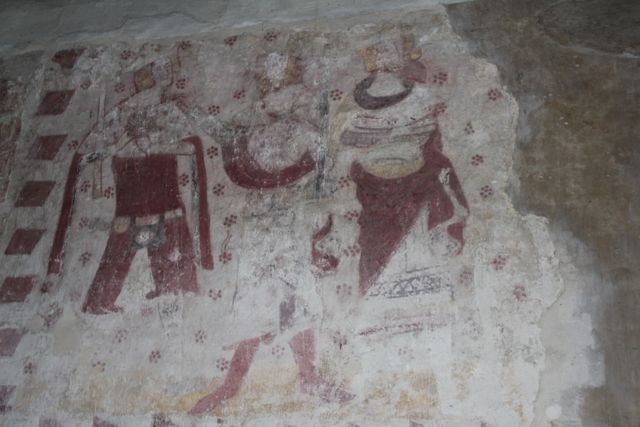 We've walked about 5 miles by now.  Next stop the Ruddy Duck for a bite to eat. Then by street and pavement to Glinton, with a brief nod to Mary Joyce's grave. She was John Clare's first sweetheart. Their romance was thwarted because her family would not accept him socially.  Alas, she died single at the age of 41, in a house fire. Here's a poem Clare wrote about her - before her death. 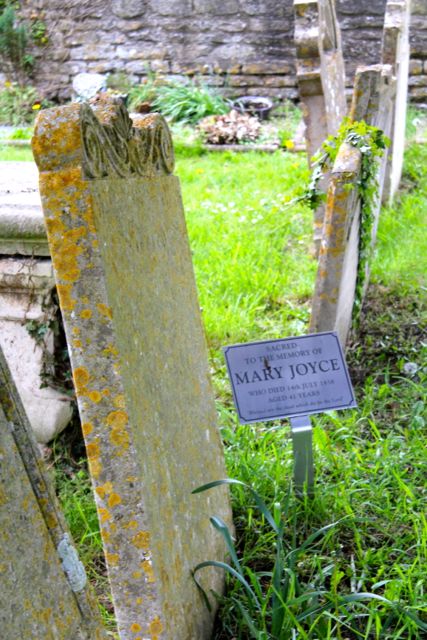 I can take John Clare's poems in small doses, but he had strong ideas about the changing countryside and its people, and was very much against the enclosure of common land.  His tragic life and depression caused him to be locked in an asylum for some time.

On we stride along a street which leads directly to a footbridge over the A15.  This must be the highest we've been above sea-level all day.  We continue at the side of a field of yellow rape flowers, to the turn to Etton, a very small village, with a pub, a fair few horses, and the claim to have won the "Best Kept Village" competition at least three times.
We've spied a route that looks better than tramping the hard road back to Maxey, and turn left along another dyke, near a road bridge. 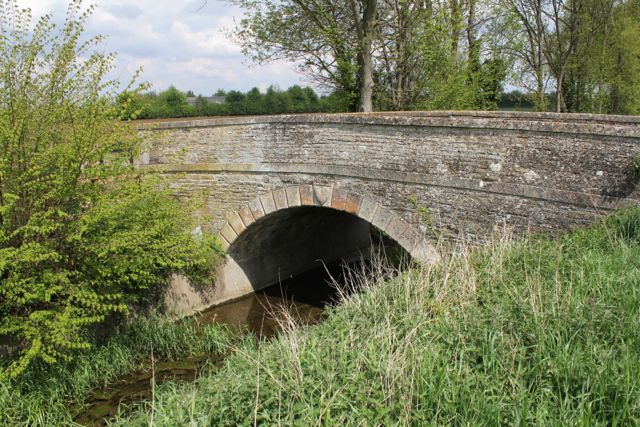 With the help of our map, we wend our way back towards Maxey, meeting several dog-walkers - I think they are vital in keeping some of these paths open to the public!
We return to Maxey along Woodgate Road, and return to the car.

A day of wide skies, long views and plenty of water.

Wildlife:
Grebes doing a bit of a courtship dance,  a heron staying obligingly still, terns, swallows and a very loud robin in Maxey.

A recent Countryfile programme includes a section on John Clare.  It's about 12 minutes into the programme.

Map and details
Posted by aliqot at 7:47 PM

A part of one of my cycling routes Alison.

Great for the waterbirds! I should try to get out there with the camera and just take my time - and the tripod - and the bigger lens, etc etc.
I'm impressed by the Peterborough Green Wheel initiative - hope it doesn't all fade away.