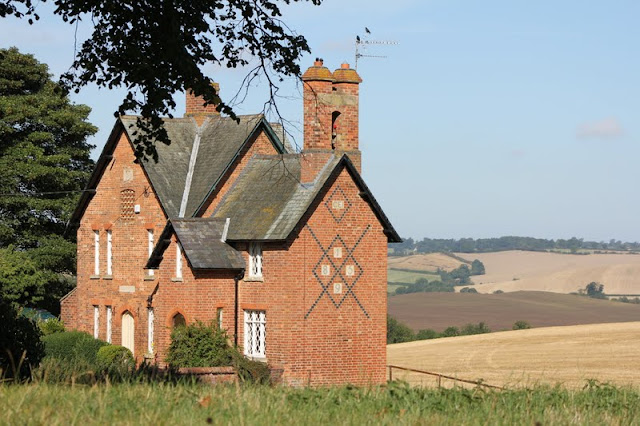 We left Lamport on the road towards Old, and shortly after this rather tall and beautifully situated house we took a footpath to the right. The house has decorative brickwork patterns, and displays the initials CEI (Charles Edmund Isham, the local landowner, gardener and reputedly the man who brought garden gnomes to Britain).
The path goes behind Lamport Hall - we caught just a glimpse through the trees from this side, and continues for a while, across a harvested field. In the middle of the field two paths cross and we took the one to the left - not very easy to see now the crop has been lifted. 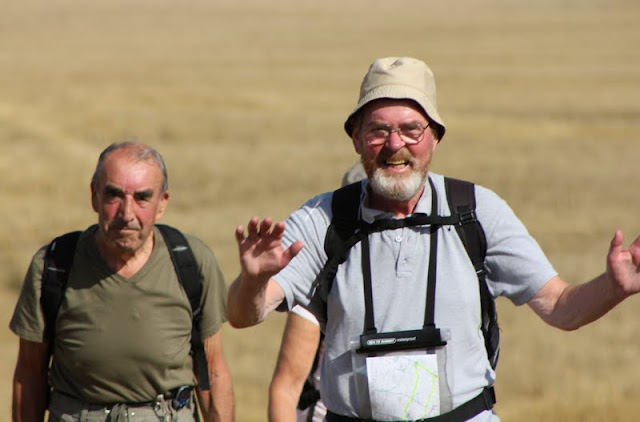 The photo above is a great example of how not to compose a photograph - how many arms does Barry have? 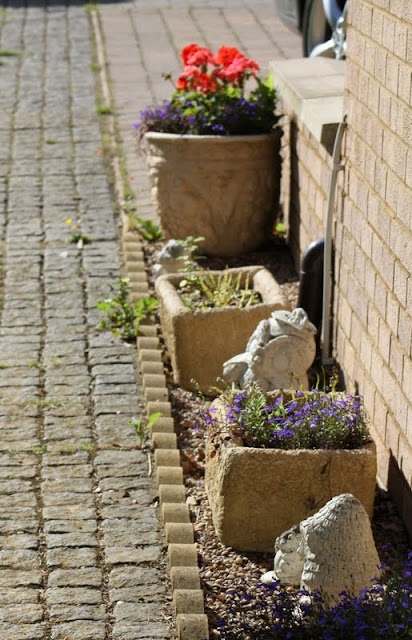 We walked on and slightly uphill into Scaldwell, by way of a stile close to a row of houses.


It looks as though the tradition of garden figures is thriving in the locality.


Scaldwell contains several Grade 1 listed buildings, including some of those we walked past before we left the village.

Sundial House  has datestones (no not the fruit) from 1650 and 1772."The large sundialdated 1650 between first-floor windows, probably C20 restoration. Datestone 1650
and 1772 to left and right gables" 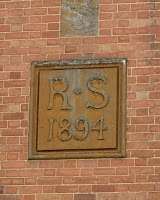 This is Scaldwell House, though I'm not sure whose initials R S are.


We walked past some very attractive cottages, and finally the Grange, before taking the marked footpath to the right. This led us across cultivated fields, including one which was full of flowering plants and (for once) some insects, gently downhill and then up into Hanging Houghton. 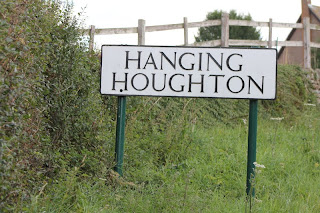 
There we turned left following a minor road which goes steeply down to the Brampton Valley Way.  Just off the road and on the disused railway path there was a convenient bench, where we had a slice of Gordon's birthday cake. (Thank you Gordon and Maureen!)


We didn't take the Brampton Valley Way but carried on along the unfenced road which took us very gently up to Blueberry Grange (no blueberries, just sloes).  We turned right, north-east to Blueberry Lodge. Just after that we took a bridleway (though it was more like a path) to the right, following a hedge.  There is a break in the hedge but it is possible to walk either side as there is another chance to cross after a quarter of a mile or so.  Next we had to walk gradually uphill along the edge of a huge field where the corn stubble was shining in the sun, then down to meet the Brampton Valley Way again. 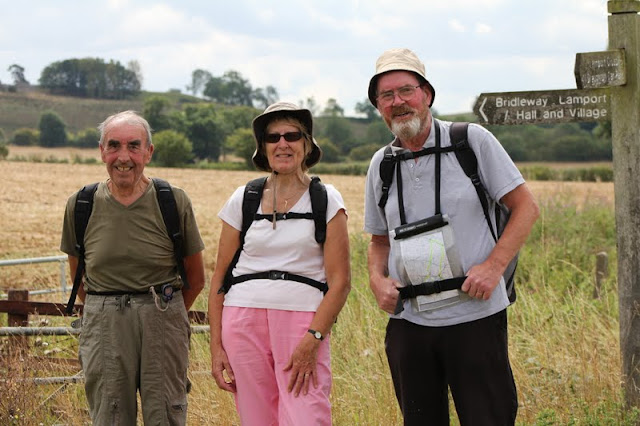 We followed the bridleway up to Lamport. 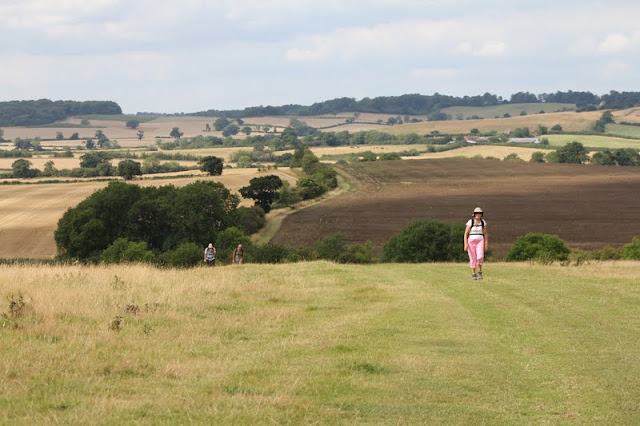 pausing to admire the view from time to time 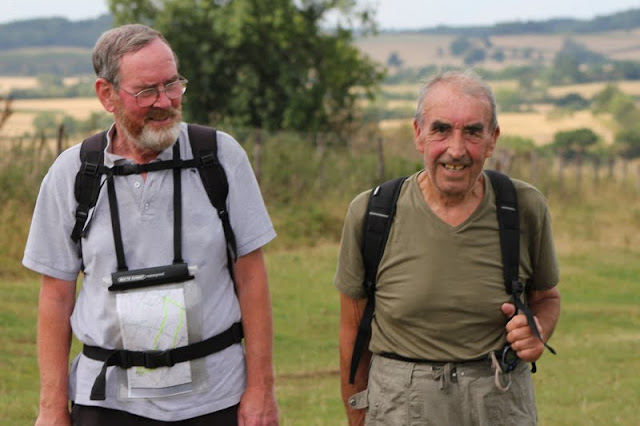 until we reached the A 508, and arrived back in Lamport 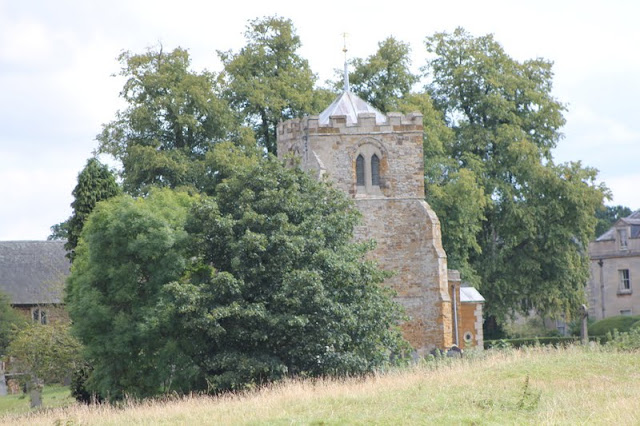 For details and map
Posted by aliqot at 2:02 PM

That first photo is indeed a pretty house, and in a fine location too by the look of it.

My sister and her family lived in Dovecote cottage in the 1960s - it was one cottage, though it looks as if it may have been 2 at one time. Above the door the stone plaque said (may still say) 'Where pigeons once did sport and fly, you now may bake a pigeon pie' . My brother-in-law was a stonemason and worked for Sir Giles Isham and the cottage came with the job.

Thanks for the info, Linda. It all helps to give a better picture of the place. Next time I'm around there I'll have a closer look.

Thank you for the comment. When was that? I'm just nosy!

I searched "Dovecote Cottage Lamport" for a very personal reason, and was initially put-out when I came across a post claiming that "My sister and her family lived in Dovecote cottage in the 1960s...". That was until I saw the author's name and realised that it was my auntie Linda who seems to be unsung the family historian! The sister was my beloved mother and she gave birth to me in that very cottage on 2nd February 1966. God bless you mother, with all my love, your son.