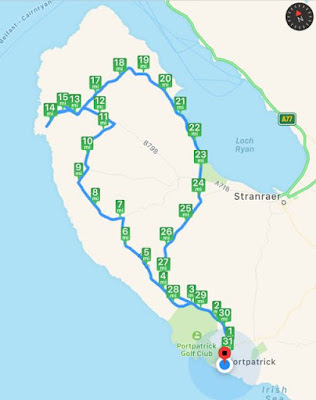 A slightly earlier start than on Tuesday, and the intention of taking it steady...next time we're in the area the target will be Corsewall Lighthouse.
Another brilliant ride, with masses of wildflowers again. I love the scent of wild garlic and bluebells.

We rode up the obligatory hill out of Portpatrick, along the A77 as far as the left turn along the B738, which we followed past Portslogan, ignoring a right turn on Rawer Road, where the Southern Upland Way footpath crossed our route and another right turn to Glaick and Stranraer. 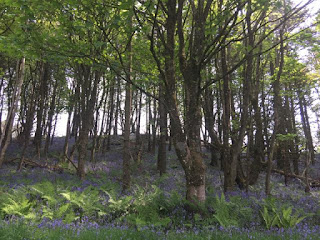 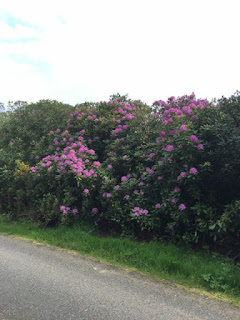 We rode through some beautiful woodland, with bluebells and rhodendrons, and turned left at a junction with the B7043 to Leswalt. Instead of taking the Leswalt road we passed farms and settlements of Galdenoch, Knocknain and Cairnbrook.  We paused for a coffee at a grassy junction just before the road turned north (left) at a right angle.

Ervie was the next point marked on the map - there's not much there either. We turned left and followed minor roads to reach South Cairn, from where there was a rough road down to the shore - we'd seen warnings that high speed ferries could cause unexpectedly high waves, though we didn't think they'd reach as far up as we were! 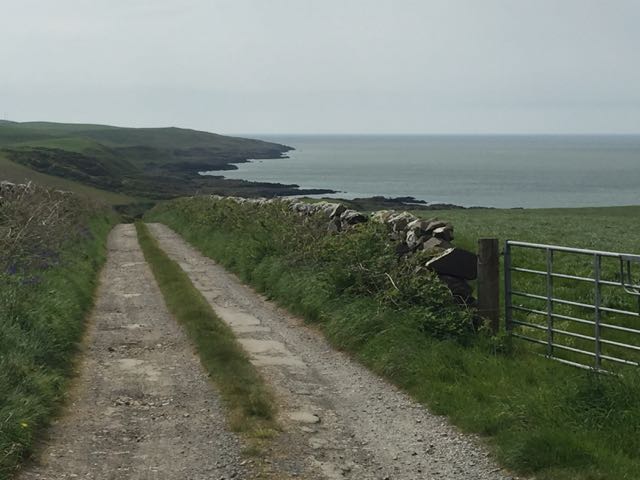 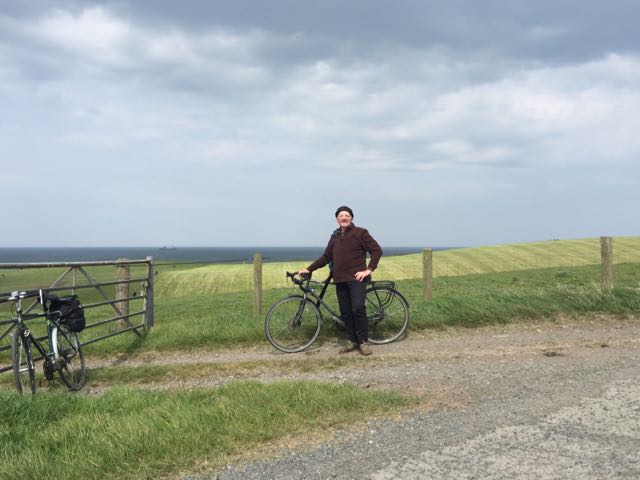 Then we tried to get to North Cairn, but it was not easily accessible by bike, so we returned to the road.
When we saw a sign that Corsewall Hotel and lighthouse was three miles away along a road to our left, we considered it, but six miles was a step to far... so we decided to head along the A718 for Kirkcolm, and the possibility of a shop, or a pub, instead. Kirkcolm Community shop was on the village sign, but was closed, probably for good! The pub didn't look any healthier.  Luckily we had brought food with us, and found a picnic site looking across to Cairnryan. 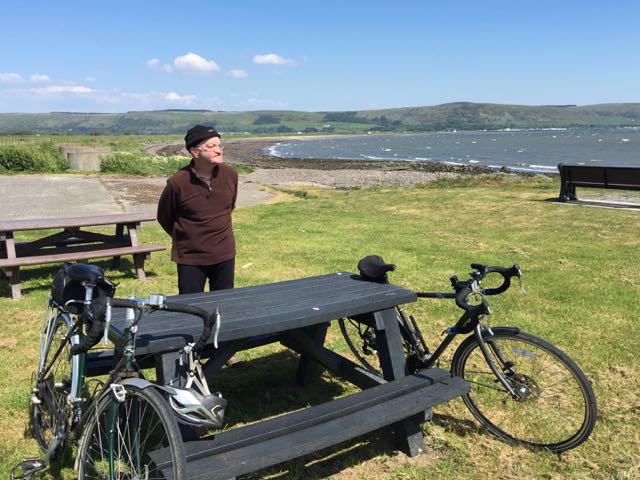 We didn't hang about long, since it was windy.
The next three miles along the main road were hard work, with Loch Ryan on our left while we cycled against a strong headwind. When we arrived at Soleburn Garden Centre we were delighted to stop. Garden Centres with their coffee shops are modern oases.
From there we continued on the A718 for a short distance up to a roundabout. Straight on along a B road, past the other end of Rawer Road, and Glaick, to rejoin our route out, returning to Portpatrick on the B738 and A77.
Another fabulous day out, and another meal at the Harbour House Hotel.
And finally, just to prove it wasn't flat...