With Maureen starting at 10 am. We set off from The car park near the Nene Way at Wadenhoe Mill, and crossed the river by the footbridge. 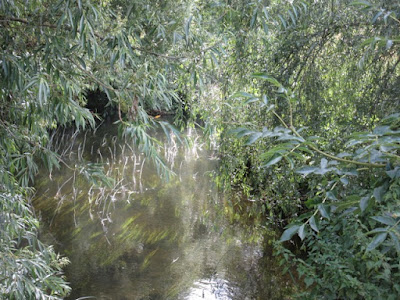 Our path took us over a field and another footbridge. Looking back we could see Wadenhoe church on its hill. 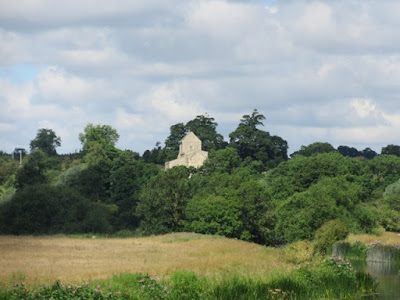 We headed for Achurch church, and walked through the churchyard to the road. 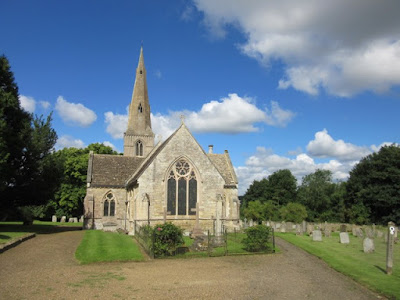 Soon we took the public footpath to the left, through woodland called the Linches, and emerged on the road near the gatehouses to Lilford Hall. 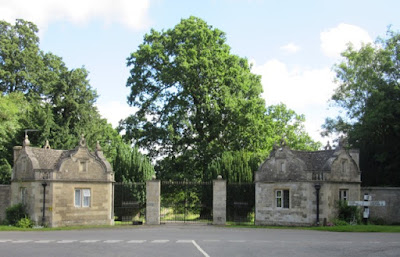 We turned left at the road junction, and noticed this disused gate. 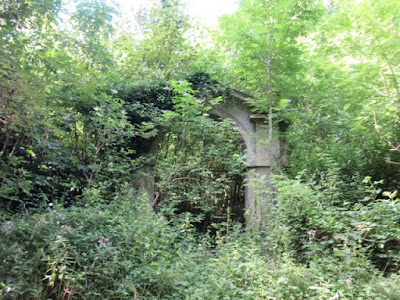 We crossed the Nene once more over two small bridges. 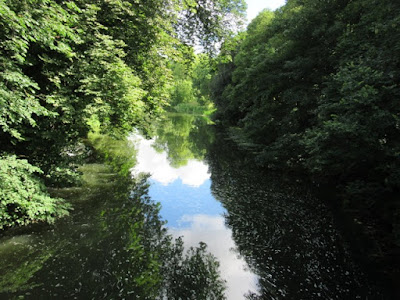 We found a not very clear footpath beginning with a stile in the hedge on our right, and headed towards Pilton and its church. On the right we had a distant view of Lilford Hall surrounded by trees. 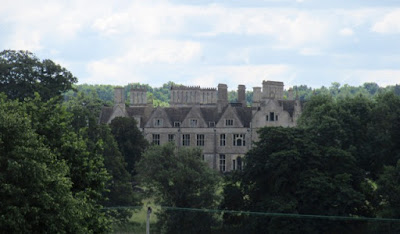 We had a brief look at the outside of the church, though later reading suggests a lot more to see. There are connections to the family of Thomas Tresham for starters. And the Manor house at the side was used by gunpowder plotters.   Another time . . .!
Afterwards we made our way back towards the village and found the footpath to our right leading towards Stoke Doyle. The Georgian tower is visible across the fields for some way.

We headed for it, but had difficulty following the path through a field of long grass ( or skinny barley). Then we had to brave a large herd of cows and calves. These were curious, and a bit persistent, but no real trouble.
We followed the path which cam out near Stoke Doyle, then found a bench opposite the Shuckburgh Arms. Time for coffee and a scone.
We walked along to the church, which is dedicated to St Rumbald. 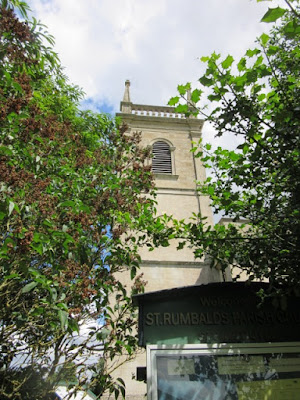 St Rumbald was an infant prodigy of a saint. Son of Alfred king of Northumbria and Kyneburga daughter of King Penda of Mercia.  He was born at Kings Sutton, in Northamptonshire, and lived for just three days, dying on 3 November 662. He knew he was going to die, so miraculously asked to be baptised. 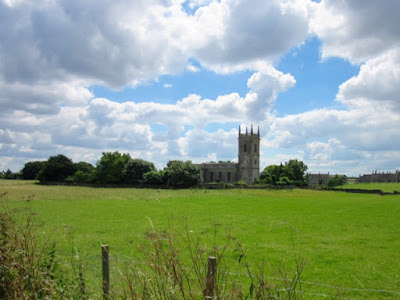 We passed two horses with zebra masks to keep off flies. . . 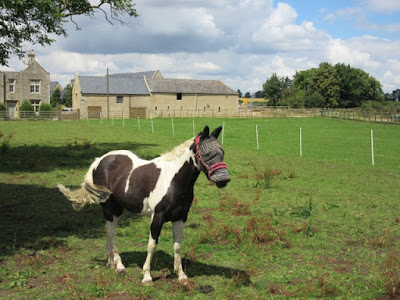 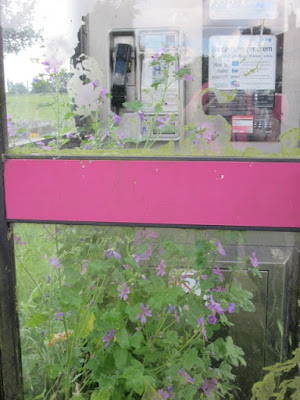 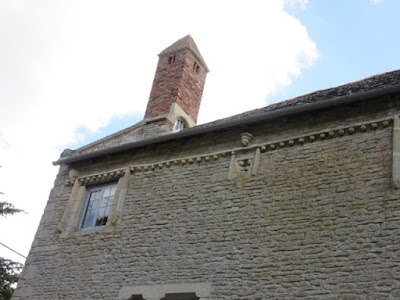 where we passed a house with some stone carvings. I later discovered this is the Bede or Watch House. 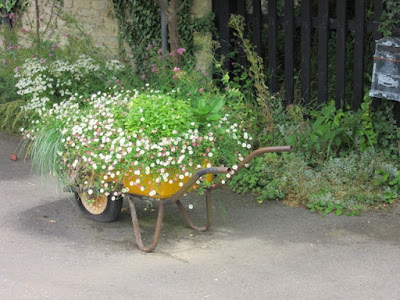 Then came a flowery wheelbarrow.
From Pilton we followed the road and then a footpath to our right to take us back to Wadenhoe.
After a quick look at the dovecote, 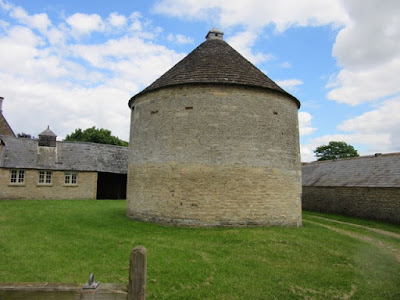 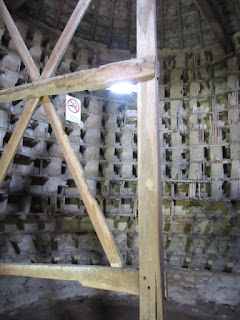 and in ,
we decided to call it a day and headed for the Old Barn for lunch.

Very English - a good collection of churches and oddities. I am amazed you did all that before lunch!

To be fair, we had a couple of snacks and we were pretty hungry!