With Gordon and Maureen, on Monday 18 July. Just under 6 miles. 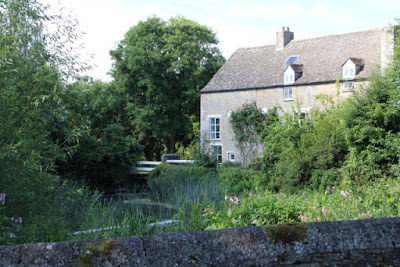 . . . and followed the route from last Thursday, across to Achurch. 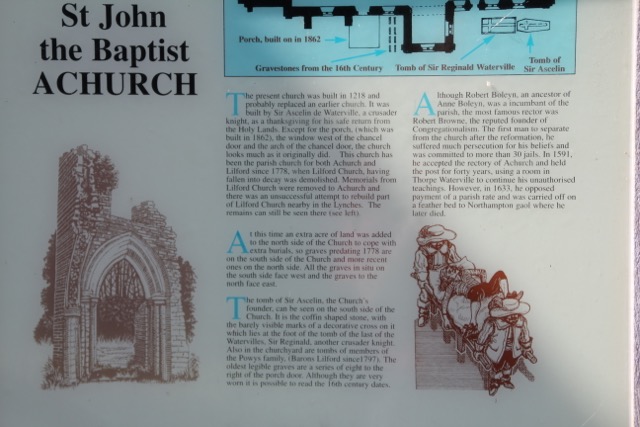 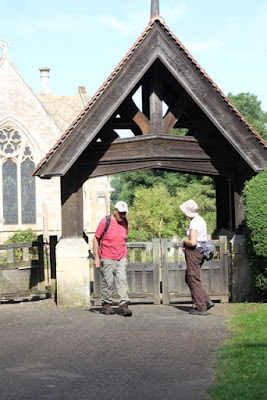 This time we took the Nene Way path through the Linches. 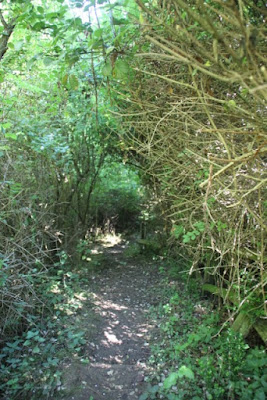 It's a bit overgrown, road-less-travelled, and still muddy in the shady sections. Over Lilford Bridge across the Nene 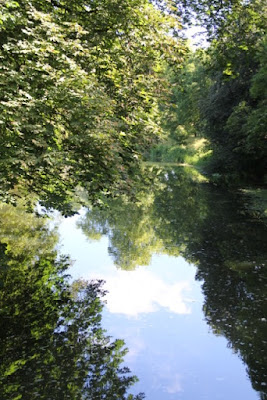 and then the stile in the hedge on our right, and the path to Pilton, through a field of Jacob's sheep. 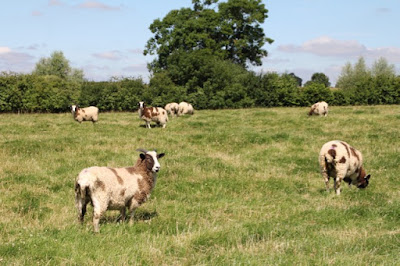 As the weather was so hot, we had a brief water pause on the bench in Pilton, before setting off along the road to Wadenhoe. Just outside the village we took a footpath on the left, through trees. When we emerged into a field we headed for the opposite corner, between two sheds, and found ourselves by the cottages near the war memorial. 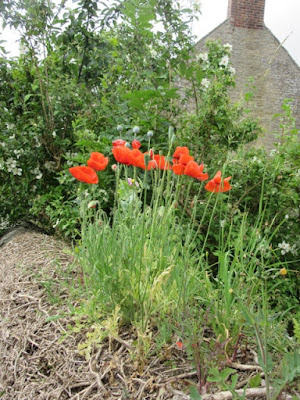 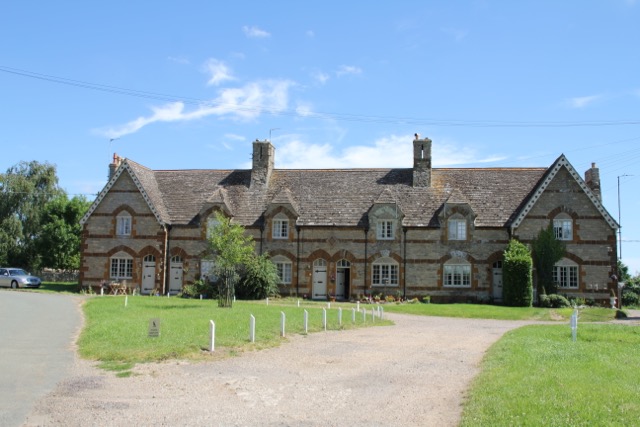 Too hot to use the seat there, so we continued along the road to Aldwincle, following the second footpath on our left, marked as the Lyveden Way. After walking alongside the hedge through a couple of fields we reached the sharp left turn along the old road, now a bridleway. We followed this until we met another track which turned left and led us into Aldwincle.

We walked through the village as far as the Nene Way signs just before the church.

This path took us right back to Wadenhoe emerging at the village hall car park.
Lunch at the Old Barn before returning to the mill car park and away.
Posted by aliqot at 10:35 AM

Could really get the feel of a hot summer's day from this, Alison. I bet the shade under the trees was welcome!

It was blissful to walk in the shade!