This walk is much the same as Monday's,  but in reverse and with some of the moonstruck meanderings straightened out . . .

We set off from Drayton Road in Lowick once more, this time walking along the road as it passed several houses, then going through the gate where the private road and public footpath begin.
A gentle climb brought us to Drayton House, which looked splendid as the last morning mist began to lift. 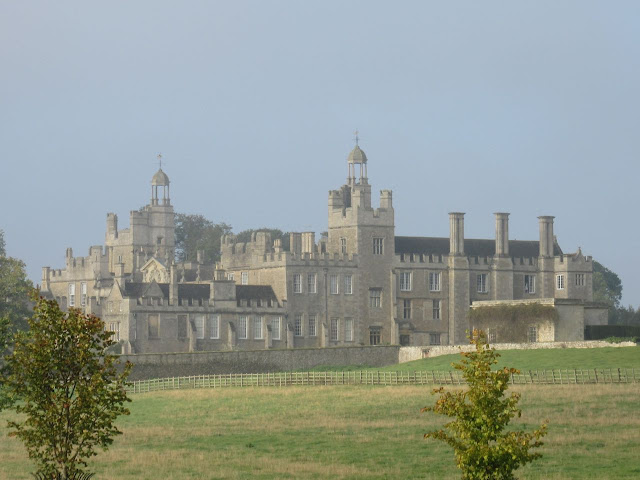 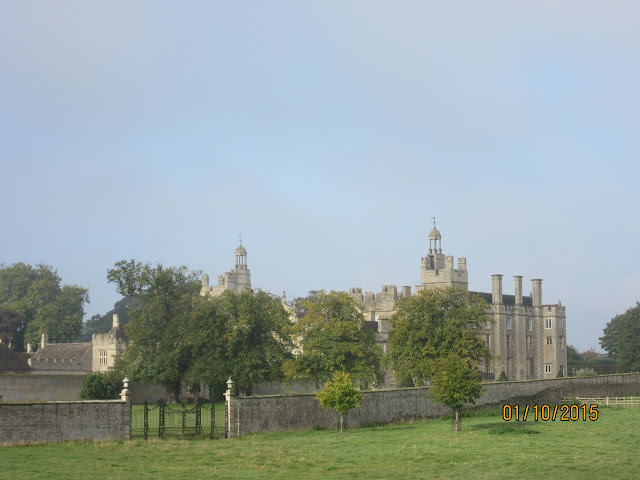 We followed the private road as it made its way down towards Slipton. Autumn fruits hung in the bushes. 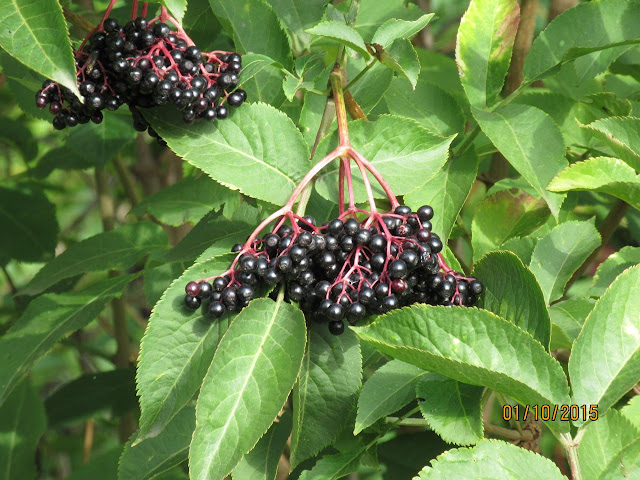 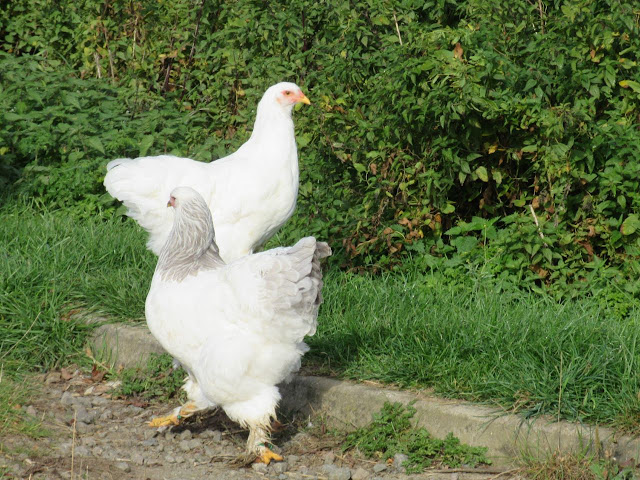 Some fine chickens were ranging freely 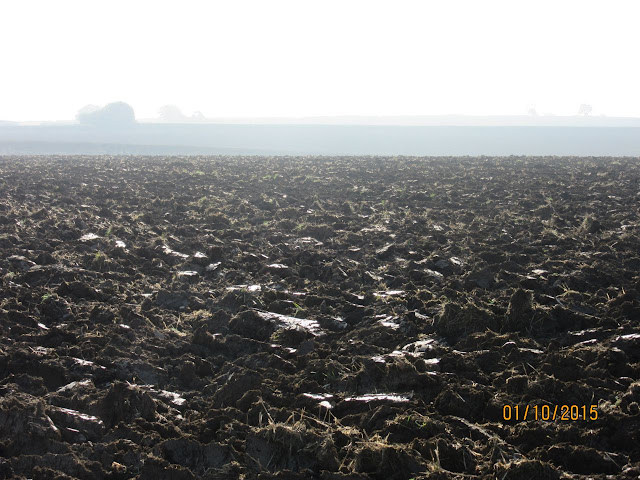 Fields were freshly ploughed. Luckily we were not walking over these! 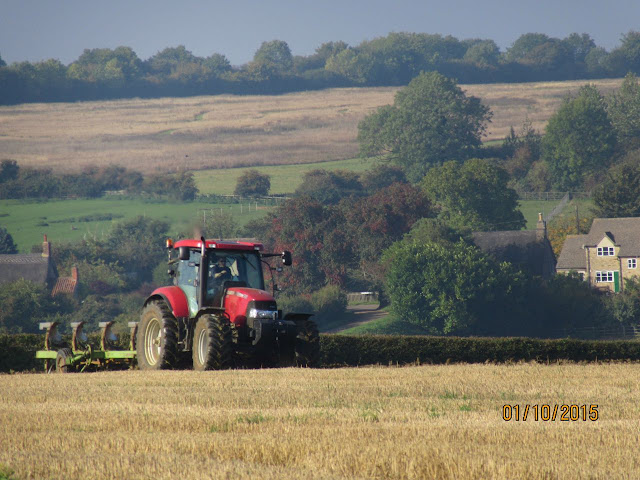 The tractor was still ploughing.
When we reached Slipton, we turned left and walked as far as the pub (The Samuel Pepys).

Just over the road from the pub is a footpath which we took through a field with horses. This led to the bend in a road, where there is also a footpath to the left along the hedge. The footpath comes out near Manor Farm, where the llama/alpacas are, then out on the road in Twywell. 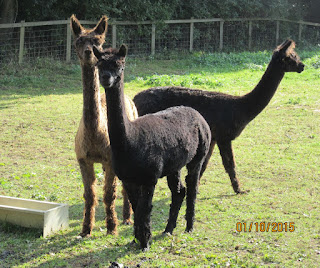 We turned right along the road for a short distance before taking the footpath to Hills and Dales. The path skirts the back of the gardens in the village, and by keeping to our left we emerged near Monday's field of strange sheep and out at the other end of the village, near cottages called Cyprus Row.  Here is a fine bench on a patch of grass - an ideal point for contemplation and coffee and a scone.

From Twywell we had to walk along the road for about a mile - it's a road with little traffic, but rather spoiled by the noise from the nearby A14, hidden behind trees. At the junction with the road towards Slipton we turned left and quickly right on to the footpath we used on Monday. We followed this as it widened into a bridleway as far as the large locked agricultural building.

The path should go straight on and then left from here, but we went left then right to end up in the same place - there's a waymarker just before you cross a farm road. Then the path cuts across a field to the right hand edge of a wooded area, and follows the field edge round to the right to a footbridge over the brook.

After the bridge we turned slightly left and walked gently uphill towards the road. We turned left and walked along Main Street back to Drayton Road.
A better walk than Monday's - we missed out a couple of muddy sections and some ploughed fields!

Good job you were able to dodge those ploughed fields! The tractors are still very busy here too. Lovely photos - thanks for bringing a breath of air and some of the English countryside in Autumn - to France!

Thanks, Ida. We did cross a couple of fields on Monday - pretty dry, though. Today I found a slightly less demanding route.
I'm gald you enjoyed the pictures.