Mon, 5 Oct 2015 9:36 BST
Carol, Tommy, Terry, Maureen and Gordon and me. A drizzly grey day, but we didn't get soaked. The recently ploughed fields were rather hard going. Lunch at Old Forge. A bit under 7 miles.

A grey day, and not much temptation to take photos.  We covered parts of the previous routes around here.

From the Old Forge Tearoom we walked along Top Dysons, and through the fields following the bridleway until just before the Grange. Here we turned right, roughly northeast, and continued for about a mile in this direction. At a point where there is a concrete post we turned left, heading slightly north of west, crossing a section of lime tree avenue again, until we met the road on a bend.

We turned right and walked for a few hundred yards beside the road, turning left at the next bend along a farm track. A few yards along, just after a hedge we went through a gate to a footpath on the right. this goes diagonally to a gap in the hedge, then we had to cross two ploughed fields. (Note for future reference - aim more or less for the opposite corner of the second field to find the waymarked path.) These fields were still reasonably dry.

Here we went through a gap in the hedge and then by the left hand side of a small wooded area and another couple of ploughed fields. These were getting sticky in the drizzle, so we were pleased to walk along the side of the next field, again by some trees. No alternative in the next field though, but this was a short stretch.

We managed to avoid ploughed fields by following the edges, and on one occasion taking a half-blocked path through a hedge.  The photos make it look worse than it was. Really! 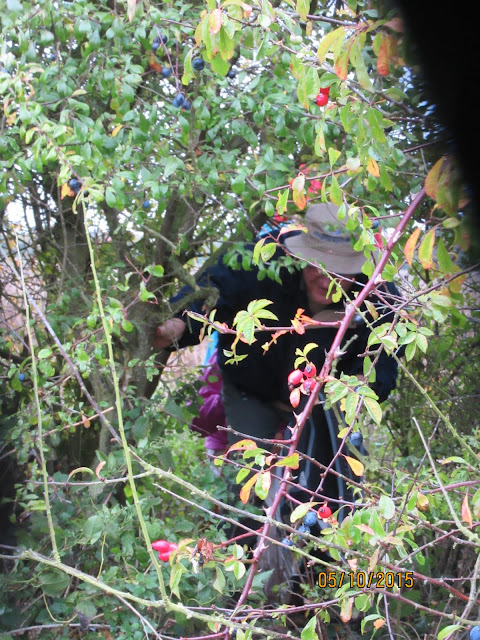 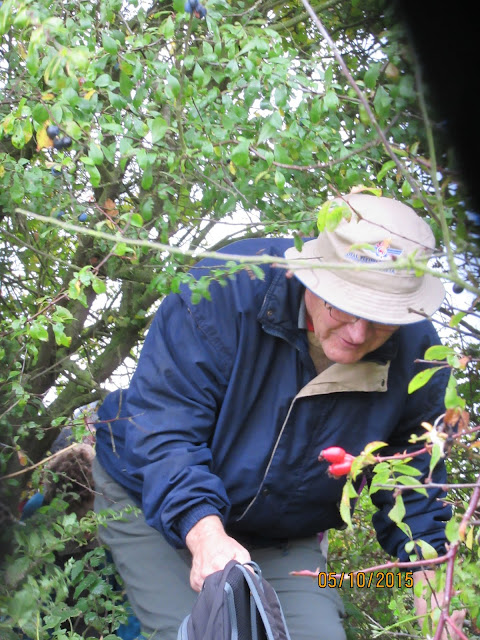 The alternative was to retrace our steps, and I am loth to do that!
We made our way past some slightly skittish horses and took a break in Grafton Underwood, once more attended by ducks and the little cat from six weeks ago
Rather than face yet more mud we walked back to Cranford along the roads - which are fairly quiet.
The Old Forge does a good soup and substantial sandwiches which were very welcome. A short walk, but enough considering weather and conditions in some of the fields.

Map and details
Posted by aliqot at 4:17 PM

I was running across a ploughed field yesterday, it seemed to totally deaden my legs for the rest of the run. Really really awkward.

Yes, Simon, the ploughed fields at this time of year are a pain! I shall have to find different terrain, especially if we have wet weather.

Intrepid travellers! You can't keep a good gal down - even with mud on her feet!

Not my favourite terrain!