I was looking for a walk nearby that would cover some new ground.  Warkton and Grafton Underwood fit the bill.  Why haven't we walked there? The walk is on the edge of the Explorer Map, and needs some folding and unfolding. So I packed the Landranger map as well.

We set off from a side street in Warkton, taking a path directly opposite the road, heading east between two houses, then over a stile and along a path between hedges. Another stile took us into a field with an avenue of lime trees. The sheep were having a lie-in, and moved reluctantly as we made our way through.
It was tempting to follow the line of trees, but a map-check showed that we cross them to the left diagonally. We found our route waymarked, over a stile and alongside a field, then across a private estate road. Cows in the next field came to see us through the gate at the end.
The next section involved keeping the same direction across a couple of ploughed fields with no clear path yet, and then by the left hand side of a small wooded area and another couple of ploughed fields. It's that time of year, and luckily the ground was dry.
Some of the signage leaves a bit to be desired.

We continued along paths which led into Grafton Underwood, through a field with horses, and one sheep which saw us and ran towards us - we thought it was a pet until it headbutted its way through the broken dog gate at the stile and went to join its fellows in a paddock close to the houses. 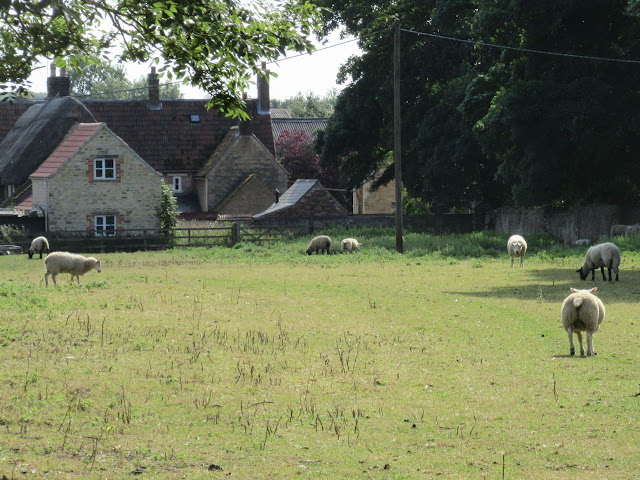 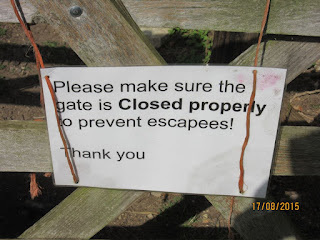 Grafton Underwood is an attractive village, with the stream running beside the road, and, early as it was, the bench by the bridge was not to be resisted. 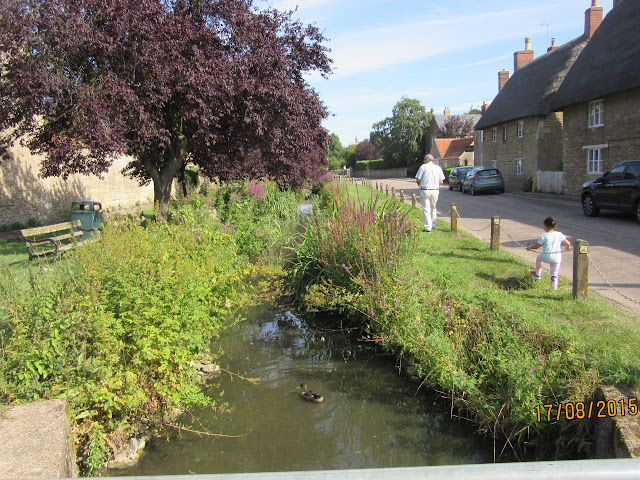 Ducks and a cat watched us without pestering. 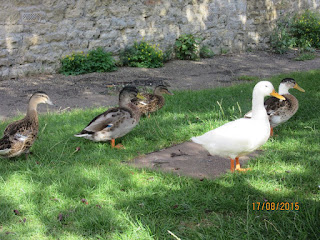 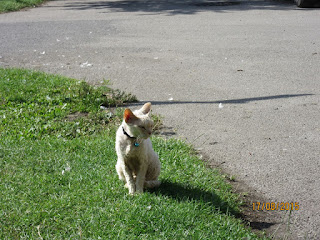 It was agreeable walking through the village, next to the brook. 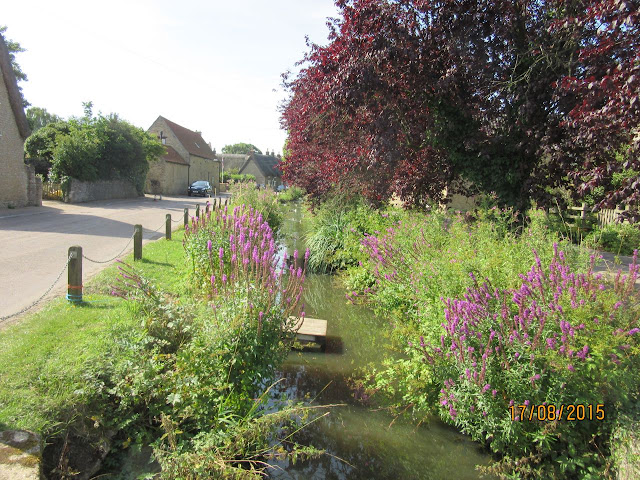 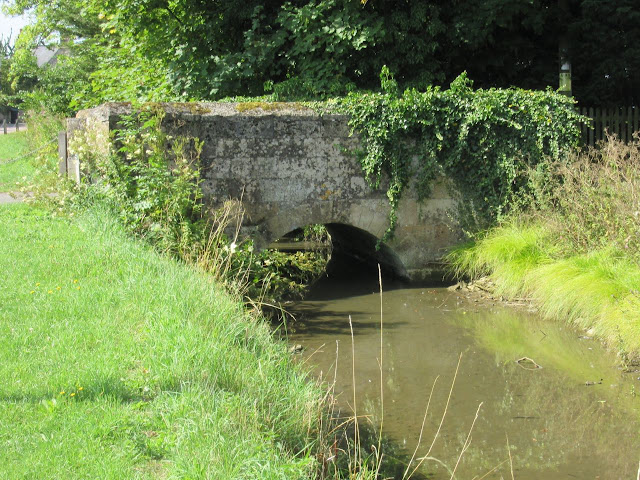 The next section involved a bit of road walking, south to the crossroads, then left as far as the first footpath sign on the right. The path runs more or less south along field edges, then swings right (west) to meet the road. A little tricky to be sure you're on the right track here, but we were close to the pathline.
We turned left for another section on the road into Grafton Underwood, where we were ambushed by the Old Forge café.
Opposite the café is a road called Top Dysons. This is our route and leads to a bridleway, good and clear. We turned right to head north just before Grange Farm, but there are several footpaths and bridleways around here. 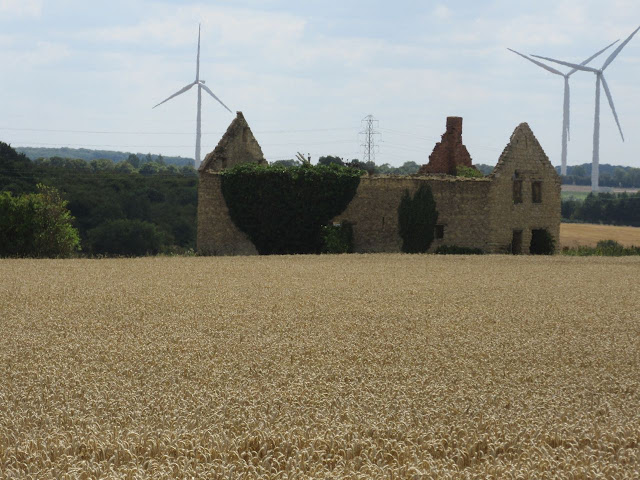 We continued slightly east of north as far as the road between Grafton and Warkton. After a mile of dodging the cars - just a few too many to make it pleasant, we arrived at the estate road, and rejoined the path we started on, crossing the lime tree avenue once more. This was a much pleasanter way back into Warkton.

Garmin machine says 10.2 miles, but when I synched it with the computer programme the distance given is 9.7.

Map and details
Posted by aliqot at 10:11 AM

Grafton Underwood is a name new to me and it looks very pretty there. How nice the cat and ducks shared their space with you.

As for the overgrown footpaths, I could somehow see you armed with a machete clearing a path through a jungle!

On this occasion it wasn't so much the vegetaion, as the signs that caused any problems. But yes, I sometimes think I should carry a machete!