I thought I'd try to walk part of the circular walk which we did in November 2013, but this time in reverse.

Mostly ok, apart from one closed footpath, and a wander off the track near Lyndhurst Hill - which is full of trees and many paths! Between six and seven miles in all. Fine weather, mostly dry underfoot - even the boggy bits were passable. 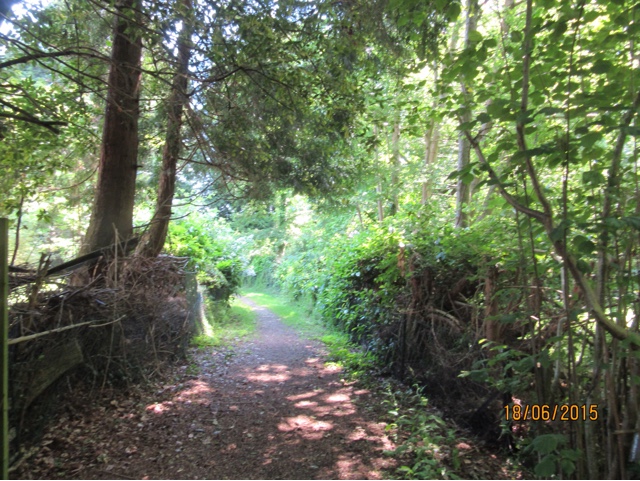 The pathway near the Waterloo Arms 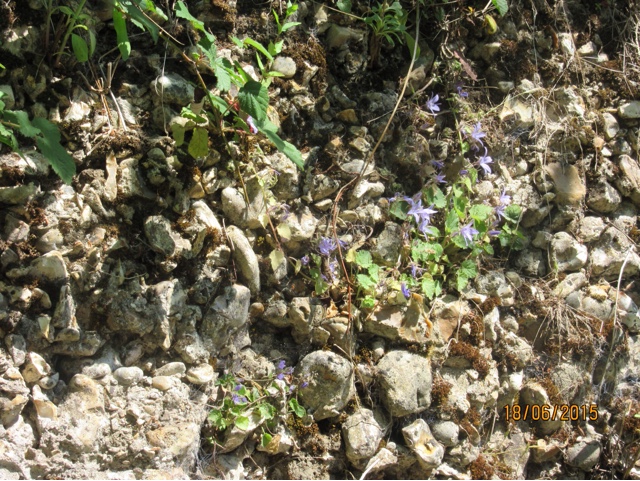 plants in a wall 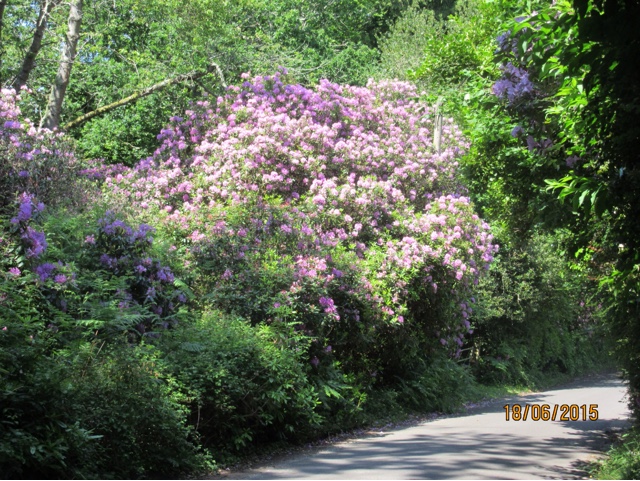 The beauty of alien invaders 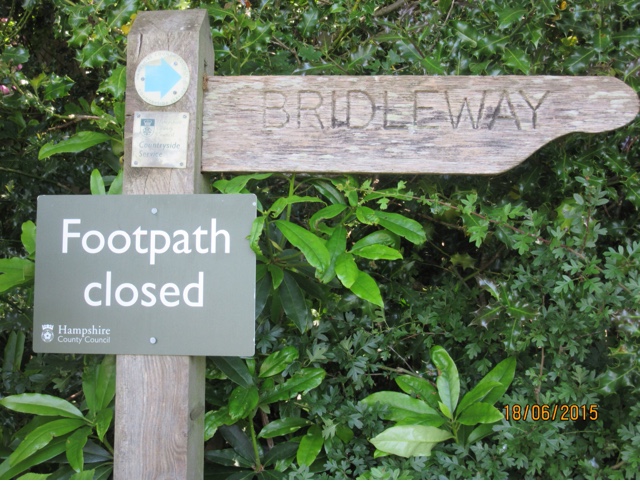 The path between Pikes Hill and Emery Down 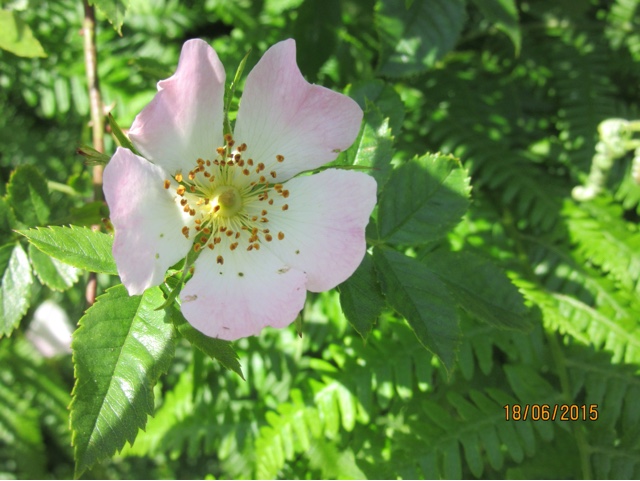 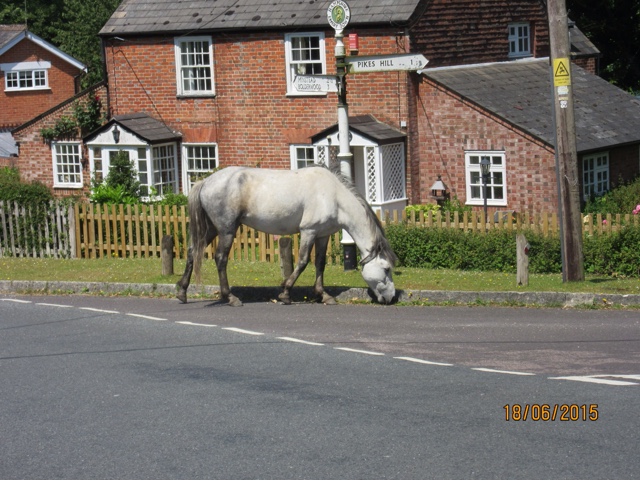 Lots of ponies around Emery Down 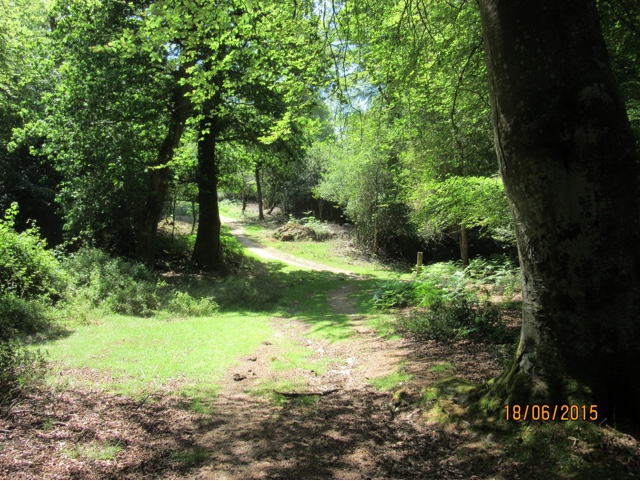 The path near Lyndhurst Hill 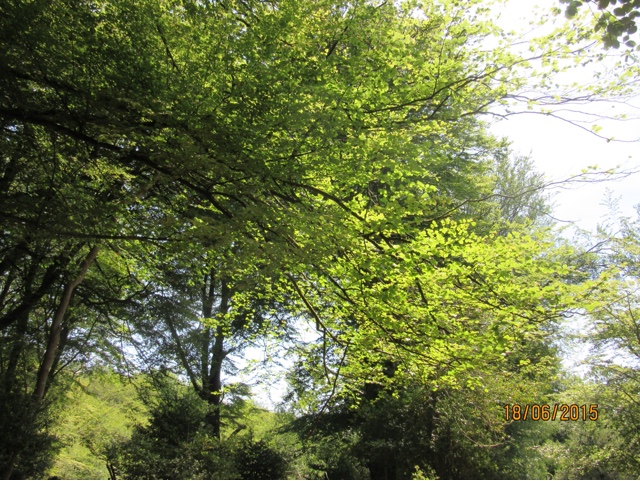 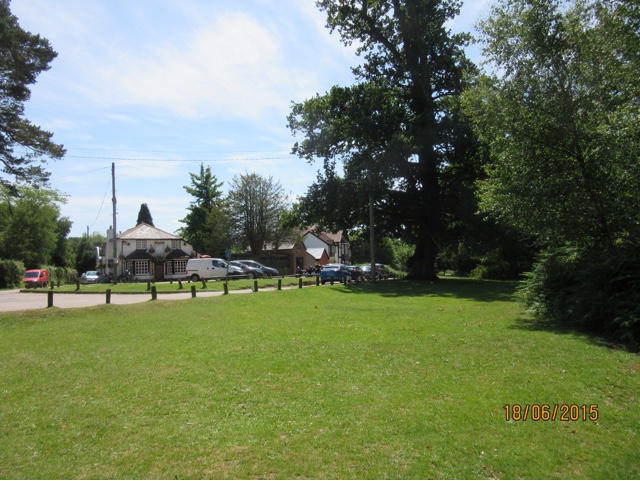 The Oak Inn at Bank 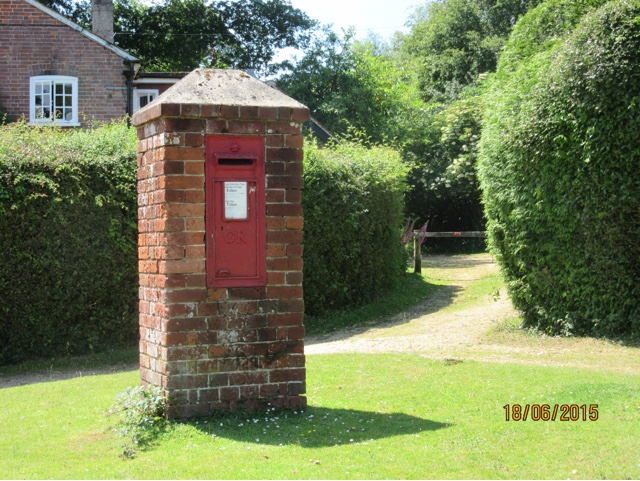 That's avery pretty trip out, I'd say! Wondering if that is anotether fly grazed horse in your part of the world too, we have so many here. The last three days were gloriously warm.

The flies can be an irritant for the horses. Weather has been wonderful down here too. So many interesting walks to do as well.

Beautiful - and your photos are stunning.