With Marta. Along Welland then road, return via bridleway and minor roads. Sunny and quite warm! Alas, no pub in Cowbit. More like 10.5 miles, I think, according to the map and my internal mile counter. 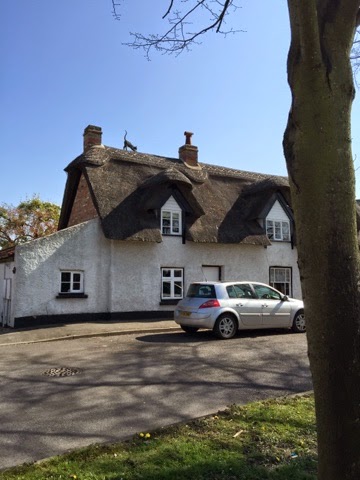 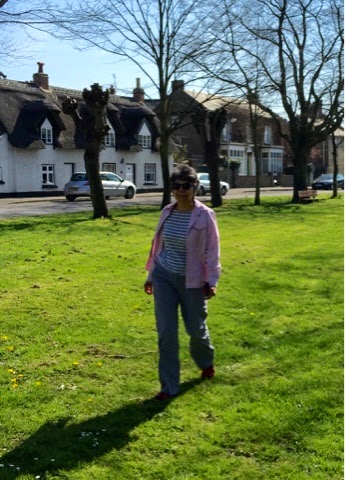 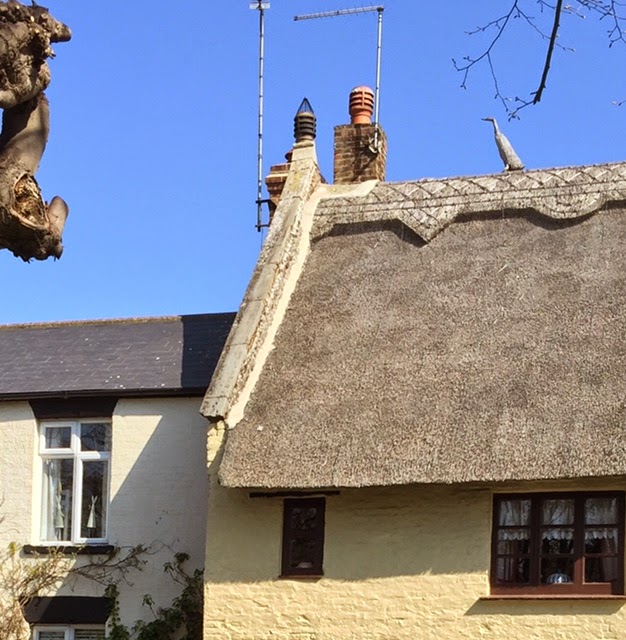 a large bird - possibly a cormorant

and then not quite an animal but a cup and saucer on the roof of the Old Copper Kettle tea shop.  This tempted us to start the day with a coffee and toasted teacake in comfort. 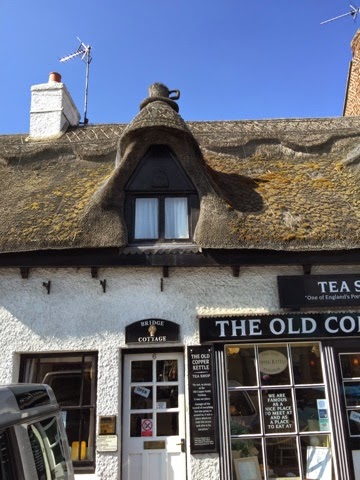 We took the car just out of the town so that we could start our walk along the Brown Fen Waterway trail along the right bank of the Welland. 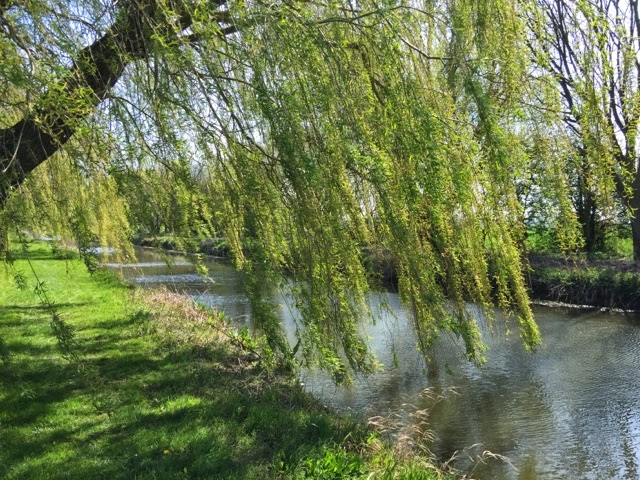 Just before we joined the path was this notice giving information about the enormous floods caused when the snow melted after the severe winter of 1947. 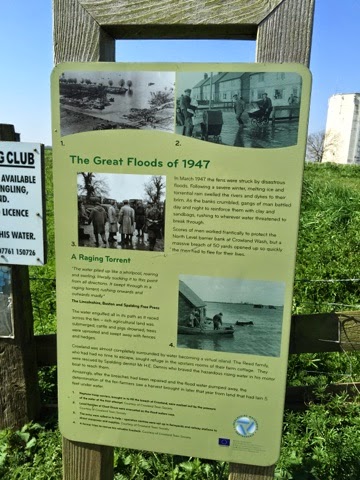 Walking occupied most of my attention, as the path was quite uneven underfoot, and the wind was against us. A couple of miles of this proved quite demanding, though we saw great crested grebes, mallards, swans, not to mention a couple of deer which had trapped themselves on the wrong side of the fence near the river. One leapt over, and we can only hope the other joined it.  Just as we left the river bank we saw swallows flying around a small sluice gate. We followed a path to the right, crossed a drain via a footbridge and reached a small quiet road halfway between Cloot House Farm and Brotherhouse (Toll) Bar.
At the junction with a busier road is St Guthlac's Cross, an old boundary marker for the estate of Crowland Abbey. We couldn't decipher the inscription, but according to Wikipedia it said "Hanc Petra Guthlac" - This is Guthlac's stone.  It dates from around 1200.  the plinth is modern, as the stone has been moved from its original position. 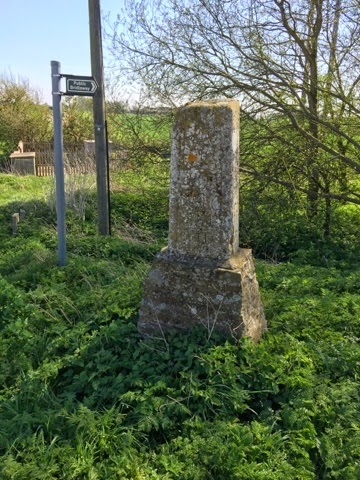 We took the road to the right, scorning the bridleways marked on the map, thinking they could be tricky walking. The road wasn't too bad - just a tad too busy to be pleasant.
It took us to a few houses with the  unlikely name of Peak Hill, before finally reaching Cowbit  - pronounced Cubbit, according to the village website.

Unfortunately for us the village pub was demolished some time ago, so we feasted on cereal bars and our flasks of coffee. It felt like the back of beyond, but is only four miles from Spalding, and is on the bus route from Spalding to Peterborough, via Crowland. Were we tempted? Not seriously, since the weather was so fine, and now we knew we were shortening the distance left with every step.
For the return leg we took the bridleway parallel to the road, over Cowbit Wash, as far as Brotherhouse Bar, then we walked along the quiet road, with a few school run cars at this time. We caught sight of a small muntjac peering out from a field of rape.  The road turned left at a right angle at Cloot House, carried on past Little Lodge Farm, twisting to the right then the left and eventually brought us into Crowland, not far from the Abbey.

A walk which seemed longer than it was took us through the town and out along the Gravel Causeway to the car. Further than we've walked for a while - probably a whisker over ten miles.

Map and details
Posted by aliqot at 6:05 PM

Great record in words and pictures of your walk, Alison. Lovely to see the thatches!

I've been intrigued by the figures on thatched roofs for ages. From witches to cats to birds to teacups!

There is another marker SW of Crowland Kennulth's Stone Alison.

We saw that one on our last walk near Crowland - we started when there was snow on the ground!