Thu, 2014 May 8 9:19am BST
With Gordon on a rather soggy morning, in spite of garmin's weather report! This device says 7 miles, the other 6.5! An easy walk, ending with coffee and scone in the café.

Part of this walk was yesterday's in reverse, but it's much shorter, and sticks fairly well to the route from 'Rutland and Market Harborough Living', apart from start and finish, and missing out most of Stamford.

We left Burghley House Car Park and followed the drive down to the road. To our right on the same side of the road is the new footpath, built recently with the help of Community Payback, who were weeding sections as we walked along. The path takes us almost into Pilsgate. If you cross the road when the path ends there's a footway alongside the road. 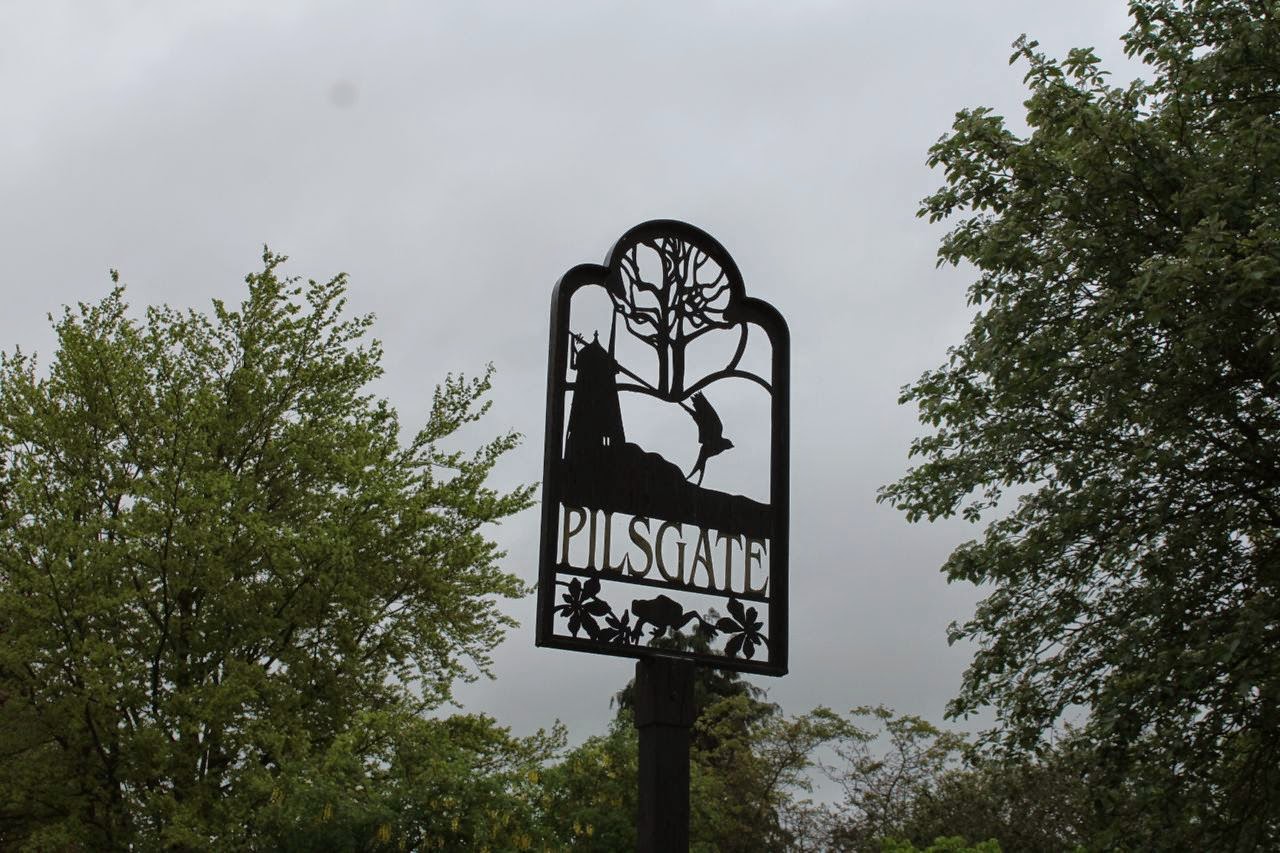 We didn't go into the village, but walked along the road until we came to a right turn signposted to Wittering. This goes past Barnack Windmill, which is on the left

We walked along the road, and at the junction we turned right along a footpath, through a crop, then along the edge of a field.
Then we crossed the woodland strip, and another huge field, and an area where trees have been felled. The path is clearly marked and so are places you're not allowed.
We walked along the edge of a field, past an avenue of trees, following the markers all the way.  Before long we reached the golf course, and took advantage of a convenient, if slightly damp, seat for a coffee break. Surprisingly there were several golfers braving the elements.
I put the camera away in my rucksack at this point.  We walked through the golf course as far as the Old Great North Road, and continued to the Wothorpe turn at First Drift.

A short way along we turned right and over a stile along the public footpath which leads downhill, then turns right and finally comes out on the Kettering Road. We turned left and went to the junction with London Road, turned right and took the first street on the left, Burghley Lane. The camera came out for the sign on the wall.
This leads to a gate and a public footpath into Burghley Park. 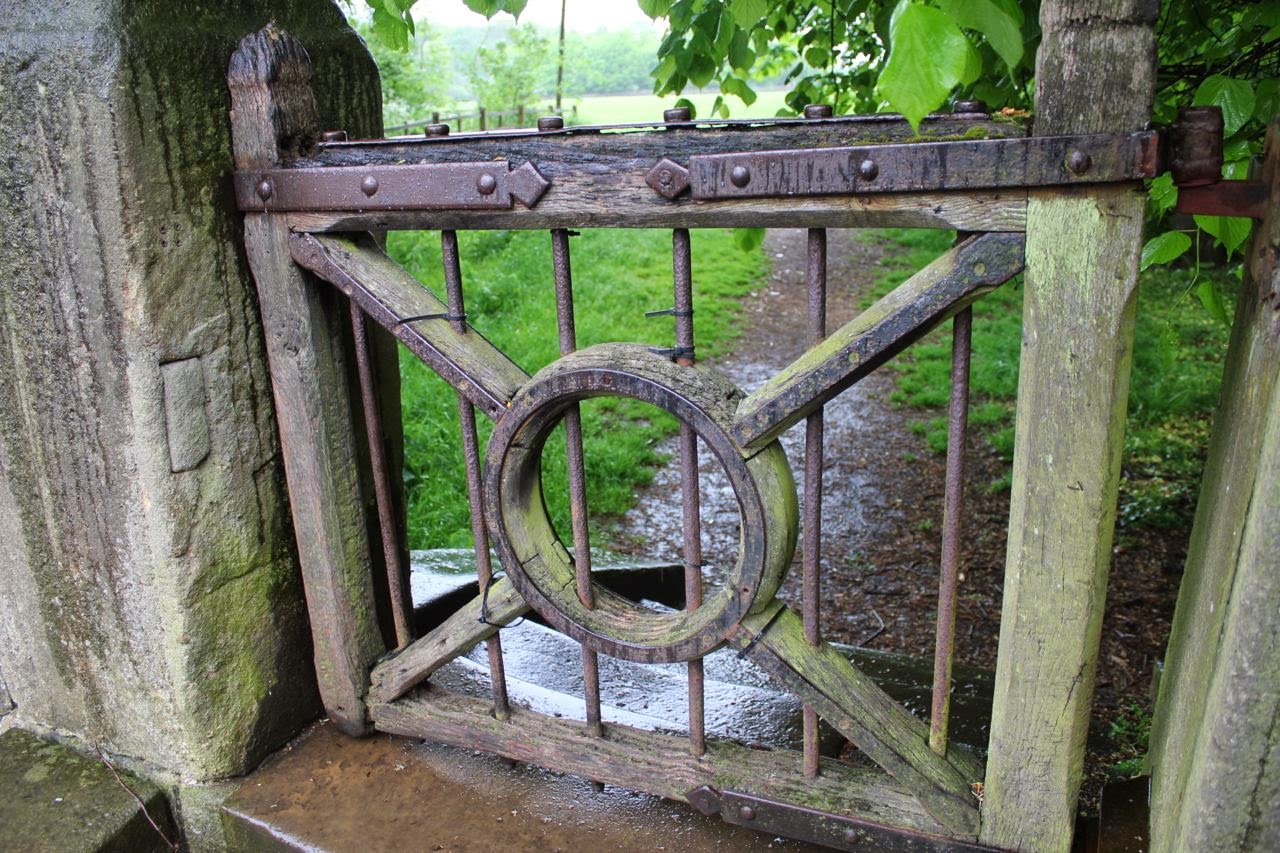 We followed the path until it joined one of the tarmac driveways, past preparations for this weekend's Rat Race event. 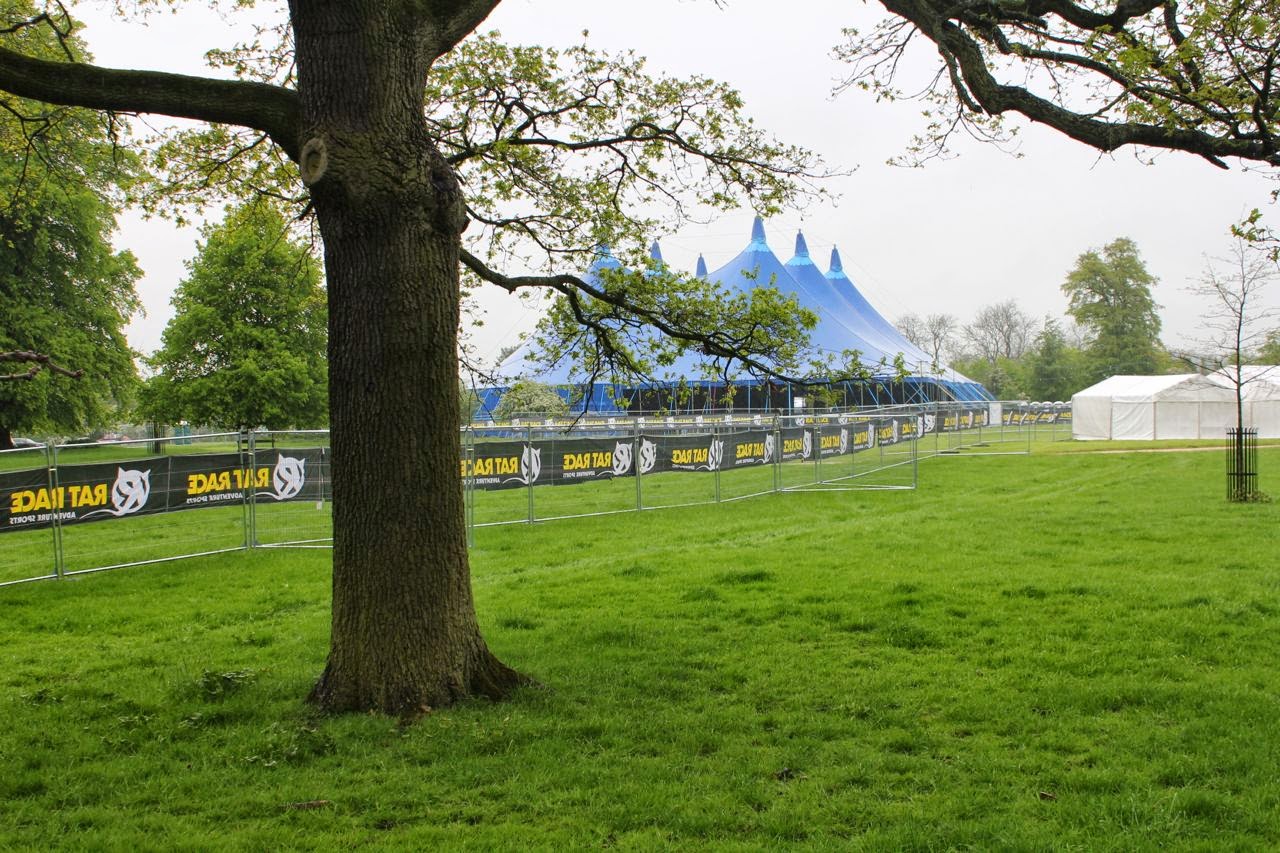 At last Burghley House itself came into view - it was well hidden from our angle of approach. 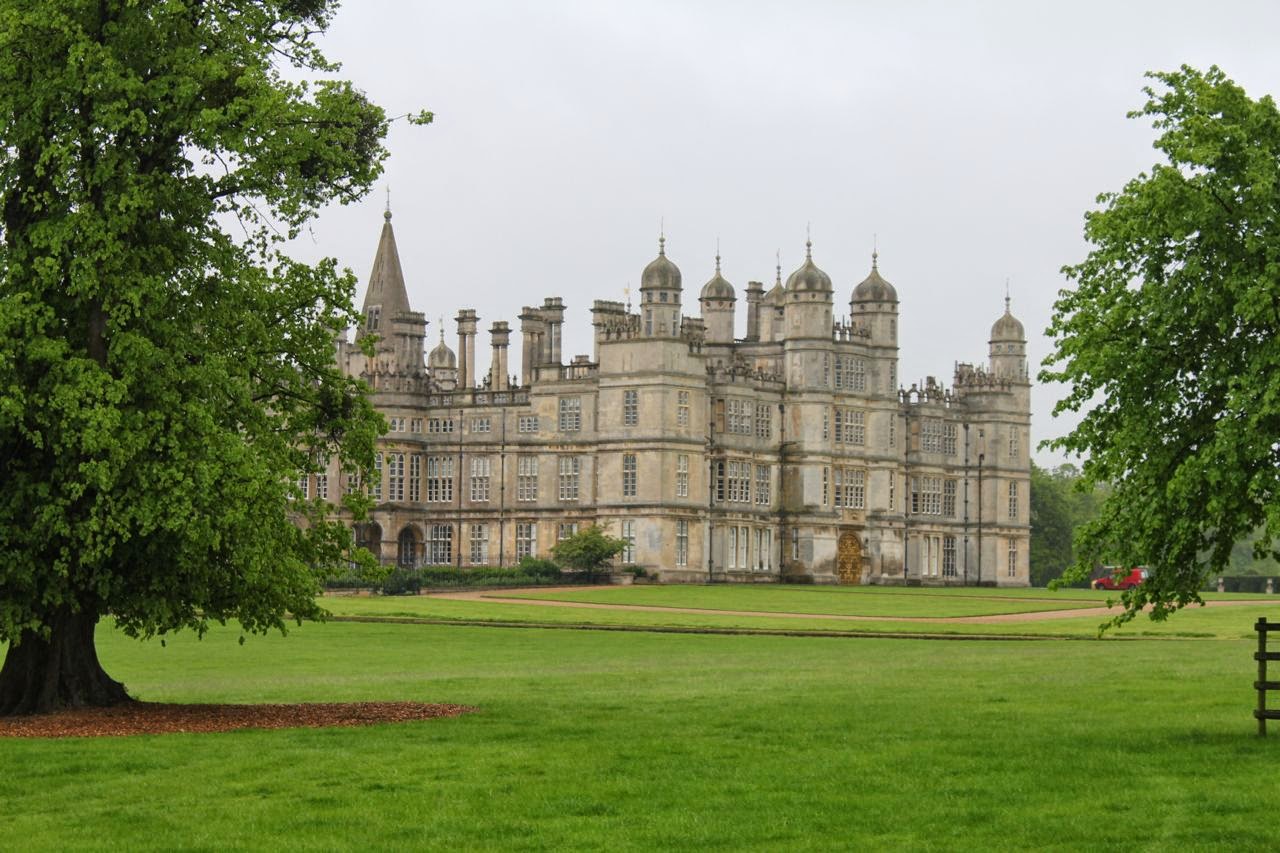 And finally - to the Garden Café for a well-earned cuppa and a chat with the friendly woman who was serving there.
Map and details
Posted by aliqot at 2:24 PM

Your words and lovely photos are both so clear, Alison, you take this reader with you! A breath of welcome fresh air and a chance to see so much of what would otherwise be hidden.

Thank you, Ida. I've discovered so much about the area in the past few years. I'm pleased that you enjoy the blog.