March 31 - The Merrick via Benyellary from Bruce's Stone 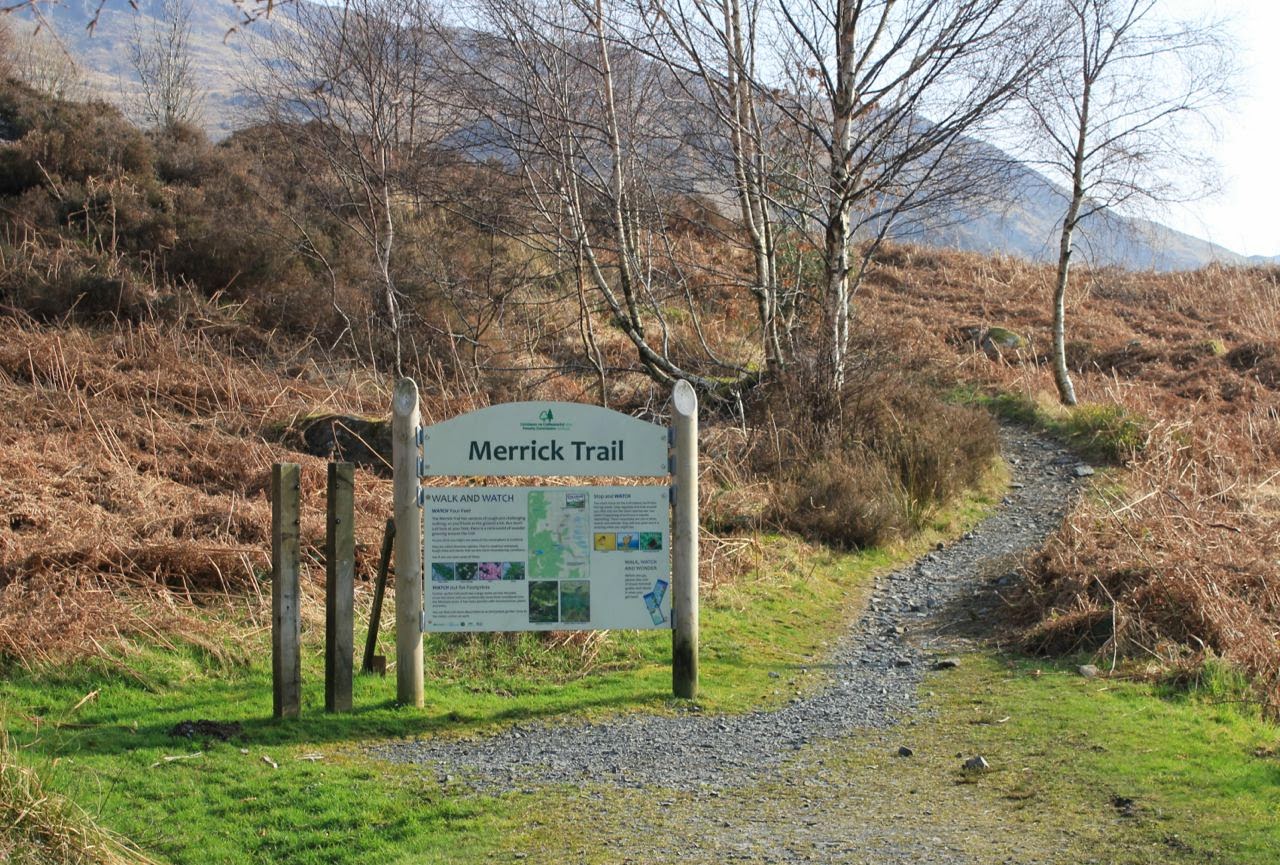 A fine day, and we are off for an earlyish assault on the highest peak in Southern Scotland.  We are following the standard "tourist route", which involves 2,700 feet of climbing, and a walk of eight miles - somewhere between five and six hours, depending on pauses, fitness etc. 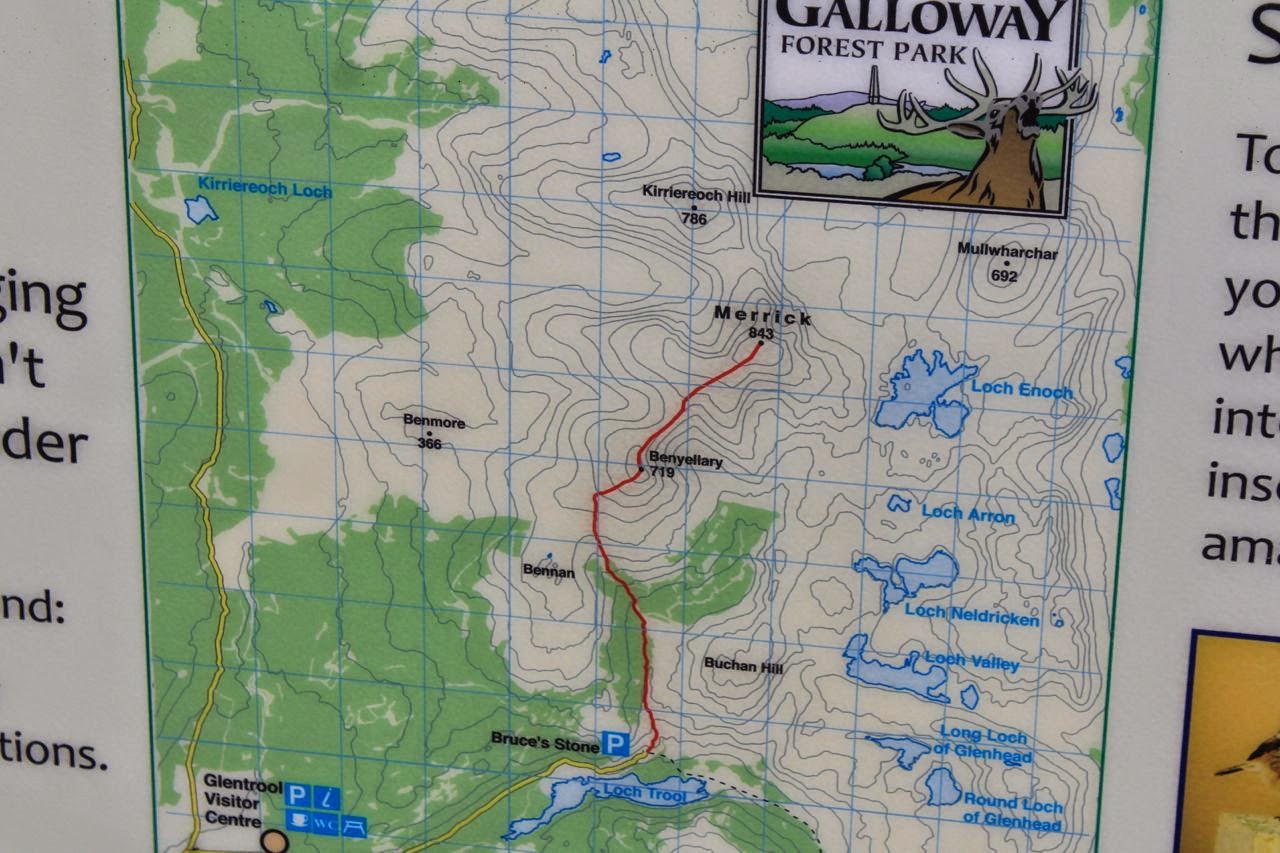 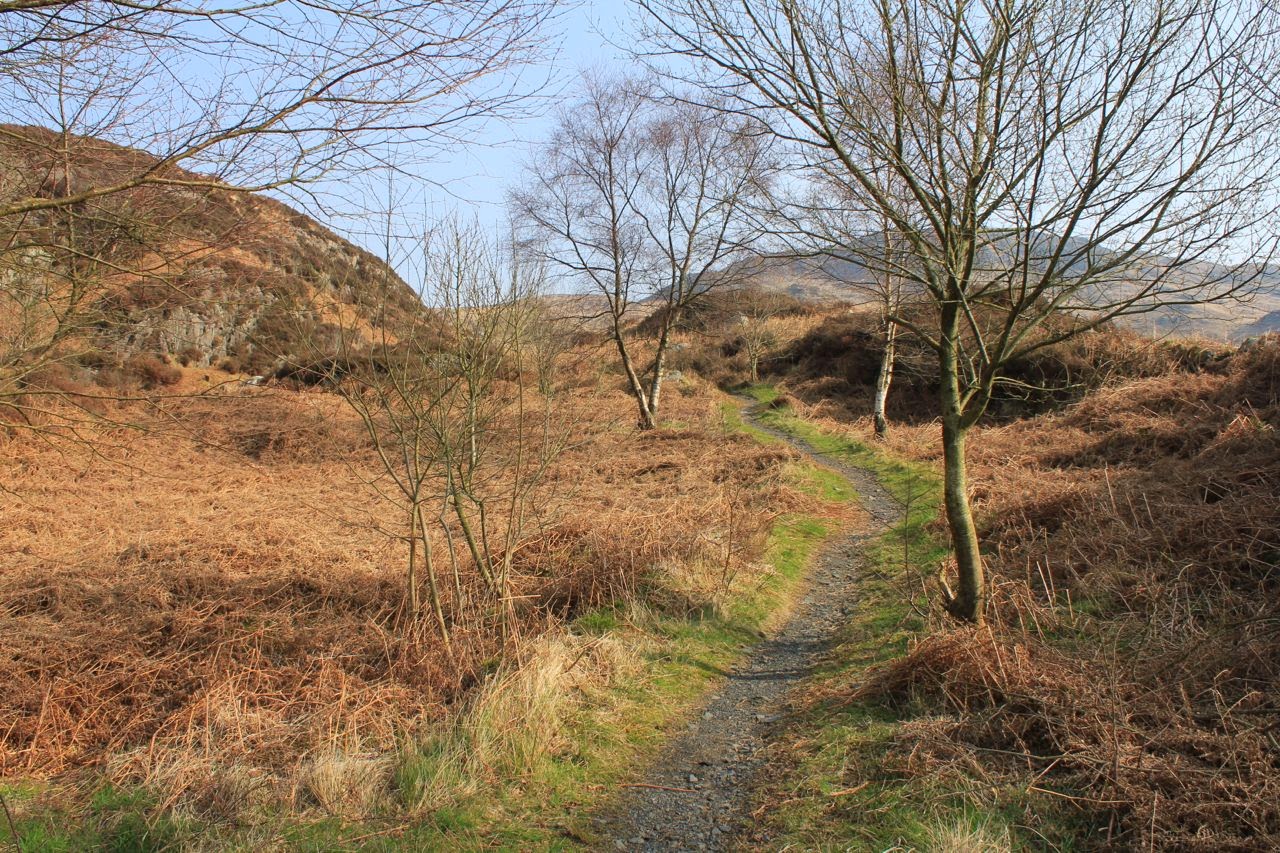 We start from the Bruce's Stone car park at the end of the road in Glen Trool.  The path is clearly marked and follows Buchan Burn with its waterfalls, and great views back over Loch Trool. 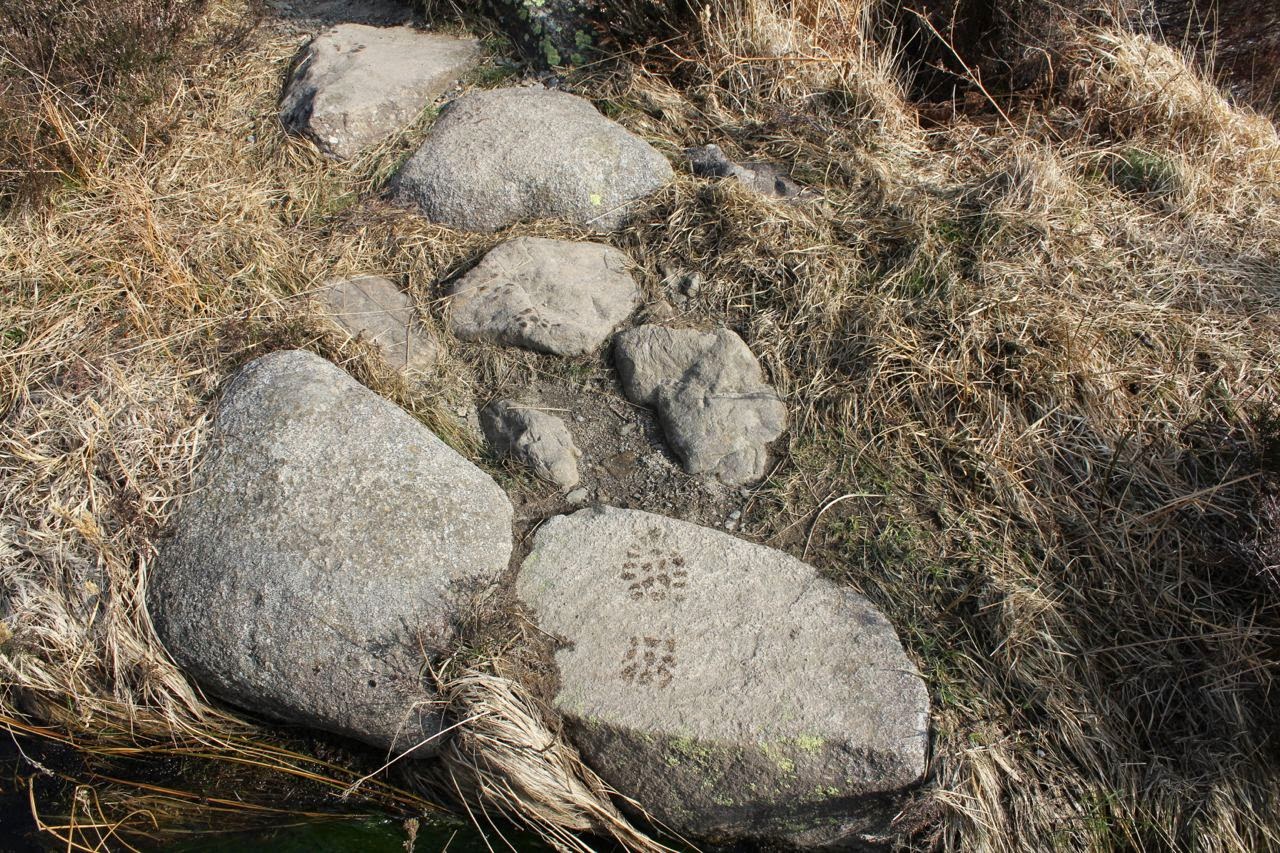 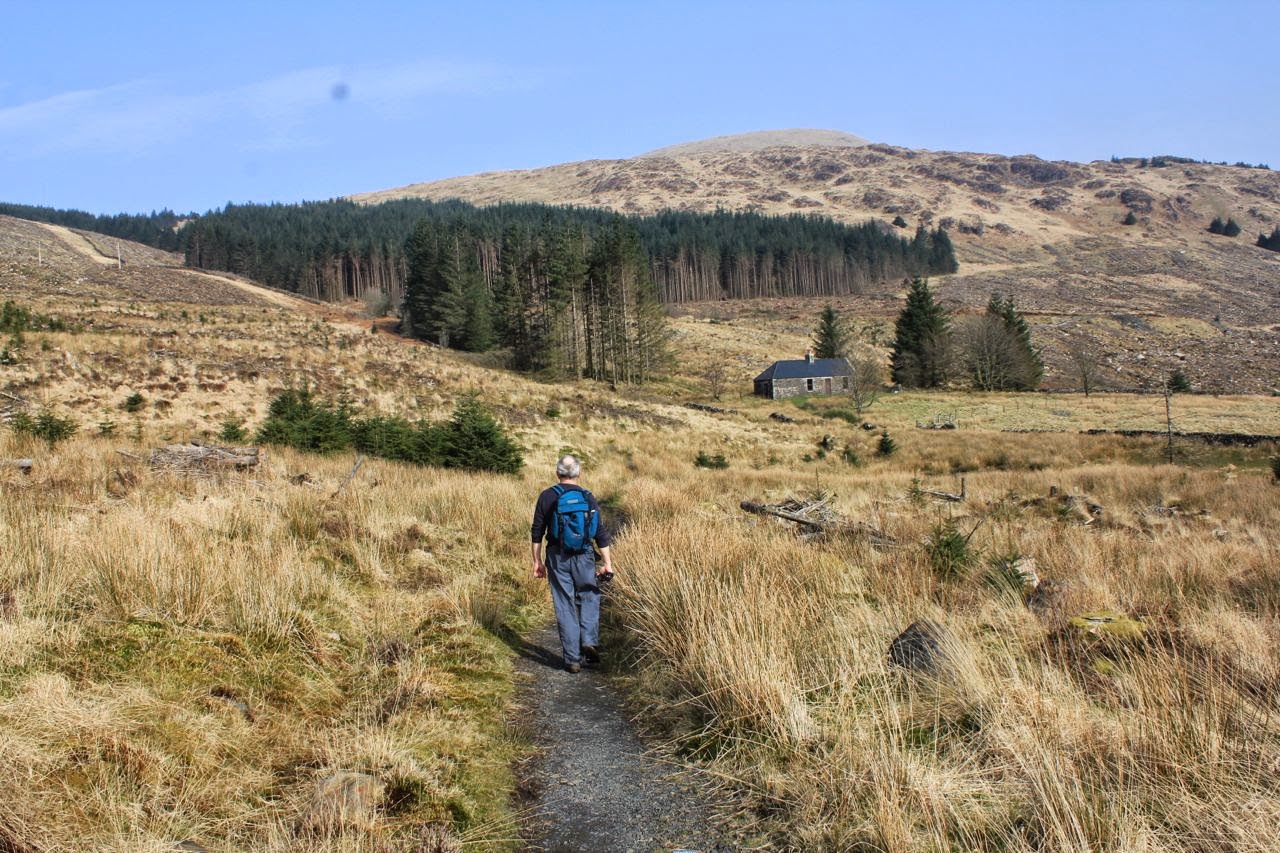 Then it's through the trees and onward to Culsharg, a very basic bothy, disfigured by graffiti on the door. After a brief pause, we continue across the forest track, and upwards, pretty steeply through more conifers. 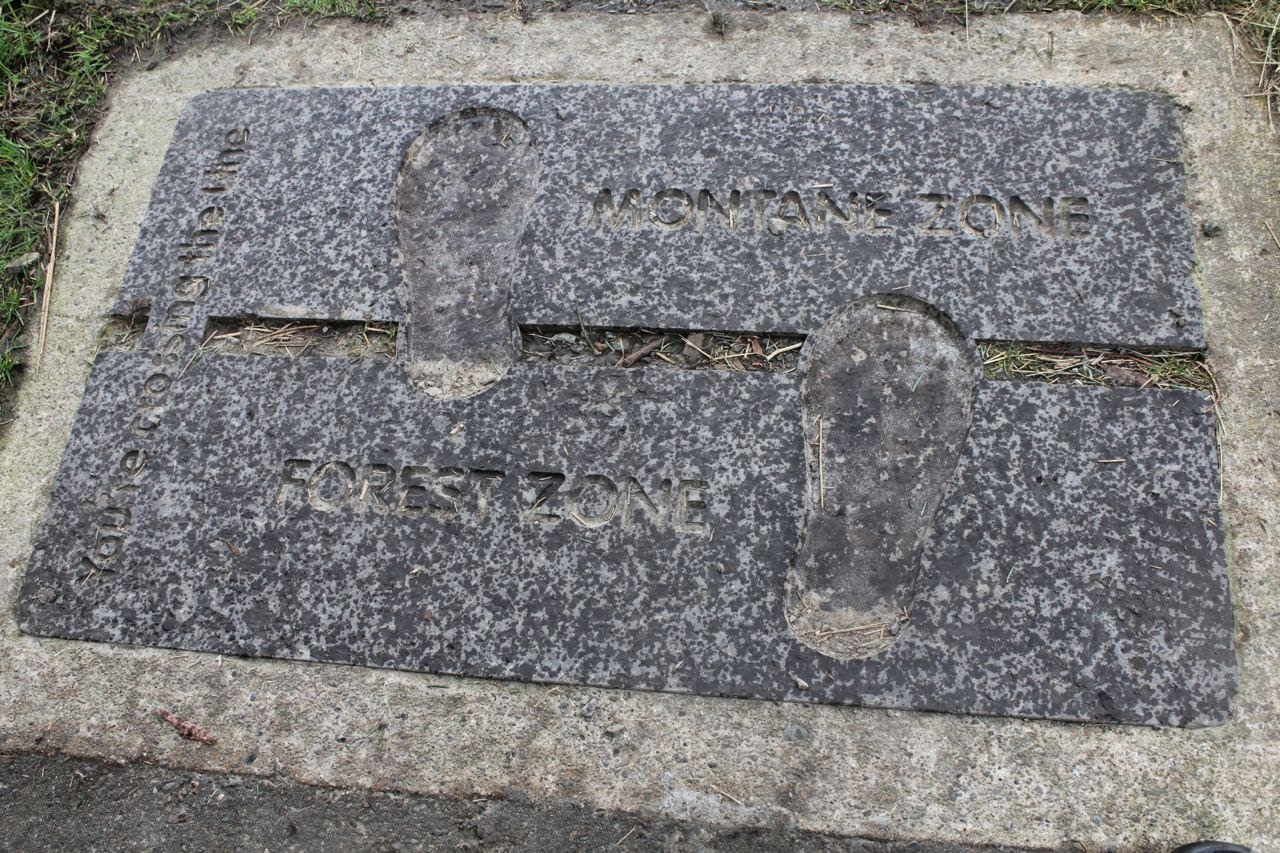 There's a stone marking the boundary of forest and montane zones, and we decide that we've climbed far enough to deserve a coffee. 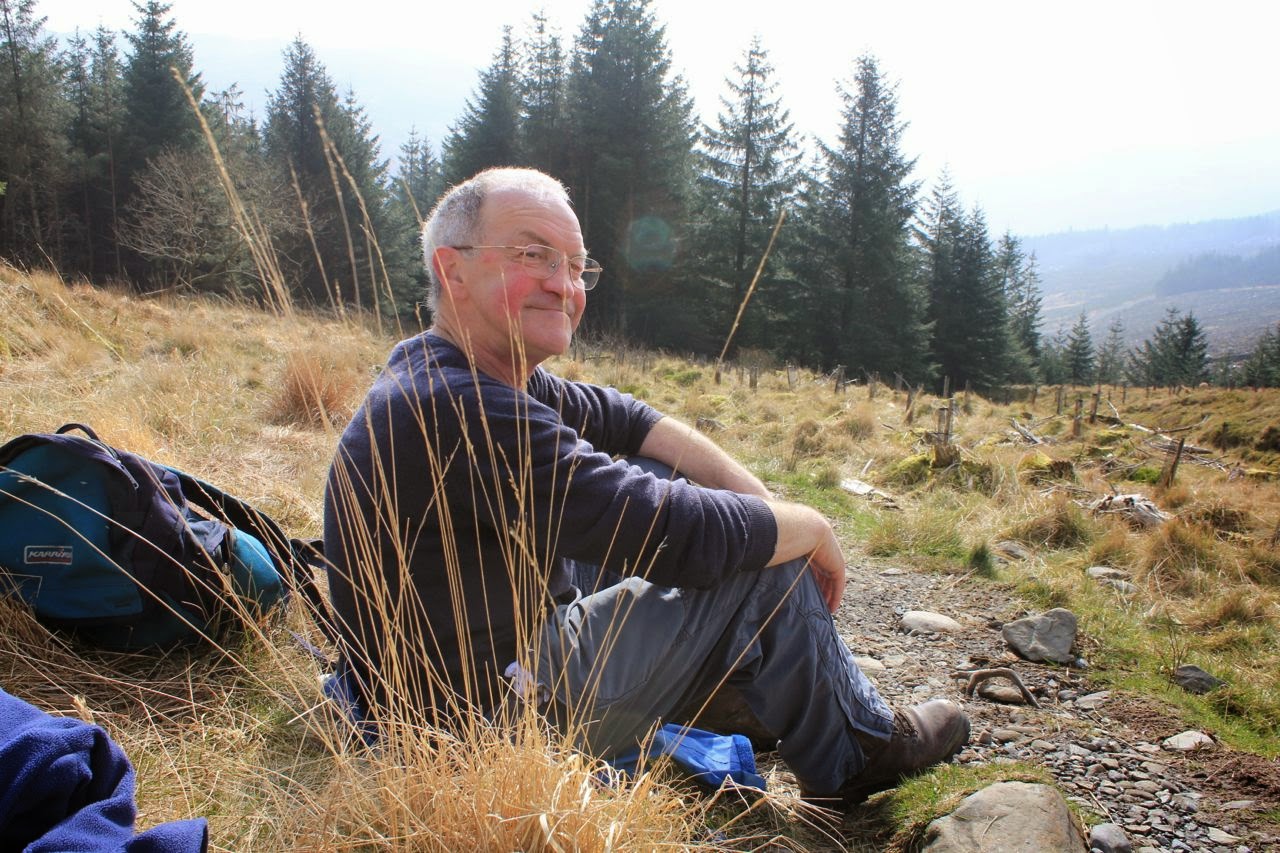 For a fair distance now the path has been surfaced and it's easy to follow as it leads uphill, eventually turning right and up Benyellary, a flattish peak at 719 meters (2358 ft) with views over several small lochs. The wind is noticeably stronger and chiller up here. 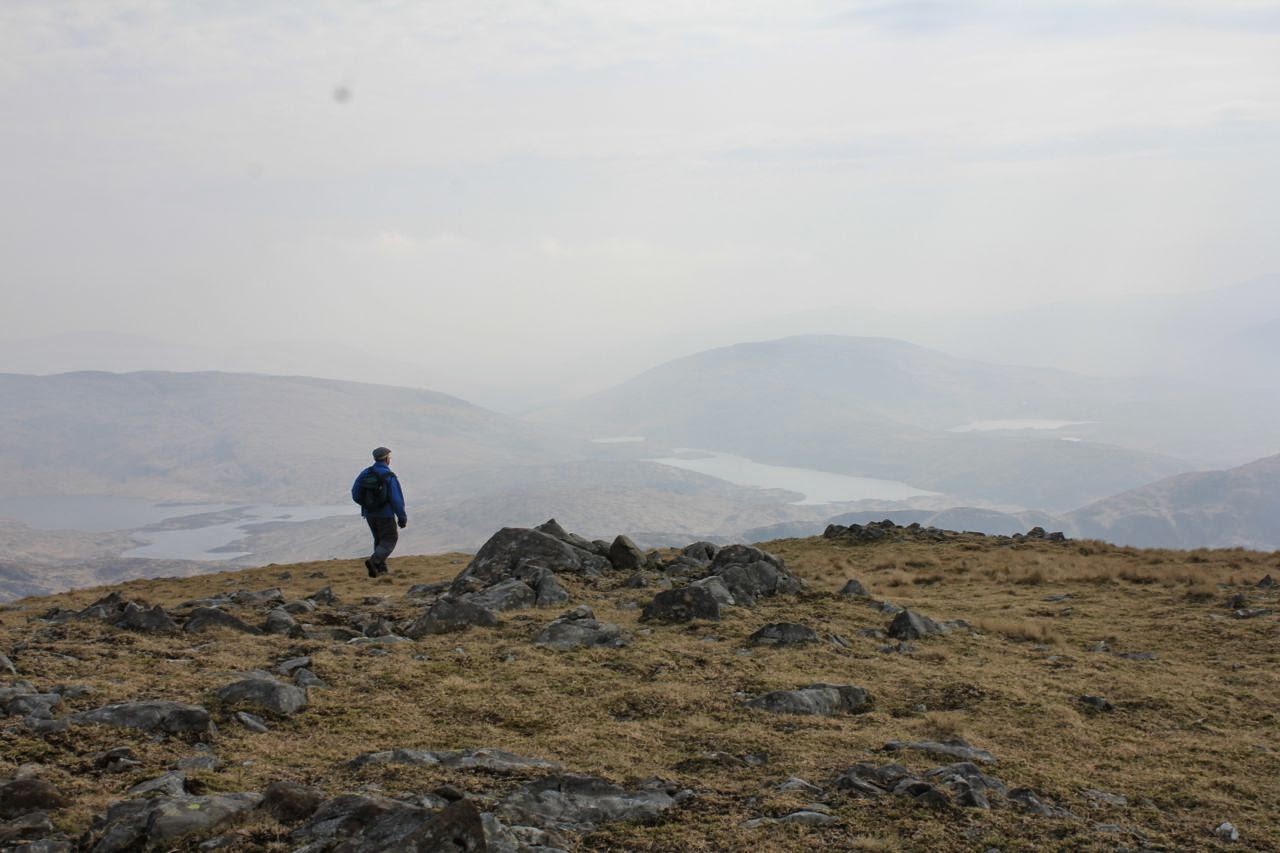 From here we can see the wide ridge, Neive of the Spit, which leads to the summit of Merrick, at 843 m (2765 ft). A pity to lose some height, but it has to be done. Down we go, out of the wind for a while, then it's the final slog to the summit. 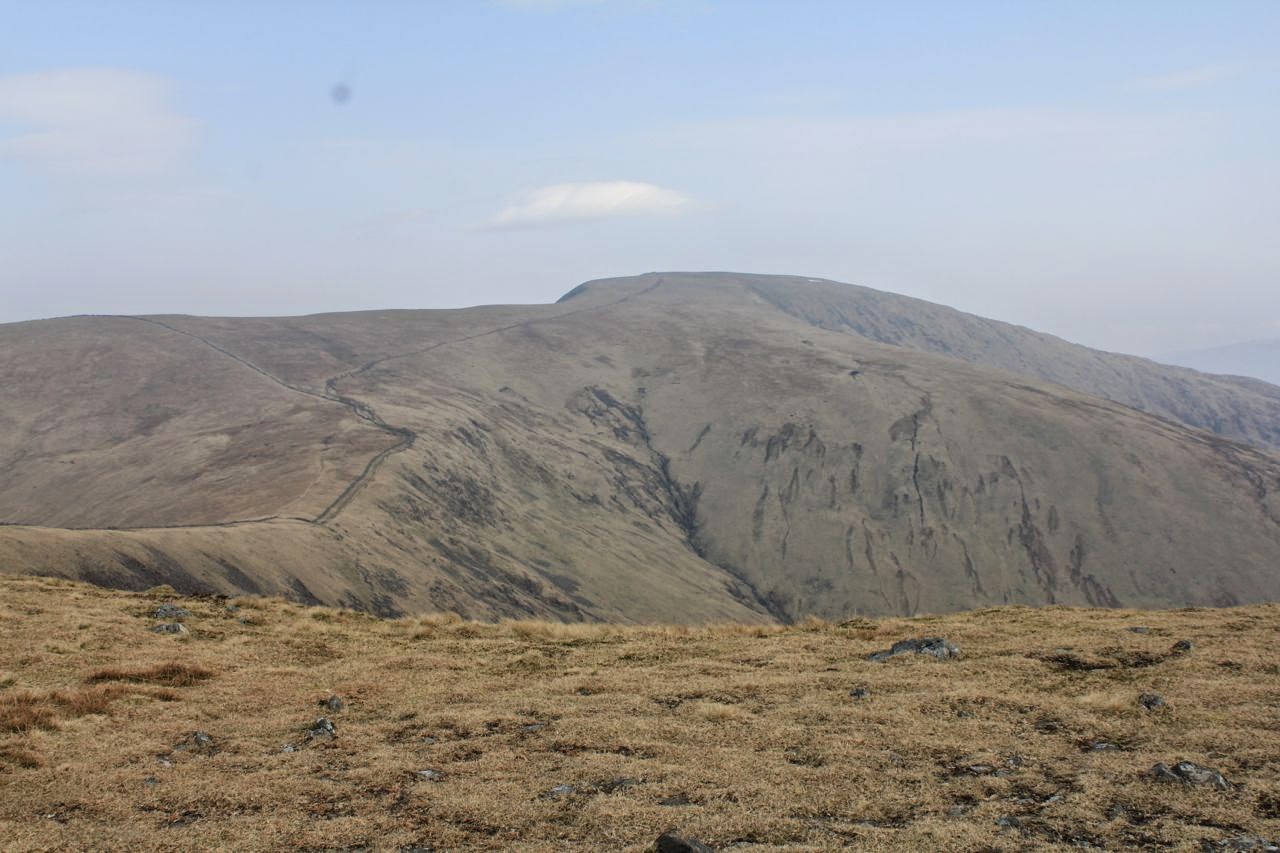 There's just about enough shelter for us to eat our sandwiches in comfort, huddled behind the wall around the trig point. Great satisfaction - it's been a while since we bagged a hill. Too much cloud for huge views, but we can see plenty of the nearer hills and lochs - and there is still snow on the northern side of the Black Gairy ridge. 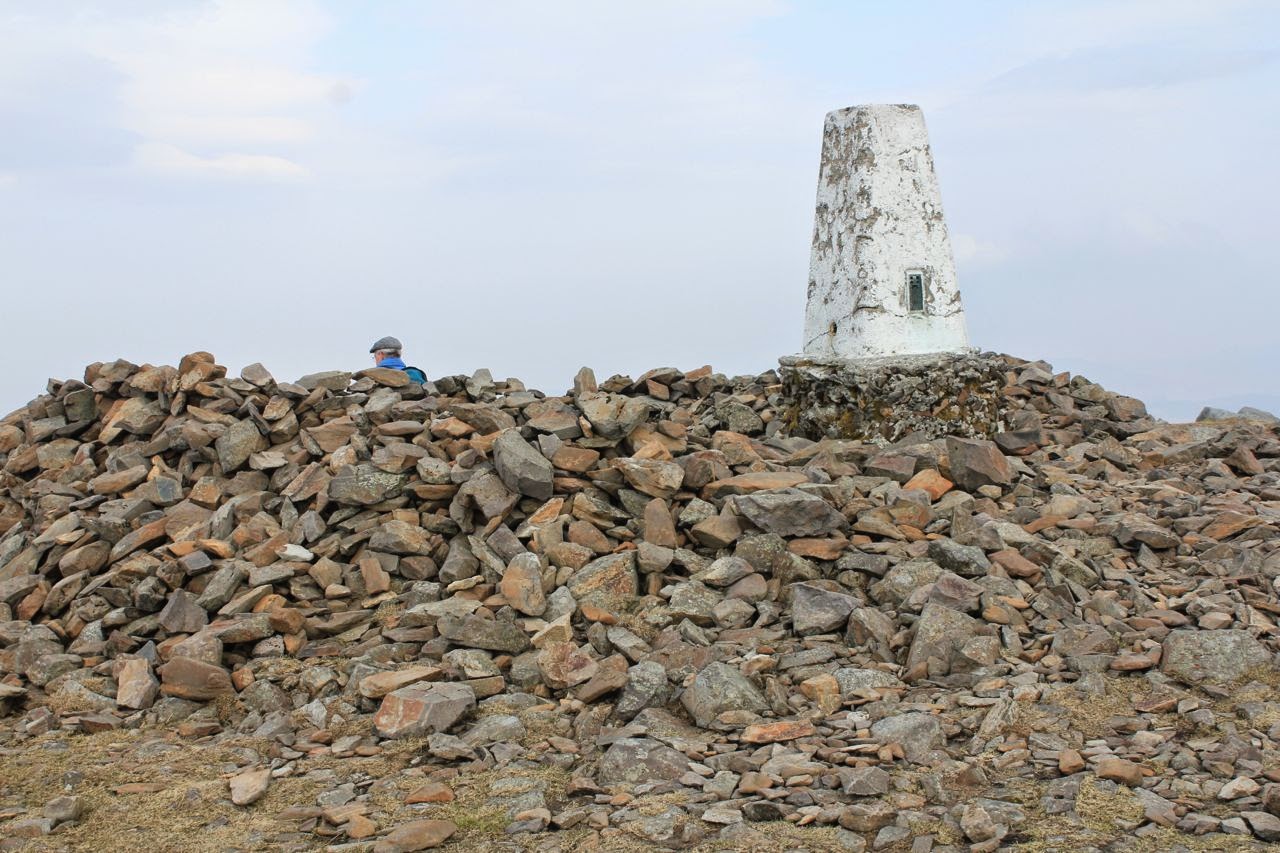 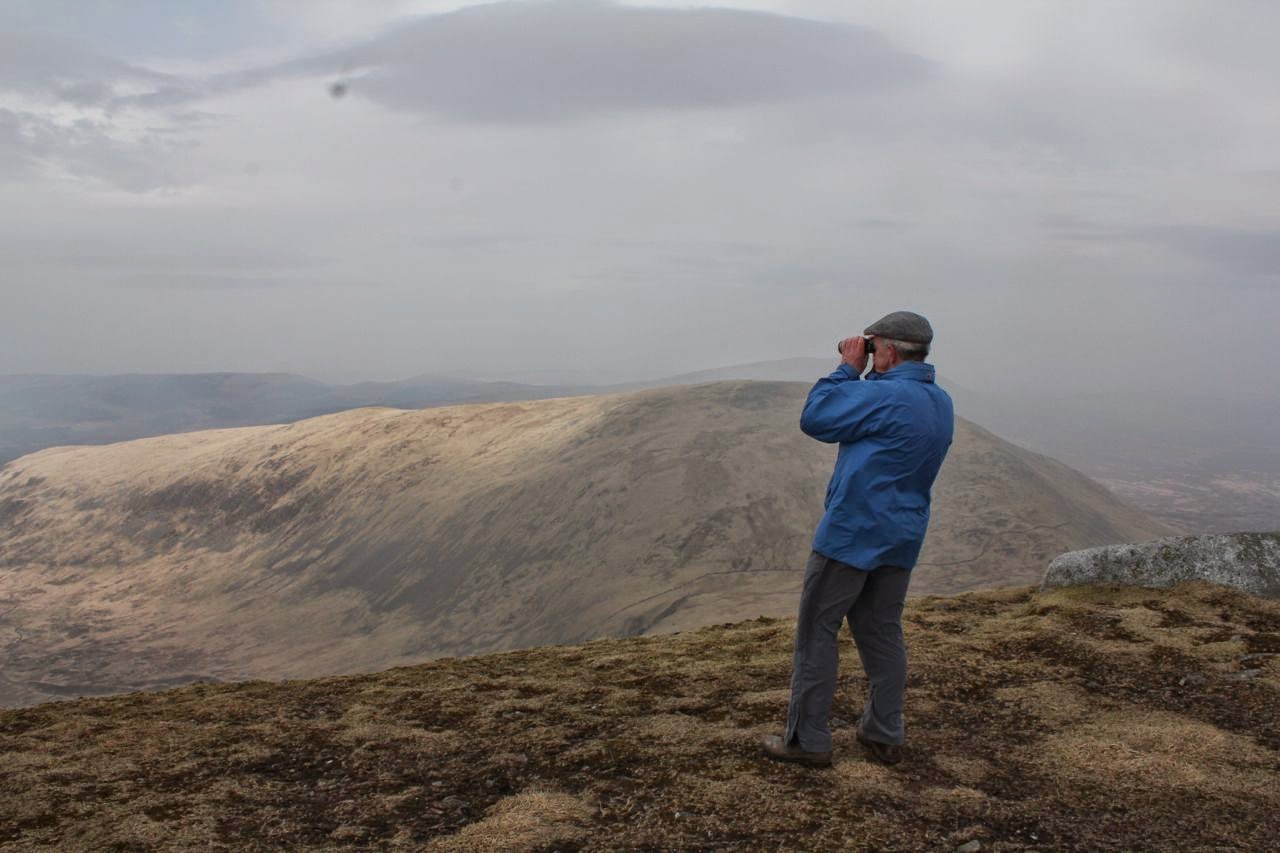 We make sure we're on track, avoiding the tempting west ridge,  heading southwest to retrace our route. From here it's simply a question of following the path - and we have no low cloud or mist to contend with.  The path down through the woods towards Culsharg needs concentration, simply because it's steep and muddy. 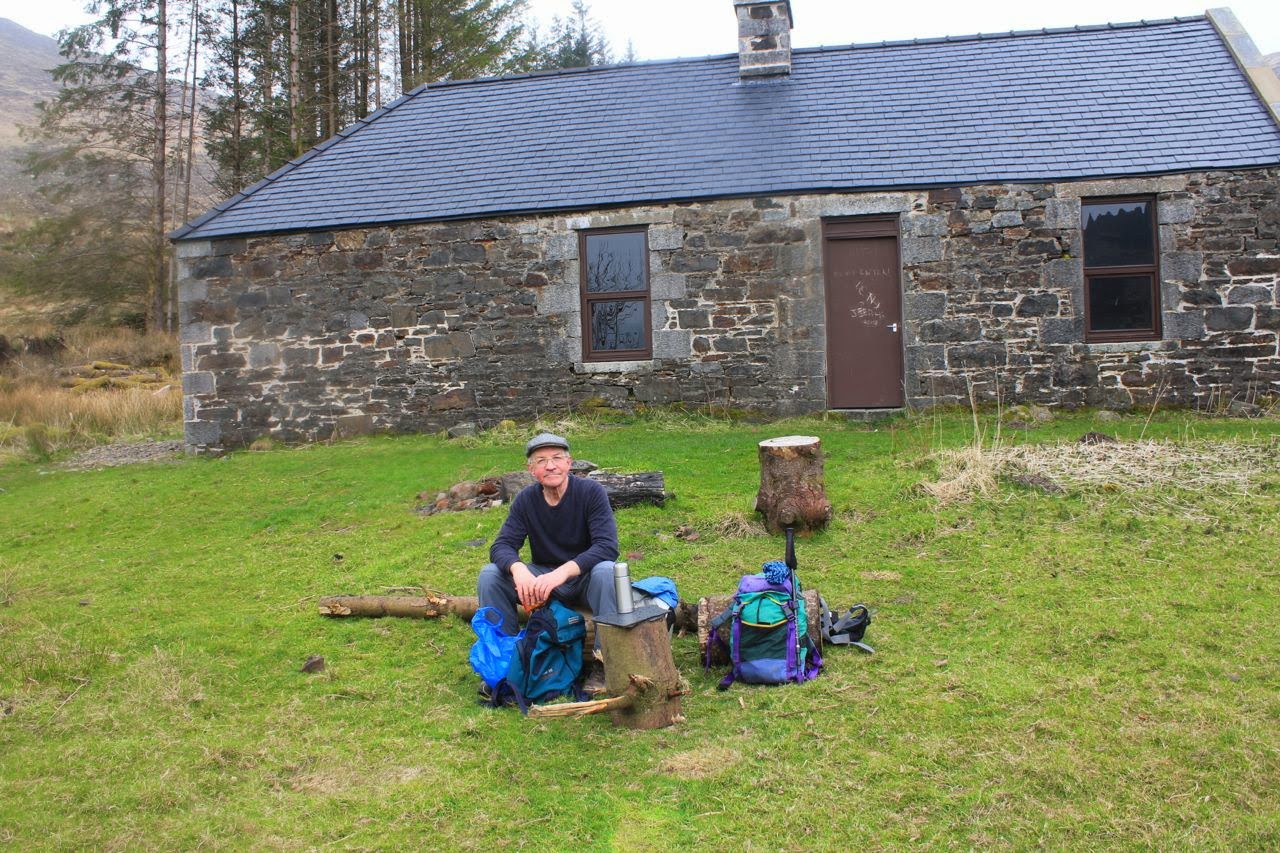 We stop at Culsharg for a second coffee, and the remains of our lunch, then walk back to the starting point.  A pretty strenous walk compared to my usual efforts, but very enjoyable and satisfying.  It's grand to be in the hills. 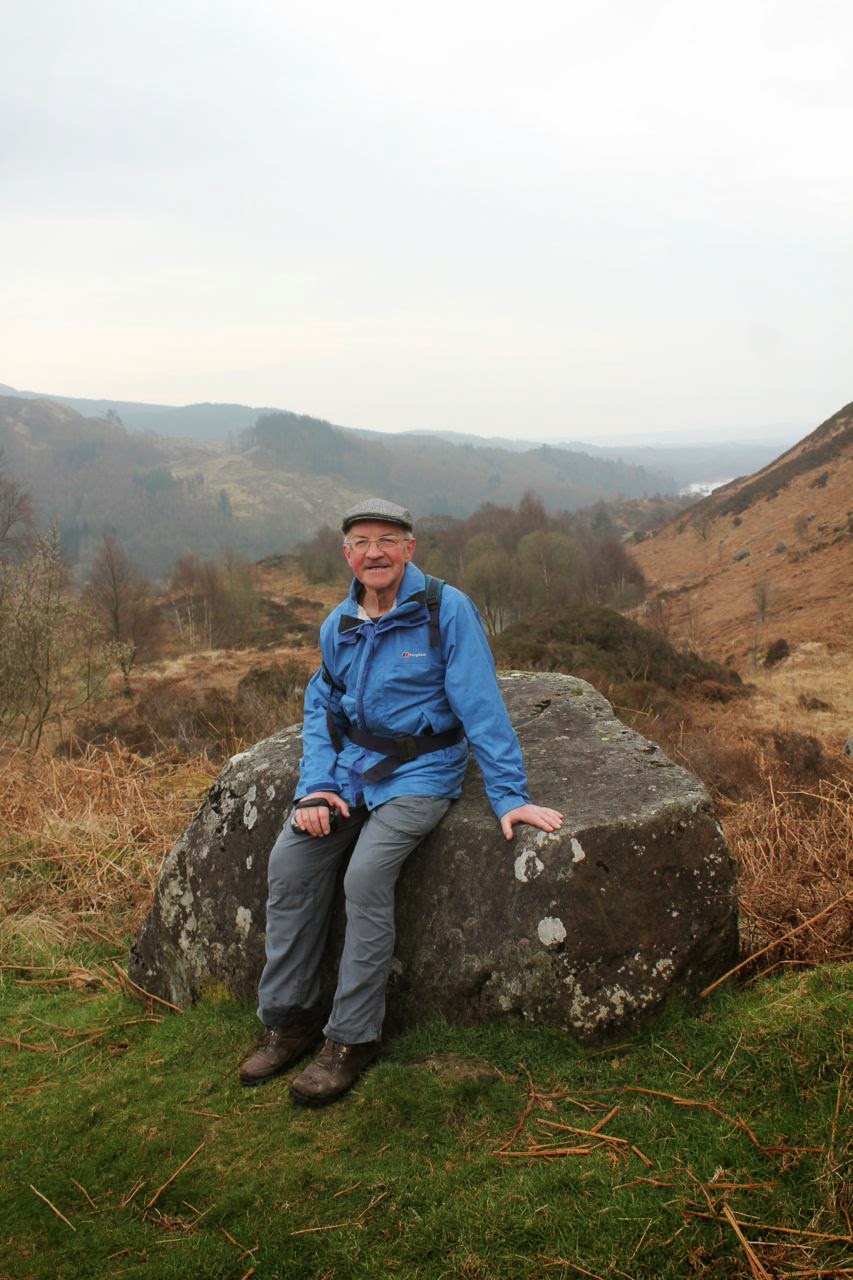 Map and details
Posted by aliqot at 2:46 PM