Hollowell circular, via Cottesbrooke and Creaton.

A problem to start the walk as planned which was to take in Hollowell Reservoir. One to investigate later?

Instead we start from Hollowell, and walk down to the bus-stop and shelter in the centre, then follow the Creaton Road out of the village until it bends to the right. A bridle path leads straight ahead uphill here. 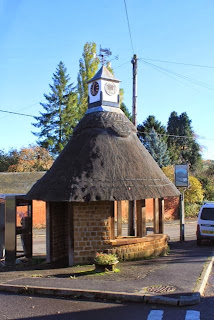 The bridleway is pretty muddy.  From the top we catch sight of the reservoir. 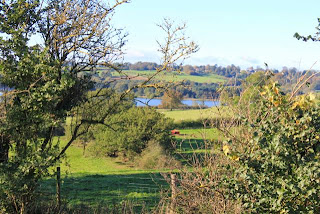 We cross the A5199 and walk across the fields until we meet a sign which directsa is to our right, then into the next field and on our way down the hill into Cottesbrooke - a very picturesque and wealthy-looking village. 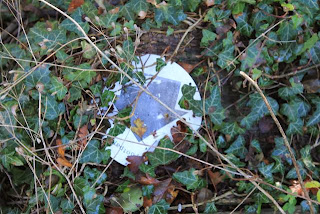 The trees make a colourful, many textured tapestry as we walk down the fields. 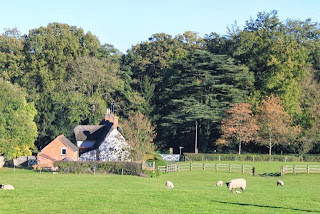 We turn right along the very small road through the village, passing the gates to Cottesbrooke Hall, which is hidden away. 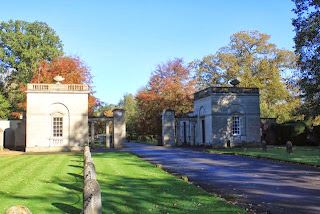 The church is worth visiting - it is open, and contains lots of monuments and a couple of tombs with effigies, including the one below, where the small figures appear to represent the man's daughters. 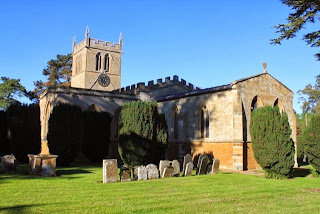 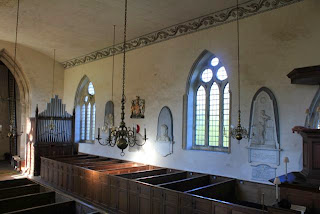 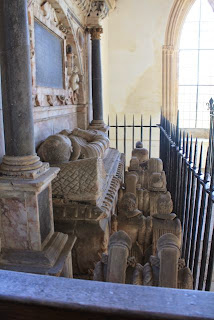 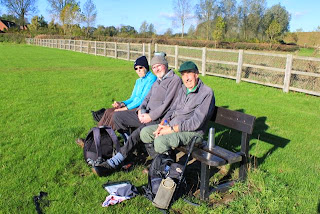 At Creaton we find a bench on a playing field - just right for a break. 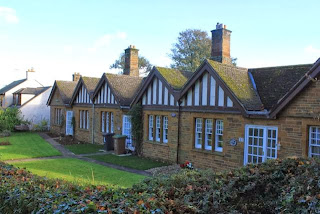 These almshouses in Creaton were erected for Victoria's silver jubilee in 1897. 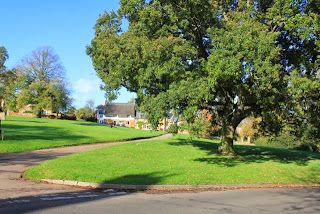 They face this splendid village green. 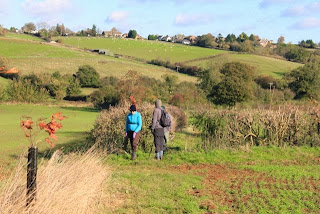 We decide to take the footpath, rather than the road to return to Hollowell - two miles instead of one. 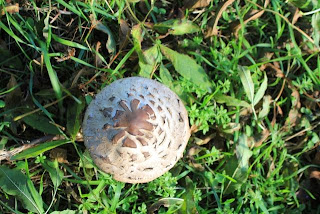 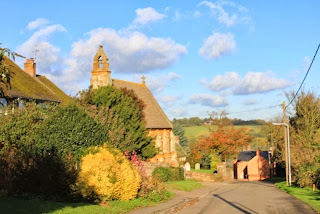 It's been a shortish, but very attractive walk. A beautiful day, though the wind had a sharp edge to it.

Many thanks for posting this one -I believe I've covered most of the same ground over the years but not as a circular from Hollowell.
It's a very attractive area any time of year - but particularly in Autumn (though,as you indicate, MUD can be a problem!).
A shorter circular, Hollowell-Cottesbrooke-Hollowell, as featured on my site, is also quite popular, I hear.

It was a lovely walk - though not quite the route originally intended! Will have a browse of your site again soon!