The building was left unfinished when Thomas Tresham died in 1605.  His son Francis was involved in the failed Gunpowder plot, and died later in 1605. A younger brother Lewis inherited the estate with its debt worth over £1 500 000 in today's money.   Lewis was not good with money and eventually the family estates and fortunes were lost. 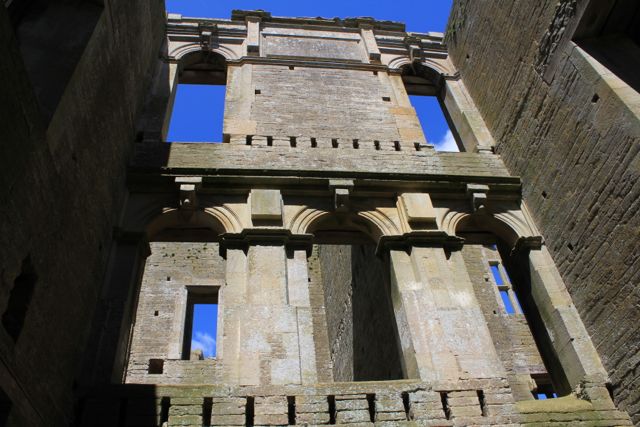 looking up from the basement to the upper floors

The New Bield was the destination of a walk from the Old Bield, seen at the end of the orchard in the photgraph below.
The walk went through the orchard, via the mounds and moated orchard, and on to the spiral mound and the New Bield itself.  The National Trust is restoring the gardens, using evidence including a wartime photo by the Luftwaffe. 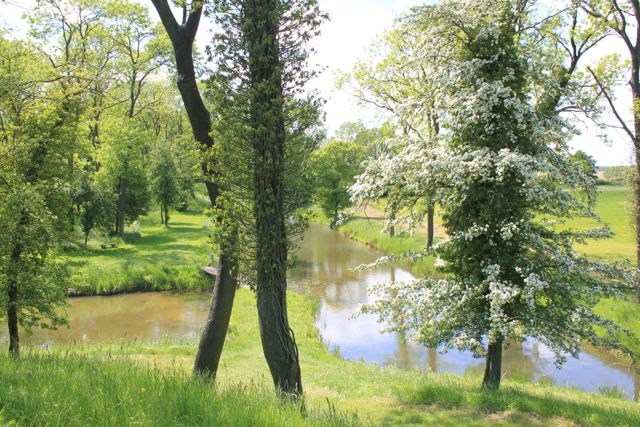 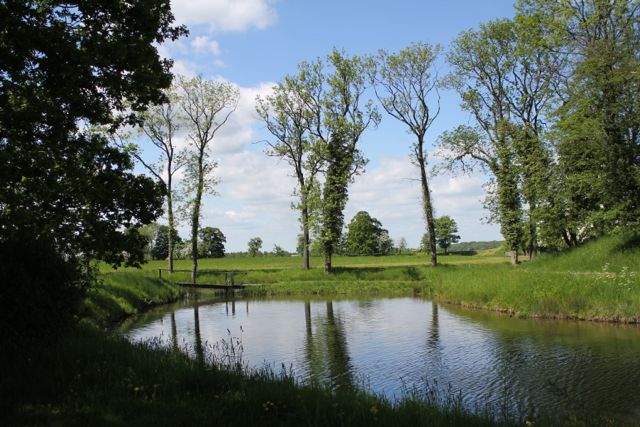 We must have spent a good hour and a half walking around - the great weather helped of course.

I visited there some years ago Alison.
Looks the kind of place that would feature in Dan Brown's next Book. Perhaps Tom Hanks will visit it as Robert Langdon{:))