Fleckney circular via Arnesby and Shearsby

We take a footpath on the south side of Kilby Road - it's not long before Barry decides he's overdressed.  Eddie's playing the high vis card today, to the tips of his toes. 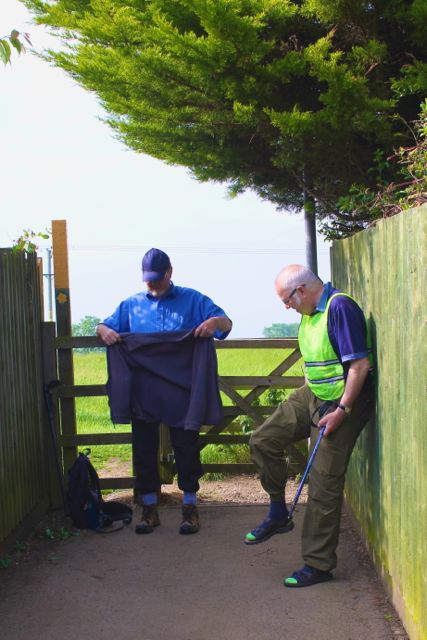 The path rejoins Kilby Road, via Furnival Close, and crosses to the north side, along Coleman Road, and soon after the road bends right our path goes off to the left - in a westerly direction.  It turns north then northwest, and passes a fox covert on our right. It continues over fields to Kilby, at Tottering Hall Farm.
We walk along Main Street, passing the pub, and have to cross the A 5199.  The stile on the other side is less than welcoming.
We can see the next yellow waymarker but the trail is not clear until the following field. 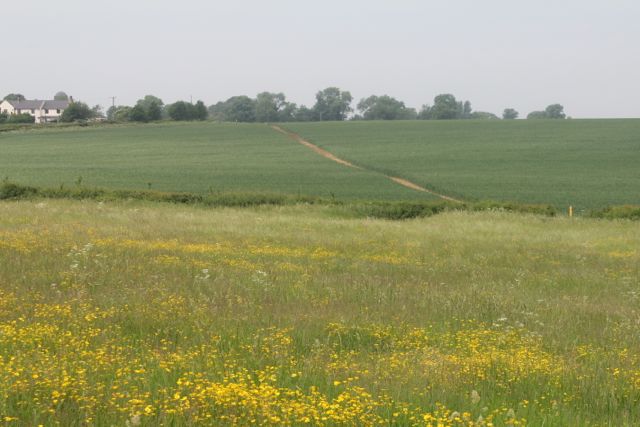 We soon join Foston Lane, a much busier road than you'd think from the map.  It runs down to the A5199.  We turn right and walk for a few hundred yards past Foston Hall to the left turn where Foston church is signposted.  Foston has been a deserted village for about 400 years, but the 10th century church is still in use. 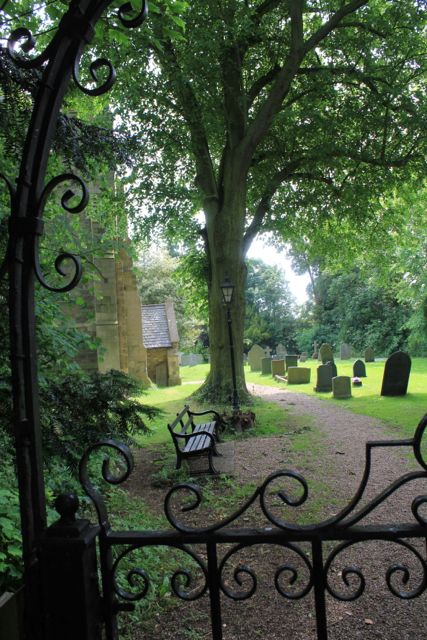 From Foston we head south along Barley Lane, past a very few houses, until our path turns left, after two hundred yards or so. We walk roughly southeast, though the path turns right then left in order to make for Arnesby.  The windmill can be seen clearly on the skyline ahead. As we get nearer it disappears in the trees, and it's impossible to get a decent photo nearby.  It's privately owned and looks like a delightful place.
According to a local postie the mill hasn't been used as a mill since at least the 1970s.

We walk through the village and find St Peters Church, which is open.  In the churchyard is a memorial to a man who died in WW2 in a camp in Thailand. I should have photographed it.
We go back a short distance to the marked footpath to Shearsby.   It's a bit less than a mile.


The footpath brings us out at the northern end of the village, with this view of the church.


We turn left at the bottom of the hill and walk towards the main road, the A 5199 again.  We turn left at the junction and cross the road to take the Leics Round footpath close to New Inn Farm.  The path is clear from now on, through fields with horses, then some with cows.
We reach a minor road and turn right for a short stretch. At the junction our path leads east, then turns slightly to the north.
When we reach the edge of Fleckney's houses we turn to the left and walk along the path close to the houses.  One way or another we make our way back to where the car is parked on the Kilby Road.

I like the bench of course ! Can I borrow it for my blog one day ? I would quote my sources, or not if you prefer.

No problem. I'm not sure they speak though. ;-)