With Marta.  A bright sunny day - begun by scraping ice from windscreen. Ideal walking conditions, especially with base layer to keep me warm. Underfoot generally fine - some mud, wet grass. Between 8 and 9 miles.


We set off from Chipping Warden, where we finished JW1 on 7th October 2011. We took the road towards Culworth, ignored the first footpath sign, but took the second path, about quarter of a mile along the road, left on a metalled track.  Not marked as Jurassic Way - do they mean to test our map-reading? 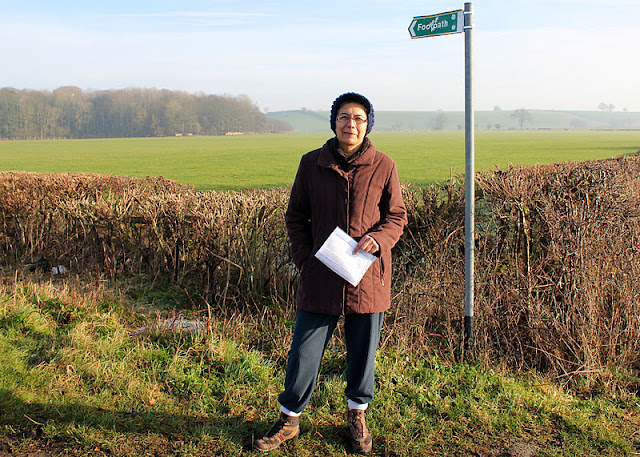 We followed this track round to the right, through a small wood, crossed a couple of fields and a minor road, and climbed up to around 500 feet, stopping to admire the view behind us.
We'd built in a bit of exploration time, so turned to investigate the Cool Contours arts centre, part of the farm. Although nothing was happening today, we rather liked the wooden pigs. 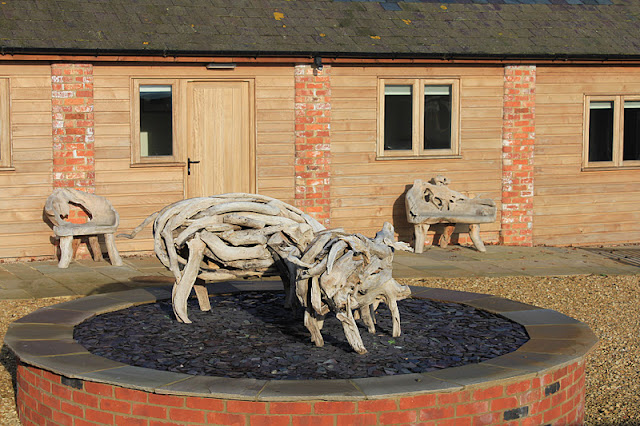 After this we returned to our route, which took us through some trees and past a large pond in a dip below the farm. 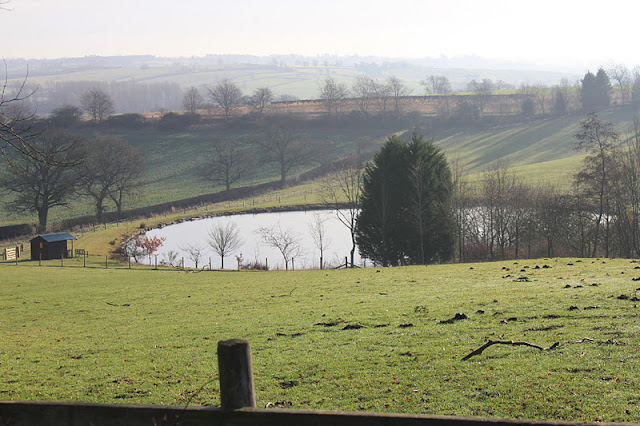 Then, gradually downhill, making sure we took the left-hand path over a small hill, where the Macmillan Way goes right. 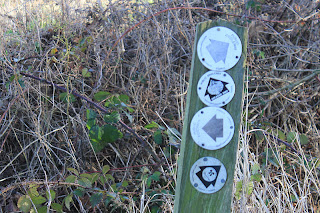 Then we walked across a small stream and on until we met another road, where we turned right, and ignored footpath signs until we saw a Jurassic Way sign at a right turn into the hamlet of West Farndon.  The path starts by a row of stone cottages, turning left across a couple of fields, before crossing another minor road. 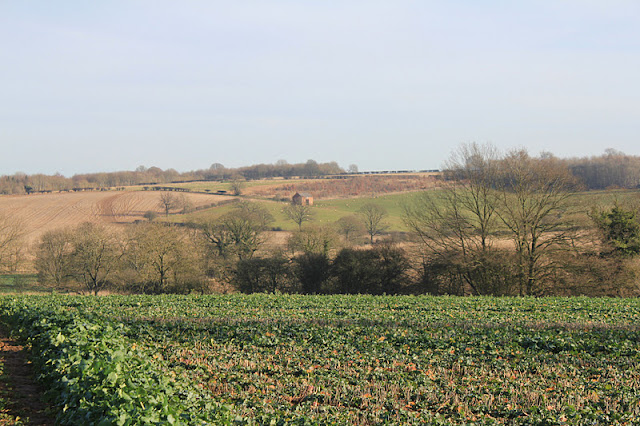 With a little imagination, I could have been in Provence? Replace poplar with cypress, let the sky deepen its blue. . .
We had no problems following the path as it took us over a disused railway line and towards a farm track, where we made use of a roller for a snack stop.
A short walk from here and we were at Woodford Halse, which has a variety of shops - we called in at the Fleur-de-Lys pub, but they don't do food. They recommended the Tea Station, a small friendly cafe, so we had lunch there, rather soon after our snack stop! 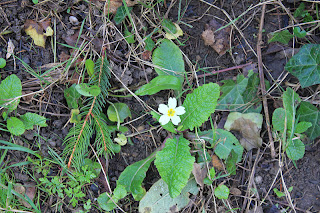 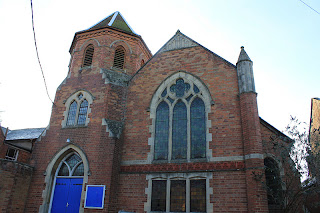 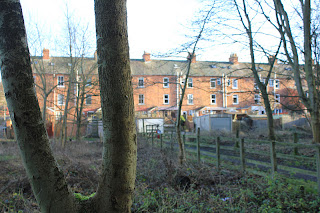 We left Woodford Halse by the path at the bottom of the hill, crossed the road and walked past the industrial estate, turning right just before a radio mast, along a track which eventually turns up to Charwelton Lodge, up on a hill. At that point we continued ahead, alongside a hedge, then over another dismantled railway. 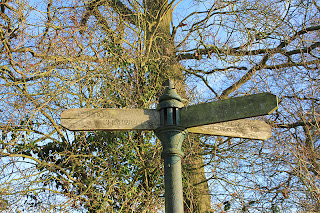 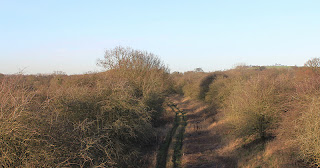 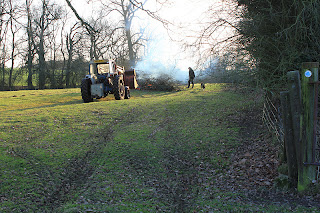 The path took us past spoil from railway construction,  the deserted mediaeval village of Charwelton, and its fishponds to Holy Trinity Church and the nearby farm. 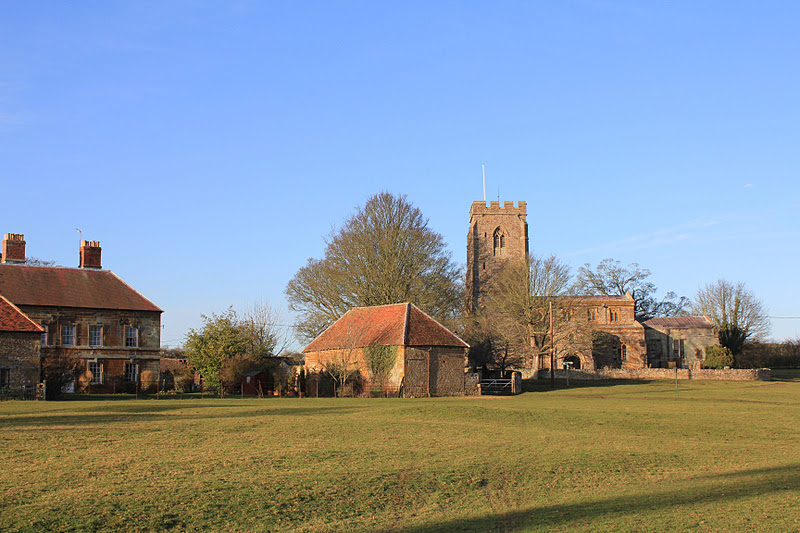 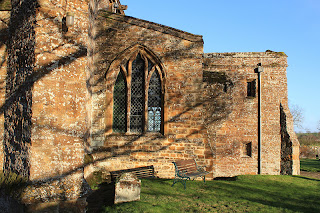 Across a field or two, we joined a lane then took a small footpath through a field of calves/small cows, then one with goats and horses, and emerged next to Charwelton's packhorse bridge over the infant Cherwell - probably 15th century. It's very small, and the road hides part of it. 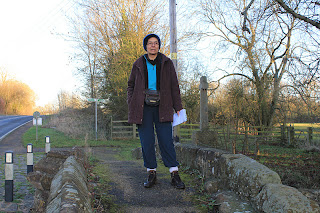 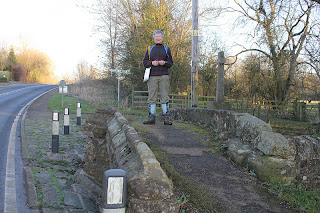 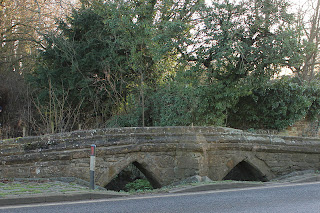 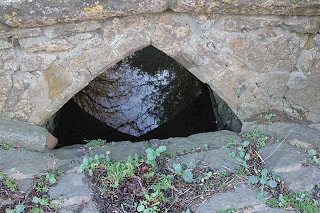 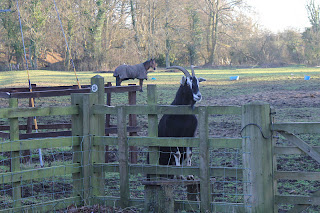 A wise observer approves our achievement.


Map and details
Posted by aliqot at 5:36 PM