A hot day, and fierce sun. I needed to stretch the legs, but had to seek shade.  This walk starts from the car park and follows the track downhill towards the railway line.  I crossed the bridge, but then retraced my footsteps to go into the wooded area where I followed a woodland track which pretty well skirted the area.


On the way back two pony carriages were coming over the bridge, and I saw and heard several trains.  It was one of those walks where taking photos became as much fun as walking.  Foxgloves en masse, mainly pink but a few white ones and the light through the ferns. 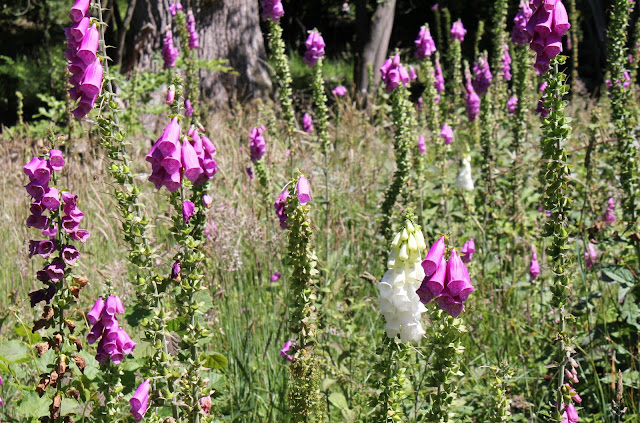 Then I caught sight of a white admiral on the bramble flowers, and some orange butterflies I hadn't noticed anywhere before, but later identified as silver-washed fritillaries.

Email ThisBlogThis!Share to TwitterShare to FacebookShare to Pinterest
Labels: New Forest, under 10 miles