Rushton to Fox and Peony, via Barford Meadows and Prologis Park

From Rushton we walked down Manor Road, then turned left and followed the bridleway southwest past Holmefield Grange Wellness Retreat, with the busy railway line on our left. We crossed the River Ise, and after a gate we turned left under the railway bridge. Our route continued fairly close to the railway line (on our right now) through fields, slightly uphill towards a bridge over a branch of the railway. with many a 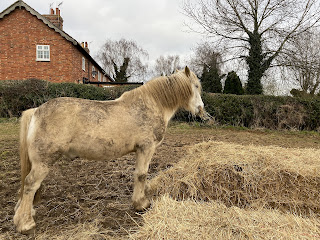 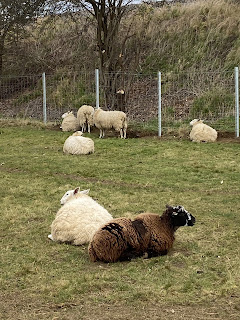 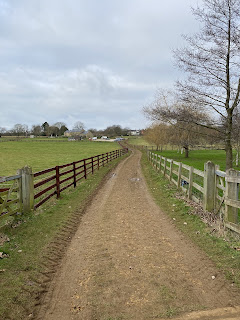 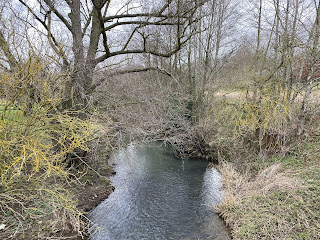 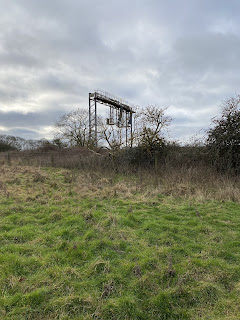 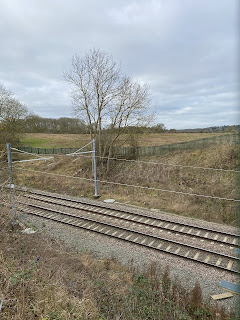 The path heads into the Barford Meadows Nature reserve, which we explored a little, though there was not a lot to see at this time of year. Gorse was flowering, and there were plenty of catkins and a few birds twittering. But it was a pleasant walk through meadow and woodland. 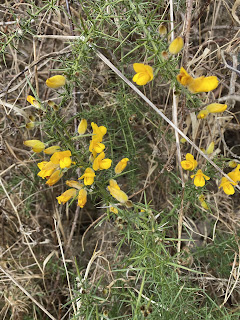 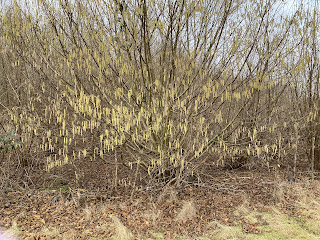 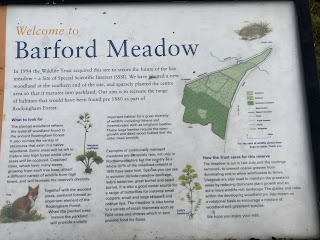 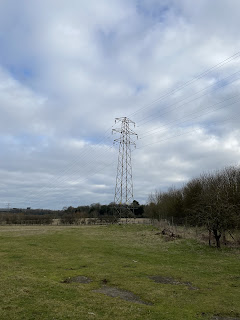 We headed back to the path leading almost south toward Kettering and followed it past a couple of Kettering FC pitches, still close to the railway, though this is in a cutting here.
We crossed Glendon Road, and turned left along the footpath, with the John Lowther Centre and the Scouts Centre close by over to our left. We passed the car park, and at the roundabout crossed Hipwell Road and took the road to Glendon Lodge Farm and the Fox and Peony. 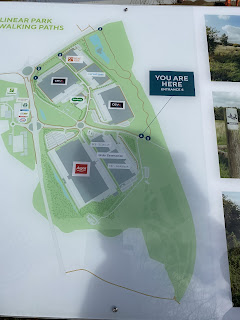 After refreshing ourselves we returned to the Prologis Park and walked the Linear Park path downhill and round what looks like a lake on the map, but isn’t very obvious in real life. Plenty of picnic areas and field space nearby though, so it should be worth a visit when it has settled in more.

Then we returned to Rushton along the path we walked earlier but with no diversions this time. 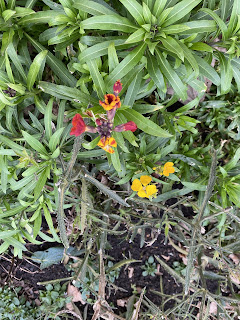 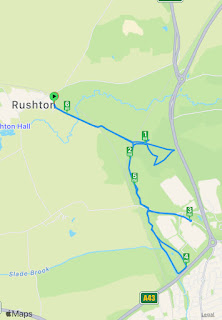