I took the route from the June issue of the magazine Market Harborough Living pages 37 and page 36. 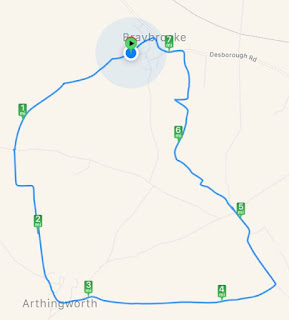 For a walk that is advertised in this magazine, we found a few problems in the second half. But more of that later.

The rain and warmth of the last ten days or so have made crops and everything else grow rapidly.

We set off along Newland Street beside the church. this road joins a road with a dead end sign,  and soon becomes un-surfaced. We walked for a short distance, then turned left across a footbridge, before heading diagonally upwards across fields. The path here was well indicated and had been made good. 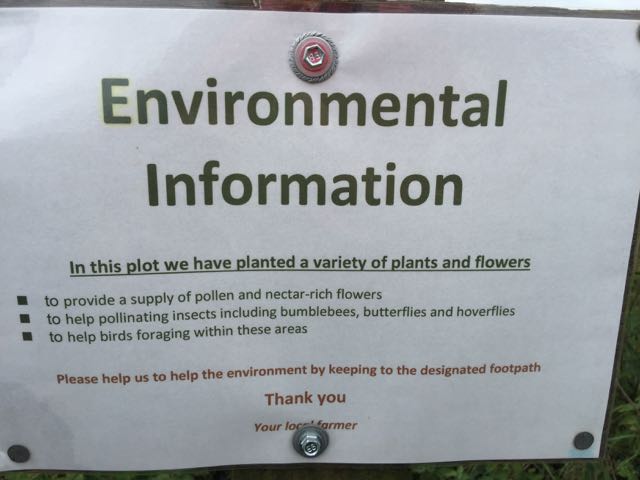 We were happy to cooperate with the local farmer, as the path was clear. The recent rain and wind has blown some of the rape plants across it, but it was still doable without too much trouble.

The path meets a bridleway, where we turned left and walked as far as the road. On the other side of the road, slightly to the right of the track is the 146 metres trig point. 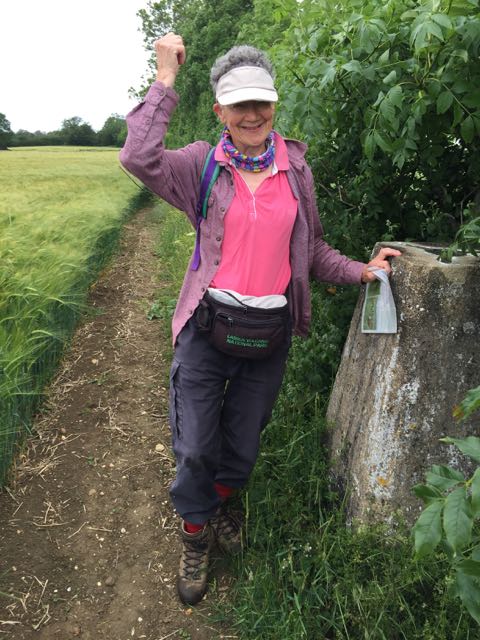 The footpath continued clear through the next field, and at the boundary we had to turn left and head for the hedge at the bottom pf the field. 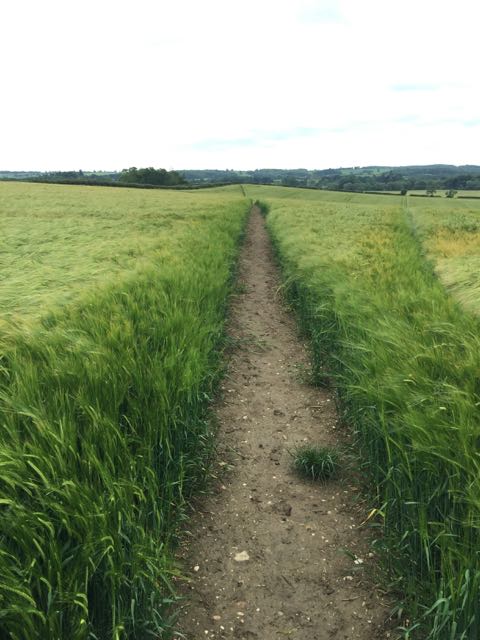 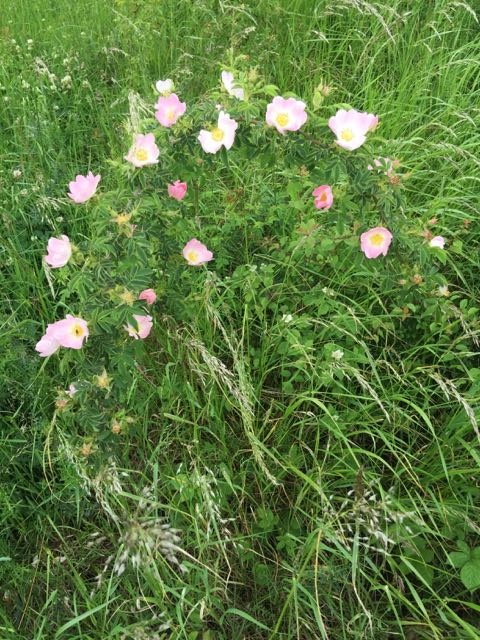 We turned right, keeping a hedge on our left. There is a gap through the hedge - we missed it at first, but it wasn't far back. So, with the hedge now on the right we continued towards Arthingworth. A small hiccup when we had to force our way through some new growth on the corner of a field. Basically we needed to keep near the hedge and follow a straight line.  There is a footbridge, slightly hidden at this time of year. Once we'd negotiated that it was easy to find the way into Arthingworth. We had a short break at a bench on the green  a little while before the main road near the church. 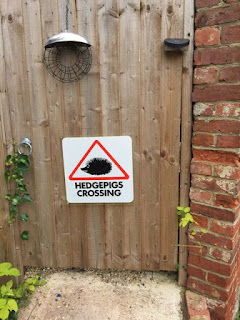 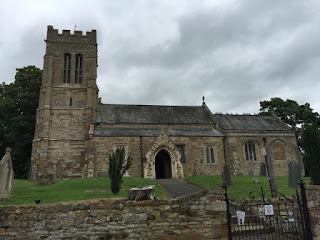 At the church we turned left and walked for about 200 metres. There are two bridleway signs. We took the left hand one, and followed it with little trouble as far as the next road, close to Newbottle Bridge.

Here we turned left and walked uphill to the crossroads. Just opposite there is a stile in the hedge, then wire which we climbed under, since the fastening was extra tight. All this time we were watched with interest by the resident horse.

The footpath took us through several fields, some with cows grazing. In one of these fields we saw a hare, running around for quite a while.  Eventually we reached a track, where there was a small building, and some caravans and beehives. Here the path is not clearly marked, but we entered a field, as per instructions,  through a fixed gate with wooden slats - it looked rather like a horse jump.

We walked through the scrubby copse, found the brown gate to go through and walked close to the right hand hedge, with the pylons over to our left. At the corner of a copse we turned to the right and began to go northward.  There were a few problems here - broken stiles, barbed wire, and very muddy cow-trampled gateways. 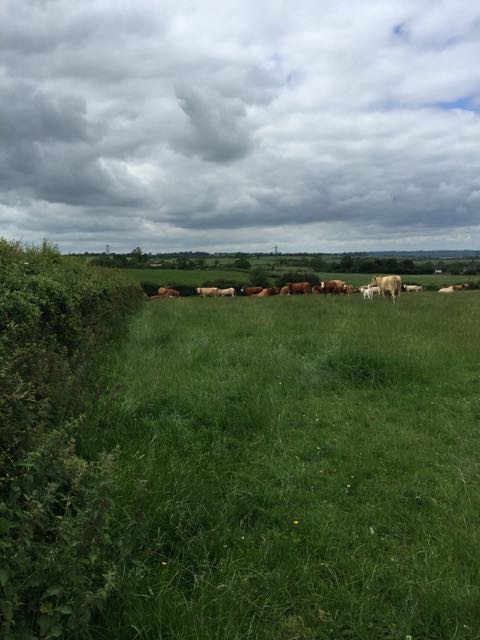 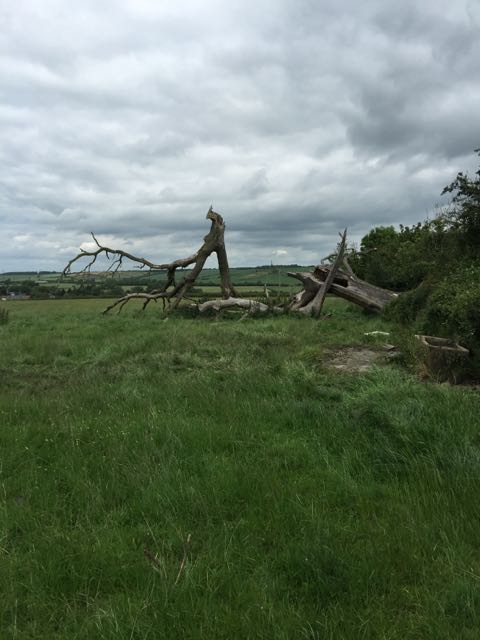 I'm not sure we spotted the site of the castle this time, but we did cross the mighty river Jordan. 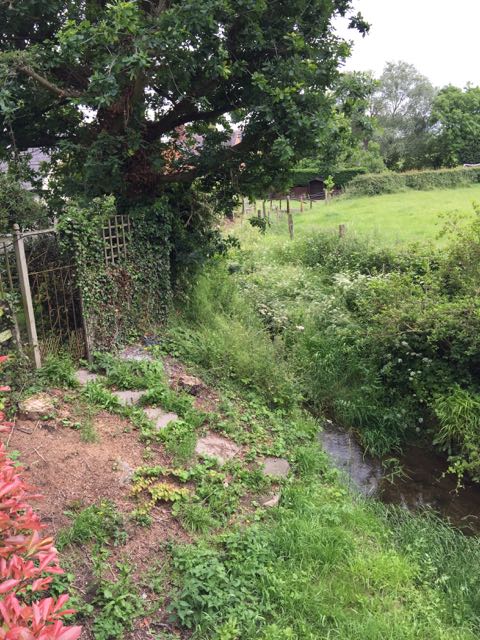 We returned to the car, and headed to East Carlton Park for lunch.
Posted by aliqot at 5:32 PM