Thursday 19th April 2018
With Maureen on what felt like the first day of summer - all in the past now!
About 8 miles, and mostly on field footpaths which were not sticky with mud. Lunch at Foxton before returning via a slightly different route.

We walked from Marston Trussell church along the road towards the main road to Lubenham and Market Harborough.

Shortly after a small bridge crosses the river Welland, a footpath leads off to the right, more or less following the river and county boundary.
This section of the walk was idyllic, slightly wet in one or two places, but no sticky mud! 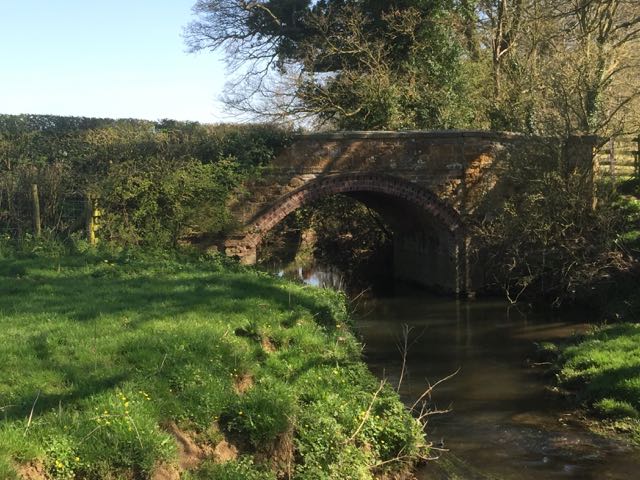 The river goes under the drive to Thorpe Lubenham Hall. We cross this and pick the path up on the other side, where it heads across a field with cows and horses. The river is over on our left hand side.

We emerge on to the road into Lubenham, near the hall moat. 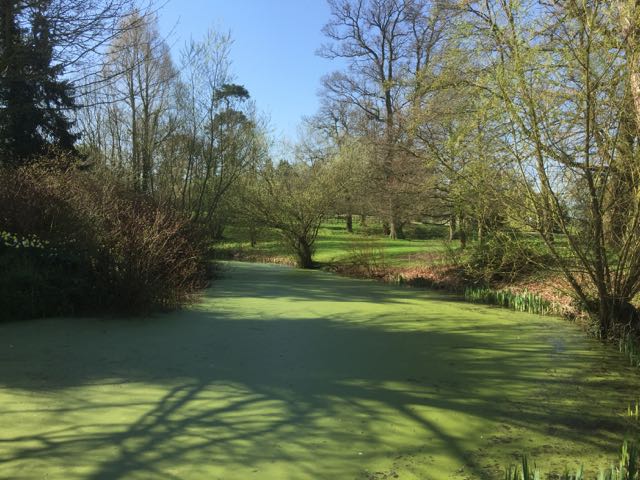 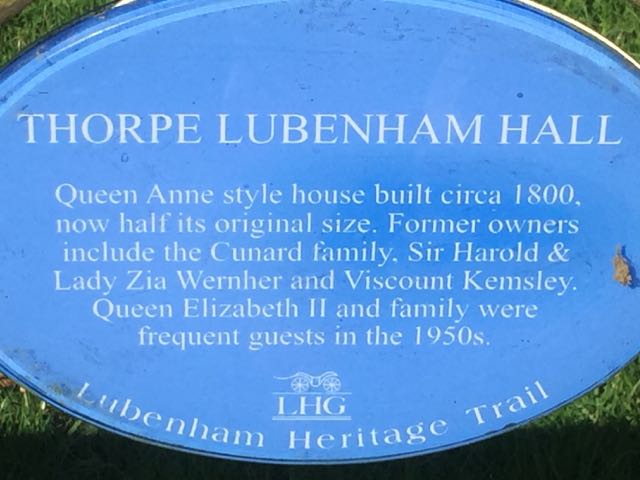 The railway bridge has two arches. Under the second one the road is lower, in order to allow high loads to pass through. 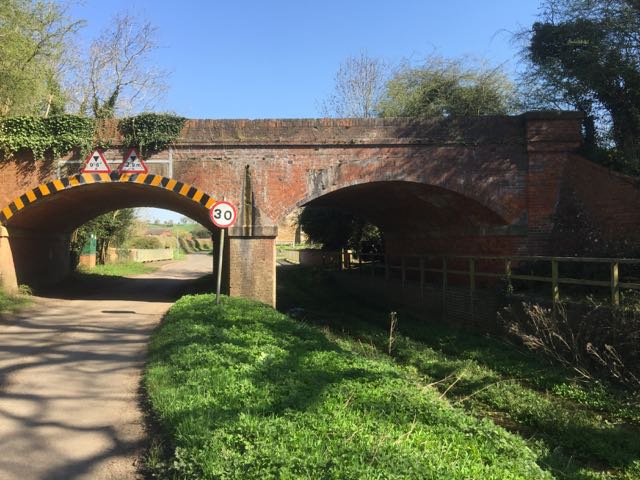 We walked past the church and the Tower House, and straight ahead to the main road. We crossed the road and took the small road to the left, and a footpath to Foxton via Mill Hill and the recreation ground. there's a short steep climb to the top of Mill Hill, and then you follow the well-marked footpath, or on one occasion the nearby field edges. Some of the route is enclosed between fences, which helps to keep us on track.

The fields are not far from housing close to Gartree prison, but the prison is not obvious from this route. 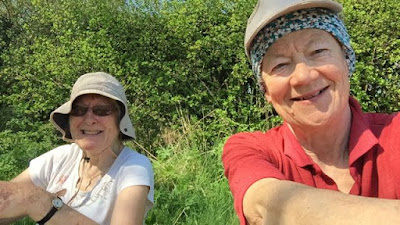 It was getting warm, so we decided to have a break, and took this selfie to send to my daughter who was bemoaning the fact that she was stuck at work, instead of out on her bike.

At a fork in the path we took the left hand option which comes out near Foxton School. There was a magnificent gate, but it looks a bit redundant. 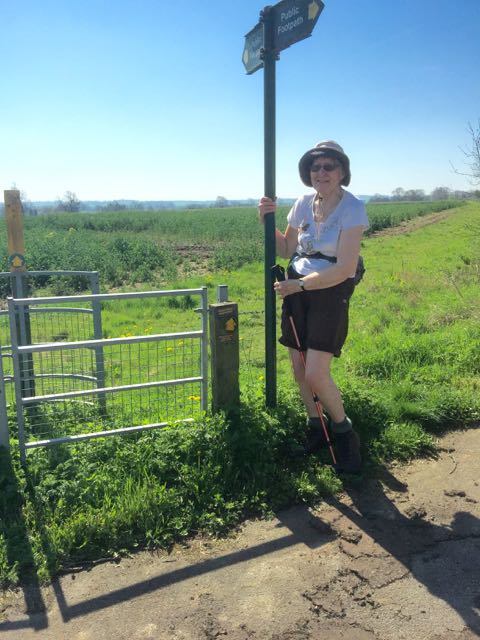 Lovely situation for a school, with some open views. We turned left along the road to Foxton, and very soon took the footpath to our right, which runs along the edge of the field. 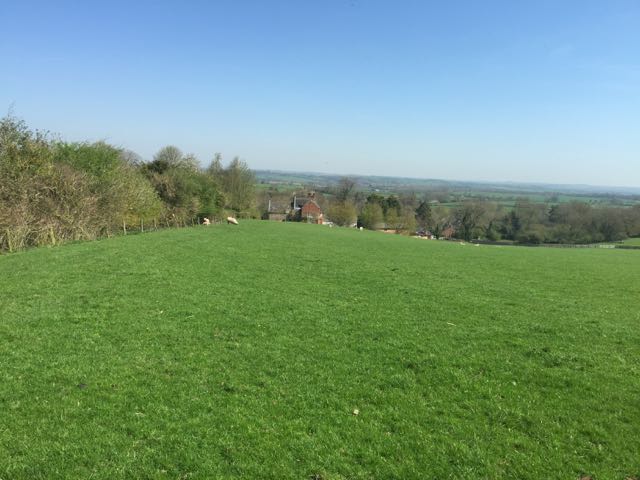 There's a view of Foxton church I haven't had before. 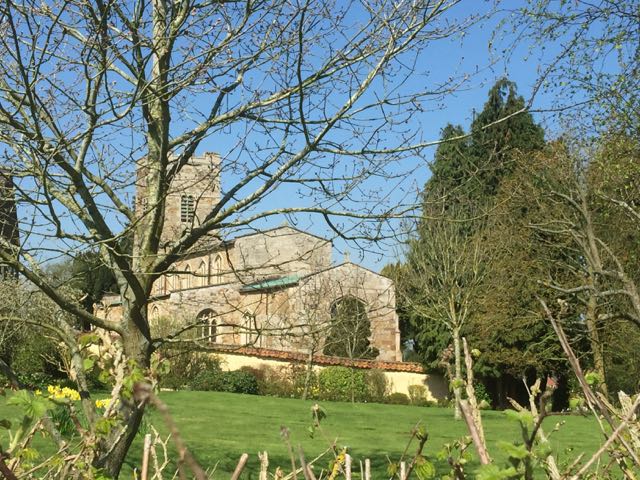 We turned left along Swingbridge Street, then right along Main Street until we joined the canal. A left turn took us onto the towpath and we headed northwest then southwest for a good half mile to reach bridge 61 pub at the bottom end of the flight of locks. Sandwich and coffee to fortify us - sitting outside in the sun, with parasols!
We continued our walk south along the towpath beside the flight of locks, and along the upper section of the canal until it meets the road. 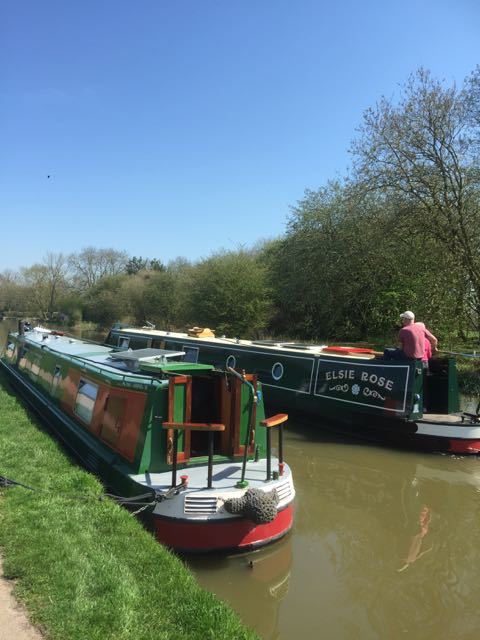 After crossing the bridge, we took the signed footpath which heads southeast, diagonally across the field, leaving the car park over to the left. It's pretty easy to follow over a few stiles past what is marked as a disused camp on the map, and a fishing lake. We walk with the lake on our left. 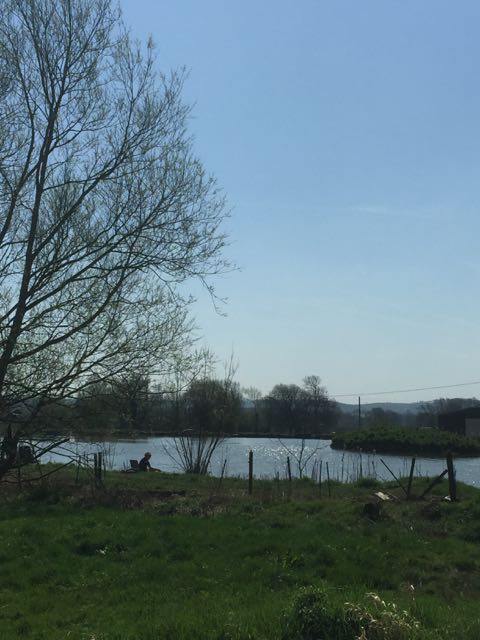 Just after this was the only place we had to look around for the path. There's a farm type track which bends to the right and forms a sort of cross roads with the field edges.  The stile was slightly to the left of the crossing point, and then the path keeps to the left along the field boundary. Once we'd found it all was clear again. Footpath markers and stiles led us over the fields to meet the Lubenham to Foxton Road.


Our footpath continued on the other side of the road, but it turns left near some farm buildings, and then heads towards another stile. All of the time we were going south east, until we reached Lubenham again.

A break near the church - it was hot! and then the final stretch, retracing our steps past Thorpe Lubenham Hall and along the Welland to Marston Trussell. 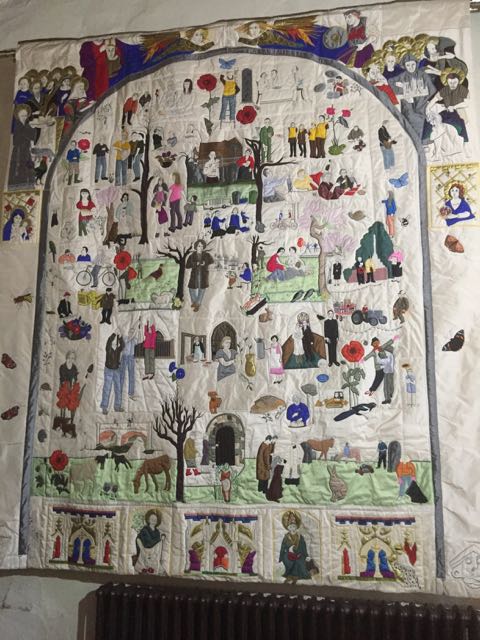 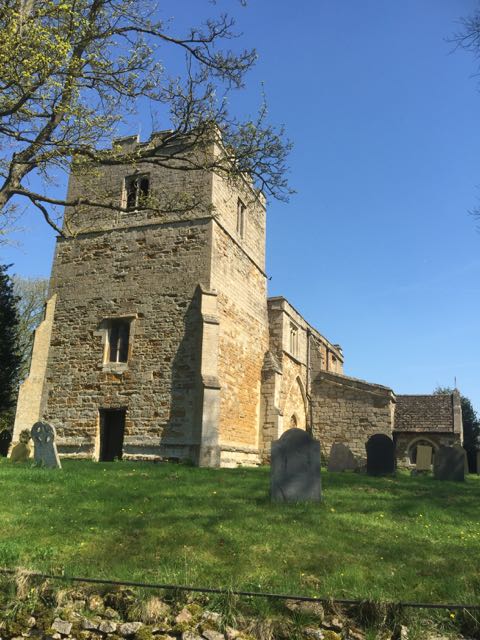 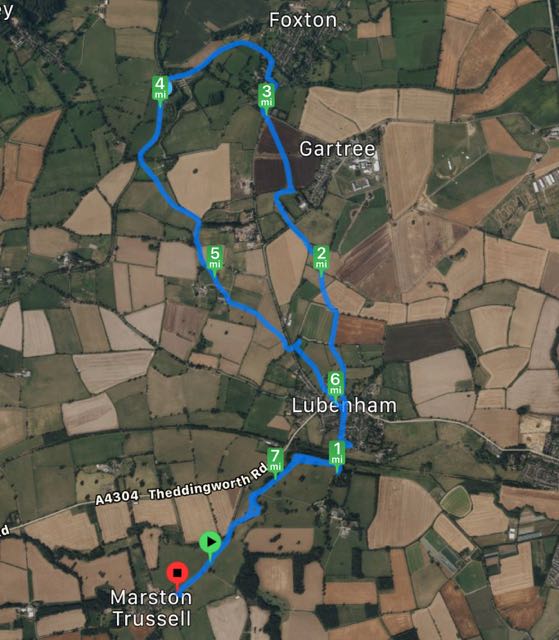