Monday 06 March 2017.  With Norma.  About 7 1/2 miles. Muddy paths to begin with and a couple of recently planted fields, but could have been much worse. Weather was fine with some sun, and some wind.

We parked on a quiet avenue parallel to the A47, and walked a hundred yards or so down a   cul-de-sac, before taking a footpath on our right, then leading south past a very large house and into fields.
The path continued south towards Skeffington Vale, then turned slightly west, crossing a stream and a couple more fields, where the yellow waymarker posts were very helpful, before coming out at Rolleston Hall, close to an area where horses were being trained.

When we reached the estate road we turned left and followed it past the lake and along a bridleway heading toward the road between Goadby and Noseley.  Most of the way the path was easy to follow, over fields and then into a wooded area. After this the bridleway became rather muddy as it led down to the road. 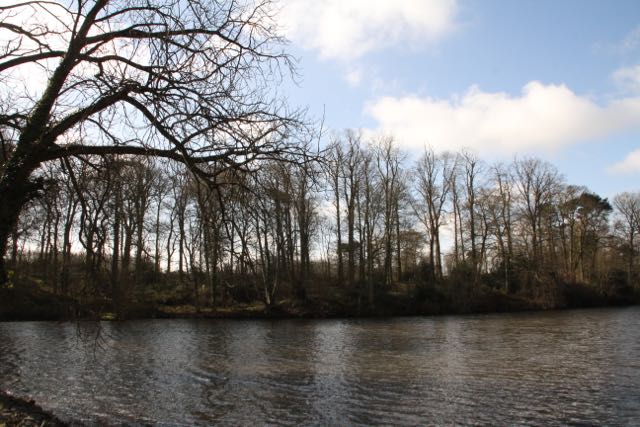 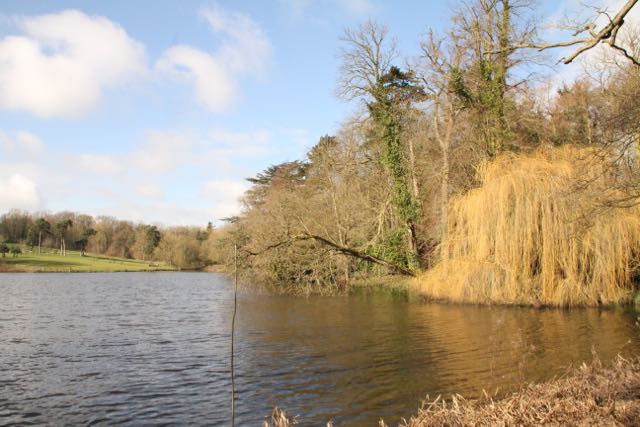 We took a right turn on the road, and walked for about a mile, passing the entrance to Noseley Hall, and then going up slightly to Top Lodge. We had a short break in the sun here, before taking a turning to the right, heading northwest. 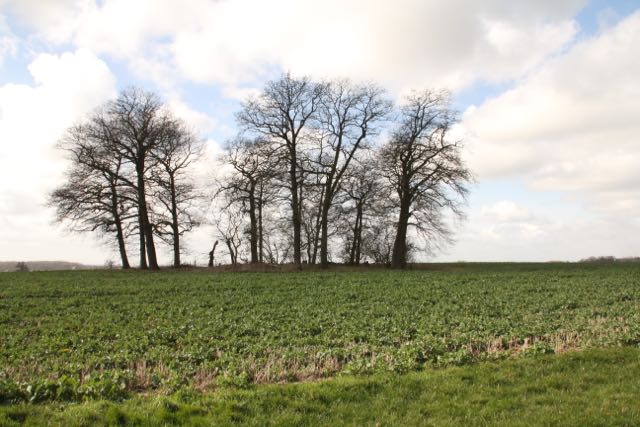 This clump of trees is called Millfield Clump - a house, a sacred grove? Who knows?
A little further on there is a small wooded area on the right, as the road bends to the left, heading almost due west.
When we reached the B6047, at the entrance gates to the Rolleston Estate, we turned sharply right (northeast now), and followed the avenue of trees. Some of these horse chestnuts are just beginning to show signs of life.
We saw a fair amount of damage - I guess Doris is to blame again. 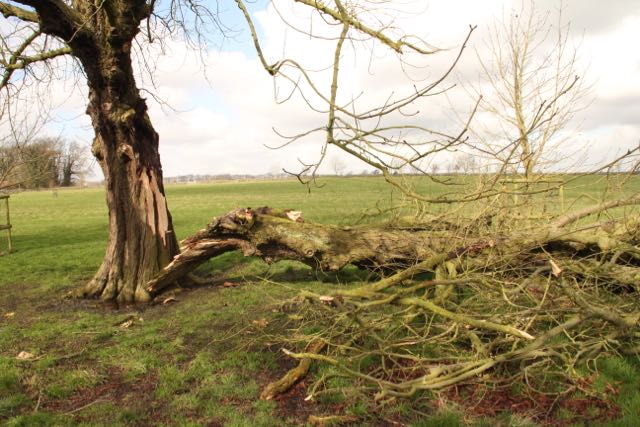 As we approached Rolleston Hall itself this fine carriage and four gleaming high-stepping horses drove by, with a small Jack Russell leading the way. 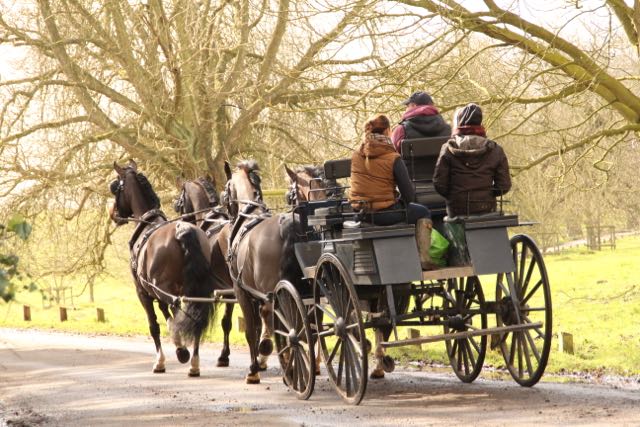 We followed signs to the gated road to Skeffington and followed this route back to the start.
A straightforward walk from here, with snowdrops along the way.  the carriage and four passed us again, with the dog still gamely trotting ahead. 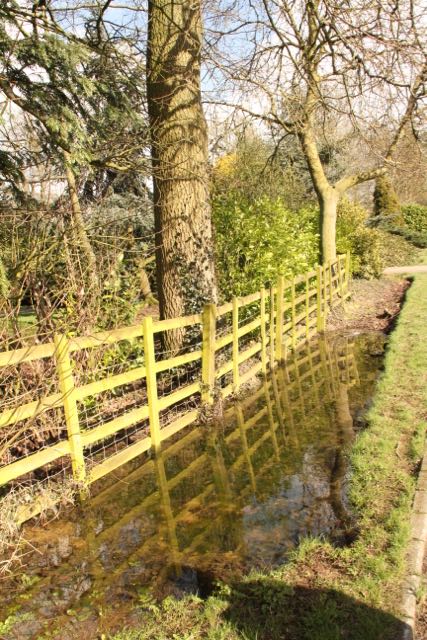 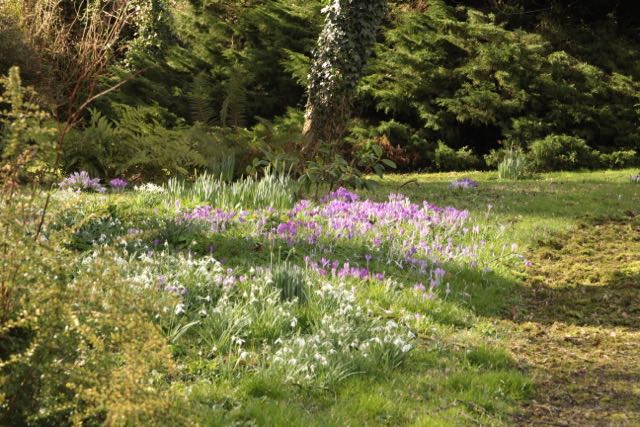 and some rather fine gardens in the village, including the crocus display above. 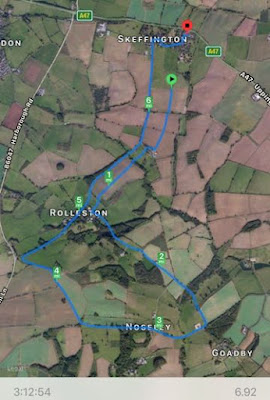 Glad to have had a walk in this part of Leicestershire again, and in such agreeable weather too.

Your words and photos really capture the season on the brink of spring. Lovely to see the snowdrops and crocus.

Thank you, Ida. The sunshine made all the difference!

It was on the estate roads - and some of this area is serious horse country. They probably race them or show them . . . I've seen them out here before once ot twice.

The clump of trees were created by Landed Gentry on their estates to provide cover for Game. In the season the staff would drive through each clump to put up birds for the Shoot to take pot shots at.
One place you will see this, if you drive along the A303 in Wiltshire there are some visible in the adjacent fields.

Thanks, Roy. I might have guessed it was something to do with blasting animals to bits . . .