Thu, 2014 Aug 14 9:16 AM BST
With Gordon. Reverse of walk from 8 Aug 2011. I appear to have pressed the wrong button part way through, so about half of walk not recorded here. The later part was a little hillier. Just over 10 miles in total!
Almost the same walk as on August 8 2011, but in reverse, and with the added loop to Old St John's Church, Boughton Green. May be worth looking at the previous walk for some photos too. 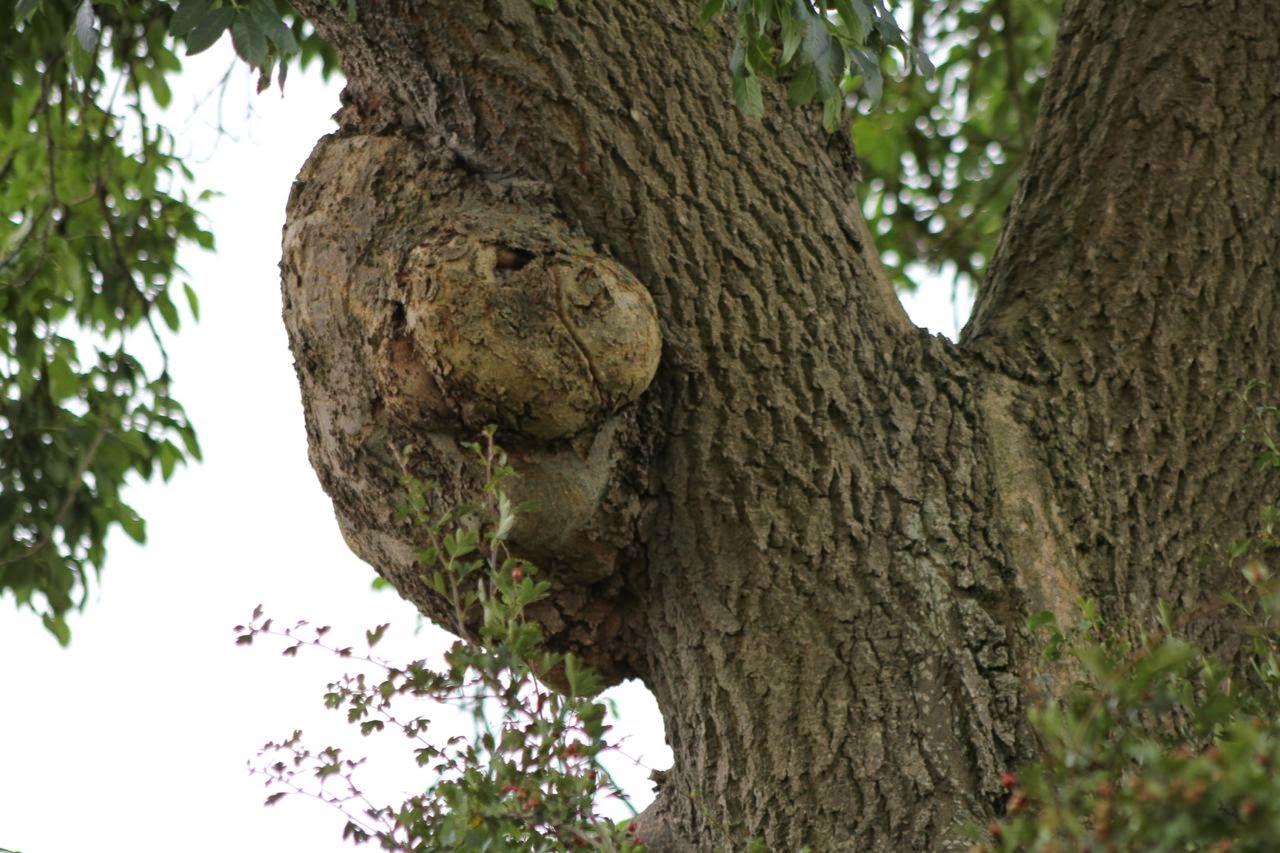 We set off on the footpath from Back lane, alonsgside Brittens View, and headed southeast, along a track  then a path not quite blocked with brambles and nettles - memo to self - secateurs! Later we crossed a jungle of tall maize too. On a footpath. 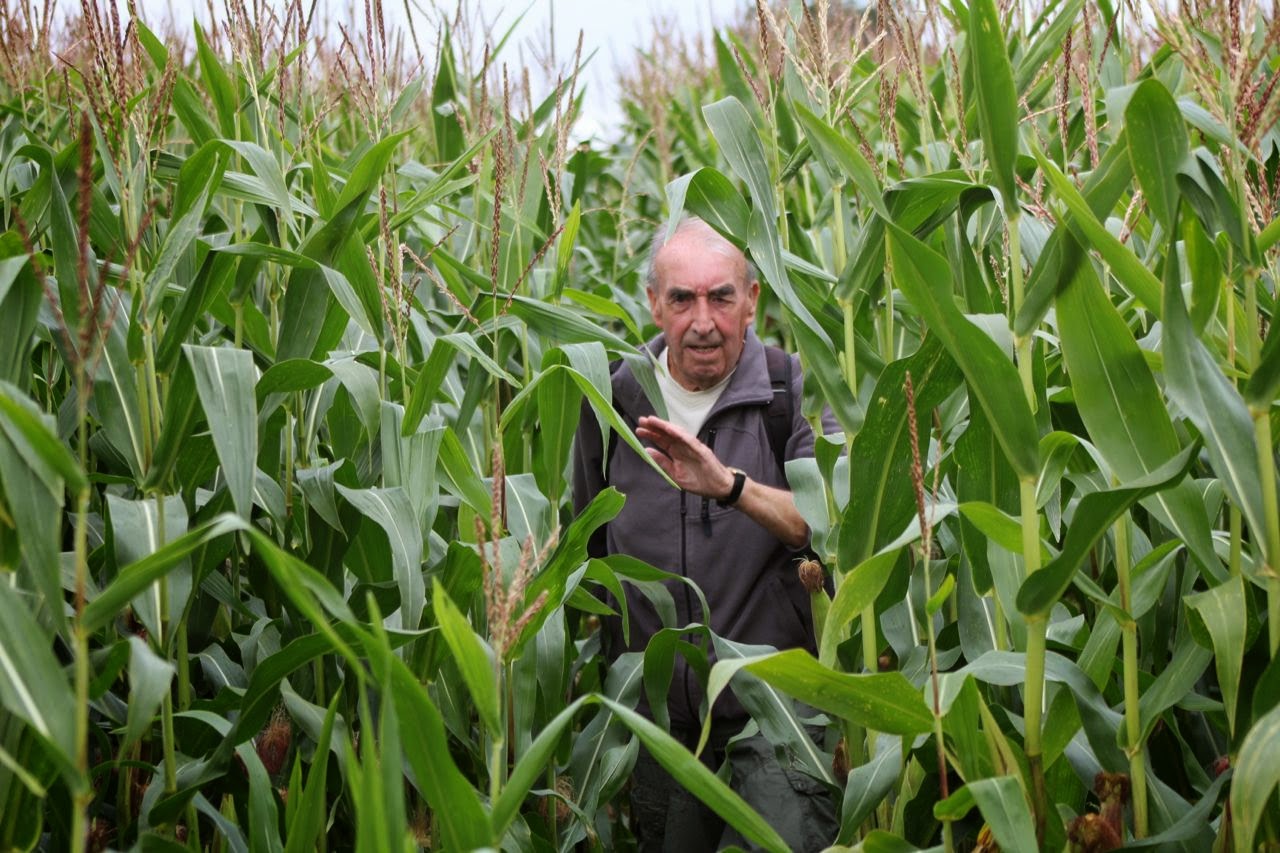 When we reached Rectory Farm we turned right towards the south west.

I managed to miss the path when it went through a gate, then over a bridge, just before Marsh Spinney - a quick rethink was needed when we'd gone two hundred or so yards in the wrong direction. After that all was simple and we made our way into Moulton. 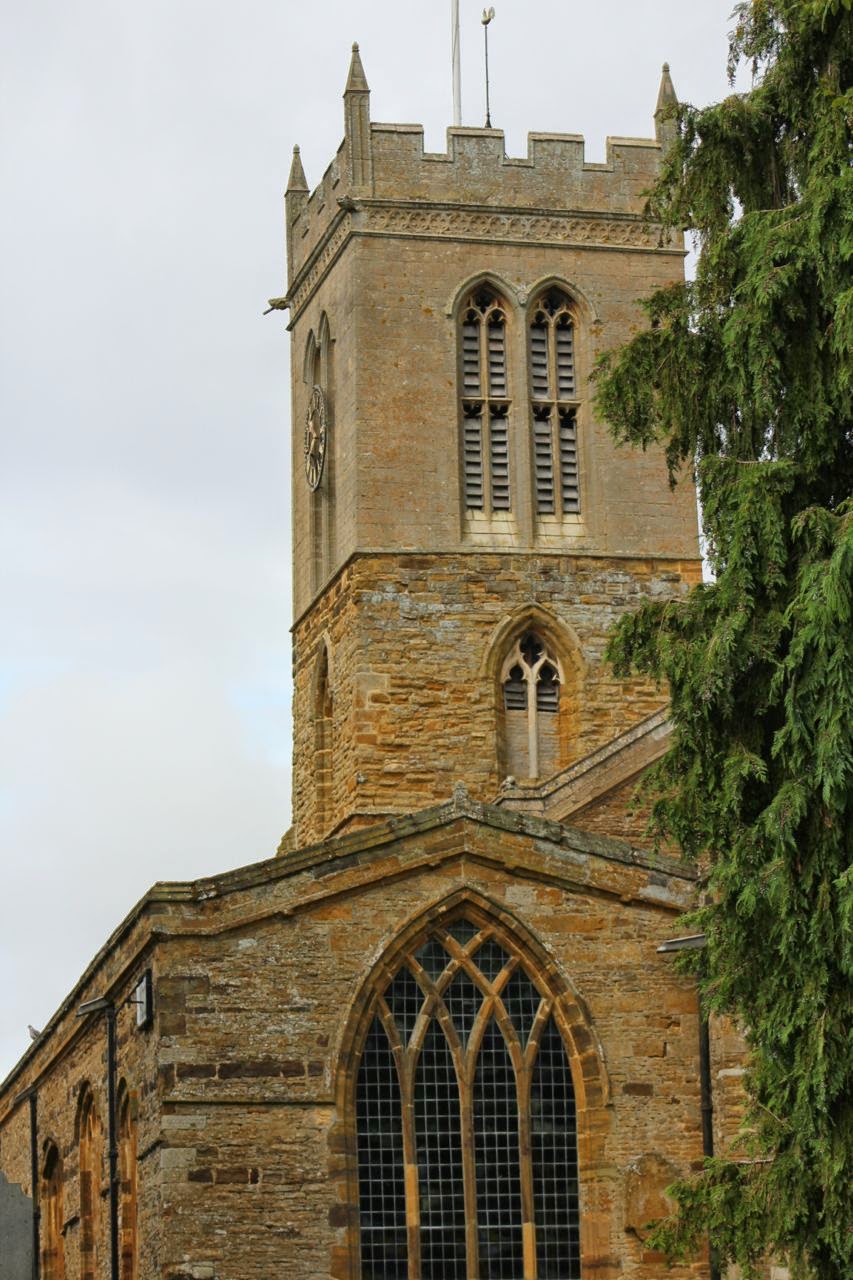 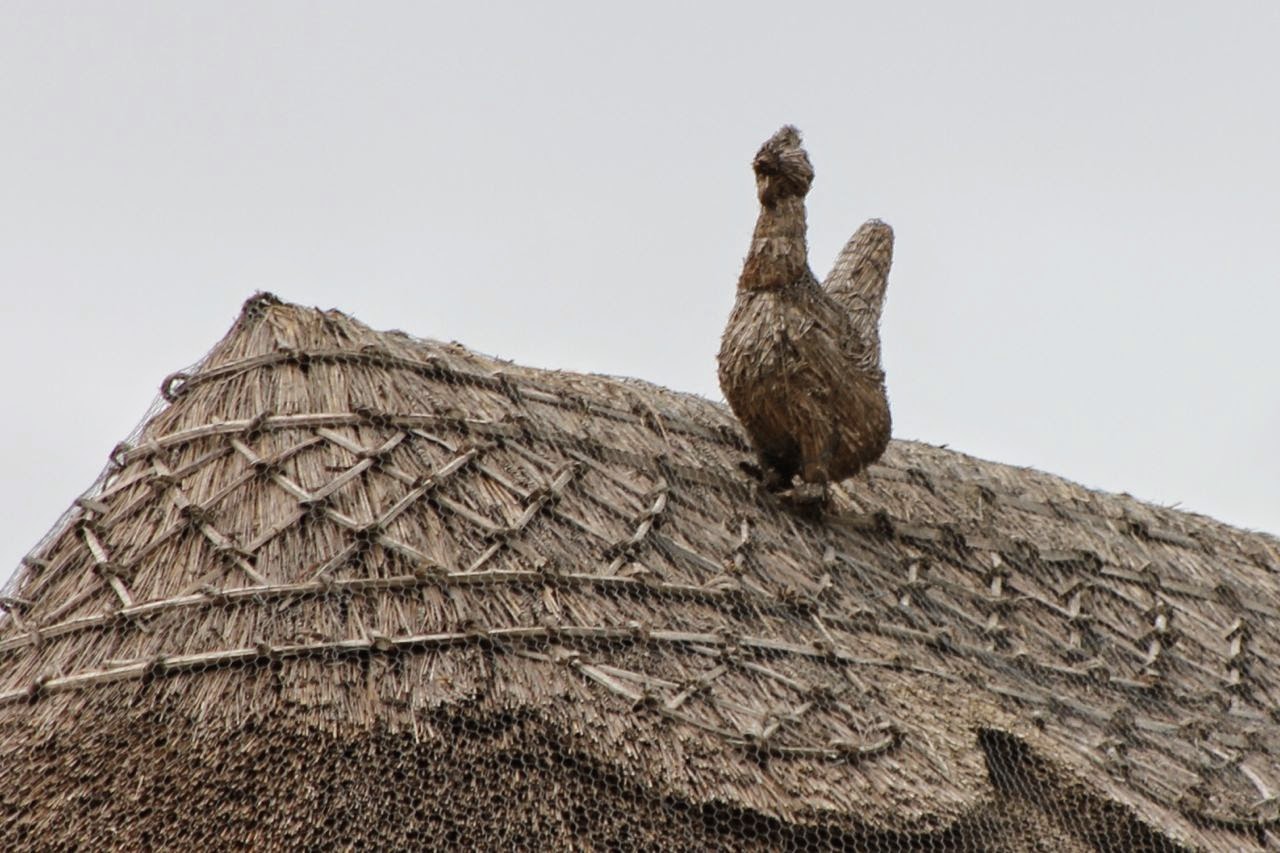 Heading west through the village, past church and primary school, we were ambushed, in the nicest possible way by a café! 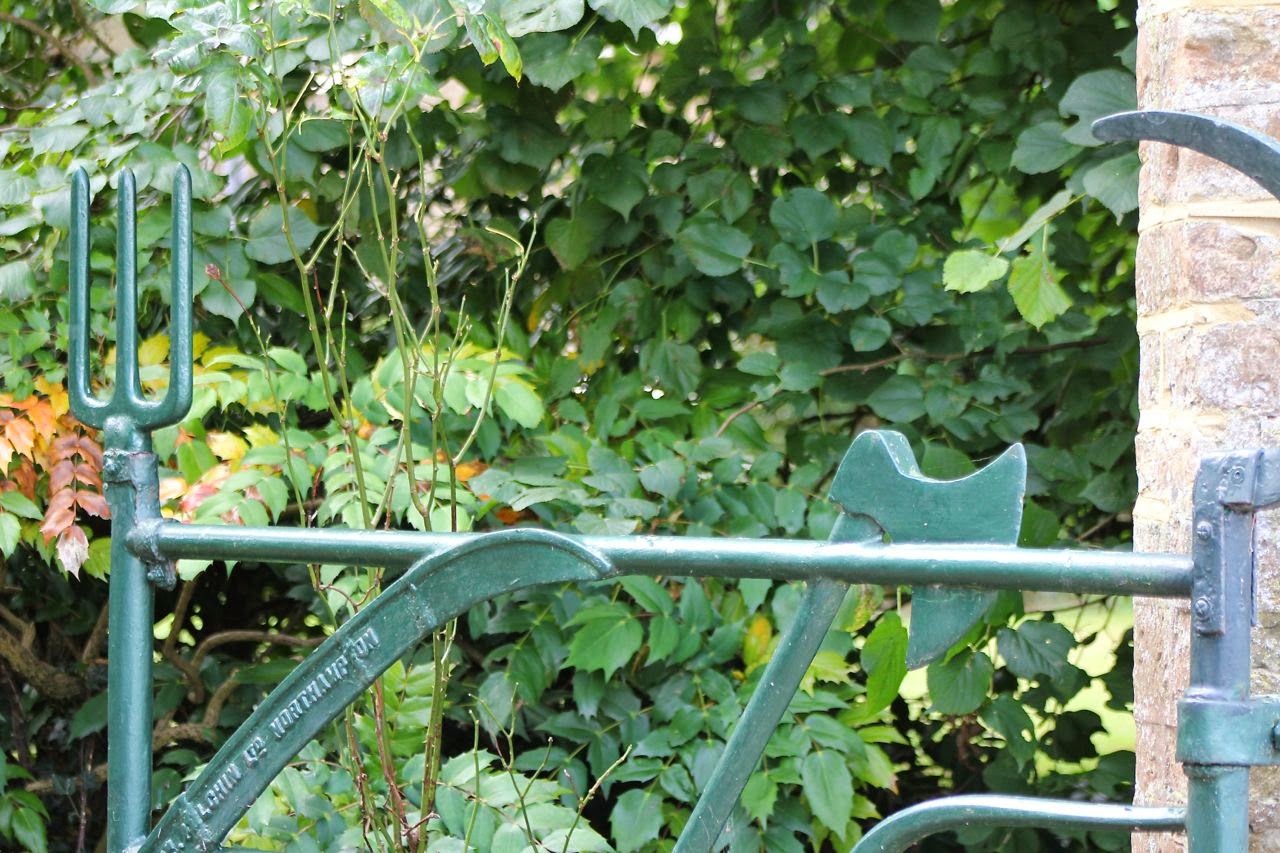 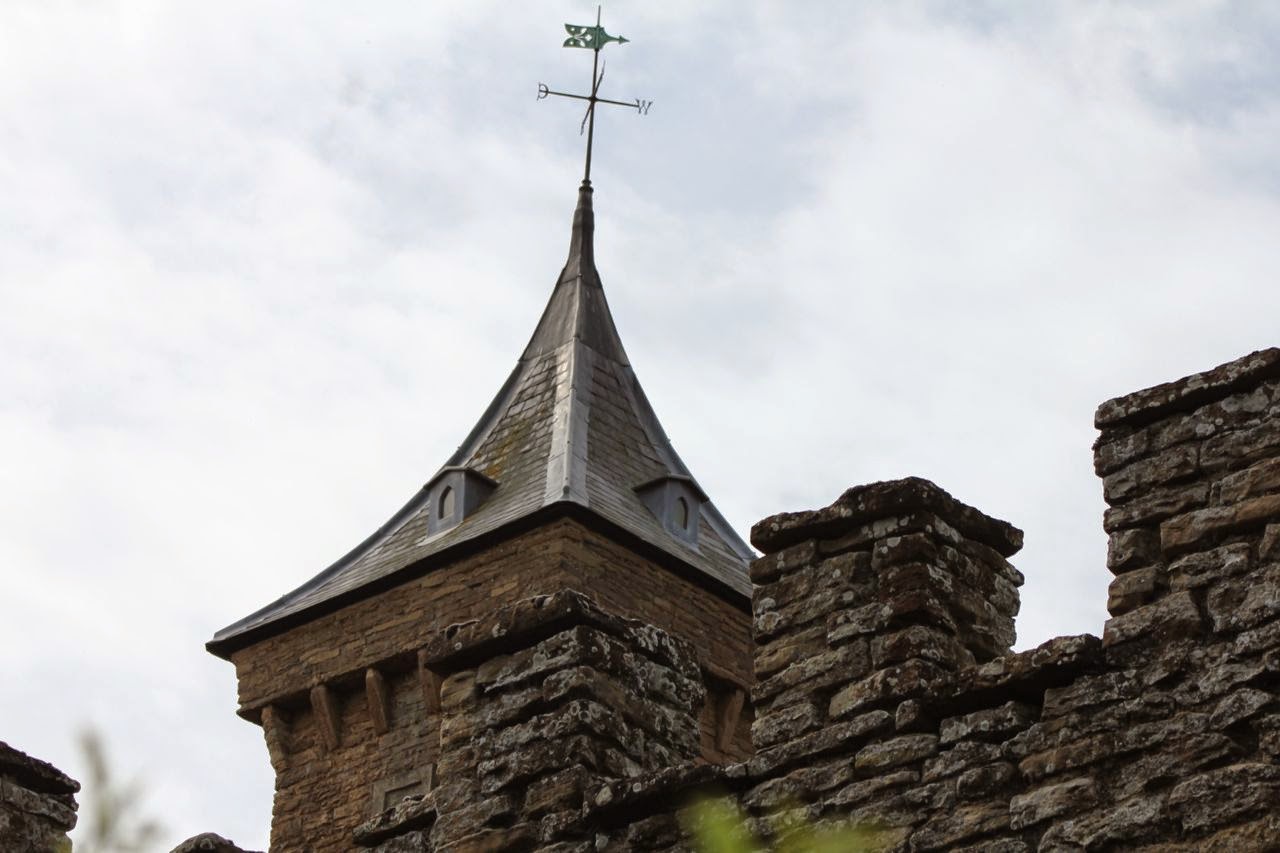 Next we followed the Boughton Road, along past Holly Lodge with its gates made of garden implement shapes, and on to the reputedly haunted ruins of Old St John's Church - the graveyard is still used occasionally. 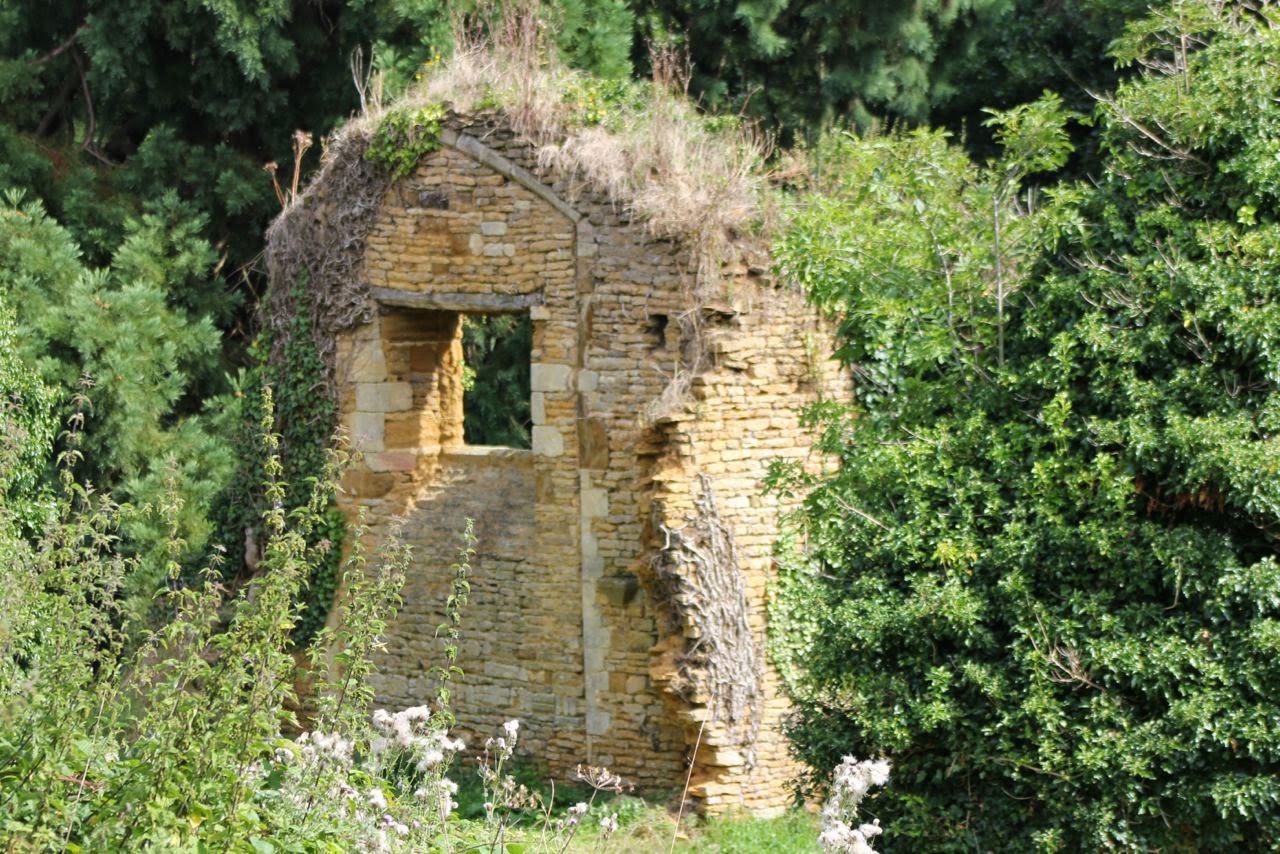 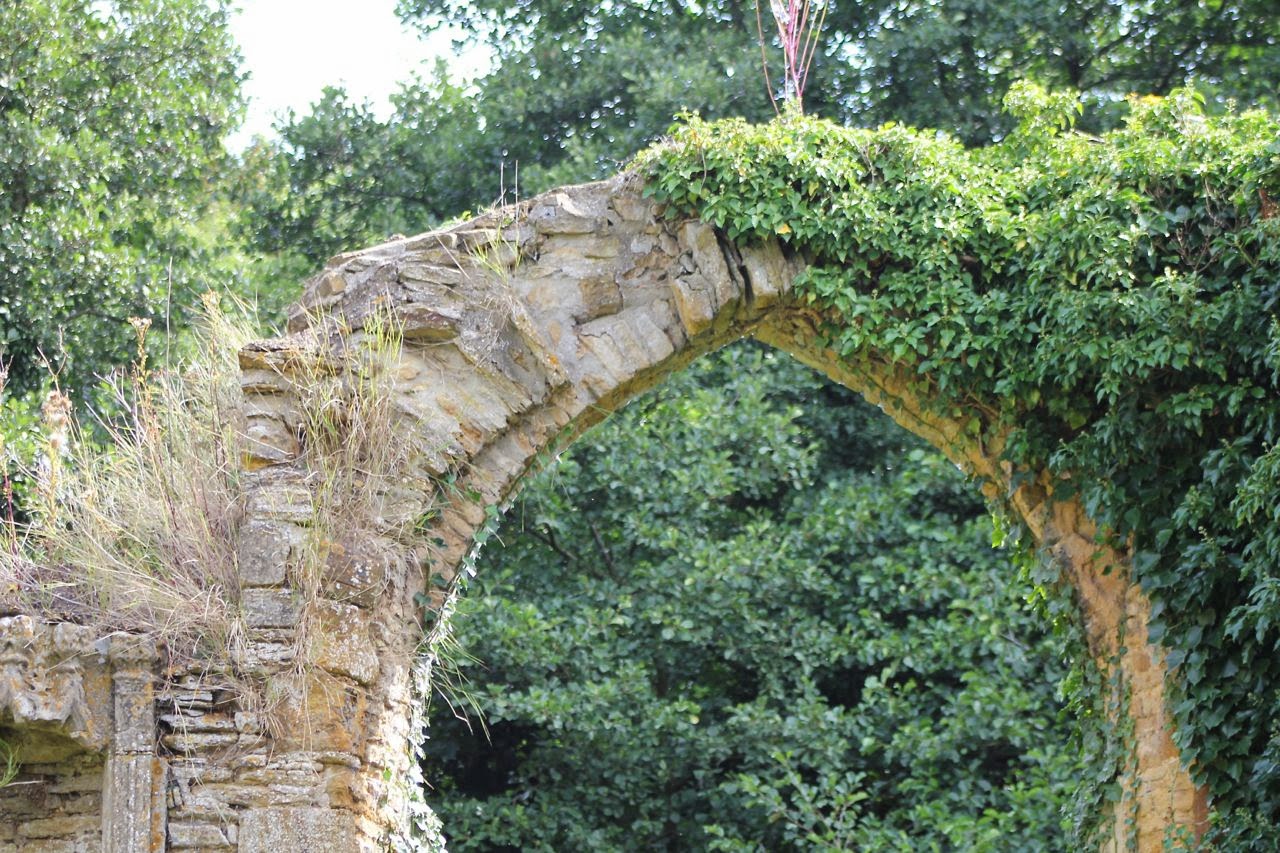 Back to Holly Lodge, and we turned on to Spectacle Lane, a peaceful relief after the relatively busy Boughton Road. Past the Spectacle Folly, and through the ford, or over the bridge, and on to Pitsford Road. 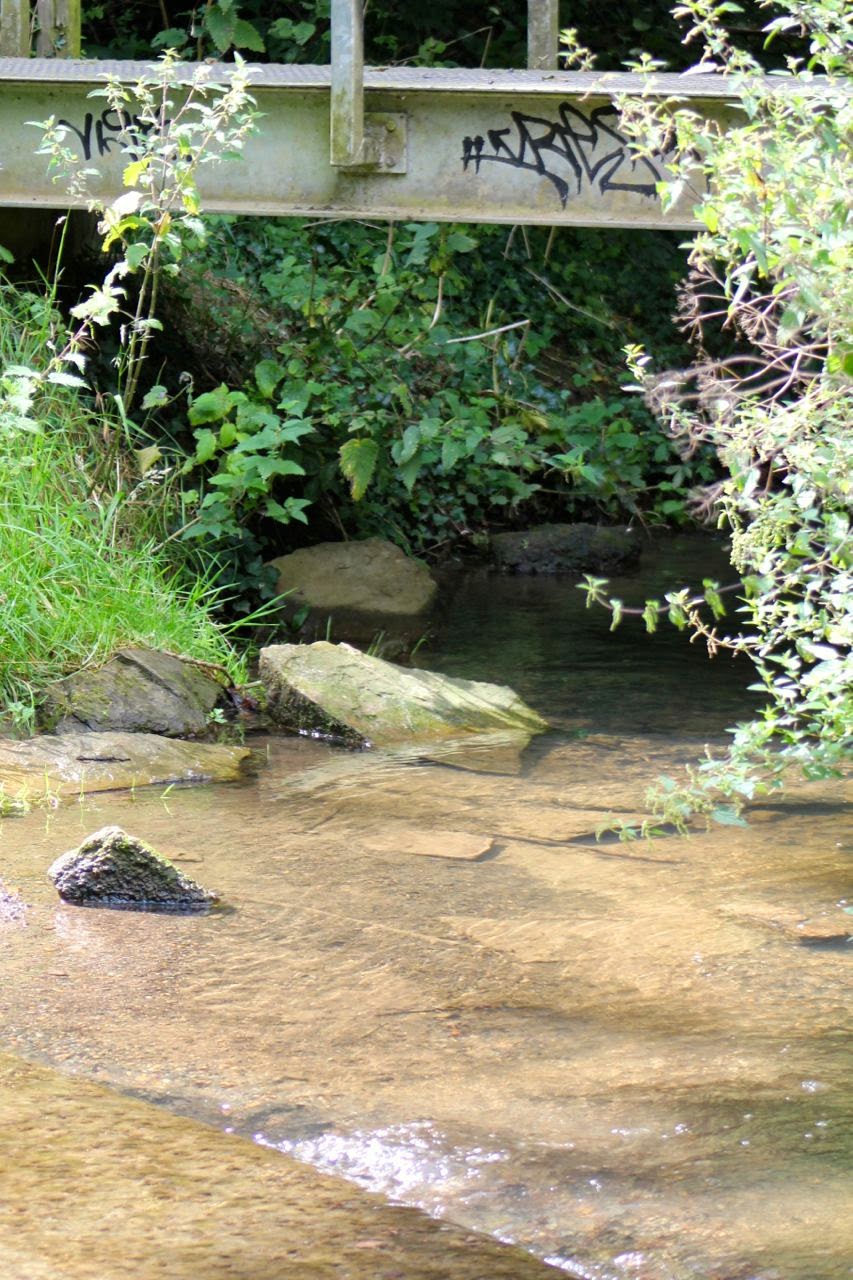 Across the road to a footpath well supplied with more nettles - and a badger sett. The path turns left, going north west into Pitsford village. 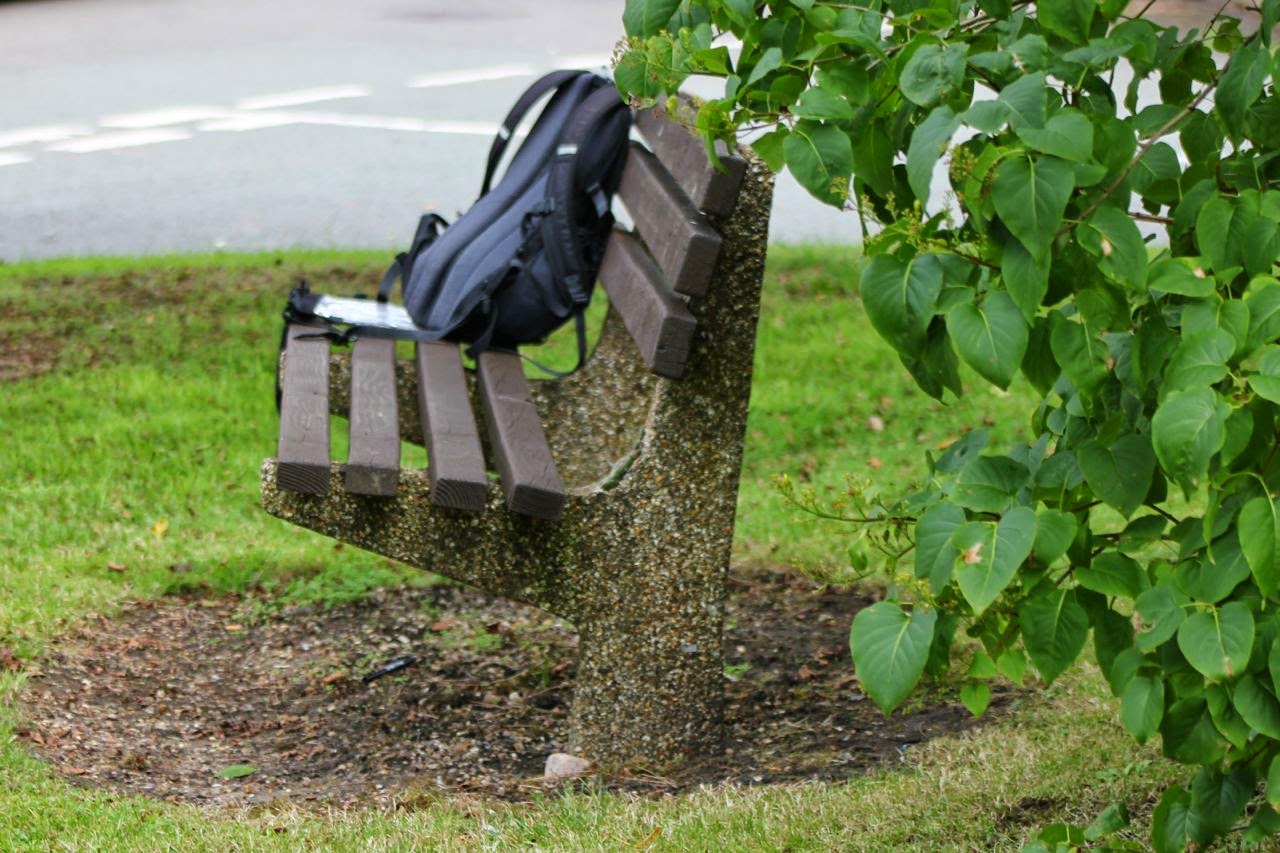 Ah ha! A bench. Good excuse for another stop, and a cereal bar top up.

From Pitsford we took Grange Lane, leading to a car park and the reservoir. We joined the round reservoir track for a very short distance before it turns left, but we carried straight on towards Moulton Grange. 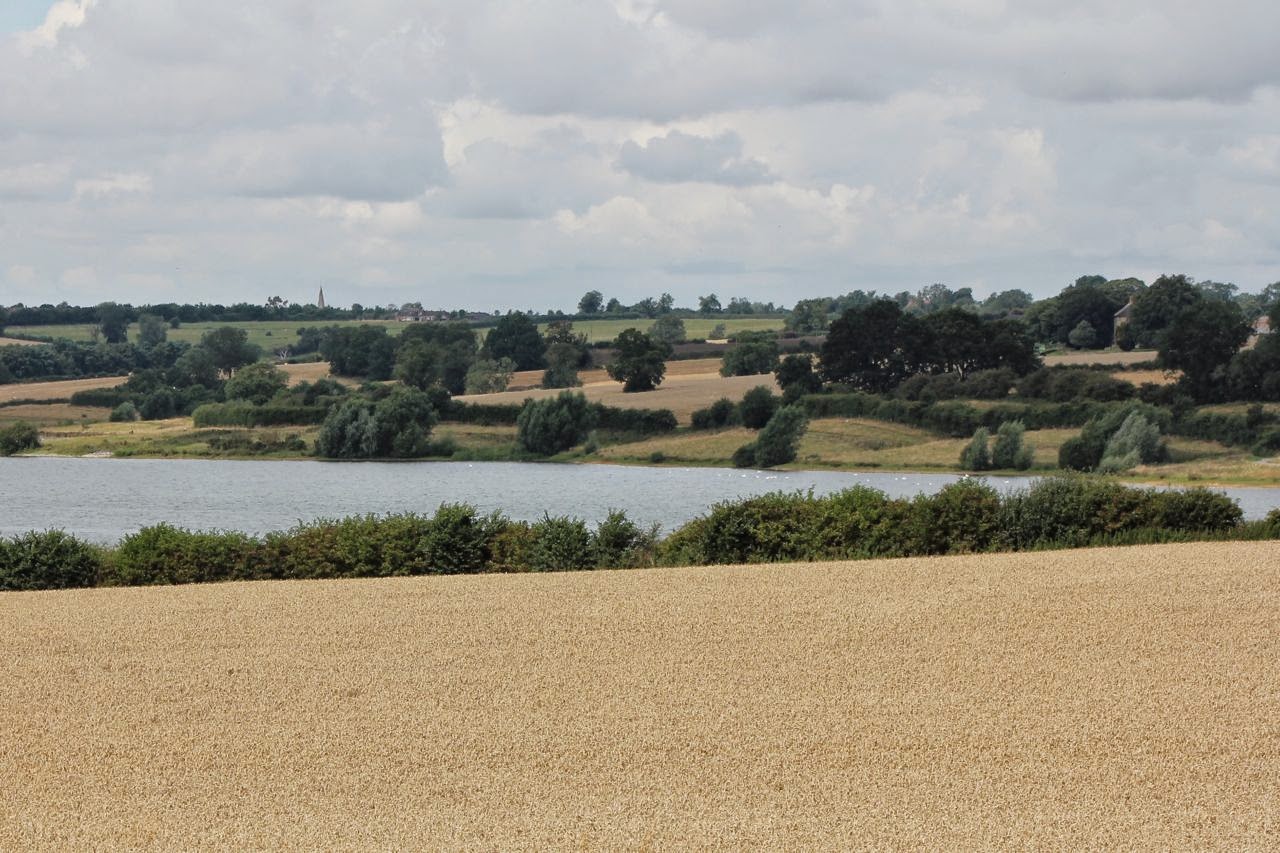 Our footpath is along a private road, then along field boundaries with views of Pitsford Water from the heights. 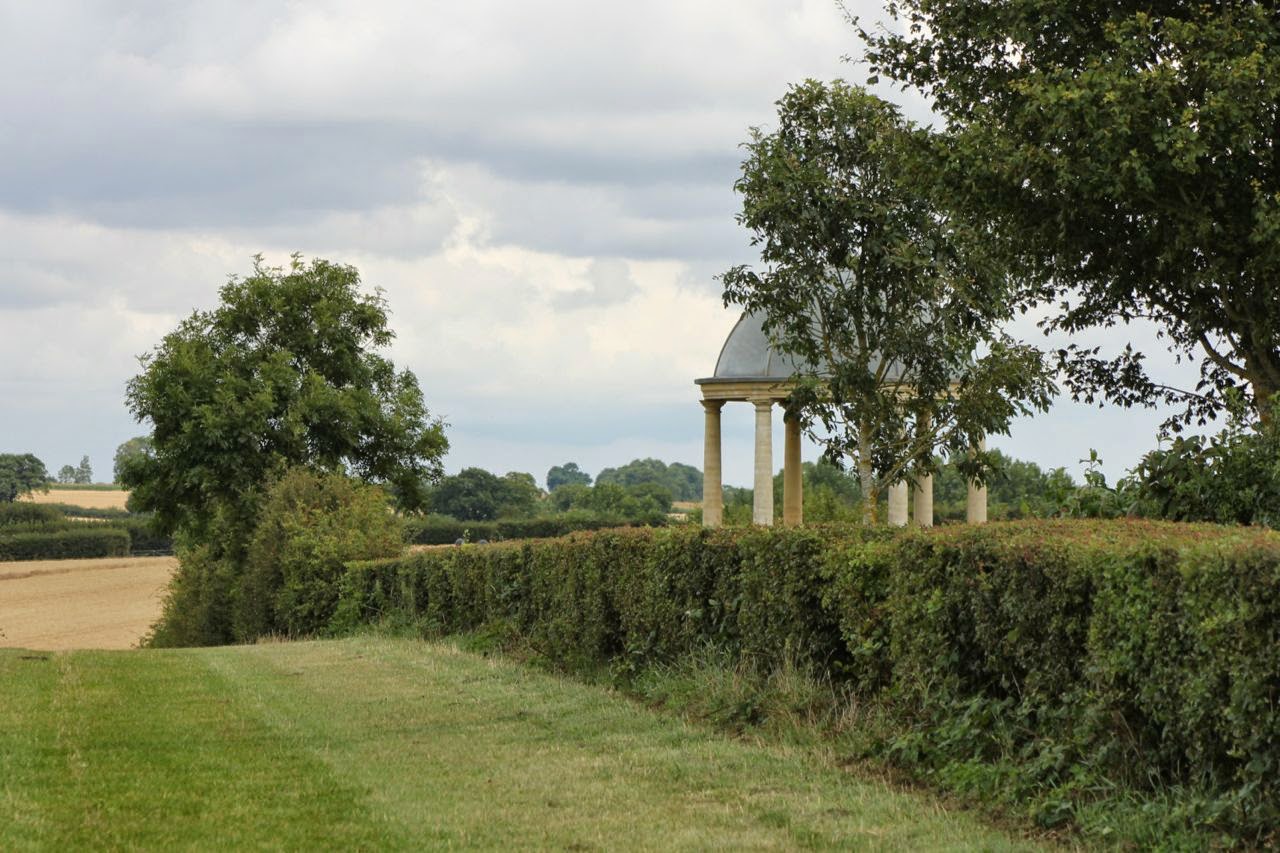 The path goes north east, making a dog leg (clearly signposted here), then passing a well kept cricket ground with memorial cupola to a local businessman before we catch a final view of Pitsford Water. 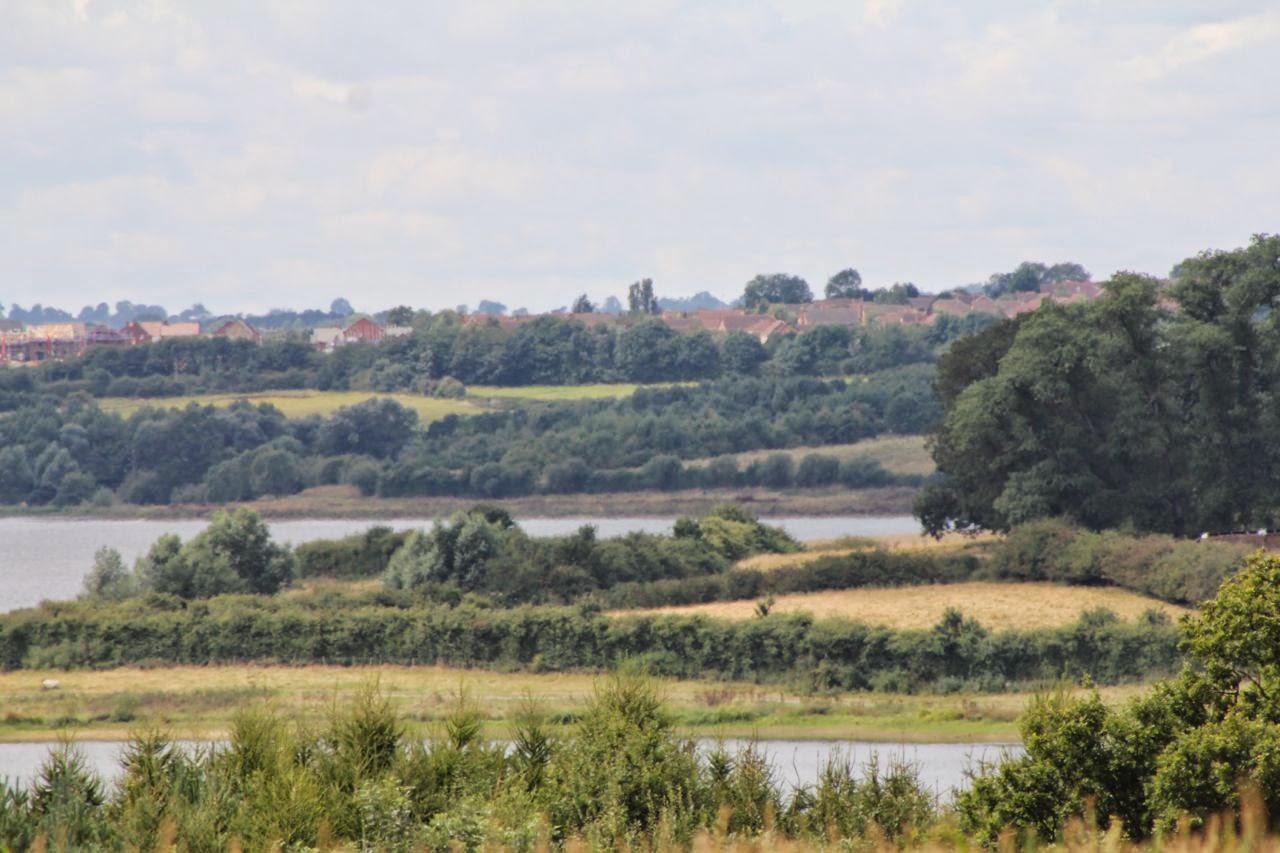 We emerged on the road to the causeway just outside Holcot.

Around ten miles in all.
Map and details

Again some great shots. I particularly like the one you featured on fb.

Thanks, Ida. Quite an atmospheric - "spectacular" walk!