Great Gidding circular via Luddington in the Brook

Thu, 2014 Mar 27 9:44 AM GMT
Led by Barry, with me and Gordon. Mostly flattish bridleways. Horse country. Almost 9 miles. Weather fine, though there was a lightning flash and clap of thunder shortly before we finished walking. Underfoot not too bad - mud avoidable.

Not a day for great vistas or blue skies today.

We begin by walking through some of the village, past the church where lots of daffodil-narcissus are flowering. 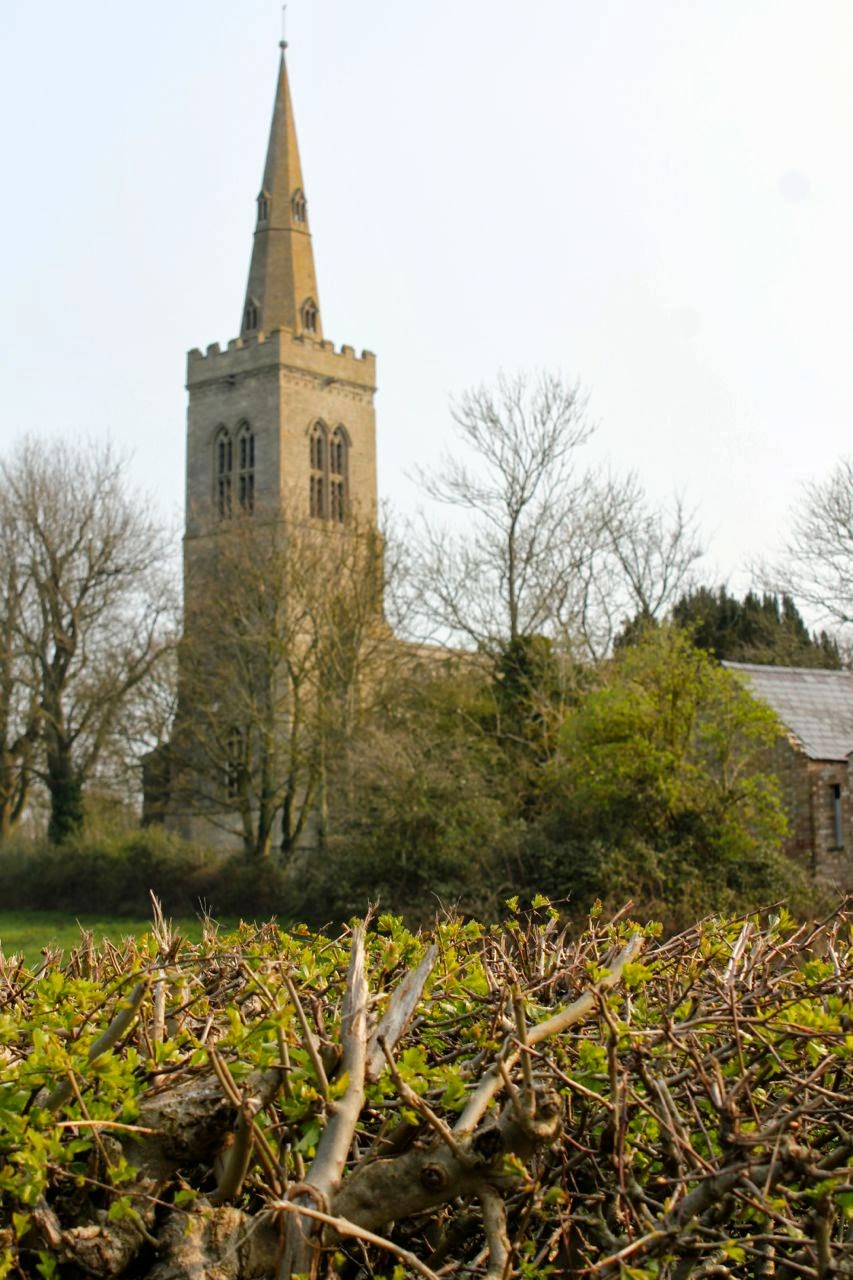 We follow the road towards Luddington in the Brook, turning left down the drive towards Brook Farm, just opposite Ash Tree Cottage. When the drive bends to the right, we turn left along the footpath. This leads past fields of horses . . . 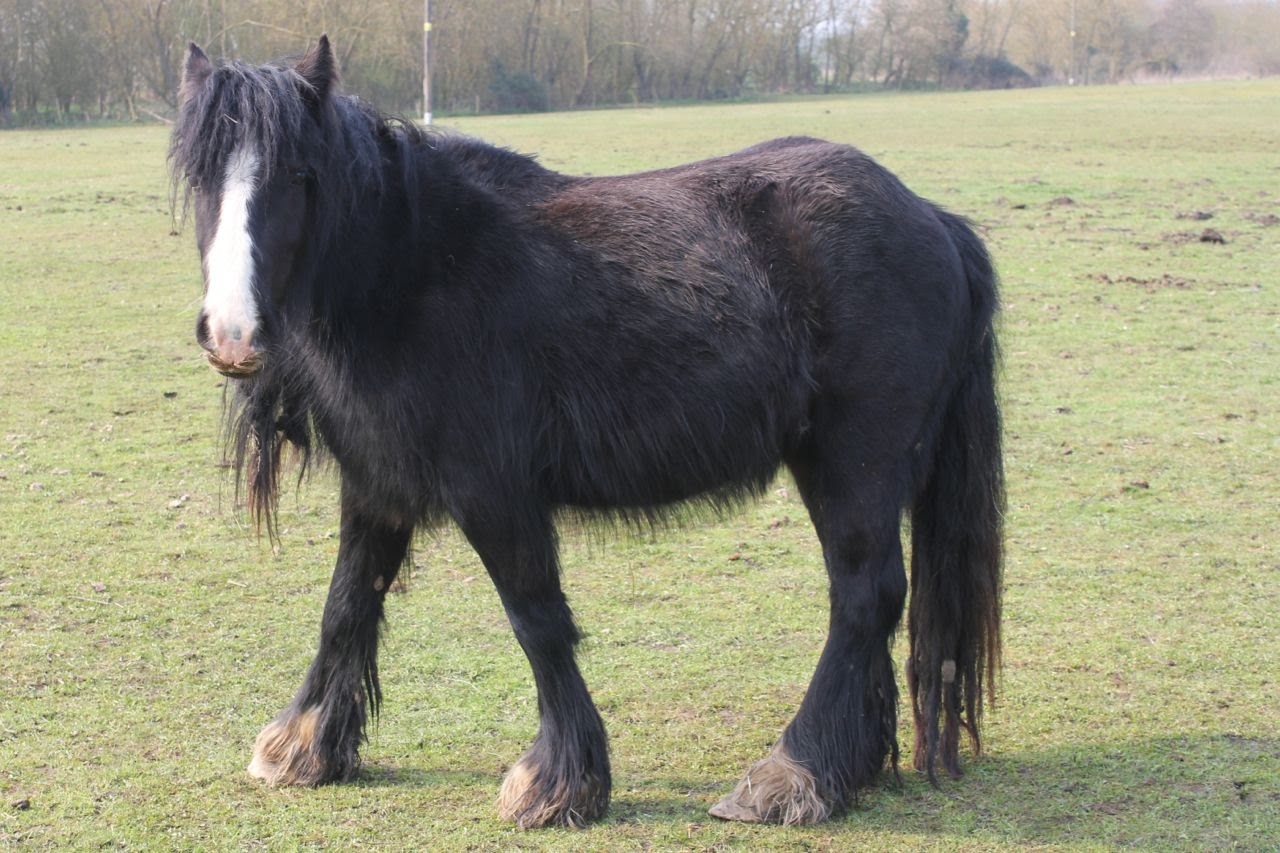 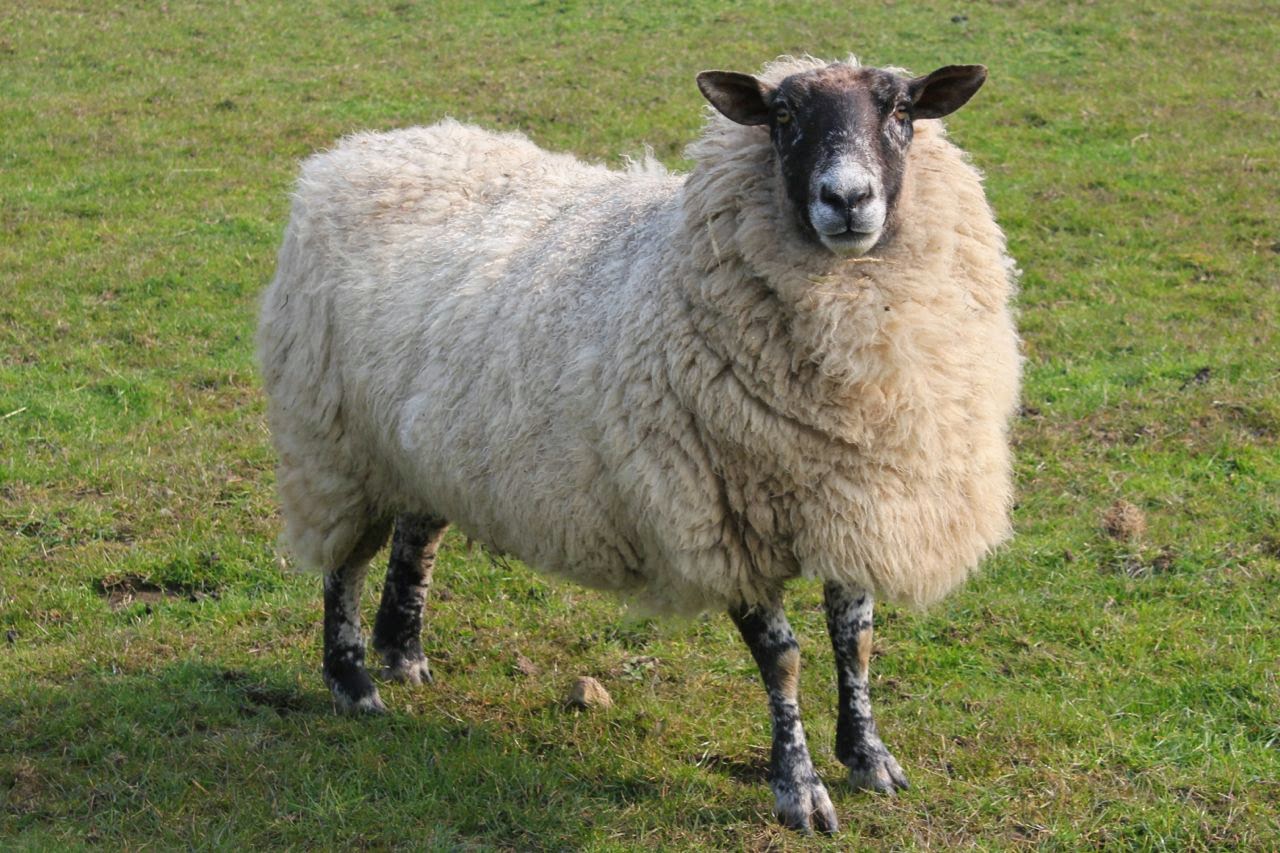 and on to a lane which leads to St Margaret's church, which is closed but has a fine selection of gargoyles and grotesques. 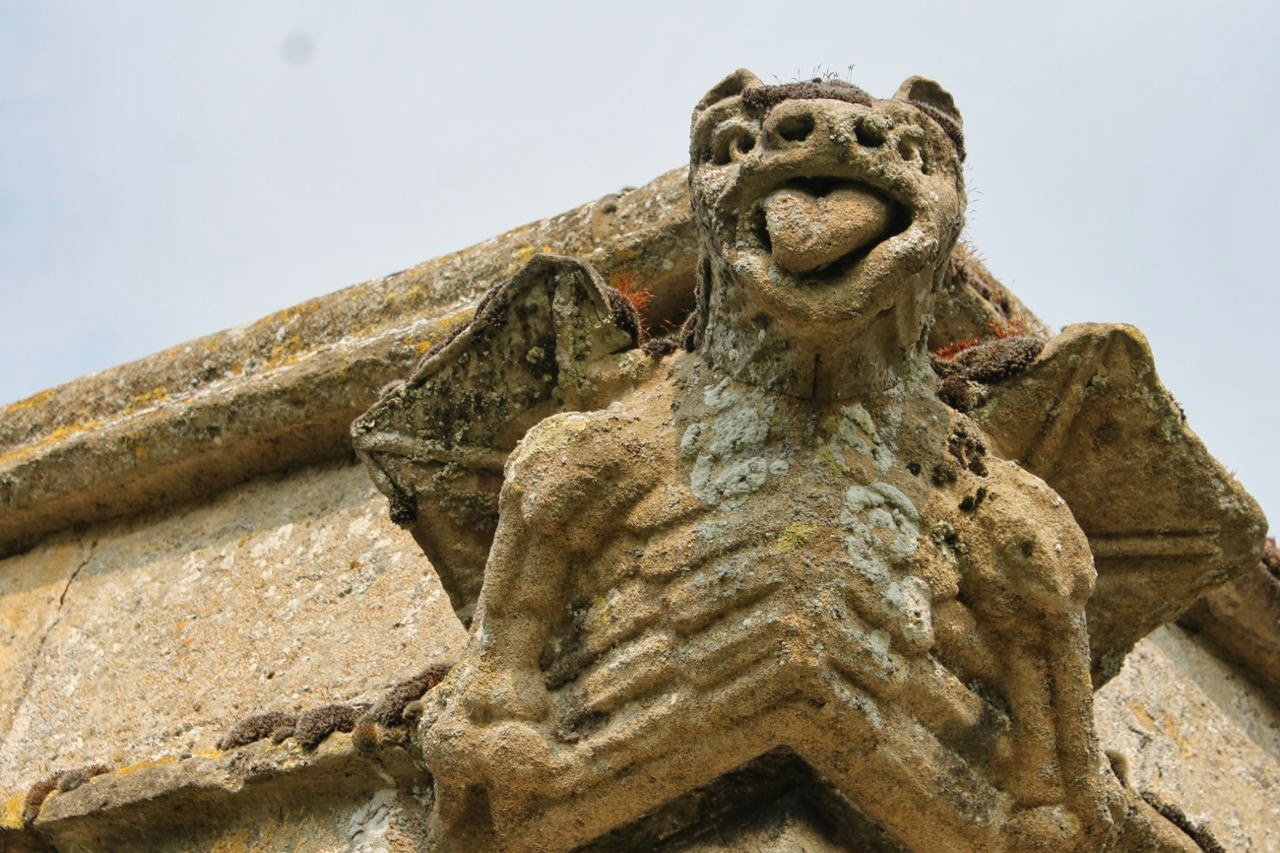 We pass this statue among more daffodils, in a rather magnificent garden. 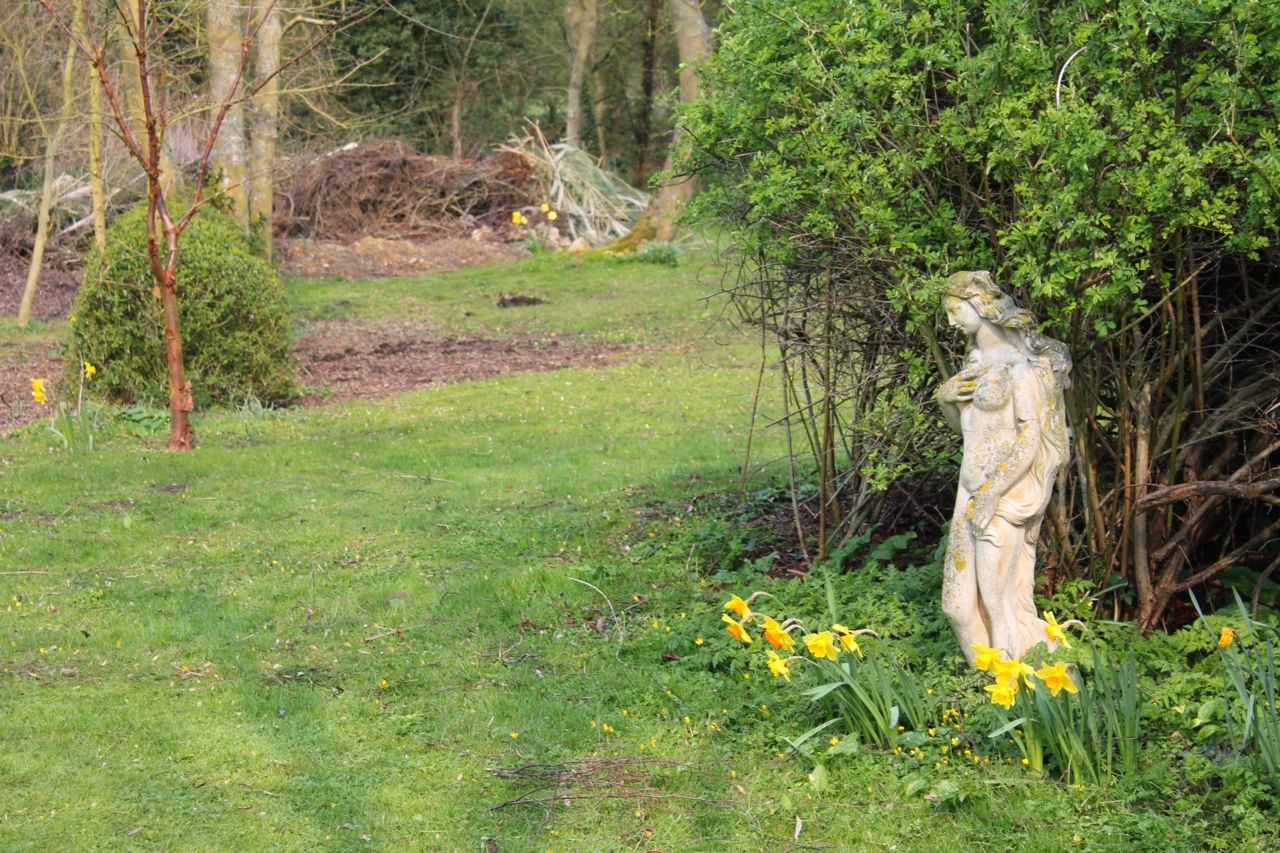 We take the bridleway west for a couple of miles towards North Lodge Farm, along the stream at first, and then heading off to our left. We turn southwest and cross a field just before the farm and meet the Barnwell to Thurning road near the farm drive.  Now the path heads south. After a good half mile near some woodland we turn to our left, still following a bridleway. This is not far from South Lodge Farm.

We are now going southwest, between two areas of woodland, and meet the road from Clopton to Thurning.  We turn left and walk along it for a couple of hundred yards before turning right along a bridleway by the edge of more woodland.  Another mile or so and we come to a T-junction of bridleways, and a footpath sign beyond as well. We take the left turn north east along Gibbet Lane, which is a wide grassy track.
We cross the road between Winwick and Thurning, and walk along the drive towards Luddington Hall, which is a bridleway too.

When the road bends to the left we carry straight on and follow the bridleway, well marked with hoof-prints in the mud.  As we approach Great Gidding the sky grows darker, and I feel a couple of heavy drops of rain. Waterproof back on just as there's a flash of lightning, followed closely by a thunderclap. We have about half a mile left to walk - the rain isn't too heavy, and there's no more electrical activity. Good timing for today's walk - the afternoon has been pretty wet.

Click on pictures if you wish to enlarge them.
Map and details
Posted by aliqot at 8:26 PM

I got caught in that rain Alison.
Gibbet, a lot of history to that name. Yes, now that is a useful crime prevention measure. {:))