Thu, 2013 Sep 12 9:33 AM British Summer Time
Led by Barry, with me, Maureen and Gordon. Flattish, sheep and cattle and some arable. Dry weather with a little sun later. 7.8 miles.

I meet the gang at East Carlton, and we make out way by car to Walcote once more. We park behind the same vehicle - 6IGEON of clay-shooting fame - as Monday.

We take the A4304 for a short distance before our path leaves to the left - somewhat hidden by the lushness of the hedge.  We cross the field and then walk along the edges going south.  We pass a few tiny ponds in field corners and clamber over ten or a dozen stiles. We notice them today - nearly all are slippery.   In one field behind Thornhill Stud,  there are several horses.  A white one is quite interested in us - not just for a fuss though.
We walk past some old practice jumps , then cross the Lutterworth Road.  Near Swinford Corner we take another path southwest - a bridleway this time, so no stiles for a while.  This leads towards the M1 - we kept on the bridleway all the time, ignoring a path to our right.   When we reach a bridge carrying the farm track over the motorway, we wander out to watch the traffic rushing along, then go back , and leave the bridleway, taking a footpath   going south east with the motorway roaring away on our right as we walk.  After a couple of hundred yards we turn east, and the noise grows fainter, as we approach the village of Swinford - nothing to do with swine, it seems, according to some online information:


The village of Swinford is a compact village at the head of a small tributary of the River Avon. The Anglo-Saxon name would have been “Suin Heaford” meaning “the head or source of the Swin Stream”. In time it was shortened to “Swin-ford”, but has nothing to do with swine!


The village is quite big, and provides a seat where we sit a while.
Our footpath heads slightly north of east, past a playing field, over fields (more stiles) and past a wooded area, before meeting a byway heading more or less north.  The main features here are power lines and wind turbines, both of which provide background music as we go. 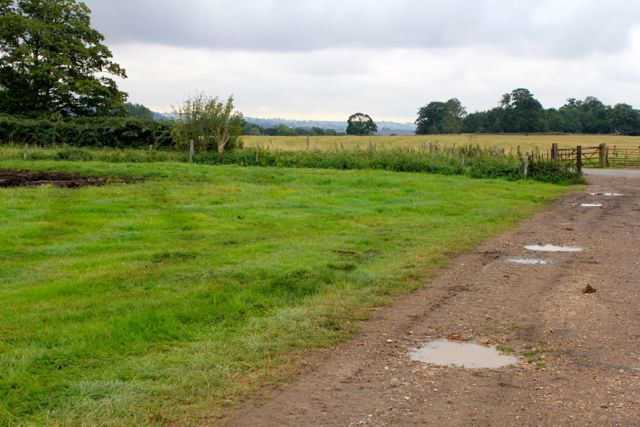 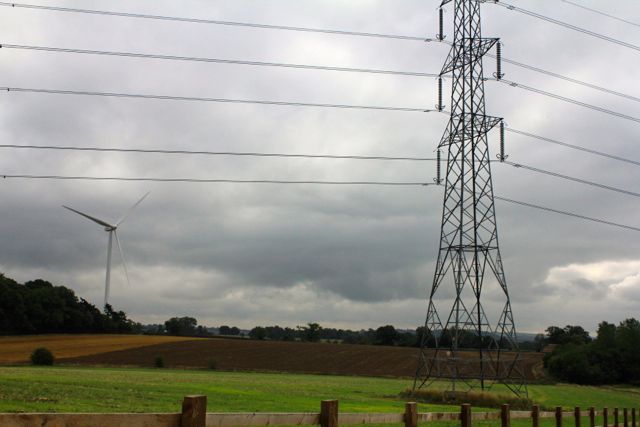 After almost a mile, the byway meets the road between Walcote and Swinford.  We promised outselves we'd have a second break today, so we sit on a handy length of wood, even though it's no more than 3/4 mile to Walcote.  A bus passes by, but little else. 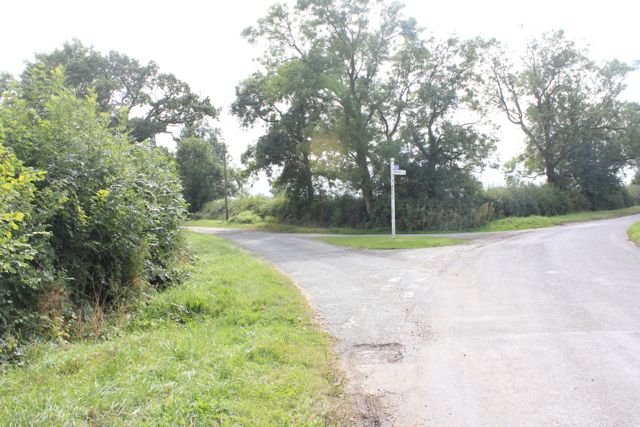 On the roadside there's a stall with plums and veg. Too tempting - I pays me money - but the paper bag's wet and they fall out instantly.  They're not difficult to collect and re-bag, and tonight I feast again!


A pleasant walk, with more than twenty stiles - and no rain until later in the evening.  There are still a few swallows around.

Map and details
Posted by aliqot at 11:12 AM

People complain about how ugly wind turbines are, although not related they do look much better than those ugly pylons Alison.
The Orchard Farm site looks interesting.
http://www.orchardfarm.info

I'd rather have them than a nuclear power station in my neighbourhood!

The farm does look interesting - though I hardly ever eat meat.

I dont eat any meat, only fish and poultry.