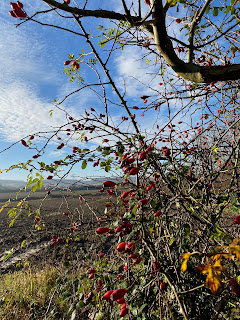 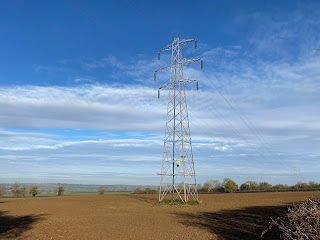 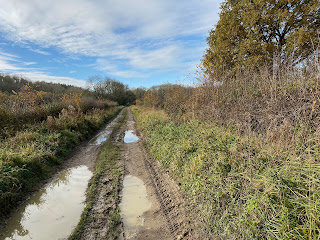 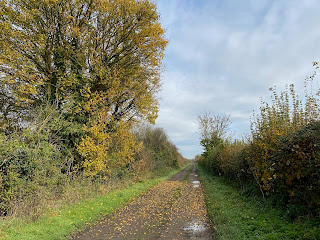 From Gretton, along Arnhill Road, under the rail bridge to the bridleway, turning left before reaching Rockingham Road, and after another left turn along a path between two rows of trees I joined the Jurassic Way footpath going towards Rockingham - that'd be a right turn.  When this footpath (heading south west) meets the path heading almost east, I turned left and through a couple of fields to the point where it crosses the railway line, not far from the tunnel. A steep climb leads up to the top and then the path goes, via a stile into a ploughed field - there's room at the edge, but once or twice I've almost been tripped by hidden wire... At the end of the field a muddy bridle way leads (left) to Corby Road and I returned via the farm tracks and footpaths.

That was about four and a half miles.

Email ThisBlogThis!Share to TwitterShare to FacebookShare to Pinterest
Labels: 5 miles and under, Gretton, Northamptonshire, OS Explorer 224