We cycled to the Barrage de la Gileppe, a long drag uphill, but there was a fair breeze so we didn't feel too suffocated.

A little tricky to find the route out from Theux at first. Then under the motorway viaduct. In spite of warning signs and  road works at Polleur but we managed to get through with bikes. 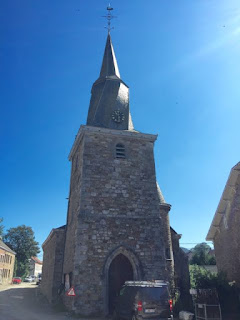 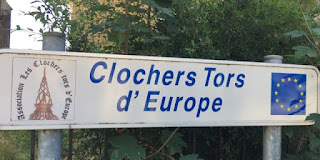 The twisted spires of Europe....

I had a puncture, which Harry mended pretty quickly.  A longish hot drag uphill to Jehanster, on a mainish road. At Jehanster we stopped for a coffee and cake, in the shade next to the church. Then we took rue Alphonse Collette   We followed the Chemin du Bois des Recollets as far as the Chemin des Aubépines, mostly an unmade track, which turned right and became Vervierfontaine.
This met a main road, which we crossed into Foyr. At the route de Foyr we turned right. Short pause to check the route. Then downhill quite a way, over the little river and up a bit, eventually turning left at Foyeuru. This led uphill briefly then more downhill to the Pêcherie de Foyeuru, then uphill to the N629. We came out opposite the Café de la Gileppe, which looked distinctly closed.
There was a track beside it, called Chemin de Lisaion de ... La Gileppe. We  followed this downhill and up. It was not a brilliant idea, as at some point it turned into a mountain bike track, and we decided to head for the road through a thicket of brambles. Shredded legs proved too much, so we went back down to the track, pushing the bikes. And finally arrived at the route de la Gileppe and the dam. We visited this more than 30 years ago, when cars were still allowed on the road by the lion...I think. 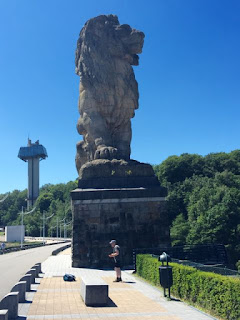 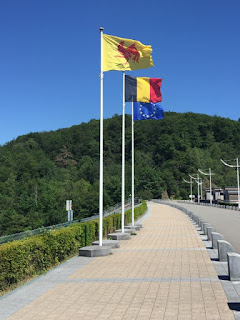 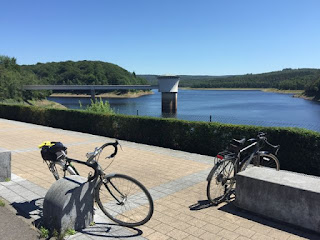 A coffee, then we rode over the dam and along for a mile or so. 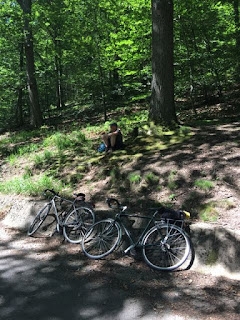 Had a picnic in the woods, a nap on the grass, and set off back at about 10 to 4, taking the N629 as far as the cafe de la Gileppe (now open) and then retracing our route. 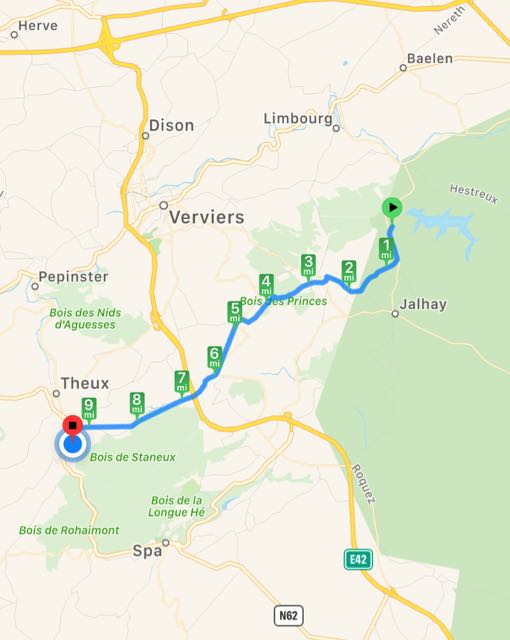 We were astonished how far down the hill fromJehanster to Polleur was - no wonder we were knackered.
In Polleur we found a little alimentation and bought baked beans, spuds, eggs and strawberries. A feast was had on our return. Spuds were pretty awful, but ok mashed with yogurt. Strawberries were good.
Altogether we estimate around 25 miles. Google says 16 km by its route one way.And ours back was around that too. The return trip involved 761 feet of descent and 188 feet of climbing. I think the journey there involved more up and downs than that especially with the detour.

Watched France-USA women's football. Rapinhoe is an interesting character.
Posted by aliqot at 2:24 PM No comments: Links to this post