With Maureen and Eddie. About 8.5 miles. Flat, some mud. We were doing a check on part of the Leicestershire Round route.

We set off from the Foxton Locks Top car park, walked along the road as far  as the canal. we turned left and kept the canal on our right, passing the viewpoint over the inclined plane, and then the small museum, before crossing over to the other side as we approached the bottom end of the flight of locks.

We kept to the canal towpath, not taking the Leicstershire Round route, partly because it is poorly marked from this direction. we left the canal just before the JG Pears factory, and crossed the B6047 to pick up the footpath which goes to the left just before the weighbridge. For once this path was easy to walk and has obviously been cleared. I have felt the need for a machete before now!

Our route heads north across a couple of fields and becomes the Leicestershire Round, which leads us under the mainline railway and over the Langton Brook via a footbridge, then across fields, past the memorial stone to a horse called Lottery (the first winner of the Grand National - see link and this one. ) There's a picture by John Frederick Herring Senior in the Woolavington Collection of Sporting Paintings at Cottesbrooke Hall as well.
The path here is clear, well marked, with a few stiles and gates. Before long we arrived at the bench at the bottom of the hill into East Langton, and stopped for a break.

We returned along the Leicestershire Round path, following the route in reverse - past Lottery's stone, over the footbridge, and underneath the railway. After another two fields and a strip of woodland, there are two more fields. The factory can be seen ahead. We crossed the A6 and went up the steps on the other side. After another field we turned right following the sign, towards the B6047.  This time our way was clear, apart from some dropped litter. I have seen it overgrown and virtually impassable in the past. We came out at the road, and turned right for a short distance to use the central island to cross the road.


The footpath sign leads us down a concrete slope and to the corner of a field. The path should take us about 50 yards to the left of the small brick building. I didn't spot the path today, so we ended up doing the two sides of a traingle instead of the hypotenuse, but we picked the path up at a footbridge . We followed the waymarkers, although there is one point where we were unsure, but eventually we came out at a gate and stile to a path between houses and outbuildings. This leads to Swingbridge Street, in Foxton.  Turn L and soon R to take footpath between houses to Middle Street. Turn L, then R on path between hedges to Main St, opposite Shoulder of Mutton pub. Turn L and walk up to Canal, turn and follow Canal to Foxton Locks. Signage a little hit and miss through the village.

Maureen and I stopped for a tuna sandwich at Bridge 61. 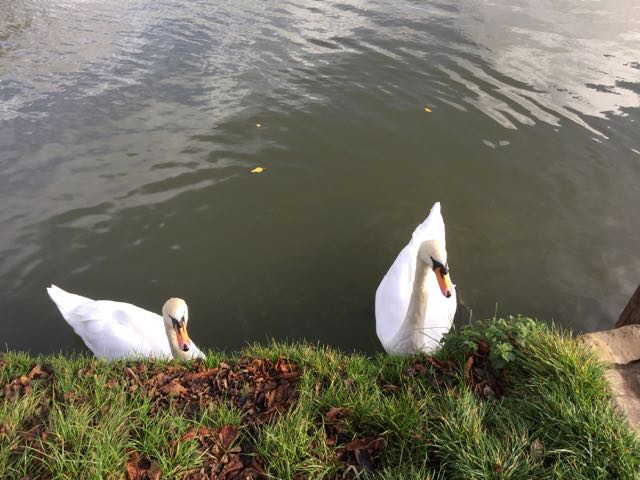 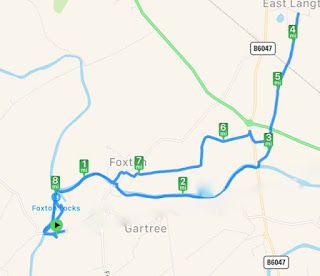 I particularly like the first image Alison. Classic shot.