Fotheringhay, Elton and the Nene.

With Maureen.  This is a walk we found in Market Harborough Living magazine. Advertised as 5 miles, but my measuring apps put it nearer 6.

A very pleasant walk, almost entirely flat, with very few stiles. Fotheringhay is the birthplace of Richard III, and the site of Mary Queen of Scots execution. 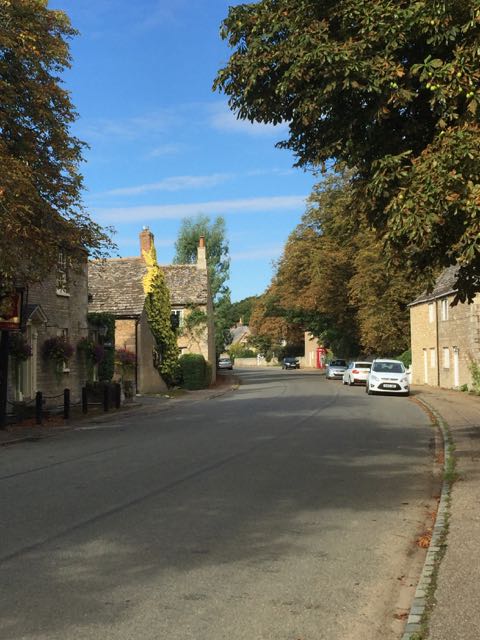 We parked in Fotheringhay, and walked away from the church, past the pub to a footpath just before a red phone box. The path goes to the Willow Brook. 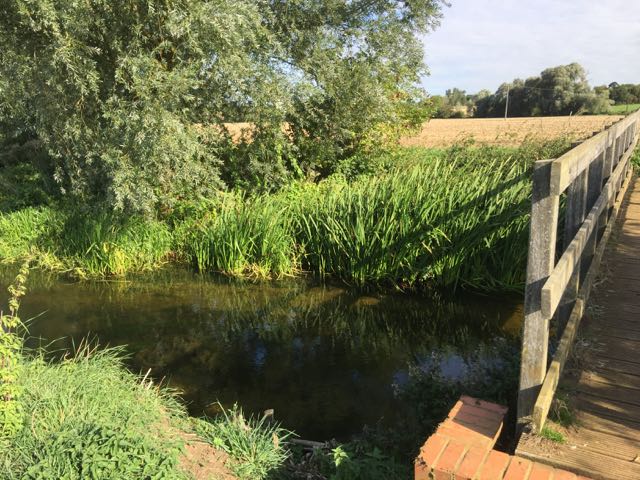 At this bridge you turn left and follow the brook until you reach the Nene Way. 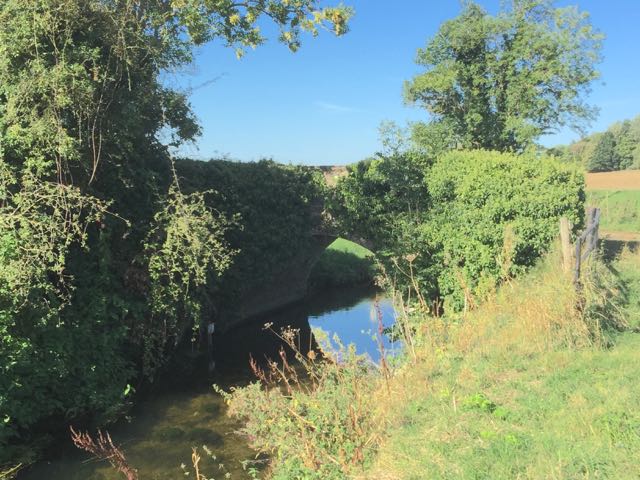 Turn right along the Nene Way, ignore the footpath to the left, and take a path to the right shortly afterwards, through some trees and across a field. Aim for the right hand edge of the coppice ahead.  There is a small pond, though it was dry when we walked the route. Head towards Park Lodge farm, across a smaller field, and go through the farm yard. 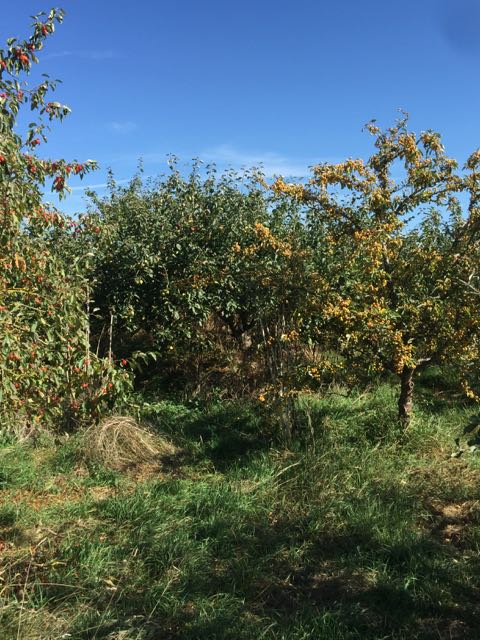 Go past an overgrown orchard, and over a stile into a field. The farm drive turns slightly to the right at this point.  At the other side of the field go over the stile and cross the road.
Follow the track on the other side of the road - this continues to the River Nene.
Cross the bridge with the locks.
At this point we had a break, on the steps by the river. 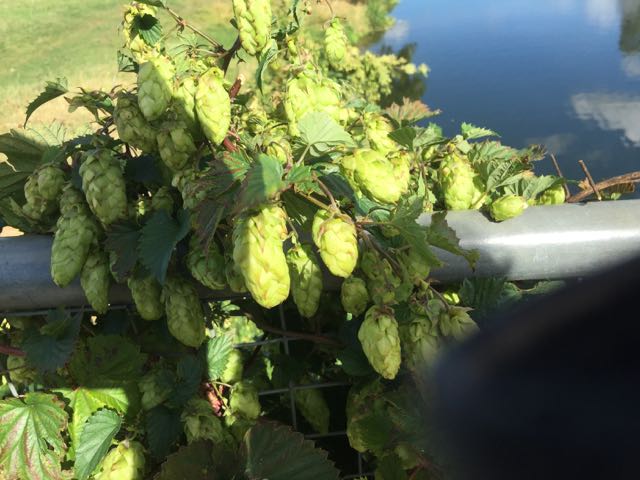 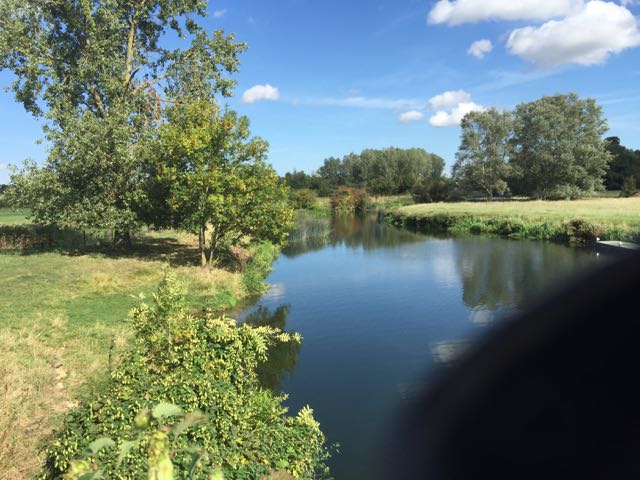 There were a few boats around, one waiting to go through the lock. 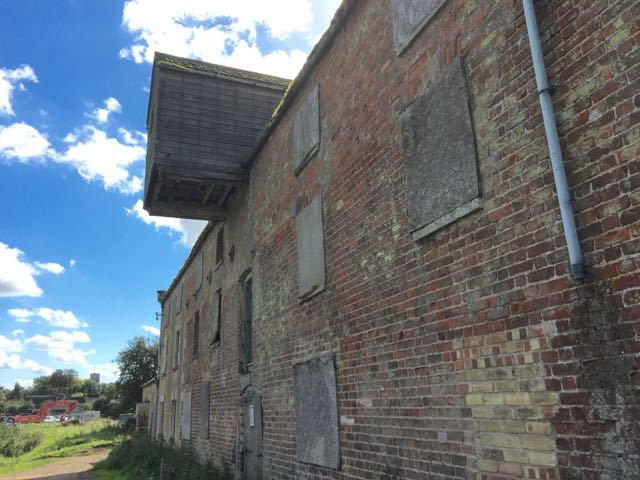 We went past the disused Elton Mill, and through a gate into the village. We turned right and then right down Chapel Lane, past the Methodist Chapel. 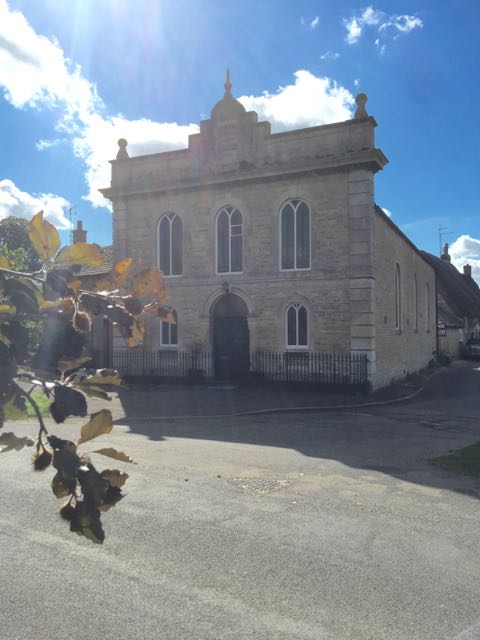 In Elton we saw a fair number of martins wheeling around. I guess their bags are packed and they're checking in for the flight south. 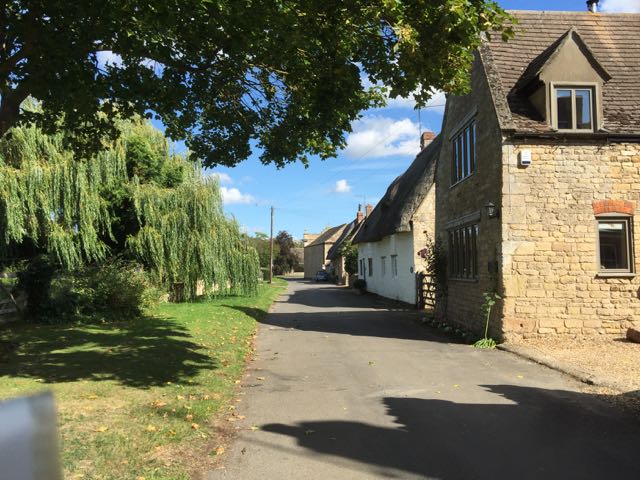 We ignored the first footpath on Chapel Lane, continuing along the bridleway, with Elton Park on the left. 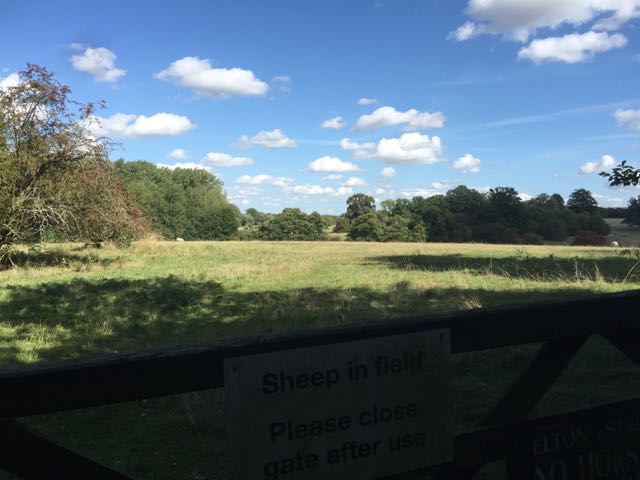 After a mile or so, you approach the A605. We saw this little creature on the blackberries . . . 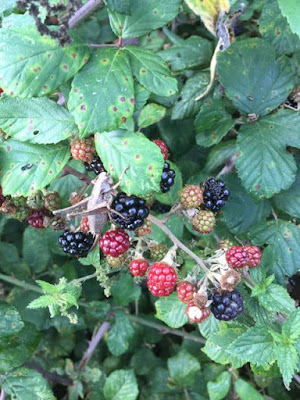 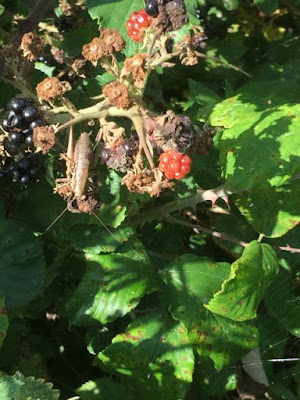 The path continues on this side, and goes past Warmington Gravel Pit, and on to Warmington Mill. 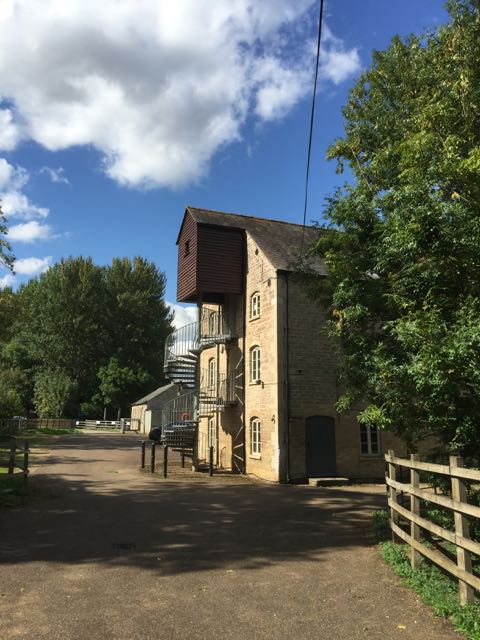 Turn right just before the mill building, then left and rejoin the Nene Way. This takes you all the way back to Fotheringhay, over a footbridge and Warmington Lock. 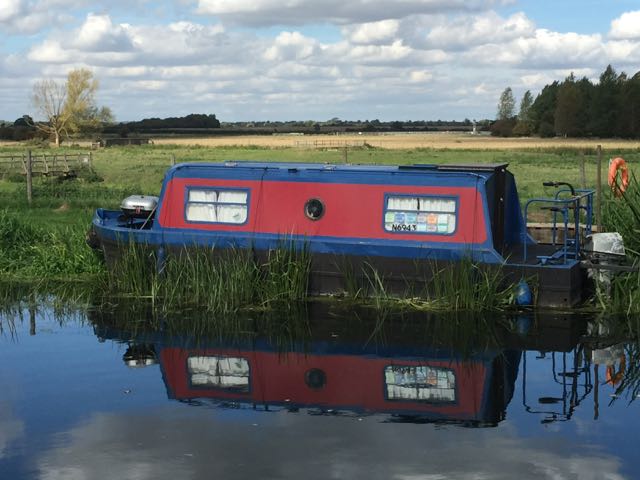 After the lock aim for the gap in the hedge to the left of the church. On the way into the village you pass the Castle Mound.

We had lunch at Barnwell Country Park, near Oundle.
Posted by aliqot at 1:41 PM

I want that little barge!

That looks lovely and you have some super photos.

It was a good day for taking photographs, and some great subjects too.