On Monday, I took my not quite eleven year old grandson, Isaac, who has his wrist in plaster after a sports accident a month ago, for a wander on Otley Chevin, when we eventually found the car park. 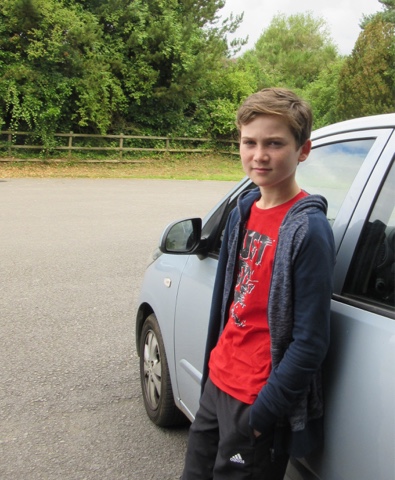 We picked a handful of bilberries and walked about two miles.

Grand views from there in spite of threatening clouds. And we found and ate a few bilberries, too! 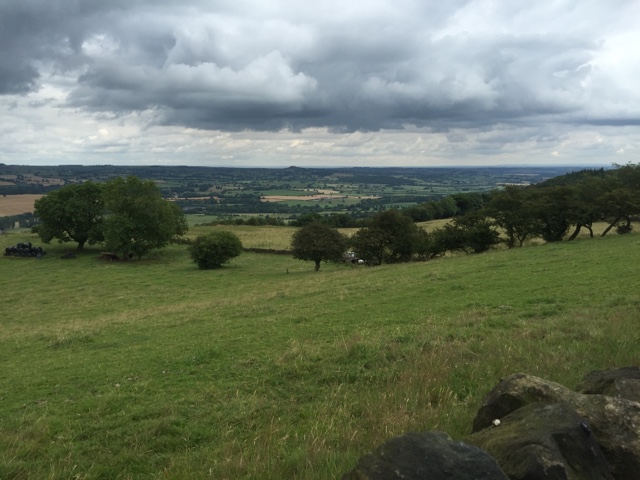 Next stop Golden Acre Park cafe for lunch, then we walked for another three miles or so.
Logging the mileage motivates youngsters (and oldsters) pretty well!

Tuesday, I had a couple of hours to myself and drove out to the Cow and Calf car park. A scramble wander to have a look at an old haunt, then a short stroll to a nearby cairn. Wonderful views again - I think I only realise how I've missed the hills when I see them again. But this was very short and no more than 200 feet of climbing!


I returned to the café, and tried out my Italian, which has now become hispanicised, on the man serving coffee - from Vieste in the Puglia region. The climate here looks a little different.

It looks lovely. I've never been to the moors.

These places are not far from Leeds, but The Dales and Moors are well worth visiting!

Thank you, Ida - just a pity there wasn't more sun, but hey, it's kinda moody!